But the length of time between this era and the modern world means that not everything about this period of antiquity is actually known to us today. Records are lost, stories become embellished, and so on. Here are ten mysteries about ancient Greece which still remain unresolved.

10 The Secrets Of The Eleusinian Mysteries 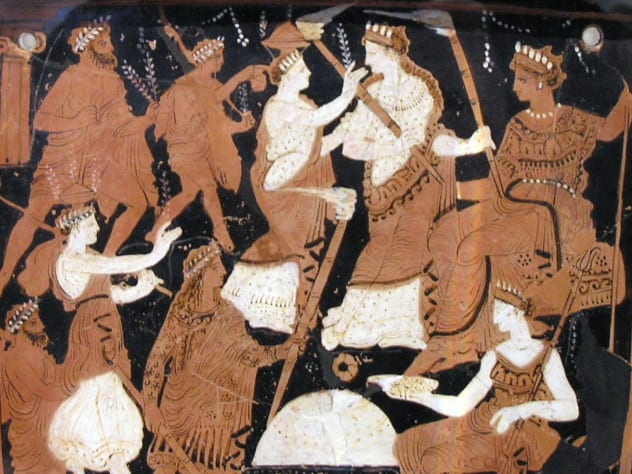 One of the most intriguing mysteries of ancient Greece concerns a secret organization whose name also helped to define the concept of “mystery” as we understand it today.[1] The Eleusinian Mysteries were a religious cult which revolved around a series of clandestine rituals and ceremonies, many of which still remain unknown today. (Note that the term “Eleusinian Mysteries” is also used to refer to the rituals themselves.)

One of the reasons for our current lack of knowledge is that the Mysteries were designed to be kept secret, and followers were forbidden to divulge the details of the cult’s inner workings. It has even been claimed that anyone who did reveal the truth risked being killed. The limited number of sources discussing the nature of the rites involved makes it even more unlikely that the whole story behind this cult will ever be known in its entirety.

9 The Life Of Thespis 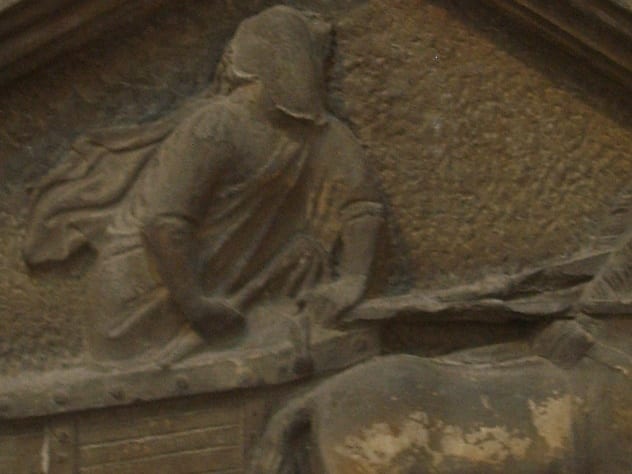 Thespis is the name attributed to the sixth-century-BC Athenian who was believed to have been the first individual to perform a role as if he were another person and is therefore regarded by some as being the world’s first actor. The impact of this figure in cultural history is such that the term “thespian” was derived from his name as a way to refer to actors. Yet relatively little is known for certain about him, his life, and his career. Was Thespis his real name? Was he really from Athens? And most importantly, did he really exist in the first place?

It has been noted that all the sources which refer to him, including an account by the poet Horace, were written at a much later point in time than he was said to have performed, and there are no contemporary accounts of the person in question.[2] It has therefore been suggested that Thespis himself could be considered a myth and more of a symbol of the beginning of acting in the Greek theatrical tradition, rather than a specific person who could be definitively identified.


8 The Art And Architecture Of The Parthenon 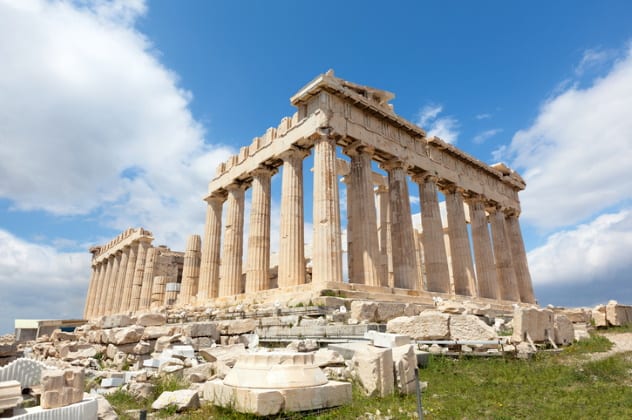 The Parthenon in Athens is one of the most iconic images of ancient Greece. Its endurance over the past 2,500 years is all the more remarkable, given that it was built in an unusually short period of time, and seemingly without a detailed construction plan.[3] Mystery also surrounds other aspects of its architecture and art, with much remaining undetermined about both the creation and purpose of certain details of the building.

There has been ongoing debate over the content of the frieze which decorates the interior of the Parthenon and what the figures within the frieze are intended to convey: One of the possibilities raised has been that they may have been intended as representations of the people who helped to build it. The temple also contains two interior chambers, the smaller of which has never had its purpose identified.

7 The Creators Of The Two Constitutions Of The Athenians 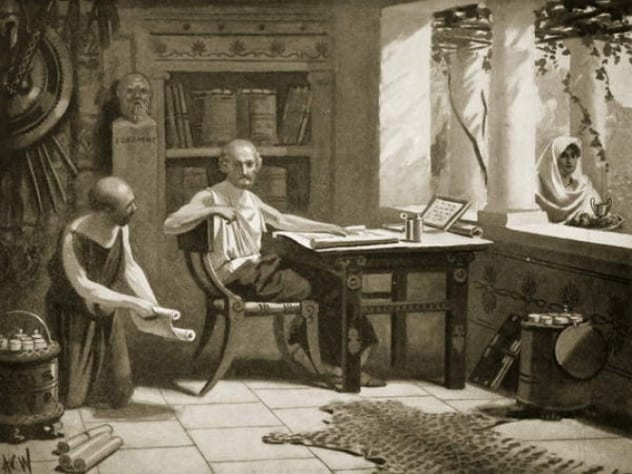 The Constitution of the Athenians is a title attributed to two different documents of ancient Greece, one originally associated with the philosopher Xenophon, the other with Aristotle. However, in both cases, the authorship has been disputed and continues to be debated to this day. While the older of the two texts was originally credited to Xenophon, it is now regarded as not actually his own work, partly due to the likely date of its composition having predated the mature years of his writing career.[4] Its author is now often described as “Pseudo-Xenophon,” but the identity of the person who actually wrote the work has never been conclusively established.

The later document was regarded by most as having been written by Aristotle, but there has been some disagreement on this, due to the fact that it is very different in style to his other works. However, this has been countered by the suggestion that such differences could be attributed to the fact that the constitution was a form of writing very different from the rest of his accomplishments.


6 The Work Of Pythagoras 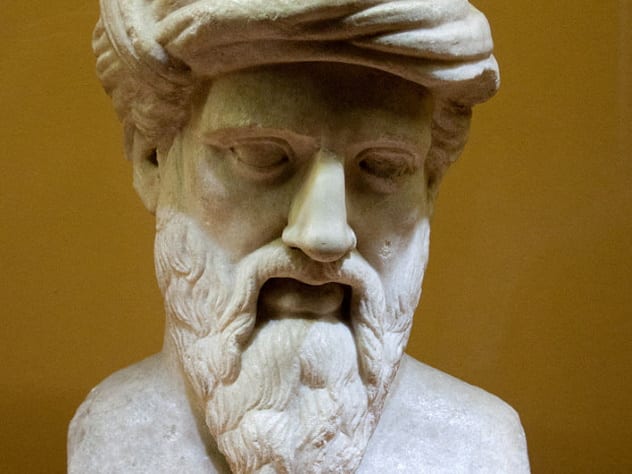 The mathematician Pythagoras is famous today for his association with the theory that the square of the longest side of a right triangle is equal to the sum of the squares of the remaining two shorter sides. One of the most famous of all mathematical theorems, it has become known as the Pythagorean Theorem, yet the life and work of the man so closely associated with it is actually much more unclear.

This is partly due to the fact that the philosophical school he worked within operated under very secretive conditions, and it is therefore unclear in some cases which work can be attributed to him and which may have been done by another member of the organization.[5] It has also been proven that the most famous theory associated with him was already known in ancient Babylon and that it cannot be considered to be his original discovery.

5 The Destruction Of The Statue Of Zeus 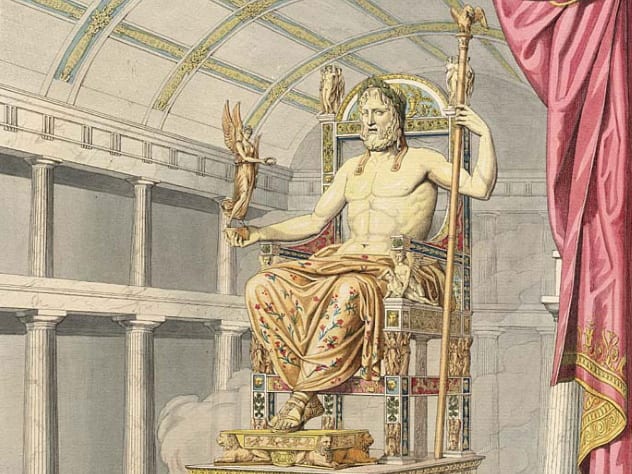 The Statue of Zeus was one of the legendary Seven Wonders of the World, a list compiled by notable scholars during antiquity of the most impressive structures created by human beings in ancient times. Of the seven wonders, only the Great Pyramid of Giza in Egypt survives today, the six others having been lost over the course of time. The Statue of Zeus was created by Phidias, one of the most renowned sculptors of ancient Greece, and its eventual destruction remains one of the most mysterious losses of the wonders.

The statue was housed within the Temple of Zeus at Olympia, which was eventually destroyed by fire, and it is often assumed that the statue was lost in this blaze, but it has also been argued that the statue may have been removed from the temple at an earlier stage and taken to the city of Constantinople, known today as Istanbul, where it may have been lost in a fire there instead.[6] 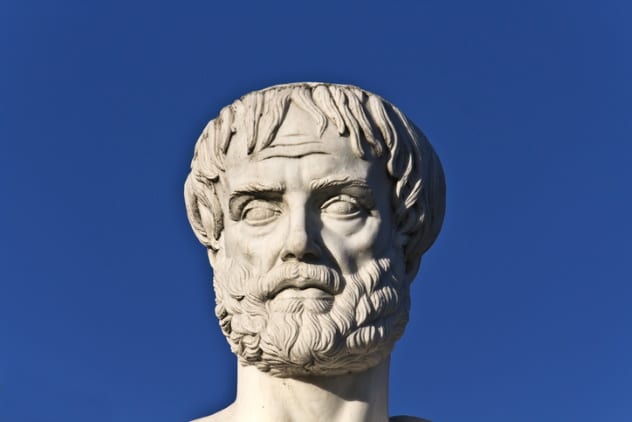 Aristotle’s Poetics is a major text in the history of literary criticism, the earliest known work to analyze the art of writing itself. However, one part of this key work of ancient Greek literature seems likely to remain a mystery: the legend of the existence of a second book, which was said to have focused on Aristotle’s theory of comedy, accompanying the theory of tragedy discussed in the first book of the Poetics.

There has been debate as to whether or not this is a genuine lost work, as, despite being mentioned in a list of Aristotle’s works in an early biography, there is little other evidence for its existence.[7] Nevertheless, the possibility of such a lost text has been an enduring source of speculation and even plays a role in Umberto Eco’s novel The Name of the Rose, in which the supposed rediscovery of this book becomes an important plot point.

3 The Labyrinth Which Inspired The Minotaur Myth 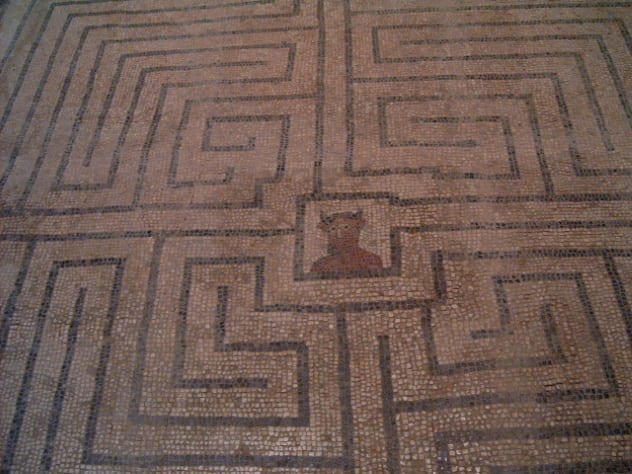 One of the most famous Greek myths centers on the story of the Minotaur, the terrifying individual who was half a bull and half a human and was kept imprisoned within a labyrinthine maze by King Minos. This labyrinth has subsequently been speculated as a structure that may have genuinely existed and served as the inspiration for the myth in question.

The palace at the ancient city of Knossos, located on the Greek island of Crete, has sometimes been argued as a location for the labyrinth that may have inspired this myth, although excavations at the site have not yet revealed a structure which matches the idea. However, recent research has also proposed a stone quarry near the town of Gortyn, 32 kilometers (20 mi) away from Knossos, as an alternative possible location.[8] The debate continues, and a definitive location remains to be identified. 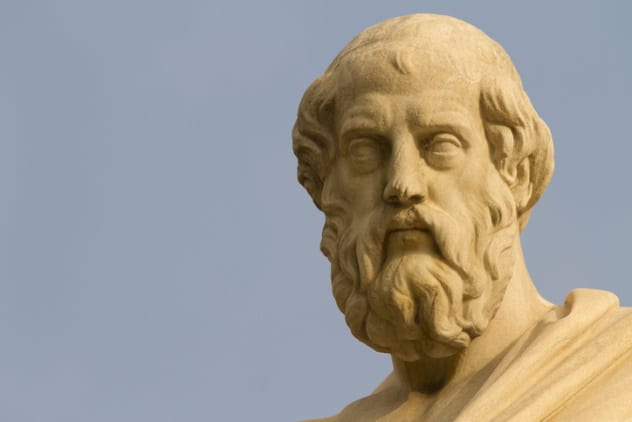 The myth of Atlantis originated in the work of Plato, where it is mentioned in his dialogues, Timaeus and Critias, as an example of a civilization in counterpoint to that of Athens, one which eventually falls into ruin and sinks beneath the waves of the Atlantic. But the mystery remains why these works, which were projected to form a trilogy upon completion, were ultimately abandoned.

Plato did not complete the Critias, the second dialogue, and no record can be found of him having embarked upon the intended third work, which was to have been entitled Hermocrates.[9] It remains unknown why Plato did not complete this intended trilogy. The result of this is that the work which generated so much speculation on the subject of Atlantis has now become a source of mystery in its own right, due to the fact that the philosopher himself never completed it, without any definitive answer as to why he did not.

1 The Authorship Of Homer’s Poems 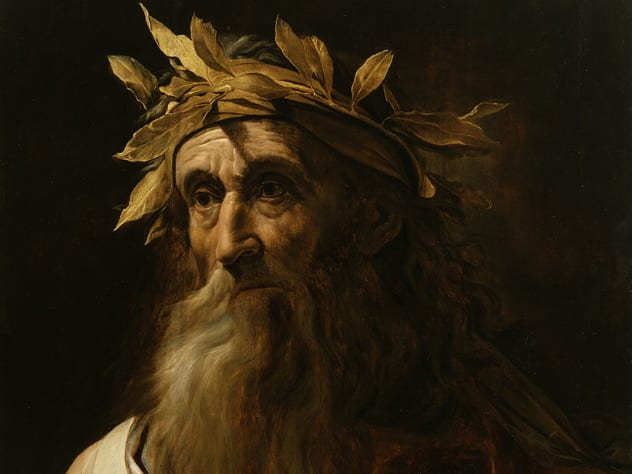 Homer, the poet credited as the author of the Iliad and the Odyssey, is believed to be the earliest known Greek author. But he remains a mysterious figure in many respects, including the question of whether or not he was the sole author of either of the works most closely associated with him. It has been suggested that Homer may not have been the creator of both the Iliad and the Odyssey, due to stylistic differences between the two works, which some believe indicate different authors.

It has also been argued that, even if Homer did originate both works in some form himself, it is still appropriate to view the poems as collective endeavors, due to the fact that they would have been initially composed through speech rather than writing and communicated through a number of subsequent speakers, with likely elaborations during this process.[10]