Everyday we interact with others – often with symbols or phrases whose origins are now long forgotten. This list explores some of the most common of these phrases, traditions, and gestures. If you know of others, be sure to share them in the comments for all to learn about. 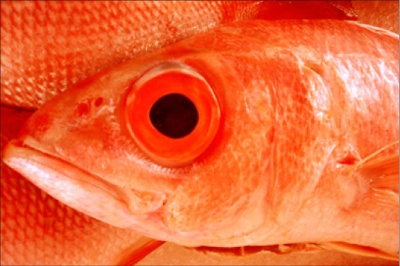 Lovers of mysteries know that a “red herring” is a false clue given to divert attention from the track of the real criminal. This one, however, began with an actual fish. Bloodhounds, the sharpest trackers in the world, are difficult to lose when on a scent. But a red herring, especially if it is a day or two out of the water, can produce a scent strong enough to confuse any hound if the fish is drug on the ground behind the escaping criminal. 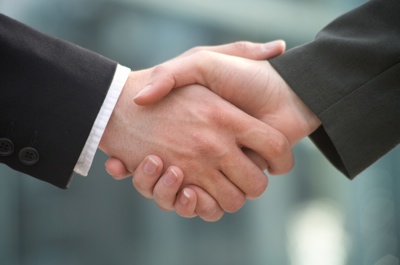 Shaking hands in greeting or to seal a contract has been done since at least the second century BC. The gesture demonstrates that the hand holds no weapon, and is a symbol of good sportsmanship, equality, and trust. Shaking the right hands sealed a bargain, but it was important not to use the left hand, as the left hand handshake dissolved a bargain.

For many years, American president Theodore Roosevelt held the world record for handshakes. On January 1, 1907, President Roosevelt shook 8, 513 hands at a White House reception. The record was broken in July, 19 77 by a New Jersey mayor, Joseph Lazaron, who shook 11,000 hands in a single day. 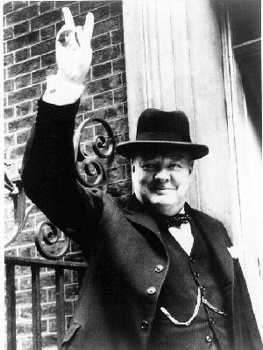 The two-finger V sign has had prominent displays. Many people remember American president Richard Nixon flashing a V, and Winston Churchill, who used it to stand for victory. Churchill turned the V around with the palm facing outward to avoid the obscene connotation the symbol has acquired in Great Britain if performed with the palm facing inward.

In the 1960s, the V became a symbol for peace. Today it is commonly used as a peace sign, the signature greeting of celebrities, including Lindsay Lohan. The V sign was first used, as far as we know, by British bowmen after winning the Battle of Agincourt in 1415. The French bowmen had threatened to cut off the first two fingers – those that hold the arrow in place – of the British bowmen. After the battle, the British archers flashed their first two fingers to show that they were still intact. [Verification – Massey University] 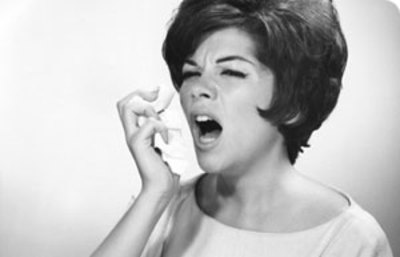 The custom of blessing a person who sneezes has various origins. It was once thought that sneezing might release one’s soul, which was then prey to lurking evil spirits, so a person needed to be blessed. It was therefore considered bad luck to open the mouth again to thank the person for the blessing, as the evil spirits would have another chance to enter.

Another theory is that sneezing was an indication of robust good health, and that blessing the person sneezing was a form of congratulation. Most responses to sneezes, such as the German “Geshundheit!” wish the sneezer good health and/or a long life. 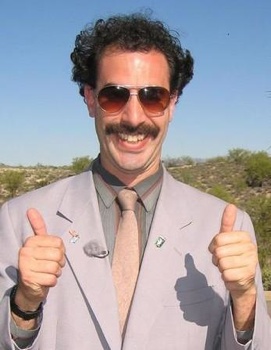 The thumbs up sign is most commonly (but wrongly) thought to descend from gladiatorial contests in which the audience determined whether the combatant was eligible to live or die by a thumbs up/ thumbs down vote. But there are other theories. There is a old English saying ‘Here’s my thumb on it!’ which was used to seal a bargain. The two people involved each wetted a thumb and then extended it, held upwards, until the two raised thumbs came into contact with one another. It is easy to see how this custom could lead to, or support the idea of holding out a raised thumb as a sign of friendly agreement or approval. The signal has also been used by some ape species, who may just be celebrating the fact that they, like we, have opposable thumbs in the first place. 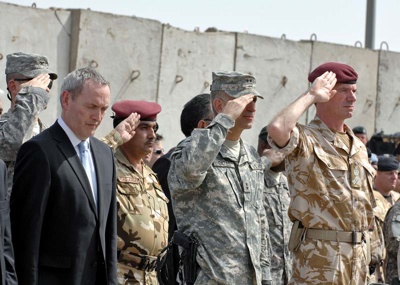 The military salute is traditionally performed by touching the eyebrow with four fingers together. Roman soldiers are thought to have initiated the procedure as a sign of shielding their eyes from the great light of their superior officers. Knights may have used it to raise their helmets as an indication that they did not intend to fight. This theory is supported by the fact that the helmet on a suit of armor is called a “sallet,” very close to the word “salute.”

The so-called Roman salute, used in the 20th century as a symbol of Fascism, has no Roman record in discourse or art. In Germany, that salute is now prohibited, punishable by up to three years in prison. 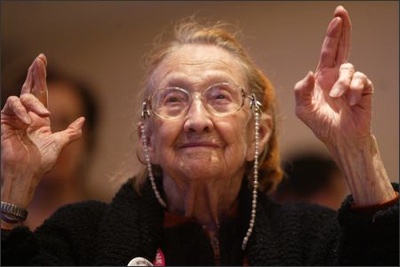 Crossing your fingers to hope for good luck used to require two people – the forefinger of one to make the wish, and of the other to support it. The cross formed was a symbol of unity and strength, and was used to ward off witches. Crossing your fingers, of course, can also be used to nullify a promise. In that case, the middle finger crossing over the index finger leaves a loophole the false promiser plans to exploit. 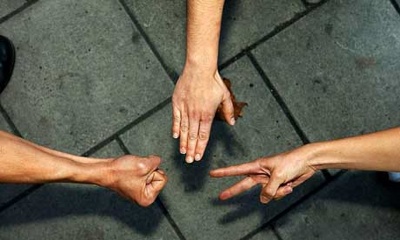 Rochambeau, or rock, paper, scissors, is played all over the world as a means of resolving difficult disagreements. In one unusual case, a Florida judge tired of endless debating over the appropriate venue for depositions to be taken and ordered the participants to settle the case by an RPS game.

In Indonesia, it is earwig, human, and elephant. The earwig drives the elephant insane. The human crushes the earwig, and the elephant crushes the human. One amazingly complex version has 101 different gestures and 5050 possible non-tied results. If you’re ready to take it to another level, consult the World RPS Society. If you find out why it is called Rochambeau, please let them know. It’s still a mystery. 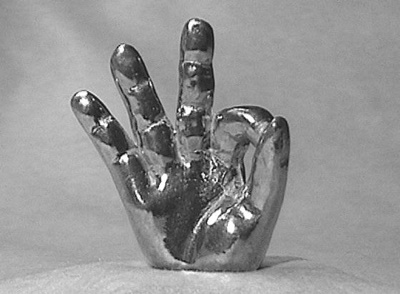 The source of the ubiquitous “OK” or “Okay” is lost to history, but there are many theories. One is that in the 1830s there was a rash of comic misspellings and shortened communications. NG was commonly read to mean, “No go.” SP meant small potatoes, and OK stood for “Oll Korrect.”
Another theory is that the symbol represented American president Martin Van Buren, often referred to as “Old Kinderhook.” Others say that French soldiers during the American revolution would invite girls to meet them “aux cayes,” down at the docks.

Still another possibility is that bad handwriting caused the OK to flourish. It should have been OR – standing for “order received.” Others think that Obadiah Kelley, an early railroad agent, certified bills with his initials. It is often said that American president Andrew Jackson learned a similar word from Choctaw Native Americans and popularized it. What do you think? 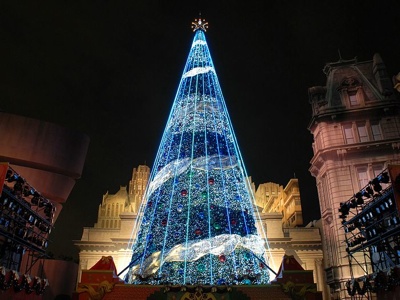 Most historians agree that Christ was most likely born in the spring, when Mary and Joseph went to pay their taxes. If that is the case, why do we celebrate Christmas in the wintertime? Pope Gregory can be thanked. He ordered the absorption of other religious festivals into Christianity. Pagan celebrations lightened the burden of cold, dark winters, and evergreen trees were a symbol of hope, that spring and new life would return. It was a natural fit with Christ’s promise of resurrection.

Christmas trees as we know them probably began in the 16th century. It is said that Martin Luther, walking home at night, saw stars through the branches of evergreens and found it a beautiful sight. When he duplicated the effect by putting candles on an evergreen, the modern Christmas tree was born.

Early Christians in the English-speaking world avoided Christmas trees, seeing them as a pagan custom. They became popular in America in the 1820s among Pennsylvania Germans, and the idea spread from there.

St. Nikolaas himself actually lived in Turkey in the 4th century. Known for his kindness and generosity, he was a delegate to Constantine’s Council of Nicea in A.D. 325. His name was eventually shortened from St. Nikolaas to Sinterklaas, and to Santa Claus.

Candy canes? Formed into shepherds’ staffs in the 1700s to transform a simple candy into a Christian symbol. Holly? Christ’s crown of thorns. Gift-giving? What the Wise Men started. Carols? What the angels sang. A star atop the tree? The new star said to have been first seen on the night of Christ’s birth.

Many well-meaning Christians are upset by Xmas, rather than Christmas, on Christmas cards and greetings. They see the X as a way to “take Christ out of Christmas.” Actually, the opposite is true. X is the Greek letter Chi, the first letter of the word Christ. It was used originally to prevent the disrespectful overuse of the Savior’s title in greetings and correspondence.