The Internet has changed human life like most other technologies in our history couldn’t. We can now stay connected with faraway friends, look up videos of dogs singing a wide variety of songs, and post multiple photos of our kids on Facebook even if no one wants us to.

That’s only on the surface, though, as it also has many things you’d only run into if you knew what to look for. Anyone who has explored the furthest edges of the Internet knows that it’s a weird and unsettling world out there. Even the most ardent explorers, however, may not have heard of some of these creepiest corners of the web, and we’re here to fix that. 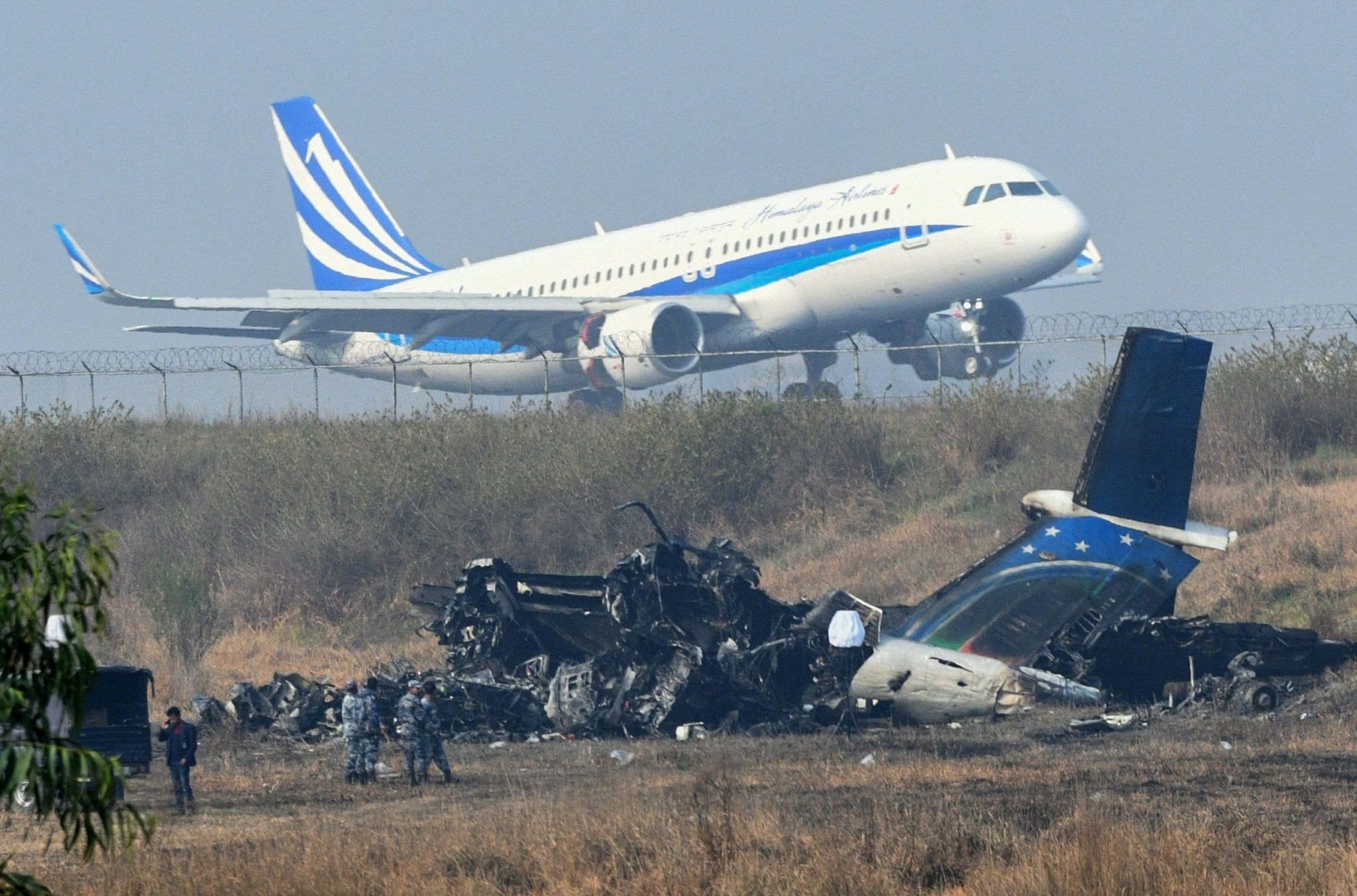 Advancements in aviation technology in the past few decades or so have made sure that traveling in an airplane is now a much safer affair than it used to be. A lot fewer people die in crashes these days than they used to, so much so that it isn’t unheard of for all the passengers of a crashed flight to have made it out without a scratch.

Still, that doesn’t mean that planes don’t seriously crash with fatalities anymore. Crashes still happen, though they just sound like numbers to the most of us unless it happens to someone we know. If you want to really understand what goes on just before a plane crash, all you need to do is visit Plane Crash Info.

It’s a regularly-updated database of all plane crashes in history, with detailed info on exactly how they happened. Its most unsettling – and heartbreaking—section is ‘Last Words’, with audio clips from CVR (Cockpit Voice Recorder) just before the crash. While the intention here is to legitimately document plane crashes for the sake of record keeping, some of those recordings are quite disturbing. 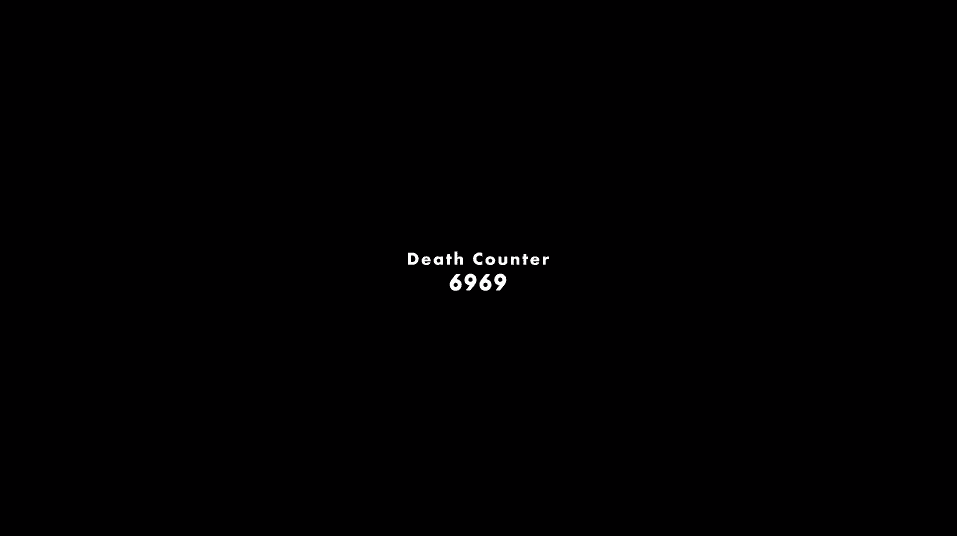 It’s difficult to quantify exactly how many people die around the world at any given point in time. It’s not because we don’t have the technology to do it, it’s just that death isn’t a very noteworthy event to keep a track of, as it (unfortunately) happens so often. What maybe a loved one for some of us may just be another person out of billions of others who just ran out of time for someone else.

That didn’t sit too well with Brad Lyon, who decided to create a real time simulation of all the deaths in the world. It’s quite accurate, too, as it’s based on accurate numbers taken from every country. We know it doesn’t make for the best screensaver, but if you’re ever in the mood for a visual representation of the fragility of life, this might be the best place for it.[] 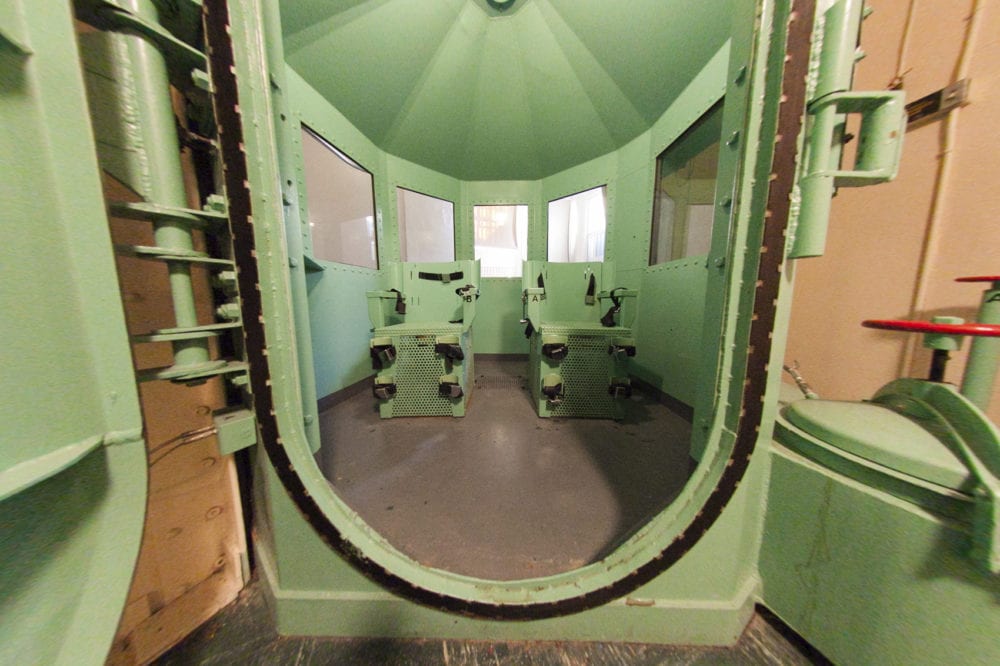 It doesn’t matter where you stand on capital punishment, many U.S. states still regularly use it for serious offenders. While 29 states have it as a method of punishment on paper, it’s the state of Texas that’s really addicted to it. Around one third of all cases of capital punishment since it was resumed in the U.S. are from Texas, which is also probably due to its size.

If you’ve always wondered what death row inmates say just before they die, you’re in luck. Texas records details of all of its death row inmates, and you can access it if you have enough time and mental space for it. It’s not all creepy, either, as many of those last words are heartfelt messages to loved ones, too. 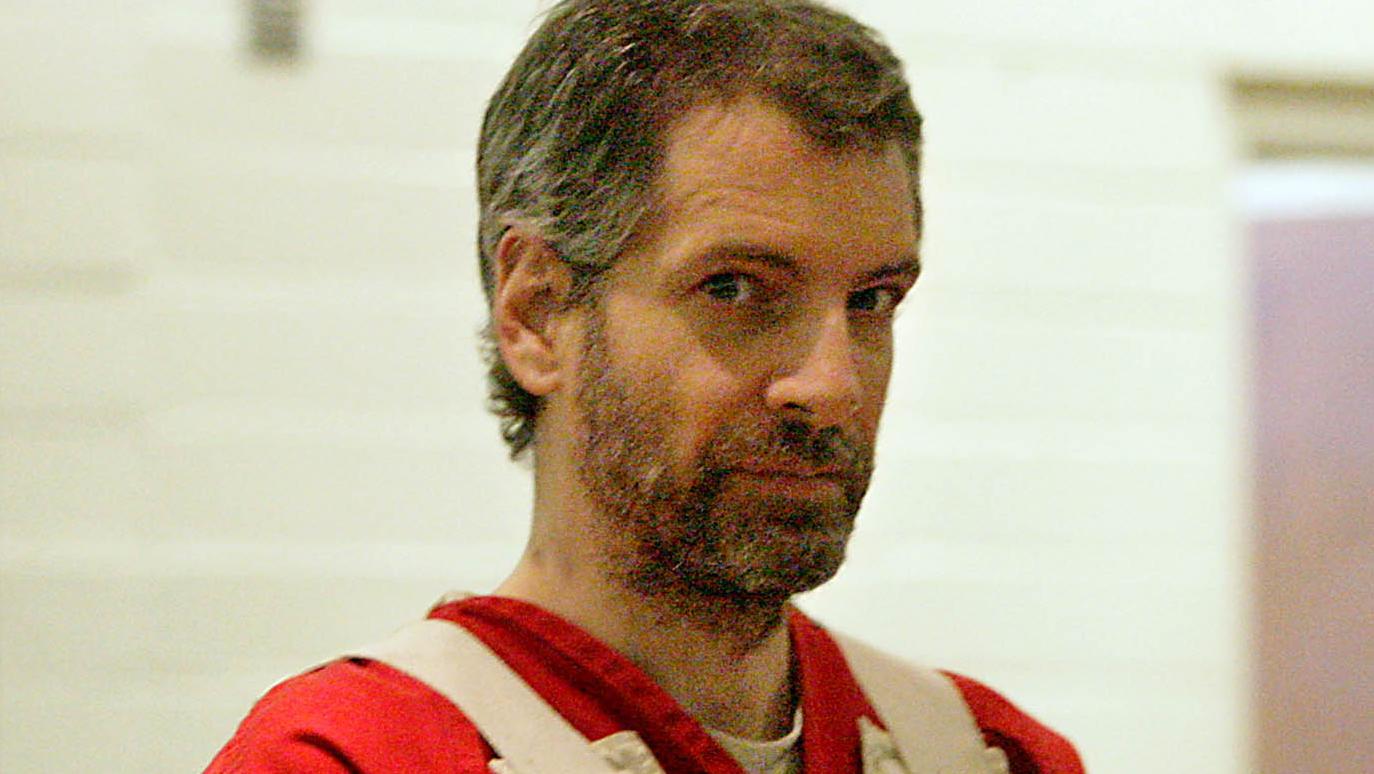 If you’ve never heard of the killer known as Joseph Edward Duncan III, you haven’t been paying as much attention to Listverse as we’d like. By far one of the most violent criminals in U.S. history, he’s currently on death row for the rape of multiple kids and brutal murders of the Groene Family in Coeur d’Alene, Idaho. While we’d spare you the details of the crime in question, just the fact that the judiciary handed him three death sentences and nine life sentences should tell you something about how gruesome it was.

If you don’t want to hear anymore about this, we’d completely understand. If you do, though, there’s a regularly updated blog called The Fifth Nail you can check out. It contains his personal accounts of the murders as well as his general outlook on the world (which he sent to someone outside the prison to publish). Just reading one post there is enough to tell you that’s there’s some messed up stuff in there.

Murder has been a part of society for as long as one can remember, which is probably why we all collectively decided that maybe we should criminalize it at one point in our history. Regardless, it’s still an uncomfortably-widespread occurrence in almost all countries, as any more than one murder is ‘uncomfortably widespread’ for us. Regardless of our opinion on it, though, there’d always be someone willing to end another person’s life as long as their reasons are convincing enough for them.

Somewhere deep down, though, we’re all fascinated by murderers and serial killers, as they represent the extreme end of what we all could do if there was no law stopping us. For everyone whose fascination goes a bit beyond watching serial killer documentaries on Netflix, a website called Murder Auction features artifacts from convicted killers and other violent criminals you can buy. They’re not really related to the murders, as everything found at a crime scene is still the government’s property, though you could get your hands on things like paintings and love notes written by some of the most infamous serial killers.

While we haven’t personally ordered anything from there—as we’re pretty sure that would put us on some kind of a government list—it’s unsettling to know that the option to buy something like that is out there. 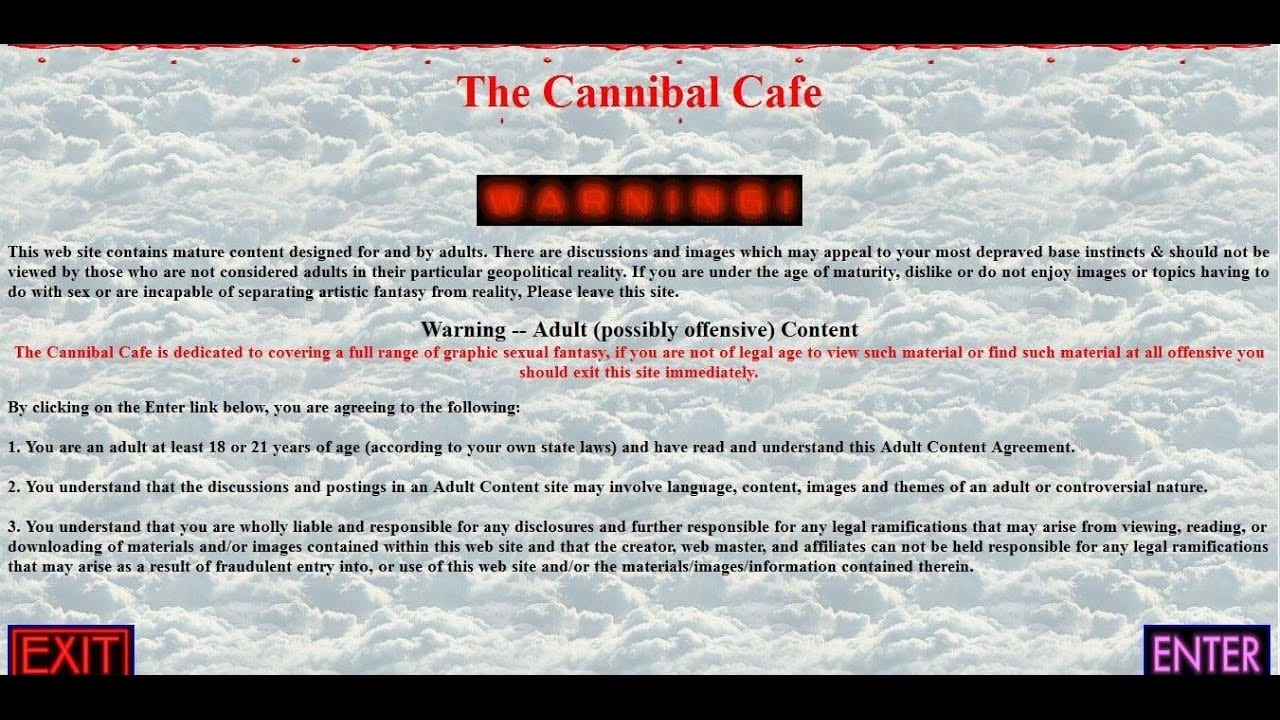 Being a cannibal is no joke. Apart from the ethical and legal implications of it, there’s surprisingly little information online on how to go about being one if you’re interested (not that we endorse going that route to be honest). What utensils do you use to cook another person? What kind of seasoning do you garnish it with? Which part of the body do you start with?

For those who’ve always had an academic interest (hopefully) in details like that, there’s The Cannibal Café Forums. It’s now a defunct website, though Google has done a good job of archiving it, and other versions of it may also be active on the dark web. It features everything from going about finding a victim to people making requests to cannibalize themselves, as that’s also apparently a kink people have. 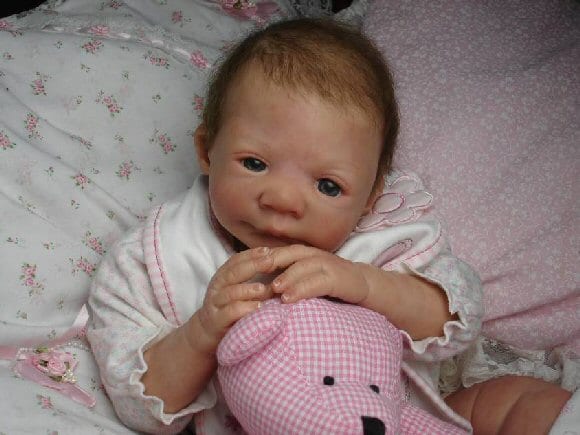 We’re not sure about you, but we find dolls to be inherently creepy toys for multiple reasons. For one, it’s clearly an inanimate object made to resemble a real person, even if we know that it’s not meant to be a real person. Much more importantly, though, there’s something about their eyes that scares the creeps out of us, especially when they follow you around the room no matter where you go.

If you’re not convinced by those arguments, we’d like you to check out a website called Reborn Baby Dolls. In a horrible misjudgment of popular opinion on dolls, someone called Deborah King figured that they need to be more human-like than they usually are. To that end, she takes regular dolls and rebuilds them to seem more human-like by a variety of homemade techniques, and posts them there for appreciation. We’d like to clarify that none of these dolls are for sale or any monetary profit; she just does it because she thinks other people would like looking at it. 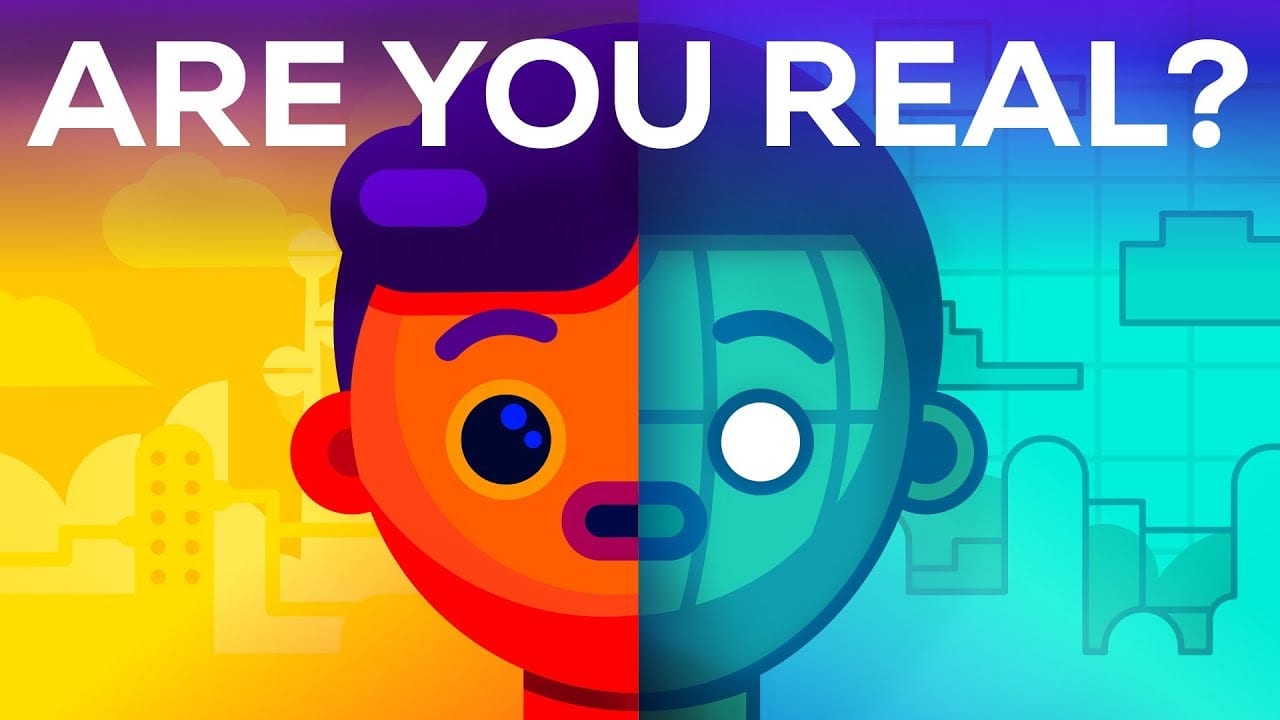 We’ve all heard of the simulation argument, that the world isn’t actually real at all and we’re living in a kind of a simulation. While certain glitches like inconsistent weather patterns and whatever the hell Bjork is supposed to be lend credence to that theory, most of us don’t pay much attention to it. After all, if we were sentient and intelligent beings in a simulation, how is it that none of us are smart enough to have figured it out yet?

According to some, though, we already have by the way of a website called The Simulation Argument. It features blogs and studies by reputed authors to make the argument for the world actually being a simulation. Spend enough time on it (trust us, we have), and there’s a good chance you’d be convinced of it, as some of the arguments presented there are nothing if not reasonably put.

‘The creepiest guy on YouTube’ is a tall claim to make, as YouTube is filled with all sorts of creeps and nightmares out to steal your hopes and dreams. Though if there’s someone who could legitimately fit that description, it’s Edward Muscare, also known as Edarem.

On first look, it just seems like a regular old guy trying his best to scare the kids. Take a look at any of his videos, though, and you’d realize that his videos are some of the most unsettling on the entire website. Some of them are outright creepy and look the part, though for the others, you’d have to pay a bit more attention and know his personal history to understand why they’re creepy. What may look like a video of just an old guy awkwardly dancing to Pretty Woman gets really disturbing once you realize that he was imprisoned for sexual battery. He eventually died in jail, though his creepy legacy lives on in the form of his videos that’re still up for anyone to watch. 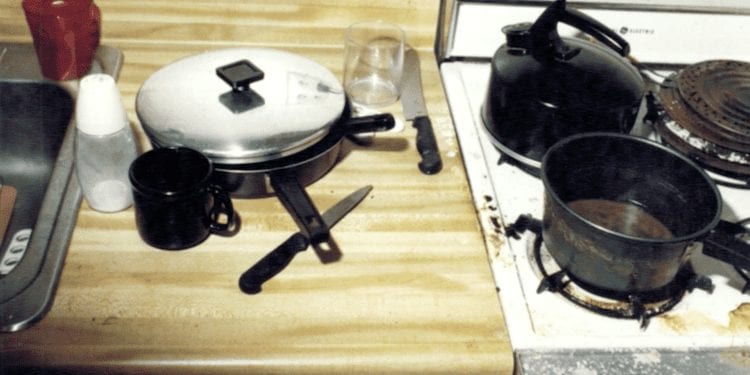 As we said before, crime scene photos are almost always restricted to police and government records, as they’re usually quite gruesome and unsettling in cases of violent crimes. That doesn’t mean that there’s no way to get your hands on them, as anonymous sources on the inside have been trading information with journalists for as long as those professions have existed.

The crime photos section of Crime Online isn’t the only website documenting photos of real crime scenes online, though it’s definitely the most professionally-managed. Here, you can find crime scene photos from most serial killers, including Manson and Bundy. Not all of them feature dead bodies, either, which may actually make it worse. There’s something much more unsettling about, say, a photo of utensils once used to cook human remains than that of the actual remains. Pictured here is a crime scene photo of Jeffrey Dahmer’s kitchen.


For more lists on the Internet, take a look at 10 Creepy Internet Stories That Are Disturbingly Believable, and Top 20 Real Pictures Made Famous by the Internet.