Perhaps it’s just the nature of the job or maybe a byproduct of the highly partisan political climate in our country but these days every presidency is filled with innumerable scandals. Given that our current leader is embroiled in his own controversies, it might be time to look back at previous administrations. Here are 10 of the biggest scandals during Obama’s presidency. 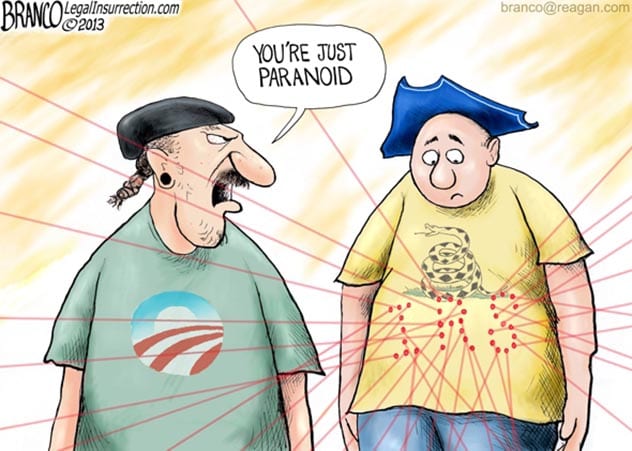 “Tea Party” and “patriots”. Just a couple of the words or phrases the IRS was looking for when they were deciding whether or not to grant tax-exempt status to certain groups. Overwhelmingly, the people who faced increased scrutiny were conservative, with nearly 500 organizations suing the government over their actions. As the head of the federal government, Obama was often linked to the scandal in the news.

Revealed by an IRS official in 2013, the agency’s program also targeted liberal groups, but to a much smaller extent. A number of high-ranking officials were forced to resign as investigations delved further into the corruption; however, according to a 2014 House Republican report, Obama was not linked to any of the decisions made by the IRS.[1] 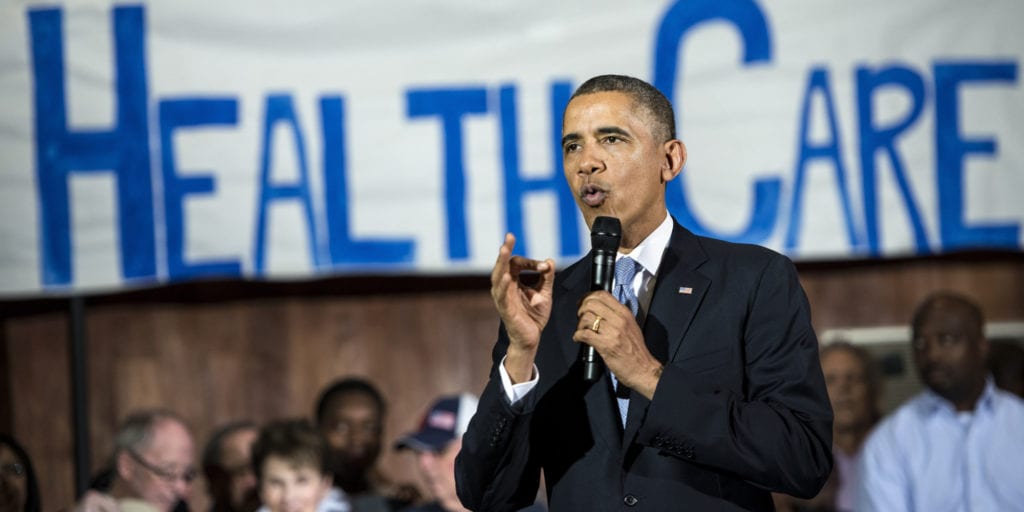 Rated the “Lie of the Year” by Politifact, Obama claimed in 2013 that “if you like your health care plan, you can keep it”. In the early years of the implementation of the Affordable Care Act, there were a number of allegations lobbed at the government which turned out to be false, such as the existence of so-called “death panels”. However, one true scandal was that Obama had lied about the status of people’s health care plans.

Essentially, the promise was that any policies which were in effect as of March 23, 2010 would be “grandfathered”, allowing those who purchased their insurance individually to avoid changes. As it turned out, that was not true and, to make matters worse, the government was aware of that fact as early as July 2010. In addition, most of those who lost their plans saw their premiums skyrocket.[2] 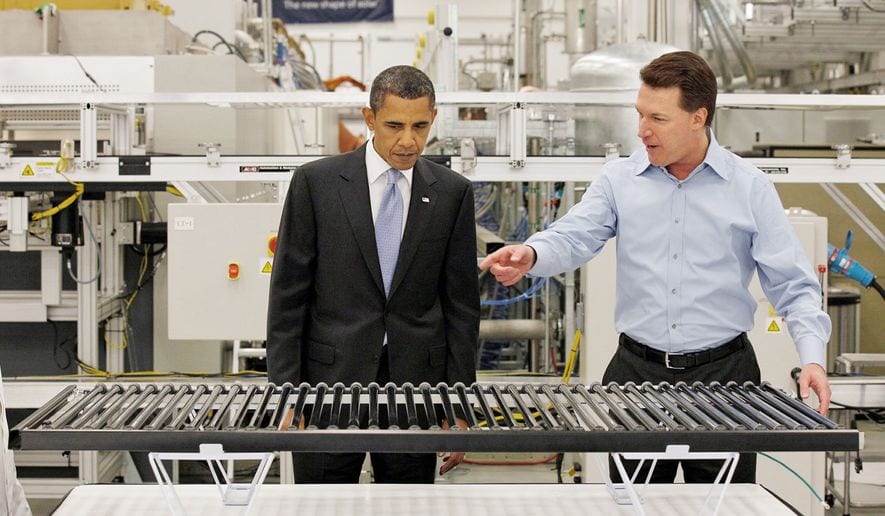 Under President George Bush, the government created a loan program designed to foster American innovation in the field of alternative energies. However, it wasn’t until the economic stimulus under Obama that the program saw its first adopter: Solyndra. Hyped as a solar power startup, the company hosted the President in 2010, giving him a tour of their California-based manufacturing plant. Promising the sky, Solyndra claimed to have billions of dollars in sales and they just needed a $535 million loan to achieve their goals.

Behind the scenes, though, a different story was unfolding. Though Solyndra stated their unique solar panels would reduce installation costs and be more attractive as a result, traditional solar panels began to rapidly decline in price, mainly thanks to the Chinese. Furthermore, the sales numbers promised turned out to be mainly lies, with a majority of the sales actually at heavily discounted prices. Eventually, Solyndra had to file for bankruptcy and became a stain on an otherwise successful program.[3] 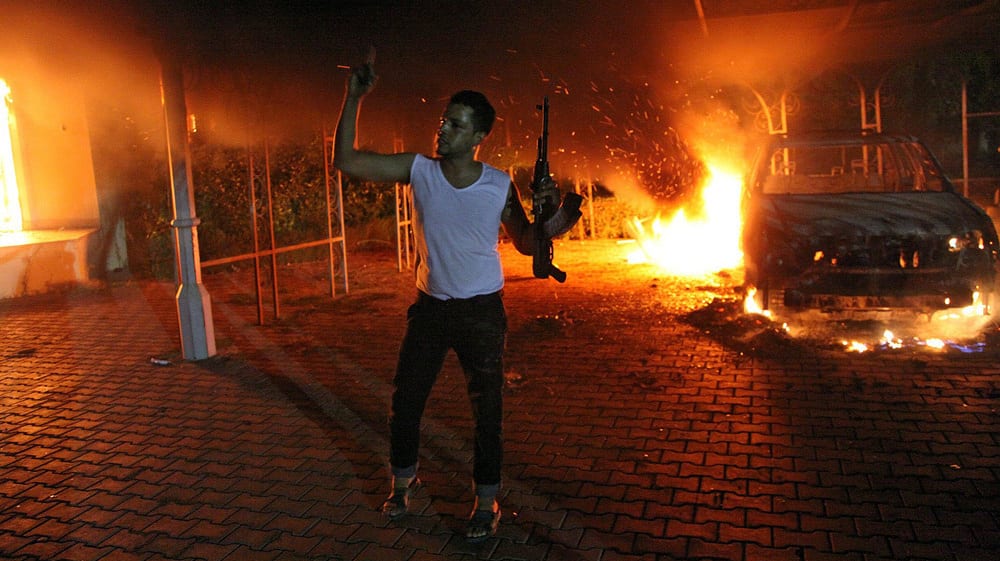 Most people associate this scandal solely with Hillary Clinton now but, at the time, Obama was just as intertwined as the former First Lady; in fact, there were calls for his impeachment over the incident. A quick overview: in 2012, armed men attacked the US mission in Benghazi, Libya and killed the ambassador and three other US nationals. Initially believed to be linked to a video which mocked Mohammed and Islam in general, the attack was later shown to be the actions of a number of terrorists.

In the aftermath, two claims were made about the Obama administration: firstly, that they didn’t deploy the military as quickly as they could have and secondly, that they could have provided better security to the mission. After a number of investigations, most of which were spearheaded by Republicans, no administration officials were charged with any crimes and the belief was that inadequate resources for security was the main reason behind the deaths.[4] 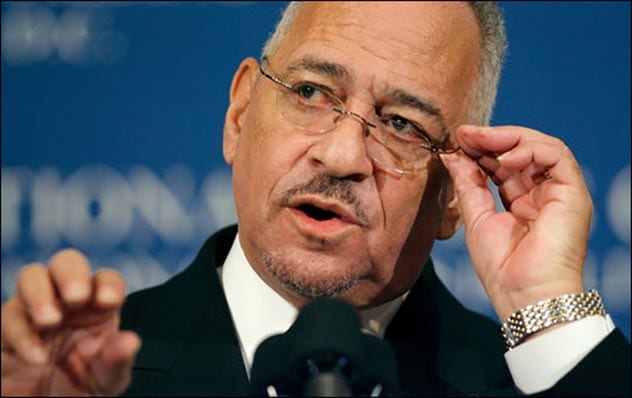 Prior to Obama actually becoming president, a controversy threatened to derail his candidacy. In America, every candidate needs to show their religious side and for many, it’s never an issue. However, for Obama in 2008, his choice of pastor engulfed him in a storm of scandal. Rev. Jeremiah Wright was an outspoken, firebrand of a man who began making some outlandish claims about the US government. Chief among them was the idea that HIV was created to foster a genocide among minorities.

In an online video, he also referred to the September 11th attacks as “America’s chickens…coming home to roost.” Because of those videos surfacing, Obama was forced to denounce his former spiritual leader and the officiant for his wedding to Michelle. In the end, he was able to successfully distance himself from the more incendiary comments and Obama managed to power past Hillary Clinton for the Democratic nomination.[5] 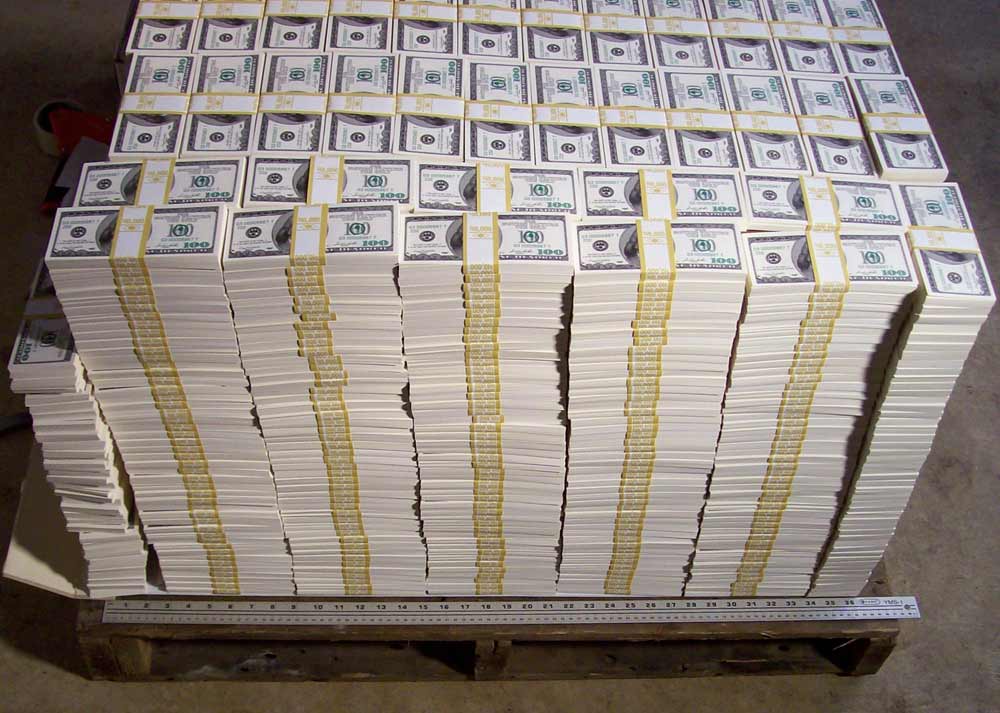 Said to be the settlement of a decades-long dispute dating back to the days of the Iranian Shah, $400 million was stacked on pallets and unloaded in Tehran in early 2016. To a public suspicious because of the Iran Nuclear Deal, the money seemed to be a ransom payment, since five American hostages were released the same day. However, the Obama administration vociferously claimed it was merely a coincidence. (An additional $1.3 billion was later provided as well.)

In the late 1970s, Iran was set to purchase military equipment from the US but the delivery was halted because of the 1979 uprising. That was the reasoning the State Department used when confronted about the pallets of cash, a method used because US law forbids wire transfers to the Middle East country. Eventually, they conceded the timing of the transfer was not a coincidence, that the money was used to pay the ransom for the return of the hostages.[6] 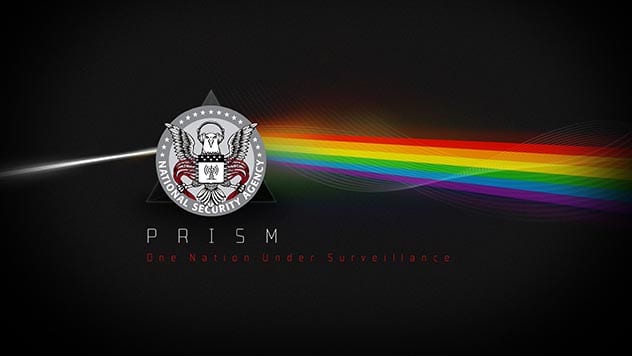 Under President Bush, a controversial law was enacted, called “The Protect America Act of 2007”. Criticized at the time for the removal of surveillance warrant requirements on foreign intelligence targets, it was later revealed to be the genesis for a number of domestic spying programs. Thanks to Edward Snowden, the public became aware of many of these, with one of the largest known as PRISM.

Boiled down, it basically allows the NSA to go the FISA Court and request a warrant on an American citizen. They are then allowed to go to major technological companies and gather data from them, such as Google, Facebook or Apple. Practically though, the government had unfettered access to the communication of any citizen they wished to look at. The extent of the program is evident in the NSA’s own words, calling PRISM “one of the most valuable, unique and productive” in the agency’s history.

This access to American’s via the FISA courts is now again in the news due to claims of manufactured information being used in the secret courts to gain permission to spy on the Trump campaign in the 2016 election. What the outcome of that will be, no one knows, but if true, it has the potential to make Watergate seem an insignificant blip in US political history.[7] 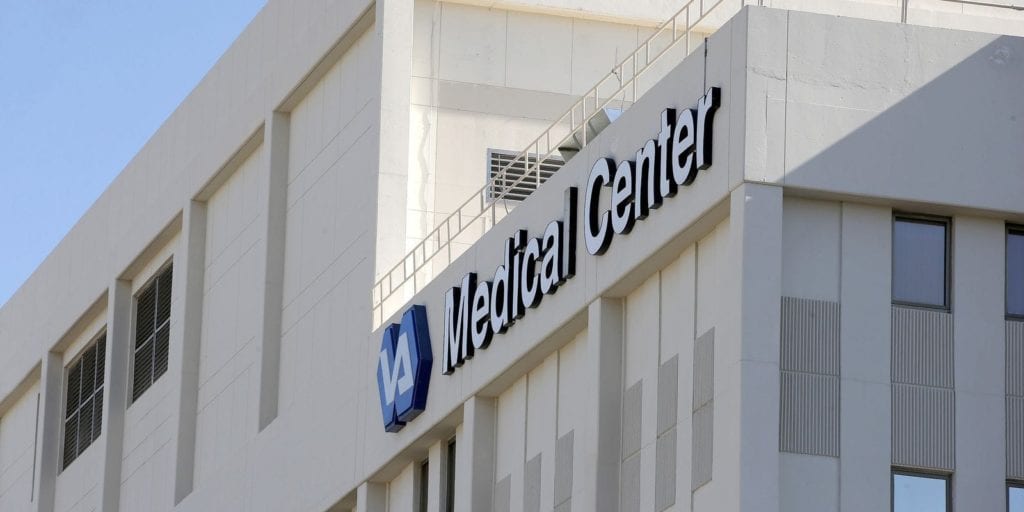 Considering what we ask them to do in service of our nation and its goals, veterans should be treated with an incredible amount of care when they return to civilized life. In 2014, America discovered that wasn’t the case. It was revealed that the Department of Veterans Affairs had been routinely underreporting the wait times of patients in a number of hospitals, especially one in Phoenix, Arizona. A secret wait list was also alleged to have been kept by administration officials, with an average wait time of 115 days kept from public view.

The reasoning for this is simple greed: VA officials were able to receive pay bonuses based on the fraudulent wait times they reported. Though the government later admitted 23 veterans died as a result of these lies, various other sources, including a senator’s report, claimed the number was much higher, perhaps as high as 1,000 deaths. In the end, very little changed, with a number of top VA officials retiring being the only consequence.[8] 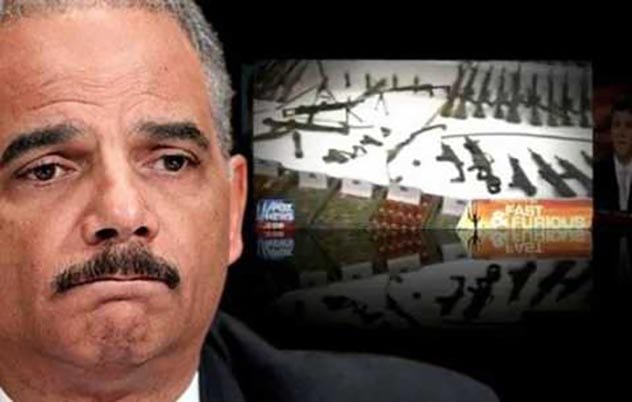 Known as “gunwalking” otherwise, this ATF operation was given the new moniker after one of the suspects was found to have belonged to a car club. Simplifying the whole thing, Operation Fast and Furious ran from 2009 to 2011 and consisted of government officials allowing illegal gun sales, in the hopes of tracking the weapons back to Mexican cartels. Based in Arizona, along the border, as much as $1.5 million worth of guns was purchased by smugglers.

However, it quickly became evident that many of the guns were lost and soon began turning up at crime scenes, including the murder of a Border Patrol agent in 2010. Attorney General Eric Holder was held in contempt over his refusal to supply Congress with documents related to the program, with Obama eventually invoking executive privilege at his request. (Lawsuits to get those files are still ongoing as of 2019.) Eventually, a couple of government officials lost their jobs, though no one was ever charged with a crime.[9] 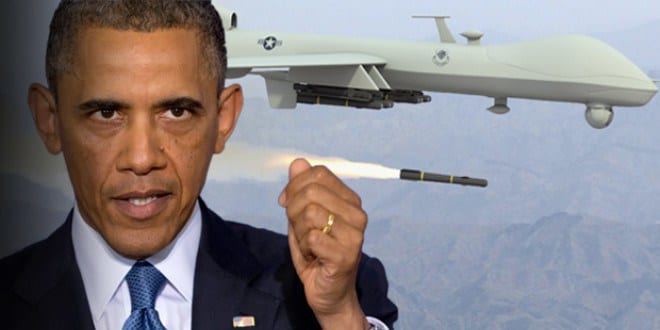 Strikes with unmanned aerial vehicles, otherwise known as drones, actually began under the orders of President George W. Bush. However, Obama escalated their use to unforeseen heights, more than four times higher than his predecessor. Proponents of the program claim it is far safer than conventional air combat, allowing the military to significantly reduce the amount of civilian deaths caused as a result of the bombings.

Critics, however, note that civilian deaths still occur, with as many as 324 happening outside of any major war zones. Even worse, the rationale for who to target, where to target them, and when to call in the strikes is shrouded in mystery. As anyone with a cursory knowledge of American intelligence history knows the agencies tasked with surveilling the planet are not infallible and it results in stories like the first drone operation of Obama’s presidency.

Purportedly, a missile hit a Taliban compound in Koresh Kot, a mere three days after the inauguration. However, it turned out that it was actually the home of a local tribal leader and his family. Instead of killing terrorists, innocent civilians were murdered by a military operating under faulty intelligence.[10]

For more lists like this one, check out 10 Presidential Conspiracy Theories, and 10 Reasons Your Presidential Vote Doesn’t Count