Energy winds up the world of work and makes money move. New concepts, renewable projects, and heavy investment are promising a bright future to power the world’s electrical and transport needs.

But not everything works as promised or hoped. Let’s look at some of the not-so-successful ideas of the past that might make us thankful that we can still turn on our televisions. 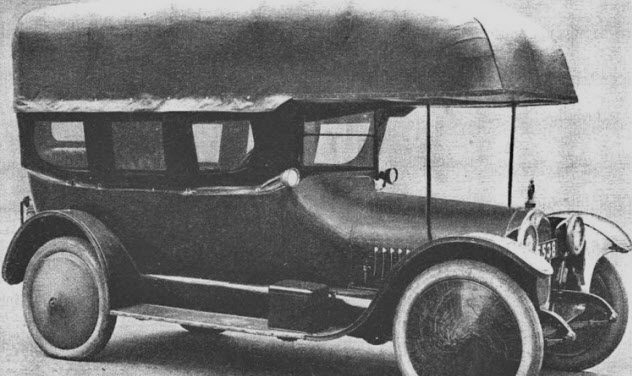 With most gas and oil supplies diverted to military use during World War I, an alternative was required to power our beloved autos. Using coal gas technology from the 1800s, fuel was produced by heating coal in enclosed, oxygen-deprived ovens and then filtering before distribution.

The problem came in its storage, with many improvised and visually unnerving “gas bags” strapped to the tops of cars. These proved to be obvious fire hazards (given that so many people smoked at the time), restricted speed, and made bridges a bit tricky. So next time we’re held up by a bus, at least it doesn’t have a bomb strapped to the roof.[1] 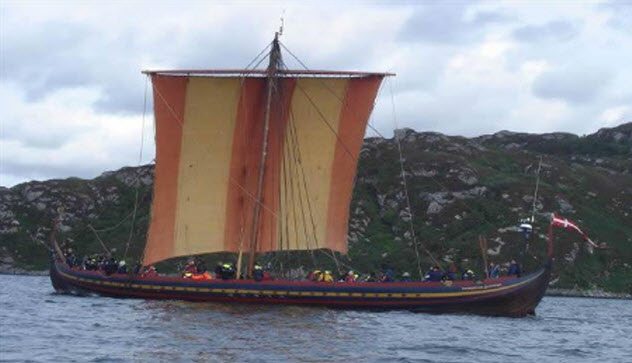 Wind was one of the earliest forms of renewable energy, with small boats powered by sails as early as 3500 BC. Used by the Romans, the Chinese, and famously by the Vikings on their longships, square sails were super inefficient if the wind was not directly behind them—which was highlighted by the large crews required on ocean-going vessels.[2]

Inspired by the Arab Dhow style, more triangular-shaped sails were adopted around the world to create smaller, simpler, and more maneuverable boats. These are now known as the fore-and-aft sails.

Without these developments, inland settlements and coastal trading may have taken much longer to progress. 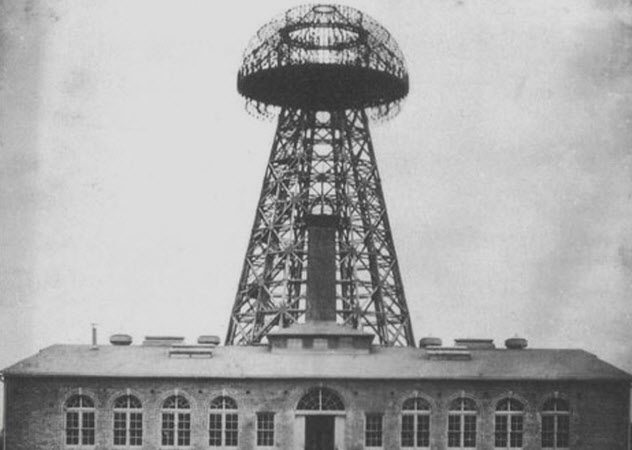 In 1901, Nikola Tesla built a 56-meter-high (185 ft) tower at his lab in Long Island. With a huge copper transmitter on top, the Wardenclyffe Tower (aka “Tesla Tower”) aimed to transmit wireless electricity signals to the world.[3]

Initial tests were rumored to be positive, using the Earth itself to conduct electricity and power appliances nearby. However, Tesla lost his funding when rival scientist Guglielmo Marconi completed the world’s first wireless telegraph signal soon afterward.

Conspiracy theories remain over why Tesla’s grand plans were never continued. After all, free energy would have been bad for the oil business. 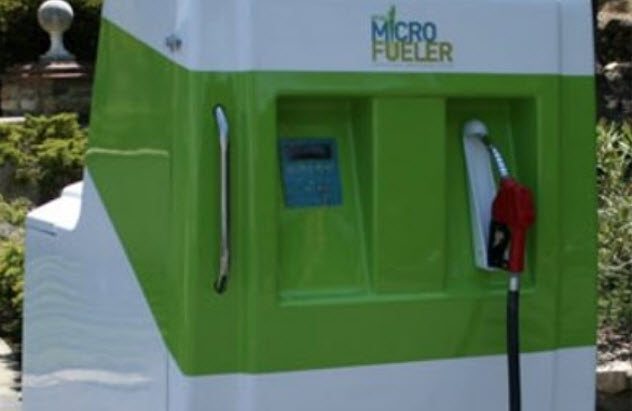 During the Great Depression, fuel was so expensive that US farmers started producing their own using alcohol. By extracting sugar from corn, they were able to produce the ethanol-diesel blend Agrol.

The development of biofuel blends like this continues to this day, but pure ethanol fuels can be brewed at home from sugar. Unfortunately, this has never caught on due to the equipment, time, and licenses required to do so. In addition, the cost of raw sugar is high and cars that run on pure ethanol are still illegal in the US.[4] 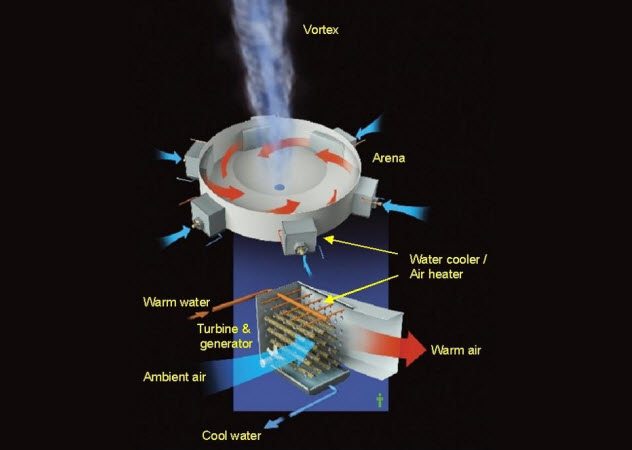 Sounding suspiciously like something from a sci-fi film, the atmospheric vortex engine (AVE) aims to replicate a tornado-like vortex to produce mechanical energy. By heating the air from below in a circular motion, the heat carried up by powerful convection is collected by generators.[5]

These ambitious plans by engineer Louis Michaud have resulted in several prototypes of the AVE since the 1970s. But so far, they have been limited to small-scale tests with energy not yet extracted. Even once it’s refined, the elaborate engine may succumb to the first law of thermodynamics. As Mother Nature proves, it takes a lot of power to make a tornado. 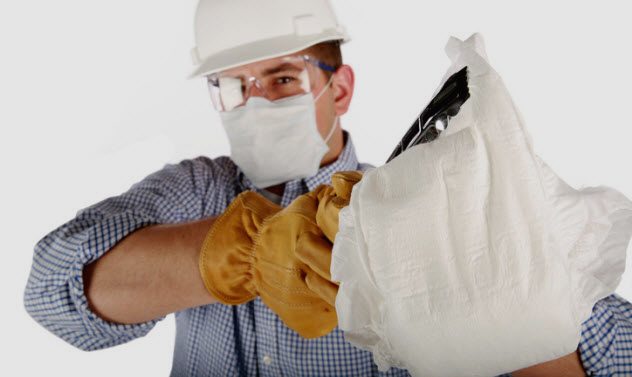 Something smells off about this one in many ways, but it’s true. In 2007, engineering firm AMEC made plans to convert used diapers to energy in Quebec. This poo-to-power factory ran on the principles that plastic fibers and feces would break down well in pyrolysis (heating without oxygen).[6]

Despite the abundant supply of raw material, this venture didn’t take off. Perhaps they were tired of the constant jokes or embarrassed about their grand plans, but the ambitious project no longer features in Canadian energy policy. 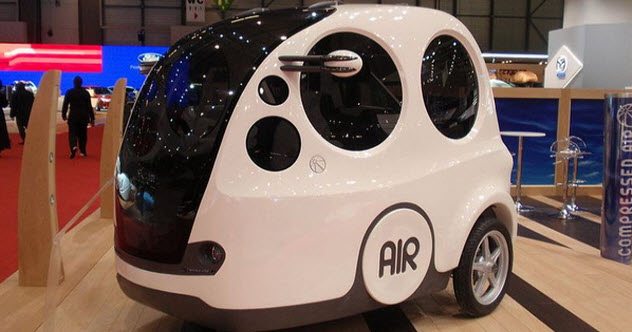 In the late 2000s, a small French company and Indian giant Tata Motors embarked together on a mission to create cars powered by compressed air. Using the same piston mechanisms of a normal car, this new car would have required air at 4,350 psi in its tanks—a slight oversight as this pressure is not available from standard pumps.[7]

Although the car was estimated to reach a top speed of 109 kilometers per hour (68 mph), it needed electricity to compress the air in the first place. This is an issue in India, its main market, as the national grid relies heavily on some of world’s dirtiest coal. 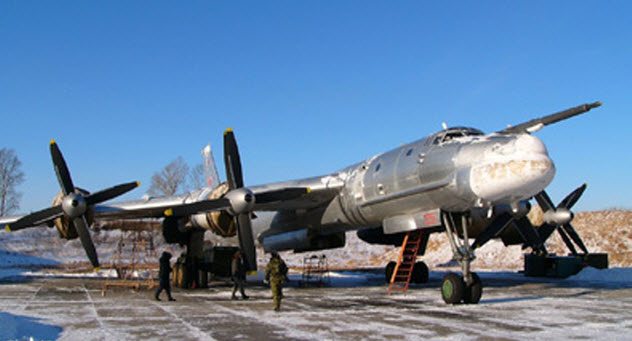 Straightaway, this sounds terrifying—and it was. From the Cold War until the 1960s, the Soviet Union developed several prototypes for nuclear-powered planes. The general principle was that incoming air would be heated by the reactor core before passing through a pressurized chamber to generate thrust.[8]

The main concern was how to shield the crew from the radiation emitted only a few meters away from them. Then there was the issue of fitting a rather large and heavy reactor into the back of a plane. The final straw was probably the risk of nuclear fallout from any potential crashes. 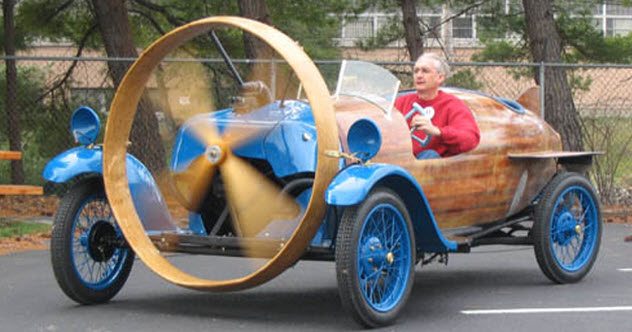 Discovered in a barn in the French countryside in 2000, the Helicon is a bizarre propeller-powered car which is thought to have been originally built in 1932. Despite traditional petrol vehicles being well-established at the time, some mad inventor thought that it would be a good idea to stick some blades on the front and steer with the back wheels.[9]

As well as being difficult to handle, propeller propulsion made the vehicle rather slow and hills required a good run-up. It’s safe to say that we wouldn’t risk jaywalking if these had caught on. 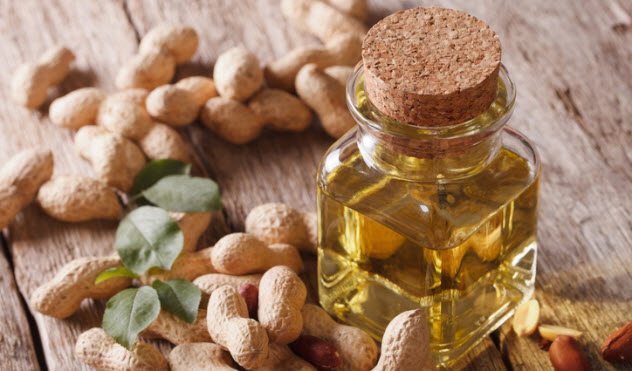 At the start of the 20th century, Henry Ford claimed that biofuels would power the future—even running his early Model Ts on ethanol—while diesel engines at the 1900 World’s Fair in Paris used peanut oil.

Although this didn’t catch on due to oil exploration, nuts have recently been tried again. In 2012, the Jordanian Rashadia cement plant used 24 million tons of pistachio shells as fuel to offset tight supplies of oil and gas in the country.[10]

A freelance writer and blogger, covering all things minimal and environmental. Creator of thedelightlife.com.