These days, nearly everyone in the developed world has a smartphone with access to the internet, which means that cellphone apps are more important than ever before. Millions upon millions of apps are downloaded every year, but not every app on your phone is all that important when you think about it.

Sometimes, an app is useful once, but then it’s quickly forgotten. Then, there are those apps that helped change the way people interact with one another. Those are the apps that really have meaning in our lives, and these ten represent the most important apps released between 2010 and 2019, listed in no particular order.

SEE ALSO: 10 Ways Your Smartphone Is Ruining Your Life 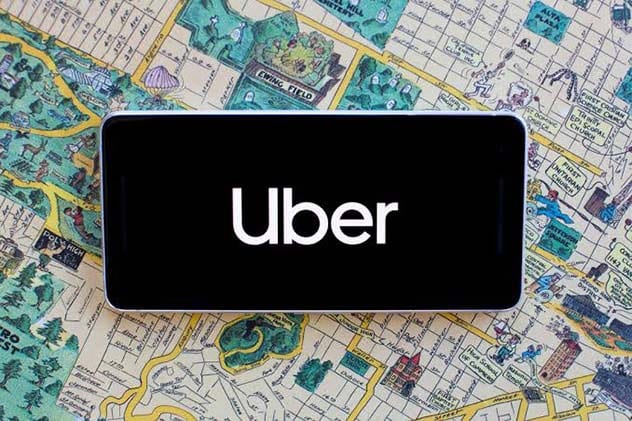 Carpooling and paying for a ride were nothing new when Uber first hit the app stores in 2011, but that didn’t stop the app from creating an entirely new industry dubbed “Ridesharing.” Ridesharing apps like Uber, Lyft, Wingz, and Sidecar have taken over the market in a way few apps could ever hope to emulate, and they’ve also had a drastic impact on preexisting industries like taxis. Though Uber has gained some competition in the marketplace, it remains the dominant ridesharing app and is found on some 110 million users’ phones around the world.

By the end of 2019, Uber had found its way into 785 metropolitan areas across the globe, with coverage in 63 countries. Despite its growth and value on the marketplace, Uber and other ridesharing apps aren’t without controversy. Uber has been criticized for paying its drivers too little for the work they do, causing massive disruptions to the taxicab business, and for putting more cars on the road.[1] 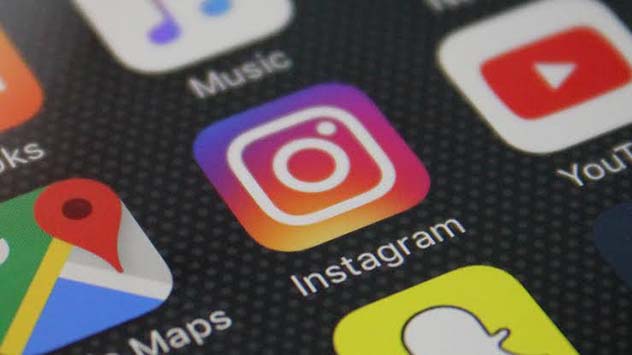 Though it originally debuted exclusively on iOS in 2010, Instagram found its way to Android devices less than two years later to become one of the most important photo and video sharing apps on the market. Instagram is a relatively simple app, but despite its simplicity, it has exploded in popularity all over the world to include one billion registered users by the end of 2019. The app has become a focal point for viral social media issues, and it’s also heavily used by celebrities who use it to communicate with their fans.

It’s also an excellent way for so-called “Social Media Influencers” to make a living by sharing aspects of their lives while promoting products, or speaking about issues that they consider important. Instagram is hardly the only media-sharing app on the market, but it is easily the most used across the globe. Concerns about its valuation were put to rest when it was acquired by Facebook in 2015 for $1 billion in cash and stock.[2]

Related: 9 Sinister Facts About The Dark Side Of Instagram [DISTURBING] 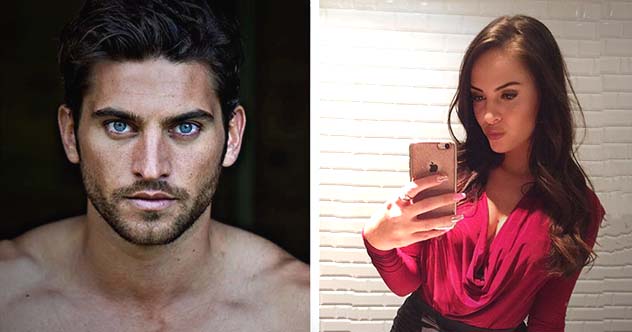 Years ago, during the dark ages when the Internet was considered a place to meet dangerous people and otherwise undesirable folks, online dating was taboo. Back in the ‘90s, people would never tell their friends they met someone online, but by 2010, it was fairly commonplace thanks to sites like Match.com and others. While there have been apps that helped people meet one another before Tinder hit the market in 2012, none changed the way people got together quite like Tinder did, and it has gone on to become a significant aspect of many young people’s lives.

Tinder is fairly simple in its operation: set up a profile and get to swiping left if you’re not interested in someone, or right if you are. If you and someone you swiped right on did the same for you, you can link up through the app. Tinder has been criticized for creating a more prominent “hook-up” culture than existed previously, but these claims are difficult to quantify. What is easy to quantify are the billion+ swipes the app sees on a daily basis. Pictured above are the two most right-swiped people on Tinder in the UK.[3]

Related: Failed At Tinder? Here Are 10 Surprising Things That Make You Less Attractive To Others 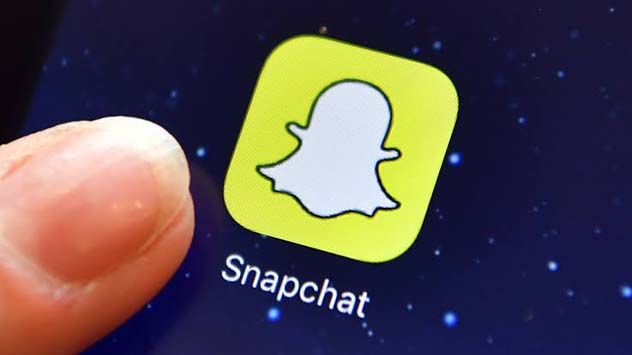 Snapchat first hit app stores in September 2011, and within a very short period of time, the app grew to become one of the largest image-sharing apps on the market. In less than a year, the service was processing 25 images each second, and since the service added video compatibility, Snapchat has seen growth to include more than 10 billion video views per day with over 210 million daily active users.

Snapchat’s success with its “story” feature pushed the competition to emulate it, and despite featuring the ability to remove any seen content shortly after it’s been viewed, more and more people have flocked to it as a viable image sharing platform. By limiting the amount of time a video or image can remain on the platform, Snapchat managed to continue to grow its sizable user base without having to invest heavily in expensive storage options. This has helped the company grow faster than most tech companies with similar offerings.[4] 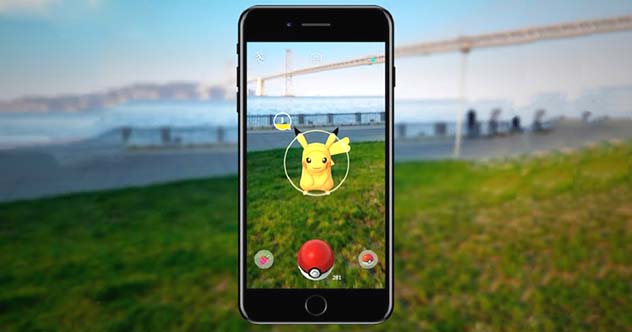 In terms of quantity, there are probably more games on the various app stores than there are utilities, and with that much content, it can be hard for one game to stand out from the rest. Then, there’s Pokémon Go, a game that not only became an instant success, but it also got people to leave their houses, venture out into the world, and capture digital creatures of all different kinds.

Since the game’s release in 2016, it has been downloaded more than one billion times. The game is entirely free, but players can purchase upgrades and tools to help in their quest to “catch ‘em all.” By the beginning of 2019, the game had grossed more than $3 billion, which is quite a lot for a free app. Pokémon Go’s biggest impact has been cultural, having bridged the gap between casual and die-hard gamers across the world. By March 2019, users around the world have walked a combined 23,000,000,000 kilometers, which is the same as ‘walking’ between Earth and Pluto three times.[5] 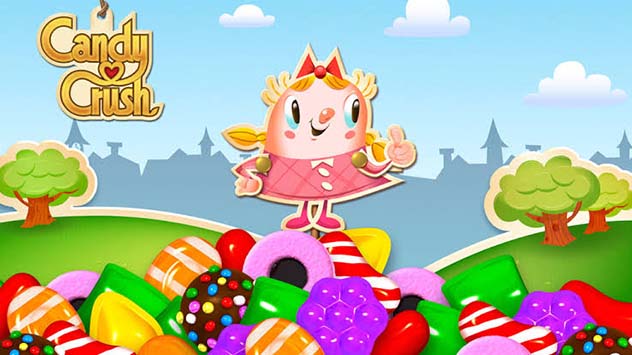 If Pokemon Go helped people get off the couch and out into the world, Candy Crush Saga did the exact opposite. In terms of play mechanics, Candy Crush didn’t have a lot to offer as far as anything new; rather, it evolved earlier matching games into a unique playfield spread over an ever-increasing number of levels. The game debuted in 2012, and despite being free, it’s one of the highest-grossing apps of all time thanks to its perfection of the so-called “freemium” model.

Since its release, Candy Crush has been downloaded more than 2.7 billion times. Gamers spent an average of $4.2 million every day during 2018, and by early 2019, the game had pulled in an estimated $1.5 billion overall. The game’s success drew the attention of Blizzard, which purchased its developer, King, for $5.9 billion. Money aside, the game has had a significant cultural impact, having spawned multiple spinoff games, a television game show, and numerous references across popular culture.[6] 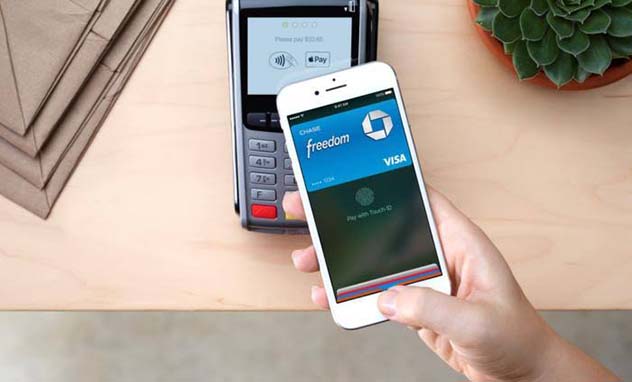 Years ago, science fiction dreamed of a day where we could abandon our paltry coins and bills to be replaced by credits or some other currency tied to a thumbprint or other means. That day became a reality in 2014 with the advent of Apple Pay. Technically, digital wallets have been around, in one form or another, for a long time, but Apple managed to put one in nearly everyone’s pocket, and in less than a year, Google followed suit.

By utilizing a person’s smartphone, Apple managed to create a means of payment, which could be authenticated via password, thumbprint, or even, facial recognition. The science fiction predicted decades previously had finally come around, and it has since adapted to work on smartwatches as well. The impact of Apple Pay, Google Pay, and other similar apps can be seen everywhere credit cards are taken, which means you can pay with any digital means almost everywhere on the planet.[7] 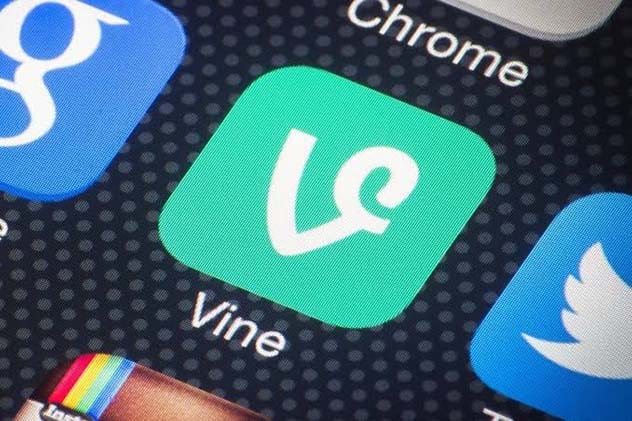 People want content, and for a long time, that content was considerably long. Movies are usually 90+ minutes while television shows run from 21 minutes to an hour, so it stands to reason that video content would follow suit. It pretty much did until the release of Vine in 2013. The app launched the popularity of the short-form video with each segment lasting only six seconds. If you thought a six-second video couldn’t garner the attention of anyone, you would be wrong. At its height, Vine had more than 200 million active users.

Vine survived until 2017, at which point, the platform was retired. It seemed like the impact of Vine was minimal until it was replaced by a Chinese app, Tik-Tok. Like Vine, Tik-Tok used microblogging short-form videos of between three and 60 seconds. The app took off like its predecessor and has gone on to see some 500 million monthly users in China and the rest of the world. Both Vine and Tik-Tok had a massive cultural impact, especially with younger users between the ages of 16 and 24 with a majority being female.[8]

Related: 10 Terrifying YouTube Videos That Will Keep You Awake At Night 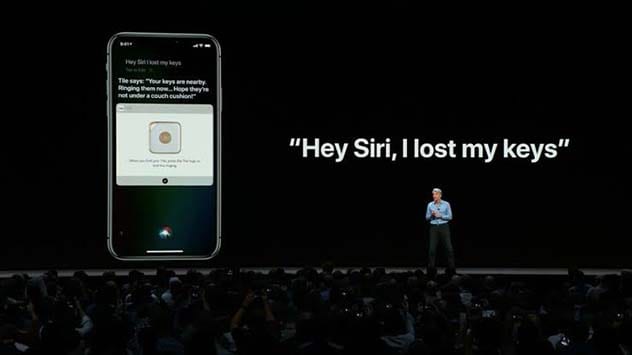 Back in the dark ages, people with cellphones had to get things done by typing/tapping some sort of input. Fortunately, those days are mostly behind us thanks to the advent of digital assistants and the release of Siri back in October 2011. Siri became a friend and companion to many iPhone users across the globe, and she—yes, Siri is personified as a woman—became a cultural icon. Siri effectively replaced the need to type anything into a phone since she can respond in real-time to vocal requests. If you need to schedule a meeting, order food, or check your stocks, just ask Siri.

Since Siri proved to be immeasurably popular with Apple users, other companies got into the digital assistant game. Google, Samsung, and many more have their own digital assistant, but it’s the one who came first that dominates the market. Siri did something no app had done before when, in 2017’s The Lego Batman Movie, she voiced the role of ‘Puter.[9]

Related: 9 Signs Apple Is Being Run By Supervillains 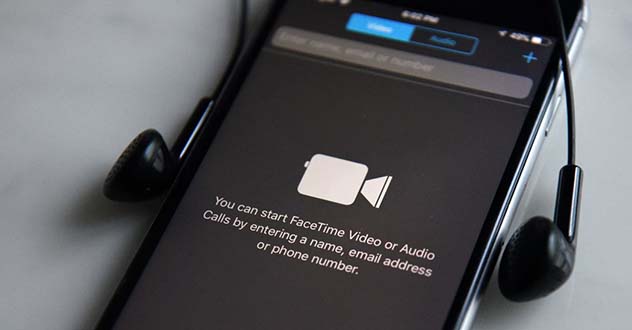 Another technology that was promised to folks in the 20th century through numerous science fiction stories was video communication. Over the years, video chatting showed up on a number of devices and computer applications, but it needed a push from Apple to finally land in people’s pockets via a reliable application in FaceTime. The app first debuted in mid-2010, and while it wasn’t the first app to link people all over the world in video chats, it was the first to gain wide acceptance such that many people refer to video chatting with someone as “facetiming” whether they are using the app or not.

Since its development, other companies have expanded their own video chatting tech, but as those apps grow and develop, so too does FaceTime. The app was so successful and widely implemented, video chats have become the norm. Whether you use FaceTime to see your friends and loved ones across the world, or you use Skype, Google Chat, Facebook Messenger, or any of the dozens of viable apps, they all owe their success to Apple’s FaceTime.[10]