China isn’t usually the country that comes to mind when we think of “environmental responsibility”. This is, after all, a country that loses 1.6 million lives each year to the toxins in its air.

Still, no country better understands the dangers of pollution than China – and that’s having an effect. While other countries have been slacking in their commitment to the world’s climate pacts, China’s actually been stepping up – and is on track to becoming the world leader in combating climate change.

It’s the last thing anyone ever expected. China has become our last, best hope for the environment.

How in the world did this happen?

10 The Chinese People Demand It 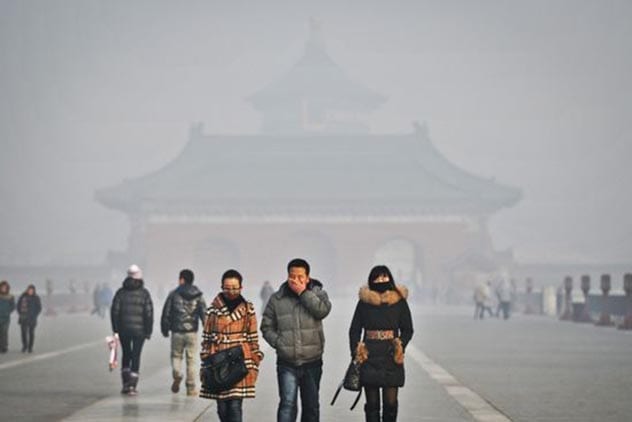 In 2008, the US Embassy in Beijing installed a little air-quality monitor on the top of their building and had it send out automated tweets reporting the daily level of air pollution. They weren’t out to be subversive, but they accidentally revealed a major issue.

The levels the embassy reported were much, much higher than the ones the Chinese government were reporting, and they made something painfully clear – the government wasn’t telling the truth.

Soon, Chinese citizens started tuning in to the embassy’s report instead of the government’s. The government tried to censor it, announcing that its “readings were illegal”, but the embassy went on tweeting anyway.

The people started getting worried. They complained about the “state secret” of environment pollution levels. Normally, complaining would have been dangerous, but the government’s a bit more forgiving when it comes to the environment, and so the complaints rage on.

9 China Is Calling For Bigger Emissions Cuts Than The UN 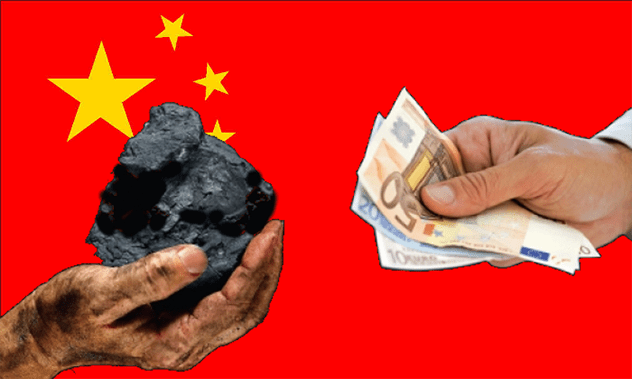 In 2011, China stood before the UN and declared that every major economy – including themselves – should be legally forced to curb greenhouse gas emissions after 2020. They proposed introducing consequences to countries that didn’t meet their targets and volunteered to sign up first, saying, “We accept a legally binding agreement.”

The world was confused. This was, after all, China, the pollution center of the world. Most of the world’s leaders just wanted to figure out what China was up to. As it turns out, though, China has actually followed through with its commitment. They have plans on lowering their reliance on coal over the next few years and have committed to making carbon dioxide emissions peak by 2030, with levels only going down after that.

And it’s working. Based on their progress so far, experts actually believe they’re going to do better than promised. There are people asking if China’s emissions have already peaked, 14 years ahead of schedule.[2] 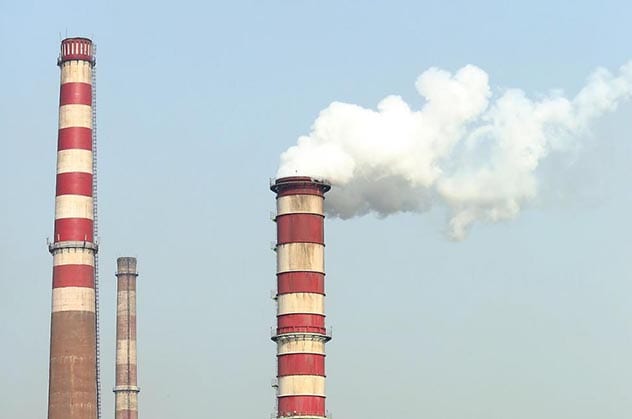 We usually think of China as the world’s biggest polluter – but people are starting to shift blame onto the US instead. And they might not be wrong.

Technically, China releases the most greenhouse gases per year, but from a historical perspective, they’re far from the worst. Between 1850 and 2011, the United States was the source 27% of all carbon dioxide emissions, while China only caused 11%.

Even today, the United States might actually be creating more pollution that China. China produces 8.5 billion tons of greenhouse gases annually, but that’s just because their economy relies on industry. 20% of those gases come from factories producing things for the United States.

American companies pay for these factories, but they put them in China instead of the US to keep their costs down. Still, the pollution is actually coming from American activities and interests. If we shift the responsibility for that pollution back to America, the United States’ annual 6.9 billion tons of greenhouse gases gets a lot higher – and it becomes a bigger number than China’s.[3] 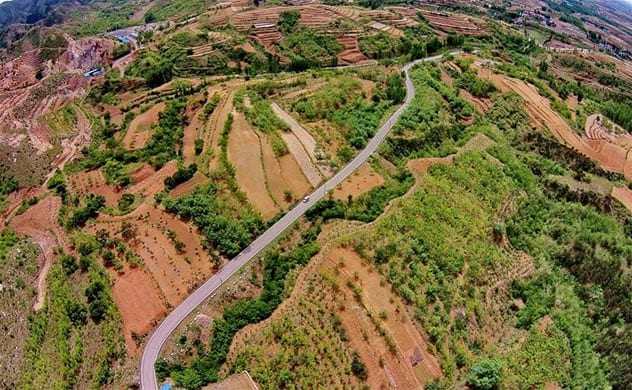 One of the reasons the climate’s going up so quickly is because we’ve lost so much of the rainforest. You’ve probably already heard that the rainforest absorbs a massive amount of carbon dioxide, and that without it we’ve lost a major natural defense. You might not have heard, though, that China’s pretty much made up for it.

Ever since 1981, every Chinese student over the age of 11 has been required to plant at least one tree each year to encourage their role in taking care of the environment. It’s made a difference. In 2008 alone, China increased its forestage by 4.77 million hectares.

The biggest impact, though, is from the Great Green Wall they are planting in the Gobi desert. China is planning on covering a 4,500km area of desert with 100 billion trees.

The impact will be incredible. Already, the Great Green Wall has offset 81% of the loss in above-ground biomass carbon lost to tropical rainforest deforestation since 2003 – and they aren’t even done planting yet.[4] 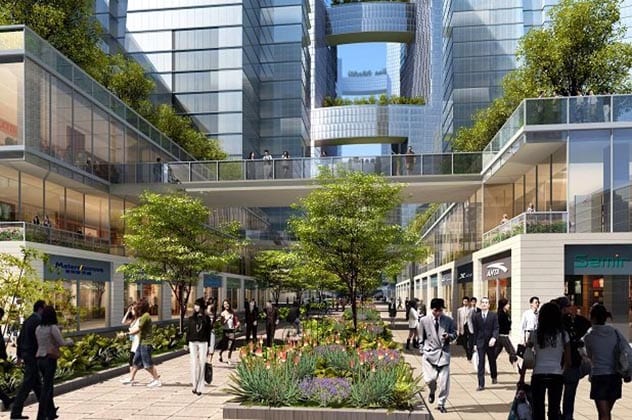 Cars are one of the biggest sources of air pollution in the world. Currently, the vehicles on Chinese roads are responsible for nearly a third of the toxins in the air – but they’re doing something about it.

China is currently working on a plan to take 5 million aging vehicles off of the road as part of a larger commitment to cut emissions by 17%. In exchange, more and more people are going with electric cars. In fact, sales of Tesla’s electric cars tripled in the last year.

The most interesting idea, though, is the Great City, China’s plan to create a town that doesn’t have a single car. The city will be able to house 80,000 and will be surrounded by a buffer green spaces that make up 60% of the area. It will take 20 minutes to walk across the city on foot, and people will have to use public transit to enter and exit the town.[5] 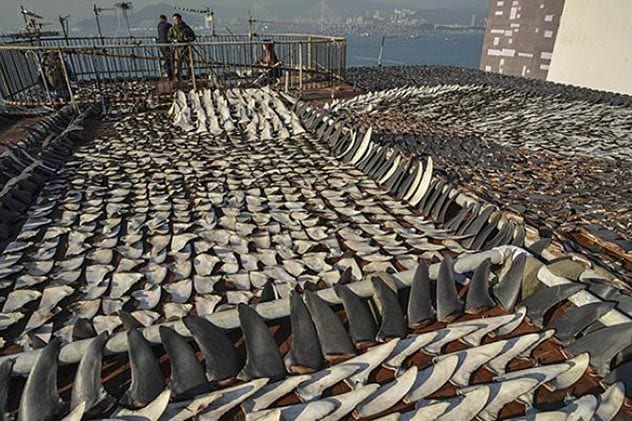 China doesn’t exactly have the world’s best track record for animal rights, but it’s starting to get a better. They’ve made some major changes in how they harvest shark fins, and what’s interesting, for an autocratic country, is how it happened.

NBA All-Star Yao Ming launched a massive campaign to stop shark fin consumption in China. Before he’d started, the public was unaware of where their food was coming from. Shark fin soup, in China, is marketed as “fish wing soup”. Because of its name, in 2006, 75% of the people didn’t even know it came from sharks, let alone that crippled sharks were being tossed back in the water to die after their fins were harvested

That changed because of Yao Ming’s campaign. By 2013, 91% of the population of China supported a nationwide shark fin ban – showing that the people are really willing to fight for animal rights as long as they understand it.[6] 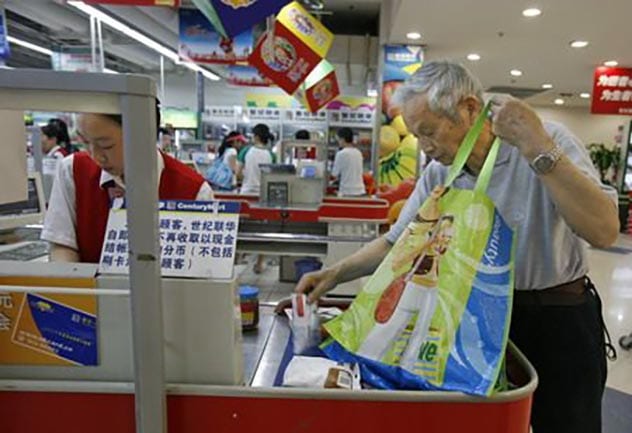 China hasn’t banned shark fin soup yet – but they’ve banned an awful lot else. China can get away with limiting people’s freedoms in a way that democratic countries can’t, and they’re taking advantage of it in the war on pollution.

They are the largest country in the world to ban plastic bags, and, because of it, Chinese supermarkets have reduced bag use by 66%.

That’s just the start, though. They’ve also set limits on fireworks – which sounds like a silly idea, but actually makes a lot of sense. Fireworks create a lot more pollution than we realize. In an experiment, scientists lit off 3 fireworks in a 30-cubic-meter room and pollution went up to 40X the safe level. In China, where New Years means fireworks are being lit on every corner, it adds up a serious effect.

Anything and everything that adds to air pollution is being cut out of Chinese life. Smoking was banned in Beijing because of its contribution to air pollution. In some places, China even banned bacon for putting too many toxins in the air.[7] 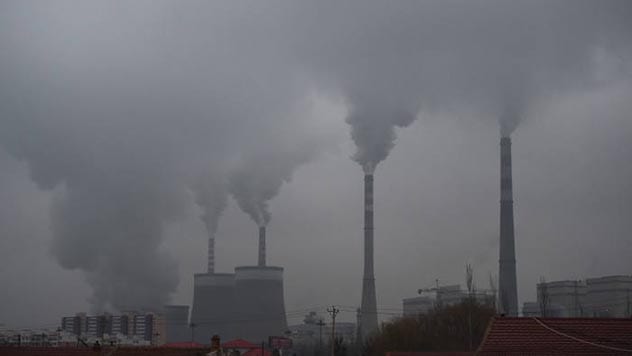 China has been looking into ways to stop just regulating and forcing people to stop polluting and start trying to find ways to make going green economically worthwhile. One of those is their new carbon market, which is going to be the biggest of its kind in the world.

Next year, China will open a cap-and-trade program to lower emissions from their most environmentally dangerous industries. The plan puts a cap on the six industrial sectors that create the most pollution. They aren’t allowed to go over their limits, but if they stay under, the can sell their extra permission to other industries.

They’re going to share power outside of the country, as well. China is currently working on setting up a super grid with India, South Korea and Japan that will let them share excess power with their neighbors, reducing energy waste and their impact on their environment.[8]

2 They Are Sacrificing Their GDP To Help The Environment 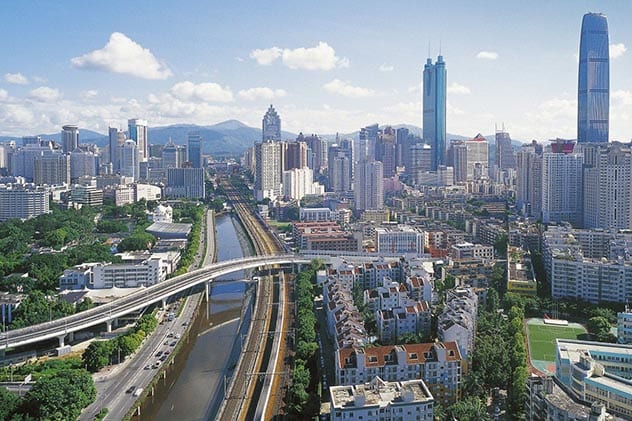 China is committed to their new image. They have admitted that, in the past, “China’s GDP growth has sacrificed its environment,” but their plan has changed – and now they’ve pledged to put the environment first.

The country has set aside $6.6 trillion to meet their greenhouse gas reduction goals. They’re planning on going even further, too – they’re committed to regularly checking their progress and increasing their goals whenever possible.

When America started talking about dropping out of the Paris Agreement, China didn’t change their plans. Instead, they are filling the gap by putting $3.1 billion into helping other developing countries’ climate programs.

It’s a strange role reversal. Today, China is criticizing America for not doing enough to protect the environment. “If they resist this trend,” one Chinese politician warned, “I don’t think they’ll win the support of their people, and their country’s economic and social progress will also be affected.”[9] 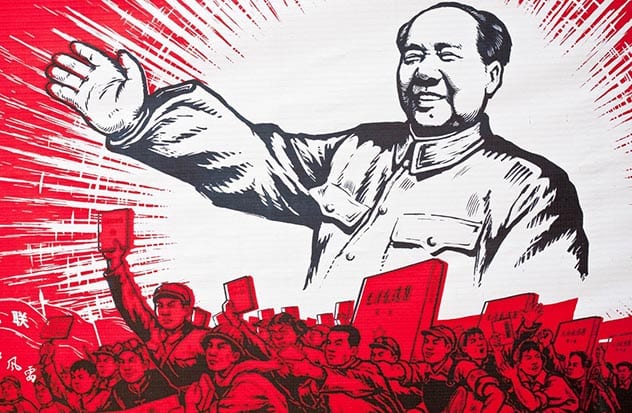 China’s doing all this for a reason – it’s for their own gain.

China has become a bastion of progressive environmental ideals because it’s in their best interest. They’re trying to win over the world through soft power, or, in other words, by expand their political influence. They’re fighting for a green future because it lets them take the moral higher ground in UN meetings on other issues.

Winning the moral high ground on the environment, Zou Ji said, will “spill over into other areas of global governance and increase China’s global standing, power and leadership.”

So, China’s doing this for crass, political reasons – not out of the goodness of their hearts. But in a weird way, it actually might be our best hope. China’s the one country we can count on to hold up their promises – because it’s worth their while.[10]

For more lists like this, check out 10 ‘Green’ Products That Are Bad For The Environment, and 10 Archaeological Discoveries Made Possible By Climate Change