Our environment is kind of an important thing. We all live in it, and the ability to move out isn’t exactly just around the corner. Fortunately, many people do care about the environment and want to help preserve it somehow.

Lately, everyone wants to be “green” as science and government groups push us all to be more environmentally conscious. However, companies have started to take advantage by marketing items as “eco-friendly” and “green” while their environmental impact is questionable. Here are several “green” products that may not be as environmentally friendly as you thought. 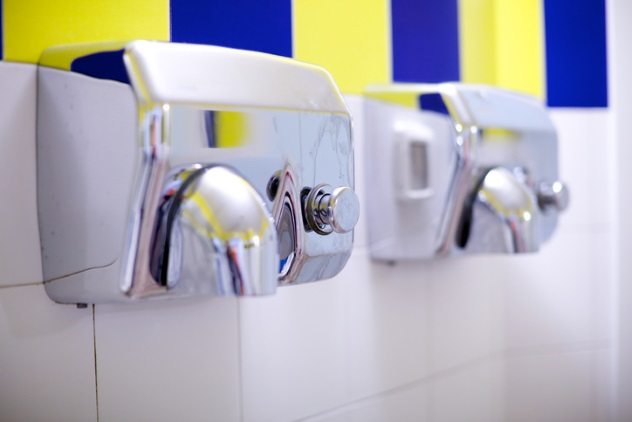 Those air dryers for your hands in public restrooms that market themselves as “green” and “saving trees” can be surprisingly wasteful. Warm-air dryers use a lot of electrical power and aren’t very effective at getting your hands dry, so you must run them for a long period of time as well.

With the power it takes to run air dryers, especially older models, the better option for drying your hands is actually paper towels.[1] The average paper towel can achieve 90-percent hand dryness in ten seconds, while it takes 40 seconds to achieve a similar dryness with a hand dryer. While there is newer technology for cold-air or high-pressure dryers that are more efficient, their high price makes them rarer in public restrooms. 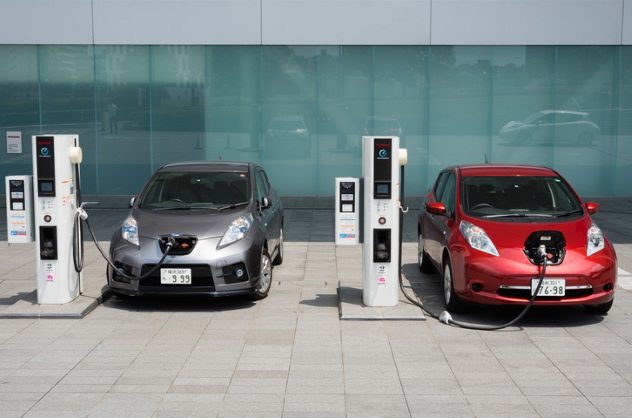 This one is a shocker. Yes, driving an electric car does not produce carbon emissions. However, most people are surprised to know how much CO2 is emitted during the production of the lithium ion batteries that power them. A recent study by the IVL Swedish Environmental Research Institute shows that the production of electric car batteries releases a surprising amount of carbon dioxide.[2]

For example, the Nissan Leaf has an approximately 30-kilowatt-hour battery, and the Tesla Model S battery is around 100 kilowatt hours. The production of a battery generates around 150 to 200 kilograms of CO2 per kilowatt hour. Thus, the Nissan leaf has already released roughly 5 tons of CO2 into the air before it is even purchased. The Tesla battery calculates out to 15 to 20 tons of CO2 with its larger battery. The concept of an electric car is a great idea, but until battery production is more efficient, the environmental benefits are questionable. 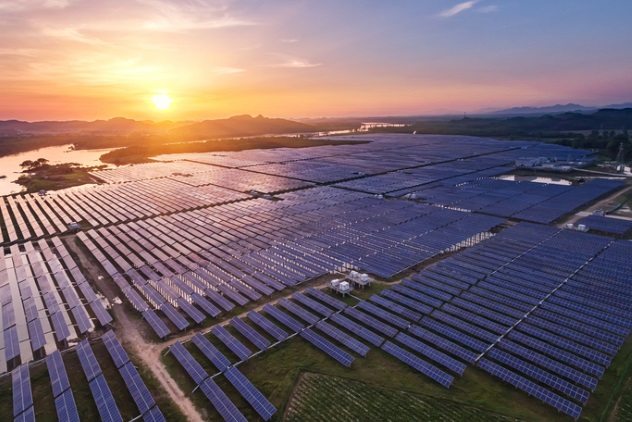 Similar to the lithium batteries, this one is about the production process. The production of solar panels requires harsh, corrosive chemicals (like sodium hydroxide and hydrofluoric acid), not to mention lots of electrical power and water consumption.[3] It also creates waste, some of which is very hazardous. These issues raise the question of how well solar power can fight climate change and reduce environmental toxicity.

Also, solar panels use many rare metals (like tellurium and indium), and when they’re no longer suitable for use, there is no available process for recycling them. Solar panel producers say there isn’t enough demand to spend time coming up with a process for doing so. Hopefully, in time, these companies will adapt and take on more environmental responsibility regarding production, but for right now, solar power isn’t as wonderfully green as people believe it to be. 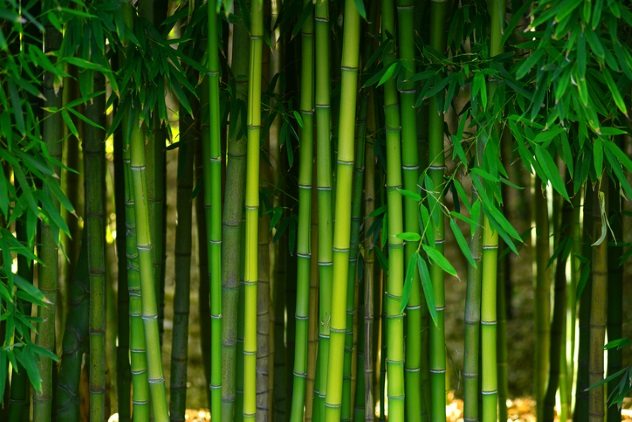 Using bamboo to create fabrics has gained popularity due to its “environmentally friendly” marketing. The bamboo plant grows quickly and requires no fertilizers or pesticides, so it is a more renewable plant source. However, most people don’t realize that the process to convert bamboo into fabric uses a lot of harsh chemicals. Where cotton only requires seed removal and drying to be spun into yarn, bamboo must be crushed, cooked in lye (sodium hydroxide) into a thick solution, and squirted into “threads,” which are dipped in acid before they can be turned into yarn. There is also a bleaching process.

The chemical use makes the environmental friendliness questionable. While some companies have safety measures in effect to control strong caustic chemicals used in manufacturing, most bamboo clothing is processed in China, where they don’t have such laws to protect the environment from these harsh chemicals.[4] 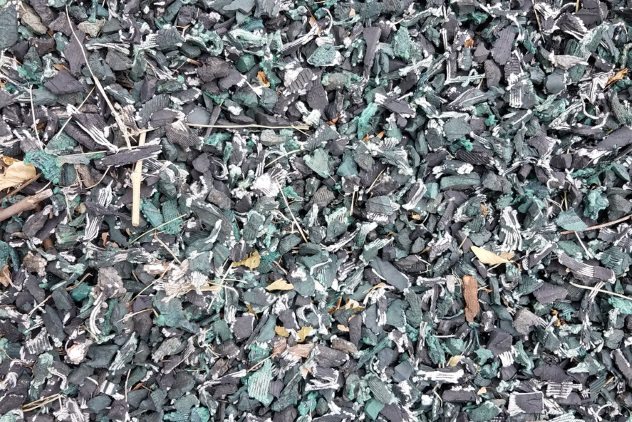 Have you seen people using shredded scrap rubber from tires as mulch in their flower beds? Rubber waste from tires is a big environmental issue. But many have questioned if using it for mulch is an environmental solution or a health problem. Shredded rubber is used not only on flower beds and gardens but also playgrounds, where children are exposed to them.

Rubber tire production has a history of health concerns for workers due to the toxic chemicals that are used. A recent study confirmed that ground-up rubber tires can still contain those harsh chemicals.[5] While many studies have been conducted, some toxicologists and doctors believe that they have been limited and insufficient to prove if shredded rubber is safe for common exposure, especially around children. Until more information is known, wood mulch is safer, and it easily biodegrades in soil. 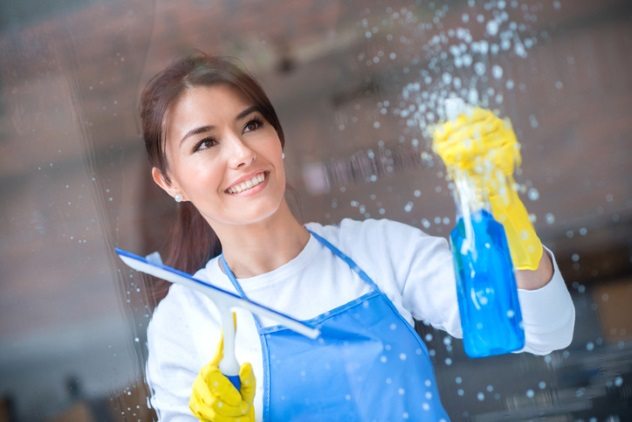 We all know that many conventional household cleaners contain chemicals that can be harsh on the environment and hazardous to our health, such as ammonia, chlorine, and alcohols. The concept of a nontoxic, renewably sourced cleaner seems like a no-brainer. However, there are no government guidelines on cleaning products or regulation of use of marketing terms such as “environmentally friendly,” “non-toxic,” and “natural.” They can simply be used for advertising purposes and have no basis in fact.

A recent study by the Melbourne School of Engineering found many such labeled products to contain toxic compounds.[6] For “greener” cleaning, simple alternatives such as vinegar and baking soda work well and are generally safe. 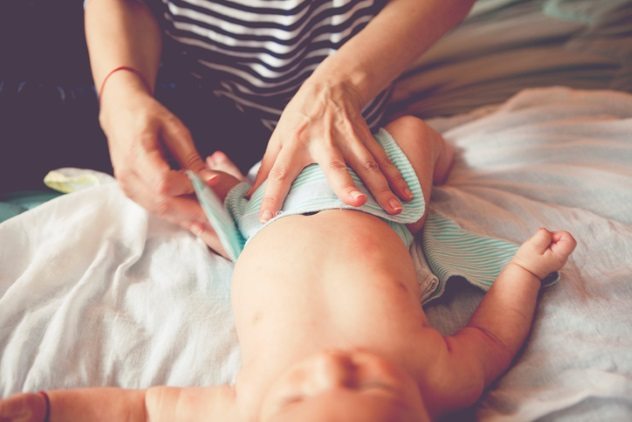 It turns out that disposable diapers may not be as wasteful as you think. In a recent study by the Environment Agency, the total impact on global warming is estimated as slightly higher for washable diapers as opposed to disposable ones.[7]

This surprising result is due to the power and water usage of washing the diapers in a washing machine. The study noted that washable diapers only have a lower carbon footprint if they are washed using an energy-efficient washing machine 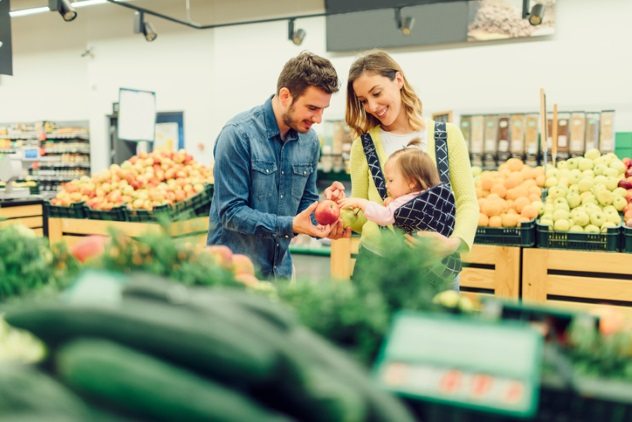 Producing food organically actually uses 40 percent more land than traditional farming. Also, while the organic market is highly regulated to ensure that all aspects of crop production are free of synthetic chemical pesticides and insecticides, studies have shown that some “organic” pesticides can be more toxic than the traditional synthetic ones.[8] This study also noted that environmental impact and sustainability do not always favor the organic farms over the conventional ones.

In addition, it is important to keep in mind that like other produce, not all organic produce is grown locally. The farther your produce has to travel to your store, the higher the carbon footprint becomes, so buying local is a smarter choice. 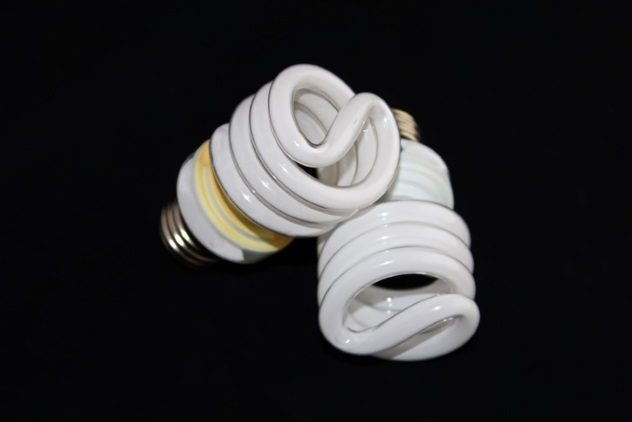 Compact fluorescent light bulbs (CFLs) have aggressive advertising in home improvement stores, and you can even get a box of them free from several power companies. Everyone wants to pay less on their power bill, and these light bulbs do use much less energy than conventional bulbs. Many people are unfortunately unaware of the mercury content of CFLs, however. When people think of mercury poisoning, fish immediately comes to mind, but in reality, Americans get most mercury exposure from these light bulbs.

The average CFL contains about 4 milligrams of mercury.[9] While that is a small amount, to put it in comparison, the FDA recommends no more than 42 micrograms (or 0.0042 milligrams) for a 60-kilogram (132 lb) person per day from fish consumption. A CFL contans almost 100 times the suggested limit.

The EPA states that the mercury is only released when the bulbs are broken, but are the energy savings worth the risk of exposure when a CFL breaks? Also, mercury cannot be safely disposed of in the normal garbage, so if your CFL isn’t broken, the EPA wants you to take it to a designated recycling center, which is inconvenient. 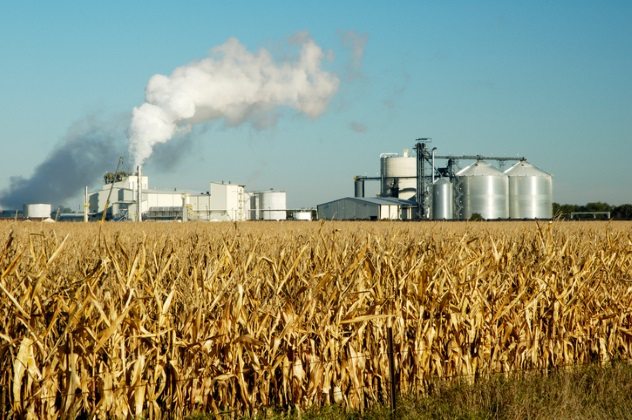 We definitely need more renewable alternatives to fossil fuels for sure. But ethanol from corn has several issues. A study by the University of Nebraska suggests that turning corn crop residue into ethanol and other biofuels can generate more greenhouse gases than gasoline. Growing corn also requires more fertilizers and pesticides than other crops.[10]

I am an environmental enthusiast and live on a small farm. I work as a chemist and a professional pianist and have a BS in Environmental Science and BA in music. I believe in the importance of farming and living off the land and want to raise my family to have a self sustainable lifestyle.

For more ways to help the environment that don’t, check out 10 Environmentally Conscious Actions That Backfired In Strange Ways and 10 Ways Recycling Hurts the Environment.