Disappearances are some of the coolest unsolved mysteries. It is amazing to think of what might have become of some of the people on the list. Was a former NBA player executed by firing squad in Uganda? Did Percy Fawcett go mad in the Amazon? Was the son of Nelson Rockefeller really eaten by cannibals? The world may never know. The following is a list of people, some famous, some not, who disappeared without a trace. The list is in no particular order. 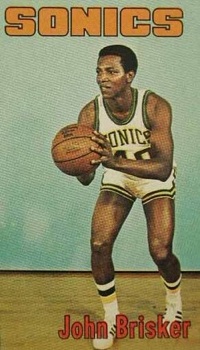 John Brisker was an American basket ball player who played in the ABA and NBA in the early 1970’s. Brisker averaged over 20 points per game and was considered a solid defensive player too. But, his volatile personality and penchant for fighting caused him to be cut from the Seattle Supersonics at the end of the 1975 season.

According to a teammate, Charlie Williams “Was an excellent player, but say something wrong to the guy and you had this feeling he would reach into his bag, take out a gun and shoot you.”

In 1978 Brisker traveled to Uganda, telling his family he was entering the import/export business. What happened next is one of the enduring mysteries of the 1970’s. The prevailing theory is that Brisker went to Uganda, not to become a business man, but as a guest of Ugandan strongman Idi Amin. When Amin was overthrown in 1979, Brisker was allegedly executed by firing squad. His body has never been recovered. 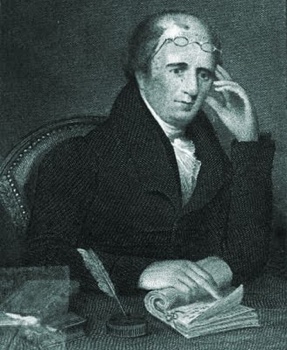 William Morgan was a would-be author who disappeared near Batavia, New York in 1826. What makes his disappearance noteworthy was the involvement of local Freemasons in a conspiracy to silence him. A failed business man, Morgan attempted to join the fraternal order of Freemasons in Batavia. Angered by his rejection, Morgan declared his intention to reveal the secrets of the group in an upcoming book. This action angered local Freemasons, who took out newspaper ads denouncing Morgan and even attempted to burn his newspaper office down. Morgan was eventually arrested on charges that he owed money and was jailed in Canandaigua, New York.

Later that same night, an unknown man came to the jail claiming to be a friend. He offered to pay the debt and have Morgan released. Morgan left the jail with the man and was never seen again. Three Masons were eventually convicted of kidnapping Morgan, but his body was never found. The most widely accepted theory is that Morgan was drowned in the Niagara River. Freemasons, of course, deny this is what happened and claim that Morgan was paid $500 to leave the country. In 1827, a badly decomposed body was found on the shores of Lake Ontario. The body was thought to be Morgan’s, but no positive identification could be made.

The disappearance of William Morgan created widespread anti-Masonic sentiment. The Anti-Masonic party even fielded a presidential candidate in 1832. 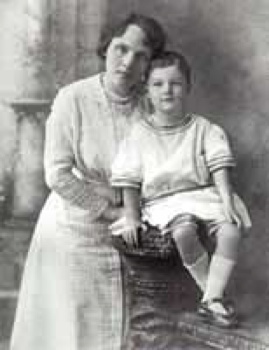 On August 23, 1912, Lessie and Percy Dunbar came face-to-face with every parent’s worst nightmare, when their four-year-old son Bobby disappeared on a fishing trip near Swayze Lake in St. Landry Parish, Louisiana. Eight months later, Bobby was found in the custody of William Cantwell Walters. Walters was convicted of kidnapping and Dunbar was returned to his family.

But the story doesn’t end there. A woman named Julia Anderson, claimed this was case of mistaken identity and that “Bobby Dunbar” was actually her son, Charlie Bruce Anderson. For some reason, Anderson’s claim was dismissed and Bobby Dunbar was returned to his parents. More than 90 years later one of Bobby Dunbar’s grandchildren decided to put an end to the mystery once and for all. A DNA test conducted on Bobby Dunbar Jr. and the son of Lessie and Percy Dunbar’s other child, Alonzo, established there was no blood relation! The child raised as Bobby Dunbar wasn’t Bobby Dunbar!

It is now presumed that the real Bobby Dunbar either drowned in the swamp or was killed by an alligator. The true identity of the fake Bobby Dunbar remains a mystery. 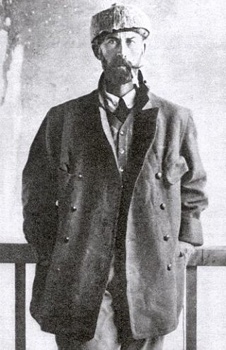 Percy Fawcett was a British archaeologist and the inspiration for Indiana Jones. In 1925 Fawcett, his eldest son Jack and Raleigh Rimell set off deep into the Amazon to find a mythical lost city Fawcett named “Z”. They never returned. They were last reported crossing the Upper Xingu River, a southeastern tributary of the Amazon. It is assumed the trio was either killed by natives or simply succumbed to the elements. Wilder theories have Fawcett going mad and living out his days as the crazed chieftain of a tribe of cannibals! In 1927, one of Fawcett’s nameplates was found by locals and in 1933 a compass, of the type used by Fawcett, was found by Colonel Aniceto Botelho.

Over 100 people have died on numerous expeditions to discover the fate of Fawcett and his companions. A set of bones, thought to be Fawcett’s, were discovered in 1951. However, DNA testing proved they were not. The ultimate fate of Fawcett, his son and Rimell, will probably never be known. 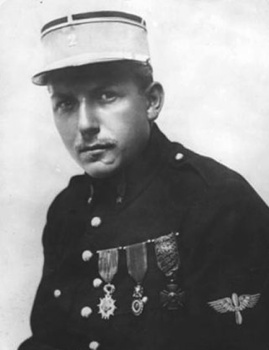 Charles Eugène Jules Marie Nungesser (above) and Francois Coli were French World War I pilots and rivals of Charles Lindbergh to make the first non-stop transatlantic flight. On May 8, 1927, Nungesser and Coil set off from Paris in a modified Levasseur PL.8 bi-plane, named the White Bird. The plan was to fly a great circle route over the southwestern part of England and Ireland, across the Atlantic to Newfoundland, then head south to a water landing in New York.

When the plane didn’t arrive, an international search was launched. Nothing was ever found. There are two popular theories as to the fate of the White Bird and its crew. One theory holds that a sudden squall caused the plane to crash in the Atlantic. A second theory maintains that Nungesser and Coil made it as far as Newfoundland or even Maine before crashing. This theory is supported by numerous eye witnesses, including Anson Berry, who claimed to have heard a sputtering aircraft fly over his isolated camp at Round Lake, Maine, late in the afternoon of May 9, 1927.

Clive Cussler and the NUMA team even got involved in the search, sending divers to search Great Gull Lake. To date, nothing conclusive has been proven, but small pieces of wreckage found in Maine suggest the plane did reach the coast. 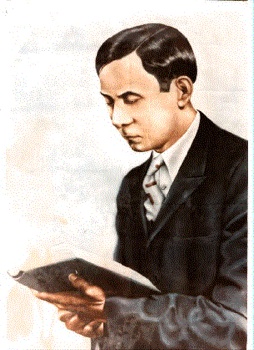 Wallace Fard Muhammad was the founder of the Nation of Islam. Muhammad’s life is shroud in mystery. He was either born in Afghanistan, Mecca or New Zealand sometime between 1877 and 1896. Even his true name is disputed. Alternative names on record include Wallace/Wallie Dodd Ford, Wallace Dodd, Wallie Dodd Fard, W.D. Fard, David Ford-el, Wali Farad and Farrad Mohammed.

What is known is that Muhammad preached in Detroit from 1930 to 1934 before vanishing without a trace on a trip to Chicago. Numerous theories surround his disappearance. Some maintain he was killed by police or possibly his successor, Elijah Muhammad. Other theories have him returning to Mecca or even being called back to the so-called “Mother Plane”. There is some evidence that Muhammad lived into the 1960’s. An alleged former lover claimed he returned to New Zealand. Despite disappearing in 1934, the FBI maintained an open file on Muhammad until 1960. 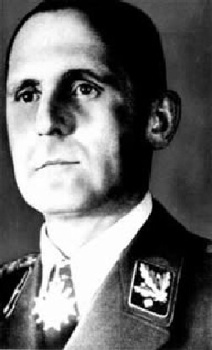 Heinrich Müller was head of the Gestapo and played a leading role in the planning and execution of the Holocaust. He was one of the last Nazi loyalists to remain in the Führerbunker as Soviet forces closed in. He disappeared on May 1, 1945, the day after Hitler committed suicide. Müller was one of the highest ranking Nazi party members to escape justice and CIA files reveal an exhaustive search to find him in the months after the war. But, there were never any solid leads and the search was complicated by there being several Heinrich Müllers among the Nazi high command.

During the Cold War, it was believed by some in the CIA that Müller was being hidden by the Soviets. But, a thorough examination of Soviet documents following the end of the Cold War found no evidence. While his ultimate fate remains a mystery, it is now widely believed Müller died in Berlin shortly after the war. 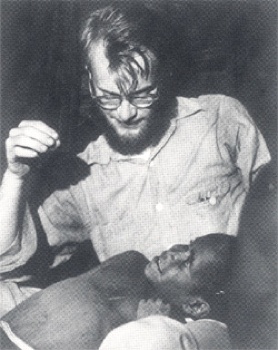 Michael Rockefeller was the youngest son of New York governor Nelson Rockefeller and a fourth generation member of the legendary Rockefeller family. While working for the Peabody Museum, Rockefeller developed a love for archaeology. In 1961, he took part an expedition to explore New Guinea, one of the last uncharted areas of the world.

On November 17, 1961 Rockefeller was riding in a 40-foot dugout canoe with Dutch anthropologist René Wassing, when the boat became swamped and overturned.
Wassing managed to swim to shore, but Rockefeller was not so lucky. Despite an extensive search no trace was ever found. It is presumed that Rockefeller either drowned or was killed by a shark or crocodile. However, there is circumstantial evidence that Rockefeller may have met with a much stranger and far more gruesome fate.

Even in 1961, New Guinea was home to tribes of headhunters and cannibals, some of whom lived not far from where Rockefeller disappeared. It is entirely possible that he was captured and killed as revenge for several tribesmen who were killed by a Dutch patrol three years earlier. An unsubstantiated claim by author Paul Toohey, holds that Rockefeller’s mother hired a private investigator to discover what became of her son. According to Toohey, the investigator brought back three skulls local tribesmen claimed were white men they had killed. One of these skulls was supposedly Michael’s. The Rockefeller family has never confirmed the story. 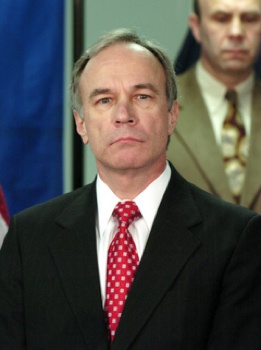 Ray Gricar has been missing for only five years, yet the circumstances surrounding his disappearance are as strange as any other on this list. Gricar was the District Attorney for Centre County, Pennsylvania. On April 15, 2005, Gricar took the day off to travel to Lewisburg, Pennsylvania and was never seen again. His abandoned car was discovered in parking lot in Lewisburg. Although Gricar was not a smoker, authorities discovered cigarette ashes in the car and a faint odor of smoke.

The discovery of Gricar’s laptop, recovered from the Susquehanna River several months later, would yield even stranger clues. The hard drive had been removed and damaged beyond repair. In April of 2009, police reported Gricar had made web searches for information on how to destroy a hard drive. The investigation is ongoing, although authorities believe his death to be a suicide. 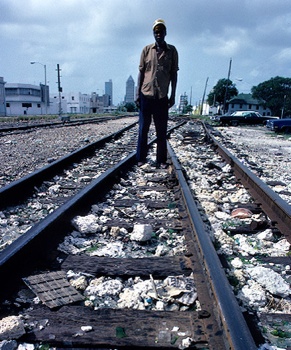 “Sweet” Jim Robinson was a boxer, best remembered for being one of Muhammad Ali’s first professional opponents. Robinson was not a very good boxer and was often used as an easy win for up-and-comers. He fought Ali in February, 1961, losing in the first round. He retired after seven years, with a dismal 5-23 record.

In 1979, Sports Illustrated reporter Michael Brennan interviewed Robinson at his home in the Liberty City district of Miami. This was the last known interview with the former heavyweight. ESPN reporter Wright Thompson spent six years searching the Miami area for any sign of the missing boxer. Even famed Ali collector Stephen Singer, who has collected autographs from every Ali opponent except Robinson, has come up empty. Although not officially considered a missing person, Robinson’s current whereabouts are unknown.