The ever-prolific field of archaeology continuously churns out new and significant discoveries. When you imagine such finds, perhaps you envision scientists down in the dirt, using small brushes to uncover tiny bone fragments or shards of pottery. Such seemingly insignificant bits can, of course, rewrite history.

Archaeologists have been cataloging discoveries that can fit in the palm of your hand for centuries. Despite that, uncovering monumental artifacts is by no means on the wane. All over the globe, new megalithic monuments, statues, and even cities are being rediscovered. 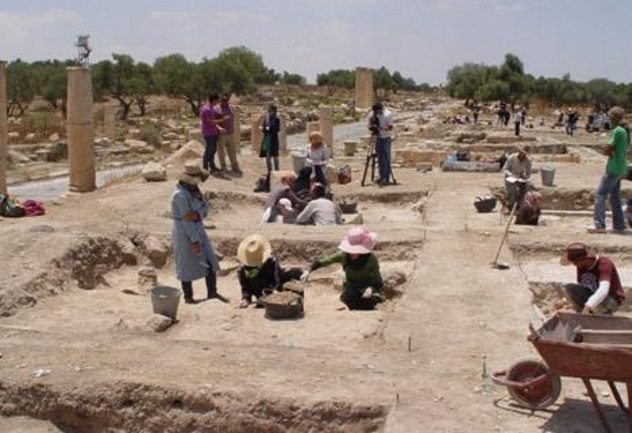 Gadara, now Umm Qais, is an ancient hilltop city gazing out over the Sea of Galilee. The city’s long and rich history has left behind several archaeological treasures. Some of the most impressive include a theater made of black basalt, a basilica, and courtyard filled with black stone coffins. During a 2017 dig, a university team added a unique find to Gadara’s heritage. They uncovered the ruins of a temple dating back to the Hellenistic era (332–63 BC). The roof was long gone, but enough structure remained to determine that it was built in a Greek style called “Distyle in Antis.”[1]

The first of its kind to be unearthed in the area, the temple yielded pillars, a holy chamber, a podium, and a pronaos. The latter was the interior part of a portico usually found in Roman and Greek temples. The Hellenistic years passed, but the sacred building remained in use during Roman, Byzantine, and Islamic times. In addition, the excavation also rediscovered a group of Hellenistic wells at Gadara’s center. Together with Roman-era tunnels, the network connected to a hot bath in the city. 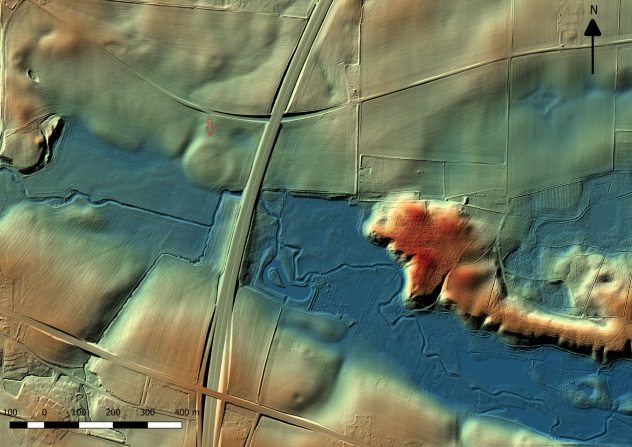 In 2017, modern laser technology enabled archaeologists to search for the hidden layout. The scan confirmed that Borgring was indeed one of only five Trelleborgs in Denmark.[2] It had the trademark suburban layout inside and four gates aligned with the main compass points, and the surrounding ditch was V-shaped. The 1,000-year-old structure was enormous. A near-perfect circle, Borgring measures around 150 meters (500 ft) in diameter.

The mammoth Trelleborg fortresses could change Viking history. All of them were built during an unusually short period, spanning AD 975 to 980. This was when the Vikings faced immense military threats from German and Slavic nations. The fortresses appear to be solely a response to this situation because none were constructed after the German emperor died. But to raise several Trelleborgs so fast required an advanced level of organized leadership not previously associated with the Vikings.

8 The Griffin And The Dragon 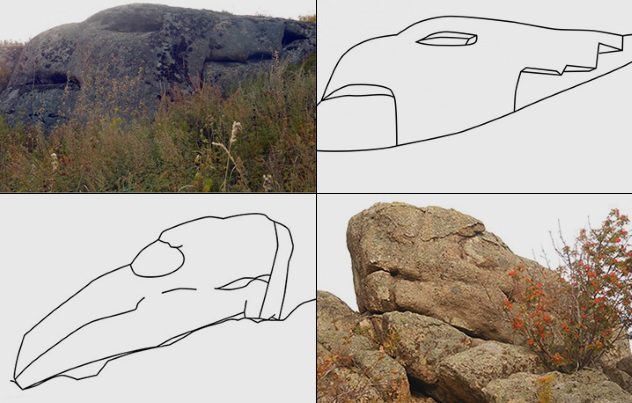 In 2013, archaeologists exploring Mokhnataya mountain in Siberia found unique granite monuments. Two enormous creatures had been shaped from the stone and resembled a dragon and a griffin.[3] The dragon consists of six pieces and weighs over 120 tons.

While the dragon revealed little about the monuments’ mysterious creators, the griffin was more forthcoming. The beast measured 5.9 meters (19.4 ft) long and 2.5 meters (8.2 ft) tall. The distinctive beak and crest made it similar to the mythical eagle-headed creatures found in the Scythian culture. The Scythians existed in Siberia as far back as 3,000 years ago, but they do not match the age of the megaliths. The monuments could easily be older than 12,000 years.

This older culture might be where the Scythians eventually inherited their symbol system from. Even the dragon, the only of its fiery kind to be found in Siberia and the oldest in Russia, shows traces of Scythian techniques. But the Scythians had no large monuments. The identity of the prehistoric builders, why they created the megaliths, and how remains a riddle.

7 The Woman At The Gate 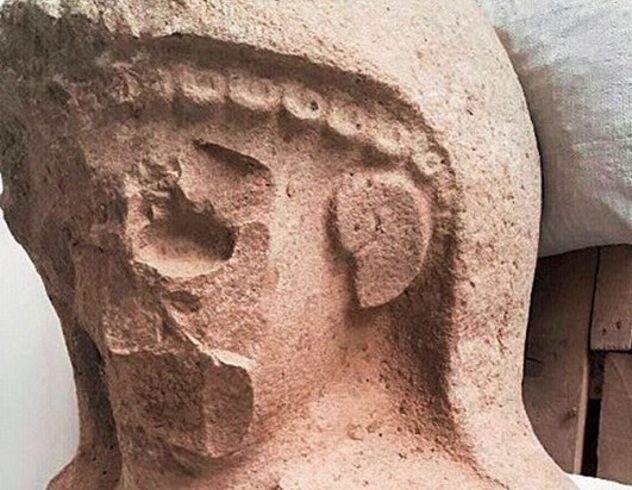 A Neo-Hittite citadel called Kunulua (later Tayinat) once stood in modern-day Turkey. An impressive gate complex guarded the entrance to this Iron Age capital. In 2017, archaeologists found the statue of a woman inside the gate complex’s vast ruins.[4] It is 3,000 years old and missing the lower half of its body. Even so, what remained of the basalt lady was enough to pique the team’s interest. In its heyday, the statue would have been around 4 to 5 meters (13–16 ft) high but somehow ended up facedown on the ground with intentional damage to the face and chest. It is not certain if the statue suffered vandalism or was destroyed during a ritual decommissioning.

Art in Neo-Hittite gate complexes was culturally important. The discovery of a female figure hints that women were more prominent in this ancient society than previously believed. But just who exactly was this beautifully carved woman? Nobody knows for sure. The usual suspects include Kubaba, mother to all Anatolian gods, the wife of Neo-Hittite king Suppiluliuma, or Kupapiyas. The latter was the mother of the founder of Tayinat and also the only female name mentioned in the region’s ancient writings. 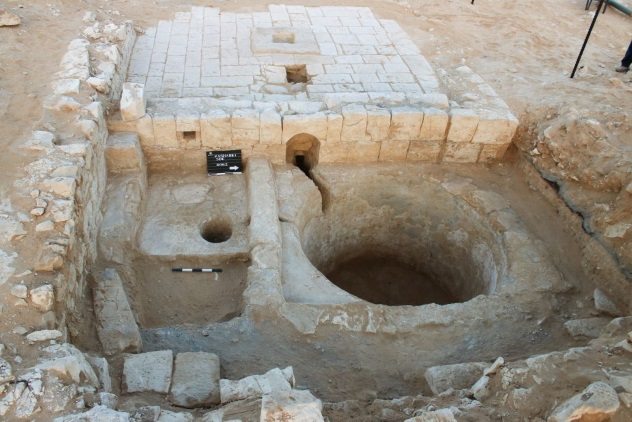 Another rare find from the 2017 archaeology season was a desert winery in Israel.[5] Found in the dry Ramat Negev region, the site dated back to the Byzantine era and was surprisingly large. The 1,600-year-old building was made of stone and covered an area of 40 by 40 meters (131 x 131 ft). Inside was the wine press. Its large juice runoff pit showed that the factory’s wine output was impressive.

When archaeologists uncovered the site, they were stunned to realize what they were looking at. Wine presses enclosed in buildings are so rare in Negev that only one other exists, in the ancient Nabataean city of Avdat. But it went beyond just being scarce. The state of Israel is renowned for highly successful desert agriculture. The big wine press proves that people had mastered this craft hundreds of years before Israel even formed. Production likely ceased due to a widespread plague in the sixth century, when demand for wine dropped. 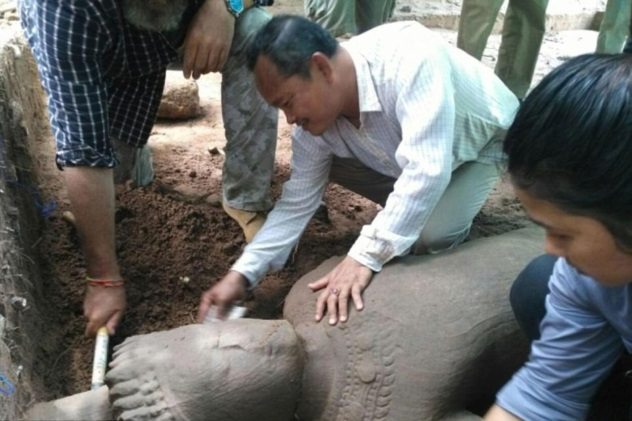 In Cambodia, the Buddhist temple of Angkor Wat receives two million visitors each year, not counting the teams of archaeologists who scour the grounds. By now, one might assume that there is nothing major left to find. In 2017, however, a team explored to the north of the complex, expecting no greater haul than a few pottery shards. They were in for a surprise. Barely below the surface rested a heavy statue now seen as one of Angkor’s more significant finds in recent years.[6]

Depicting a guard from the 12th or 13th century, the statue weighed 200 kilograms (440 lb). Both legs were incomplete, but even so, the statue was over 1.8 meters (6 ft) tall. It survived for centuries, but then the devastating Khmer Rouge regime demolished most of the complex’s statues, and there were years of looting. Before all of this, researchers believe that it once stood on the premises of an ancient hospital. Four hospitals had previously been found in the area, one of them near the new statue. 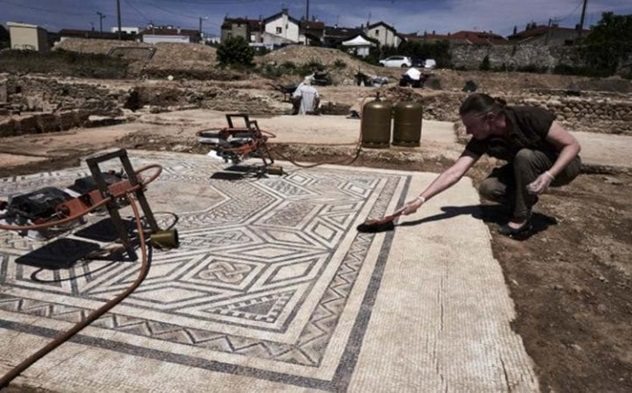 Great discoveries are regularly made by archaeologists who investigate land earmarked for modern development. But few finds can beat a French team’s in 2017, when they surveyed a site about to be developed for housing. While digging outside of the city of Vienne, an entire luxury Roman neighborhood was unearthed.[7] Spread over an area of roughly 7,000 square meters (75,000 ft2) were breathtaking elite homes, mosaic floors displaying mythical scenes, shops, and a large building that might have included a philosophy school.

Some of the oldest houses were built during the first century AD, and the neighborhood flourished for 300 years. Then, for some reason, several deadly fires forced the inhabitants to flee. The preserved scenes caused the ruins to be dubbed “Little Pompeii” after the Roman city buried alive by the eruption of Mount Vesuvius. Vienne was also once a Roman city, and the new ruins have been identified as having been an extended part of it. The sheer size of the neighborhood is what makes this a highly unusual, but extremely important, Roman find. 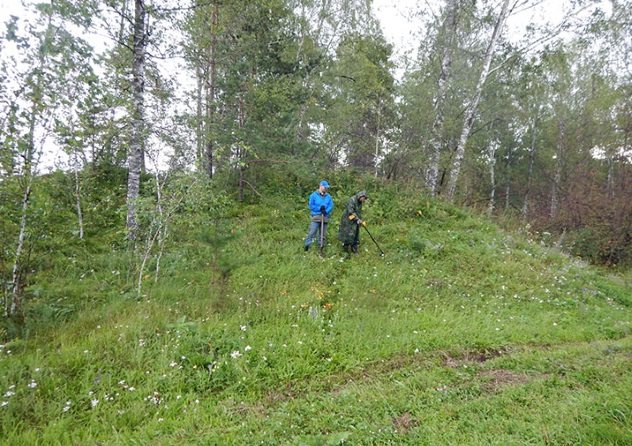 Something else turned up in Siberia, and it dwarfs the mammoth dragon and griffin megaliths of the Altai region. The north of the Altai mountains was protected by a network of man-made walls.[8] Six lines of walls running parallel to each other would have presented a formidable obstacle to outsiders. Invaders faced ramparts with a width of 10 meters (33 ft) each and a height of 8 meters (26 ft). To the east, nine more walls sloped across the valley. Together, the two groups of walls would have forced invading hordes into a smaller passage controlled by the builders.

The architects remain a mystery, as does the real age of the walls. Archaeological evidence indicates a human presence during medieval times. However, Siberian medieval villages were too sparse to raise such structures. It is more likely that the ramparts were created during the first millennium BC, when other great Eurasian walls appeared, including Hadrian’s Wall and the Great Wall of China. This marked a time of increased migrations, conflict, and rising states set on protecting their boundaries. 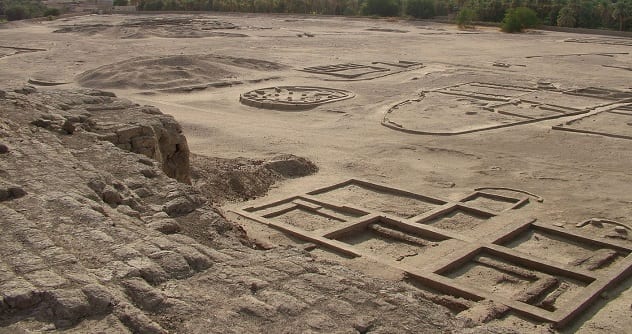 In the Nile Valley, the ruins of three temples were found in 2016 by renowned archaeologist Charles Bonnet.[2] Despite his extensive knowledge about Sudan’s past, he didn’t recognize the round and oval buildings. The nearest archaeological site was only a few hundred meters away, but all the structures there had corners. The temples themselves were at a place called Dogi Gel (Red Hill).

During the time of their construction (2000–1500 BC), the dominant architectural influences were Nubian and Egyptian, yet the temples bore traces of neither. There is nothing identical in either the entire Nile Valley or the world, for that matter. Because of this, the artifacts inside the ruins could offer an unprecedented return of missing knowledge about ancient Africa.

Dogi Gel also recently revealed mammoth fortifications. These were probably an attempt between allies, likely the people from Kerma, Darfur, and Central Sudan, to defend the area against the ancient Egyptians. 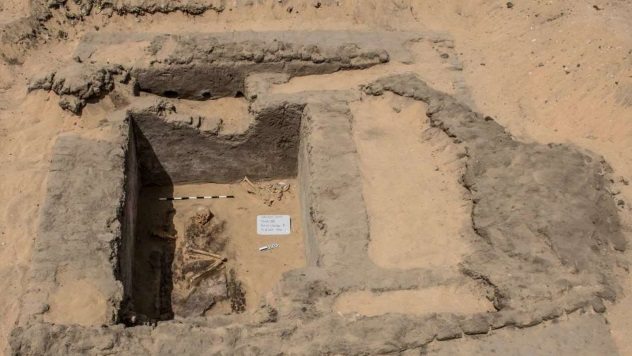 To happen upon a lost city is any archaeologist’s dream, and such a site made a magnificent reappearance close to the Nile.[10] Situated in Sohag, a southern province in Upper Egypt, the city proved to be truly ancient. Over 7,000 years old, the ruins included buildings, homes, broken pottery, and an array of tools. Clues to who the citizens were come from the artifacts and also from the size of the graves. Fifteen tombs were located, and their gigantic proportions were clearly meant for the more valued members of society.

Experts feel the yet-to-be-named city housed officials and tomb builders responsible for the royal crypts in Abydos, a sacred city nearby. Abydos was an ancient Egyptian capital, but it appears that the tomb builders’ town was entrenched perhaps even earlier. Merely 1.6 kilometers (1 mi) behind the newly found settlement lies the necropolis with the royal tombs. While there are later, identifiable rulers, the earliest-laid graves belong to a time when Egyptian history was just beginning.