I knew that British food had a somewhat dubious reputation abroad but always thought it was a bit of a joke. Then I mentioned to someone that my favorite food is boiled bacon, meaning a gammon joint, and they refused to believe that we really do boil meat. Nothing beats a few slices of boiled bacon, served with English mustard, in a warm buttered roll. So in defense of Britain’s food, here is a list, in no particular order, of some British dishes which are definitely worth a try if you ever come across them. 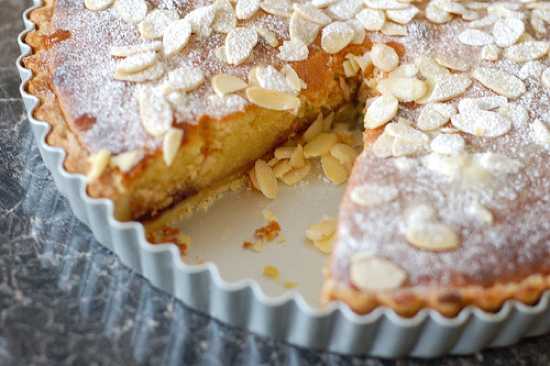 The Bakewell tart is a shortcrust pastry filled with jam and almond sponge (frangipane). The result is the perfect accompaniment to a cup of tea. The tart originates from the town of Bakewell. Local legend has it that the Bakewell tart (or pudding, as it is known in Bakewell) was created when a cook misunderstood her mistress’ instructions and layered frangipane on a simple jam tart. Whatever the truth the tart has been popular since at least the early 19th century. 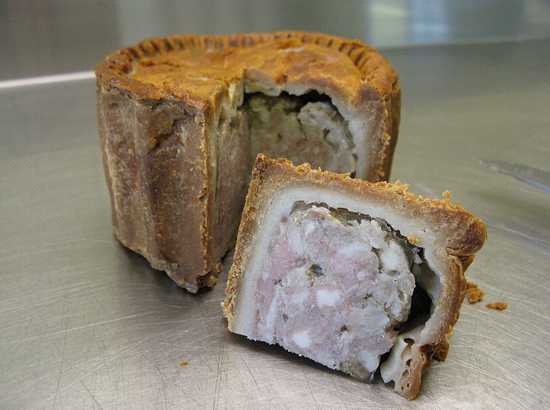 Like the Bakewell tart, the pork pie comes in a variety of forms. Cheap ones are perfect for lunch boxes, more expensive ones can almost be a meal in themselves. The pork pie likely originated as a snack for hunting parties. It is usually small, round, a crust of brittle brown pastry and a filling of chopped pork. When made in the village of Melton Mowbray, it is one of the foods of the UK with a protected name to ensure quality. A topping of fruit can be applied to make a picnic pie, or a boiled egg put in the filling to make a gala pie. 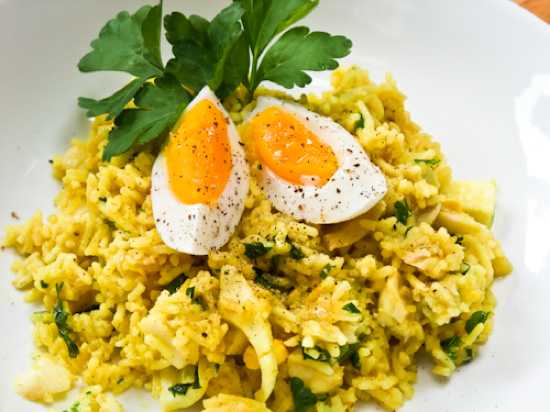 The fry-up may be a more famous British breakfast but nothing beats a good kedgeree. Kedgeree is a dish of curried rice, flaked fish, parsley and boiled eggs. Kedgeree is one of those dishes brought back from India in the days of the Raj, and was wildly popular with the Victorians. It is not as popular as it once was, something about fish for breakfast seems to put people off, but it’s a dish to be ordered whenever you get the chance. If you make it for yourself be generous with the butter to make it decadently rich. 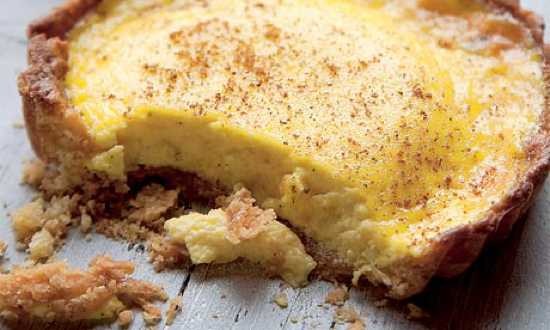 The custard tart does have international variants but none to compare with the Egg Custard Tart. Custard tarts must be an ancient invention, given the wide spread of variations across the world. Like all the best foods, the custard tart is simplicity itself. All you need is a shortcrust pastry, a well made egg custard, and a sprinkling of nutmeg. The custard tart can be eaten hot from the oven, but eaten at room temperature improves it immensely. 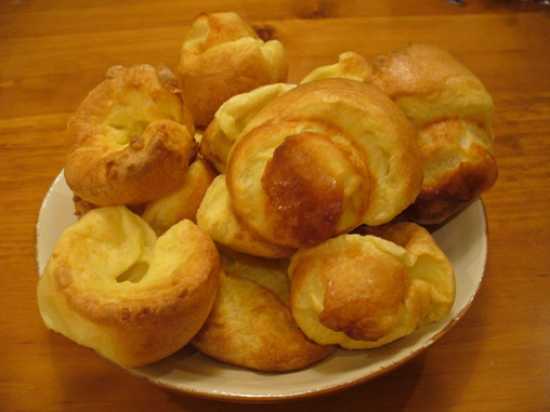 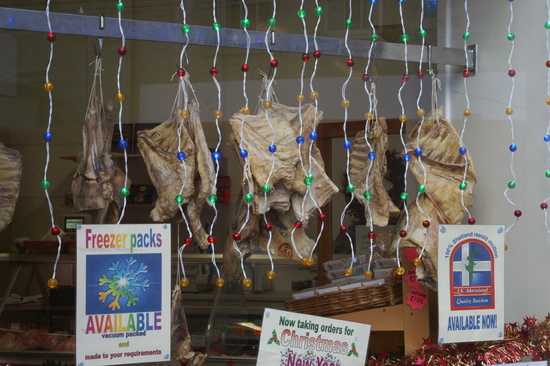 Reestit mutton is a delicacy of Shetland. The mutton is prepared by soaking it in a saturated salt solution for three weeks, and then taken out and dried. If kept dry, the meat will be good for years. Originally, the meat would be dried in the smoke of a peat fire. It can be hard to source reestit mutton outside Shetland, but it is well worth the effort. It’s best used as the base of a soup with potatoes, swede and cabbage, and served with oatcakes or hot, fresh bread. 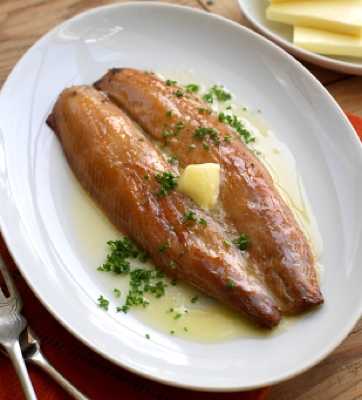 Kippers are one of those quintessentially English foods that leave us open for mockery. A kipper is a herring, sliced in half before being salted and smoked. It was once a common breakfast food, especially for the lower classes in the cities where fresh fish would be rare and expensive. Kippers can be enjoyed at any time though, and make a great item to throw on a barbecue. 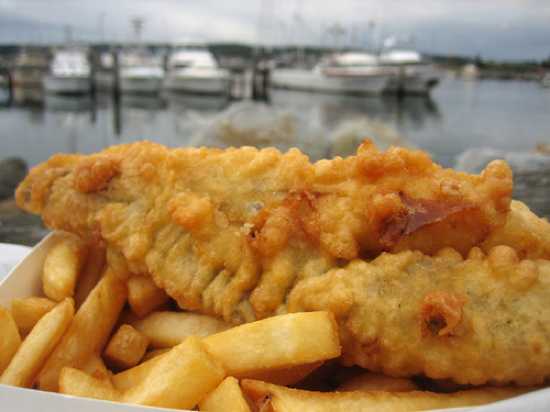 Chips were apparently first made in the UK in the 1860s. The English chip is much larger than French fries, and so it has a much different texture. Although a recent vogue for chips fried three times has given us a much crisper chip, those served in Fish and Chip shops usually have a much softer texture. Almost as soon as chips appeared in England they were paired with battered fish, and a cultural icon was born. With the over-fishing of cod, other fish are being used more commonly so there’s all the more excuse to keep revisiting the chip shop.

It is not Christmas without mince pies. The history of the mince pie may have contributed to its unusual reputation. It seems the recipe of the original mince pies was brought back by the crusaders and has been evolving ever since. They were banned by puritans as part of the celebration of Christmas; defying puritans only adds to their flavor. The mince pie used to contain meat, hence the filling being called mincemeat, but now is a mixture of dried fruits, spices, fat and brandy. Mince pies are best made fresh and eaten hot from the oven, but a cold pie is never unwelcome. Pair with a dollop of clotted cream. 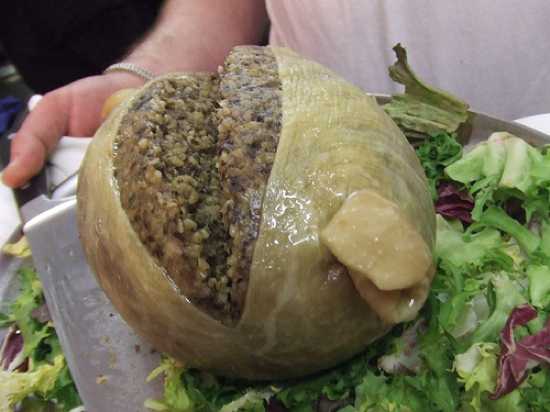 Even though haggis didn’t originate in Scotland, it is certainly where it is most enjoyed these days. Scotland’s adopted national dish has a fearsome reputation, but it is undeserved. Haggis is made from the less popular parts of a sheep – that’s true, but the taste makes you forget your preconceptions. It has a gamey flavor and should be peppery on the tongue. Haggis should be served with mashed neeps and tatties (swede and potatoes). Whisky sauce complements it beautifully. Don’t let this Burns Night go by without giving it a try.

If you wish to combine haggis with fish and chips, then visit any Scottish chip shop where you will find slices of it battered and deep-fried.