So often an author is known for only a small portion of their work. Sometimes this is because they have produced a masterpiece that eclipses everything else they have done and sometimes their works are so voluminous that only the most dedicated fan reads them all. I’m sure some of these will be familiar but hopefully some will be new. Here are ten lesser-known works by great authors. If you have any gems by famous authors you think have been overlooked pop them in the comments.

10
James Joyce
The Cat and the Devil 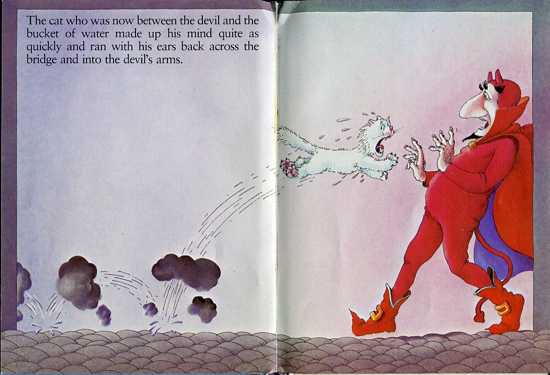 Joyce is famous for being difficult to read – see the listverse entry on the top ten difficult literary works. For those without the patience to wade through all of Joyce’s neologisms you might enjoy this book. ‘The Cat and the Devil’ is a short children’s book written for Joyce’s grandson. It is a classic fable of making a deal with the Devil, but with some Joycean japes. The small town of Beaugency is fed up of having to take a boat across the river because they are unable to pay for a bridge to be built. The Devil, reading about the trouble in the newspaper, comes to call on the Mayor and make a deal. The Devil will build a bridge in the night if he is allowed to keep the first soul to cross the bridge. The Mayor agrees and in the morning a bridge has appeared but no one will cross because on the far bank, the Devil is strolling up and down waiting for his price. As with all diabolical tales fit for children the Devil is tricked out of his part of the bargain; in this case by the mayor, a bucket of water, and the cat from the title. It would not be Joyce without a good joke and in the book it is noted that the Devil speaks very bad French with a very strong Dublin accent. 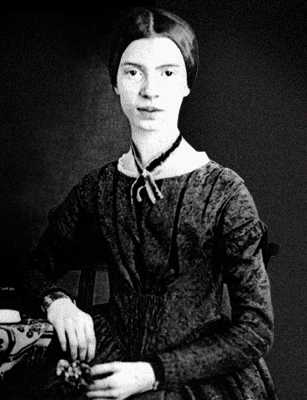 Now this is a bit of a cheat because this is one poem out of a body of work of over 1800 written by Dickinson. This poem is representative of what awaits people who read further than just the best-known. Only dedicated poetry fans will ever read them all. Everyone knows her most famous poems like ‘Because I could not stop for Death’ and ‘I heard a Fly buzz – when I died.’ It is worth reading more of her poems if you like those because there are so many more amongst her writings that have similar emotion and literary skill.

Death is like the insect
Menacing the tree,
Competent to kill it,
But decoyed may be.

Bait it with the balsam,
Seek it with the saw,
Baffle, if it cost you
Everything you are.

Then, if it have burrowed
Out of reach of skill —
Wring the tree and leave it,
‘Tis the vermin’s will. 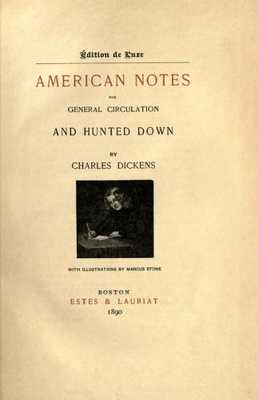 The novels of Charles Dickens make great reading but also serve a social purpose. Dickens faced financial hardship in his youth and would never forget the conditions of the poor. When he visited the United States, Dickens could not help but cast his critical eye over what he observed. American Notes was the product of this trip and is a great insight into conditions in the US in the 1840s, but also into Dickens’ mind. He expresses great joy at his rapturous greeting in Boston. He takes great umbrage with the American press who portrayed his attempts to earn money from his novels (copyright law not then being as strict) as a form of British tax imposition. In the US he met many of the great men of the age and was, individually, impressed with them. However he had deep reservations about American society and the trip made him a firm abolitionist. The joy of this book is in Dickens wry observations.

7
Geoffrey Chaucer
Treatise on the astrolabe 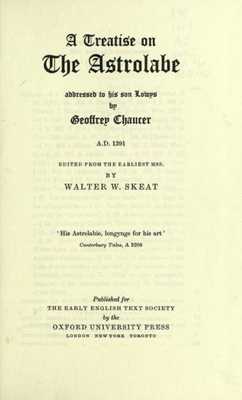 The Canterbury Tales is one of the foundational texts of English literature. Chaucer wrote a number of other poems like ‘The Parliament of Fowles’ and ‘The Legend of Good Women.’ Instead of including those I have chosen Chaucer’s ‘Treatise on the astrolabe.’ This work shows that Chaucer had a wide ranging mind who could write clear prose as well as brilliant poetry. The treatise was written for his son Lowys with the aim of teaching him the working of the astrolabe. Chaucer writes in English ‘for Latyn canst thou hit but small.’ Thanks to Lowys being a poor Latinist we have the first work in English on a scientific instrument. Even if the working of an astronomical instrument is of little interest to you the opening lines Chaucer writes to his beloved son are still touching. 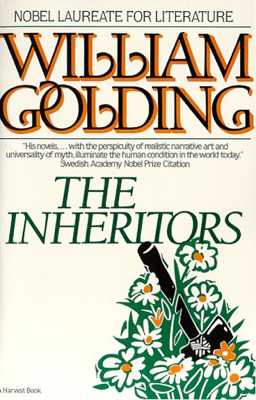 William Golding is most familiar for the novel ‘Lord of the flies’ but considered his second book, “The Inheritors,” to be his best. The Inheritors is a strange work from a Nobel-winning author because it is unusual for something which many consider to be science-fiction to be thought of as literature. “The Inheritors” follows a group of primitive people in their struggle to survive and their encounters with a god-like tribe who can control fire. The tribe the novel follows are Neanderthals and ‘the others’ are the ancestors of us modern humans. Keen observations are made of early man and the early evolution of society. While we are more advanced than our ancient counterparts, this novel asks: has the human condition changed? 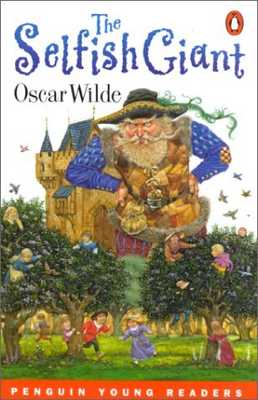 Oscar Wilde is known for his wit, his plays, and the tragic end of his life. His sharp observations of the adult world have made him one of the most quotable authors. Wilde was a married man with two children and for his children he wrote a series of stories published as ‘The Happy Prince and other tales.’ “The Selfish Giant” is one of those stories. It is a Christian allegory of love and charity but can be enjoyed as a simple children’s story. In the tale a selfish giant guards his garden and stops children playing in his trees. Without the children, the garden becomes stuck in a winter which will not end. It is only when the giant lets a child in that spring reinvigorates the garden. The full text is available online and is very moving. 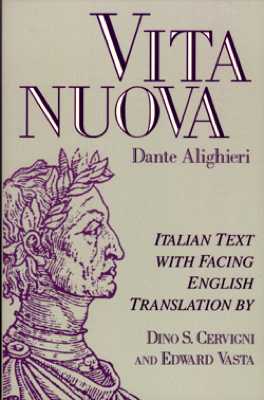 Dante’s “Divine Comedy” has influenced western literature ever since it was written. “The Divine Comedy” deals with Dante’s experiences in the afterlife and culminates with the poet being guided through heaven by his beloved Beatrice. However the Divine Comedy leaves the relationship between Dante and Beatrice a mystery. It is in the collection of writings that form “La Vita Nuova” that we come to understand Dante’s love. Dante describes how they met only twice, but he fell in love at first sight. From then he watched her from afar and kept his chaste love even though she married another man. Dante’s love from afar was a well known condition in medieval romances and he used it to inspire his great poetry. Dante recognizes her as “the magnificent woman of my mind.” “La Vita Nuova” is in some ways far easier to read today than “the Divine Comedy.” We do not all have knowledge of Dante’s Florence or heaven and hell, but we have all been in love. 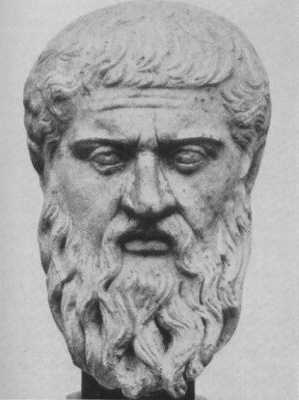 Alfred North Whitehead said “The safest general characterization of the European philosophical tradition is that it consists of a series of footnotes to Plato.” This is not too much of an exaggeration. Plato has been well studied ever since he lived. His dialogues are still discussed today. However it is from a series of letters Plato wrote that this work comes. While some of the letters may be spurious most scholars agree that this, the seventh, letter is genuine. Plato is well known for his idea of the Philosopher-King, and this letter describes his attempt to train young Dionysius of Syracuse in philosophy. It turns out to be a disaster from start to finish. Plato, one of the great geniuses of the age, is disappointed in his student and held captive by him. The letter shows that no matter how smart you are trouble will still occur. Plato does not give up on his project of perfecting society despite the setbacks he faced and the lesson for each of us is clear. 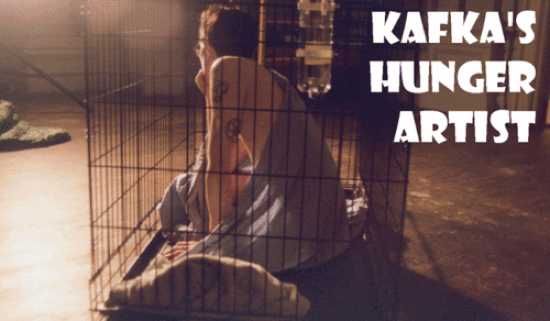 Franz Kafka is the author of stories which reflect the impersonality of the modern age and our own struggles against an uncaring society. His works are capable of supporting multiple interpretations though which has given them widespread appeal. Dying relatively young he left a small body of work which has proven hugely influential. His short story ‘A Hunger Artist’ tells the story of a man who exhibits himself in cage as he starves himself. People come to watch the hunger artist not eat. The hunger artist, whose name we never learn, is proud of his achievements in starvation but chafe under the gaze of an uncomprehending audience and unsubtle master. The people grow bored of hunger artists and the main character is ignored by everyone but he continues his fast. A circus worker finds the hunger artist on the point of death and hears the confession of the proud artist. It is tempting to see parallels between the hunger artist and the young writer wasting away from TB, both without an audience. 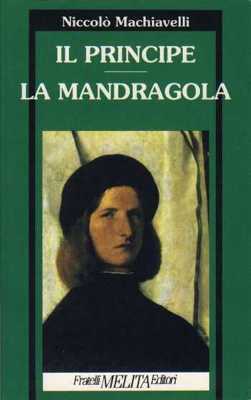 Machiavelli is so associated with his political treatise “The Prince” that the word Machiavellian has come to mean deceit and cunning. However Machiavelli also wrote learned discourses on the histories of Livy and was a skilled dramatist. “La Mandragola” (The mandrake) is a satirical comedy surrounding the lust of Callimaco to sleep with the beautiful, but married, Lucrezia. As you would expect from a renaissance comedy the plot is intricate and the characters all ripe for mockery. The play features a pompous husband, a cunning accomplice, a willing adulteress, and (shockingly for the time) a money grubbing friar. The play stands alone as a comedy, and has had a number of successful recent revivals, but it is also amusing to see Machiavellian politics played out on a domestic scale. In this play it is the clever that triumph.