When it comes to rainbows, most people think they’ve seen all there is to see. Certainly, we’ve all seen the simple rainbow – and even the most ordinary can be a stunning sight. But rainbows come in more than just one color: there are plenty of less common types of rainbows which can be even more beautiful than the usual kind. Check them out: 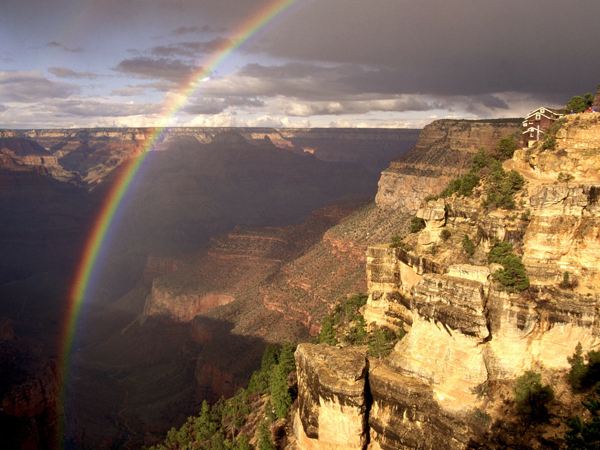 This is the rainbow we are all most familiar with. The primary rainbow is the single multi-colored arc that usually appears after a rainstorm. Primary rainbows are formed when refracted light is reflected through a water droplet. The intensity of the rainbow’s colors depends on how large the water droplets are. 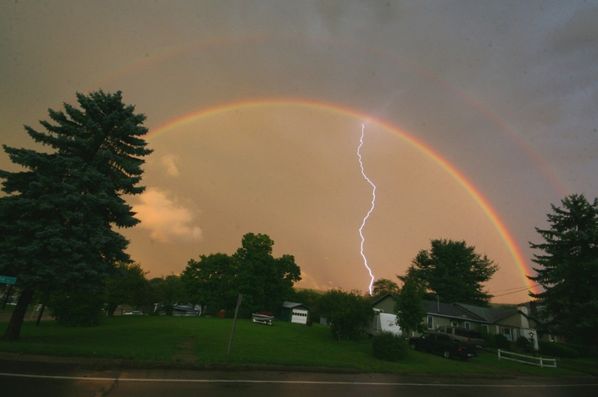 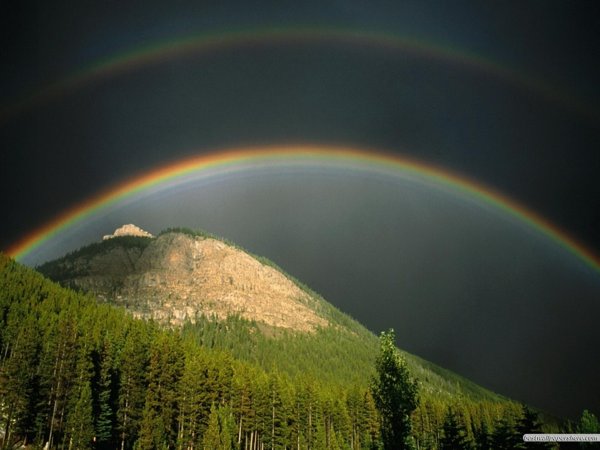 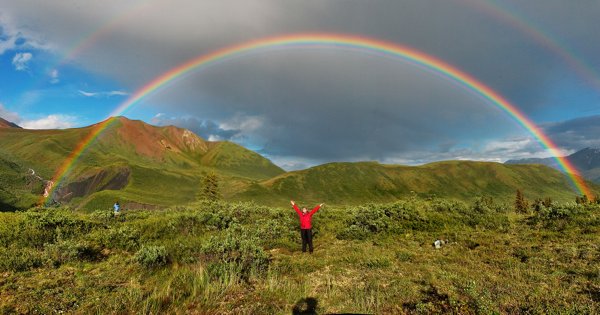 Supernumerary rainbows are also known as stacker rainbows, and occur rather infrequently. They consist of several faint rainbows on the inner side of the primary – and more rarely, they appear outside of the secondary. They are formed by small but similarly sized raindrops, and by the interference of light which reflects once, but travels along a different path inside the raindrop. 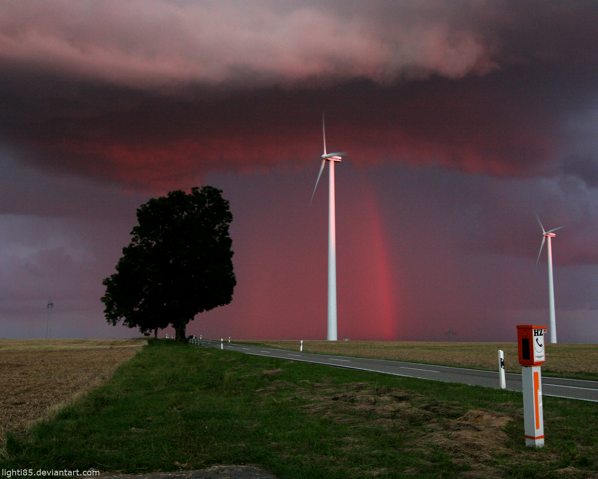 Red rainbows – also called monochrome rainbows – are formed after rainfall during sunrise or sunset. The shorter wavelengths of the spectrum, such as blue and green, are scattered by dust and air molecules. This leaves the remaining light to display the colors with the longest wavelengths, red and yellow, to finally form the red rainbow. 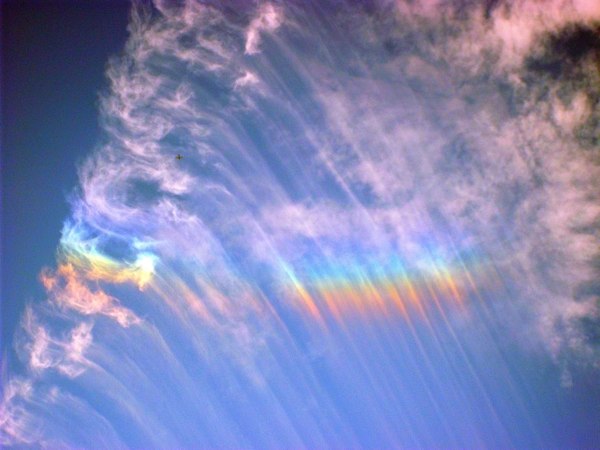 Cloud rainbows form from small water droplets in clouds and damp air, rather than from raindrops. They appear white because the water drops are very small in size (bigger water drops are more able to reflect the spectrum colours). Cloud rainbows are much broader than normal rainbows, and are most likely to form over water. They can also form over land, so long as the fog is thin enough for the sun’s rays to shrine through. 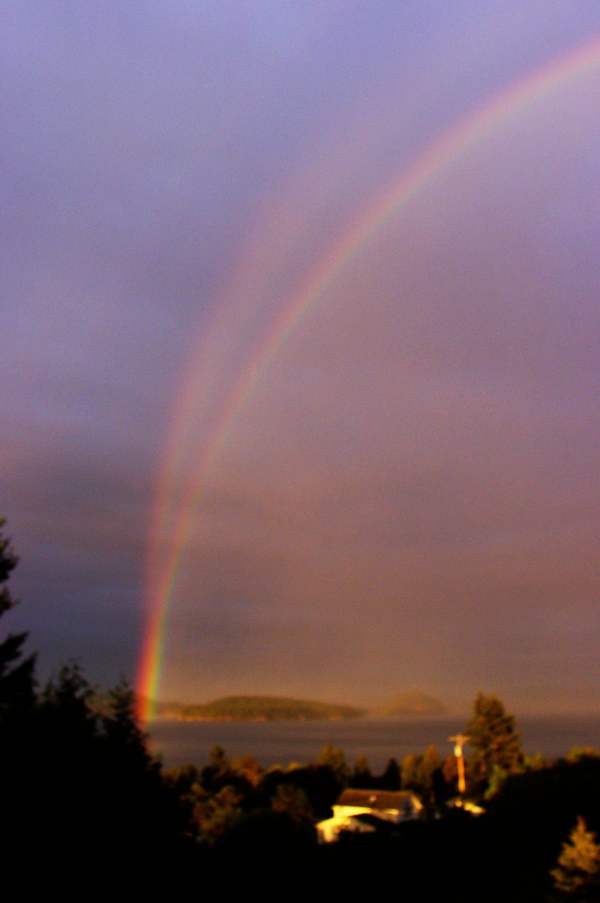 Twinned rainbows are not the same as the double rainbow – they’re actually very rare. They’re made up of two rainbow arcs that stem from a single base point, and they’re caused when a combination of small and large water droplets fall from the sky. The large drops are forced to flatten by air resistance, while the smaller drops are kept in shape by its surface tension. The water droplets then form their own rainbow, which may come together to form twinned rainbows. 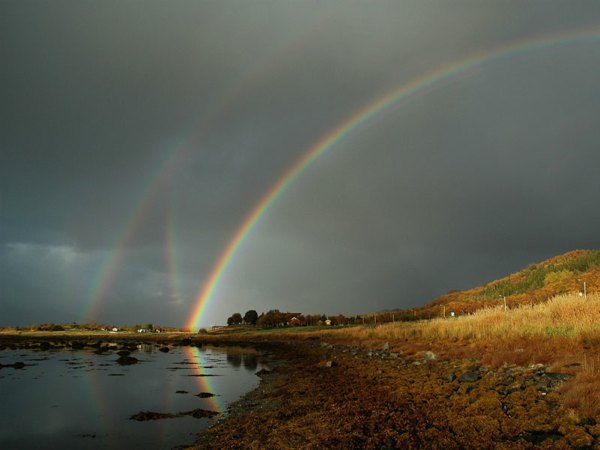 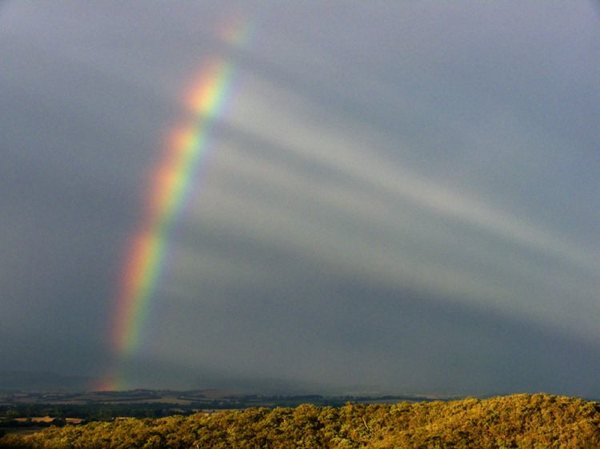 Rainbow wheels are formed when dark clouds or dense rain showers prevent the light from reaching your eye. The shadowed raindrops do not allow you to see the colours of the rainbow. The result is a rainbow that can resemble a wagon wheel, with large spokes centered towards a specific point. If the clouds are moving quickly across the sky, then the rainbow wheel can appear to rotate. 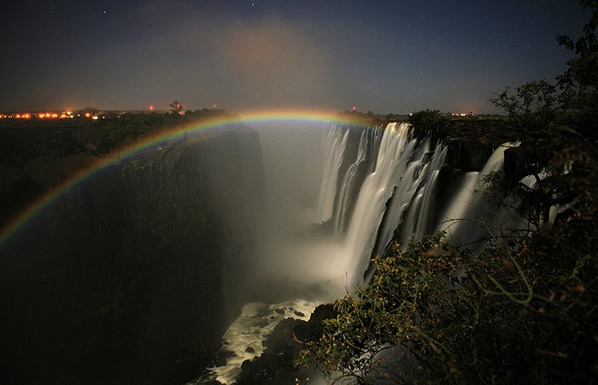 Lunar rainbows are rainbows that are formed at night by moonlight. However, moonlight is very weak and lunar rainbows are very rarely seen. The best time to see them, logically, is on the night of a full moon while it’s raining. The sky must also be very dark, which means that lunar rainbows appear very dull or white because the colour of the night is not bright enough to activate the cone cells (colour receptors) in our eyes.