Our history classes tend to teach us that the Puritans were a stuffy, religious folk that wore a lot of black, had buckles on their shoes and invented Thanksgiving. That’s not giving them their due justice, though, and the truth is a lot more interesting than our teachers ever gave them credit for. 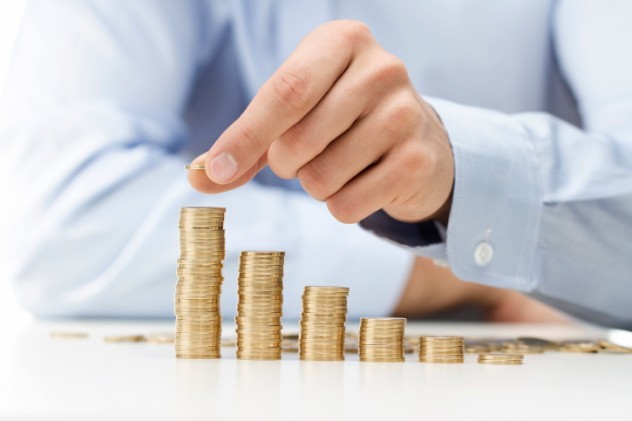 The Puritan movement gained a huge number of supporters in London and East Anglia, where a newly formed professional class of citizen was struggling with reconciling their present-day life with the teachings of the church. Before, life revolved around surviving, providing for the family, and subsistence. But with the influx of people moving to cities and entering professional careers instead of remaining in rural settings, there was a new pressure on the rural community to farm for profit and provide much-needed food and supplies such as wool for the cities. This led to the development of another class: the highwaymen. According to church rules, charity that would extend to the poor should include these destitute thieves. Many merchants and members of the new professional class began supporting the Puritan movement, who didn’t think that was the case.

9 The Puritans And The Pilgrims Were Completely Different 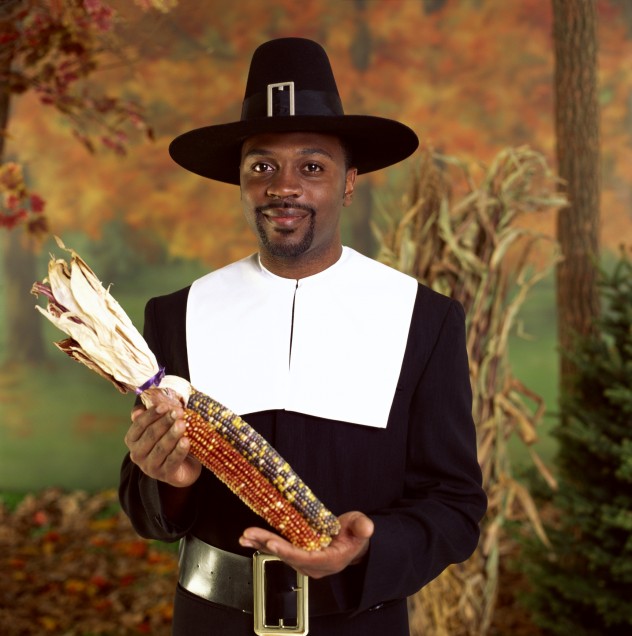 We tend to think of the Pilgrims and the Puritans as interchangeable, but they were different groups with very different ideologies. While the Pilgrims were breaking all ties to the Anglican Church, the Puritans had no interest in doing so—at least, completely. The split between the Puritans and the Anglican Church was amicable, and many of their old traditions were carried over to their new lives. The Pilgrims had a different view on their church. Before the Pilgrims were known as the Pilgrims, or the Old Comers, as they called themselves, (they weren’t called “Pilgrims” until 1820) they were originally a sect of Puritans called the Separatists. Seen as radicals among the Puritan movement, they believed that the Church of England had grown secular and corrupt. In order to remove themselves from that corruption, the Separatists moved first to the Netherlands. Facing economic failure and fearing a loss of their language and culture, they then moved to the New World. While the Puritans embraced science and newly discovered knowledge, the Pilgrims tended to hang on to more medieval beliefs in astrology, folklore and myths. 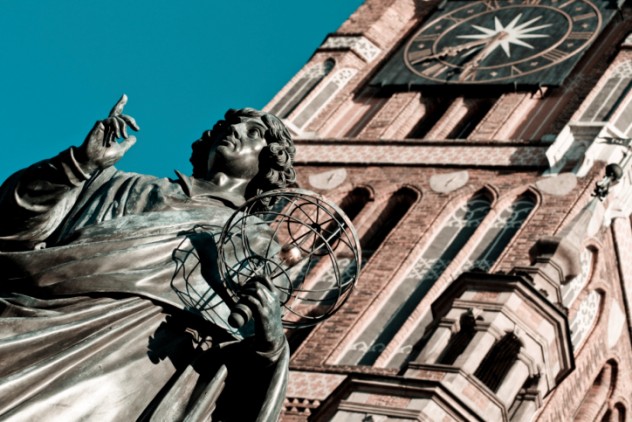 While it often seems that religion and science are at odds, to the Puritans, they went hand in hand. The oldest university in the United States—Harvard—was founded by the Puritans. Named for the institution’s first benefactor, John Harvard, the school was originally founded to teach religious doctrine. However, the curriculum also expanded into the secular world. The Puritans believed that the more they learned about science and nature, the more they honored God. By gaining more intimate knowledge into His creations, they believed it allowed them to become closer to their creator. Anyone allowed to know the innermost workings of His world was clearly in His grace. 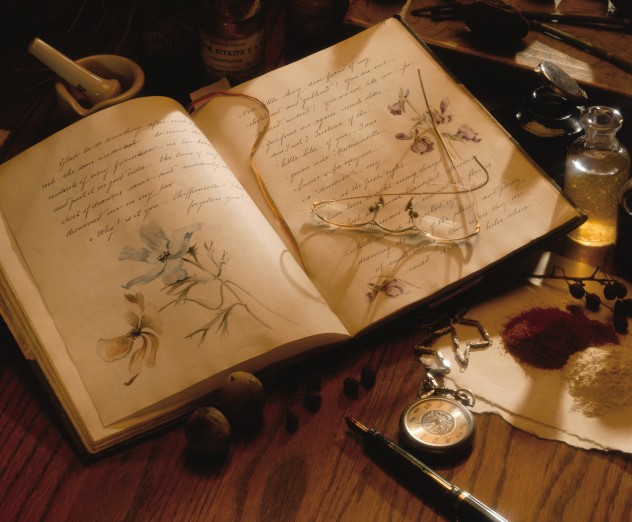 In a time when women were still largely uneducated, most Puritan women were not only literate but entrusted to run the majority of household, financial, and legal affairs. While women were still considered inferior to men because of the tarnish of original sin, they were also required to fill a very important role in the household: teaching. A literate, well-read mother was more likely to raise godly children, it was thought. It was necessary for her to be able to read to her children, to teach them scripture and give them the foundation that they would need to become good citizens. Many were also allowed to make critical financial decisions for the family if their husband was away; this led to increased suspicion of women and their power, making their education a double-edged sword. This simultaneous elevation and caution about women shows up in census records. Names of women living in the Massachusetts Bay colony include Silence, Be Fruitful, Comfort, Hopestill, Fear, and Prudence, demonstrating some of the traits that parents found most valuable in their daughters. 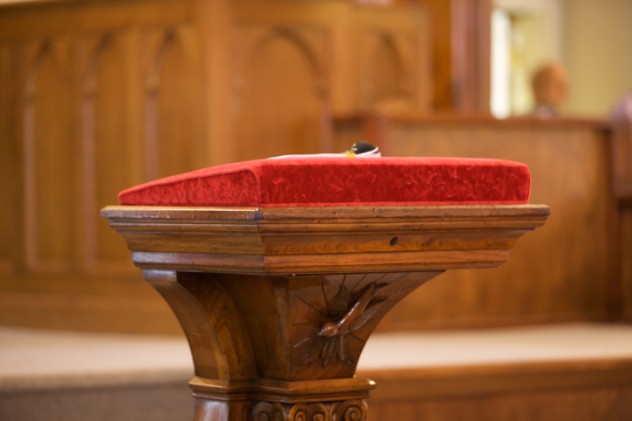 In the early 1600s, Puritans began to migrate away from the established churches and the traditionally long, boring sermons—sermons that they thought inadequately represented their devotion to the belief system. These groups began to look elsewhere for a religious leader, and usually found one in a young, just-out-of-college man, who spoke not only with the energy and excitement they felt their religion deserved but also was up to date on the current reform theories of the day. Gradually, these groups declared themselves separate from the dull old way of thinking and worshiping, and created their own communities. They called themselves “visible saints,” and later went on to lead the Puritan migration to the New World. 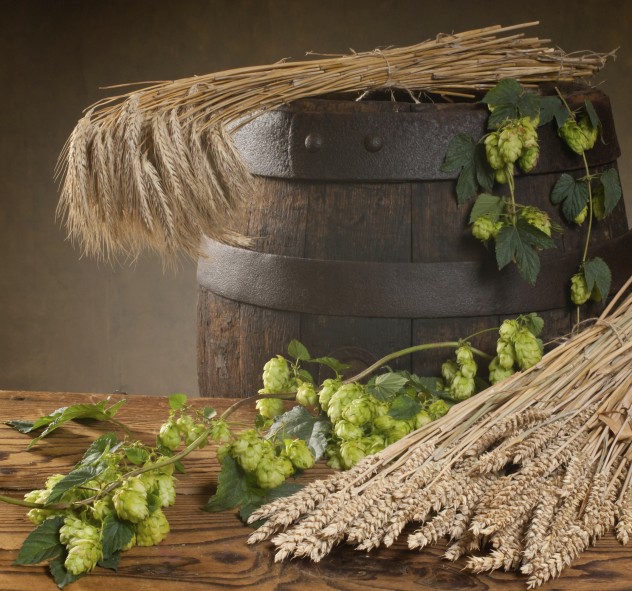 When the Puritans began construction of Harvard University, one of their first projects was a brewery that would provide enough beer to keep the entire faculty and student body comfortable and happy. Alcohol wasn’t just brewed from hops and barley, but also from carrots, tomatoes, onions, beets, and even corn silk. Puritan leaders like Increase Mather and his son, Cotton Mather (more on him in a minute) spoke of alcohol as a gift from God. The elder Mather took the stand that alcohol, and wine in particular, was to be enjoyed and savored (without partaking too much, as that would be wasting God’s gift). The younger Mather went even further, saying that alcohol had spiritual, nutritional, and medical value, but again warned of the dangers of intoxication.

4 Not All Puritans Supported The Salem Witch Trials 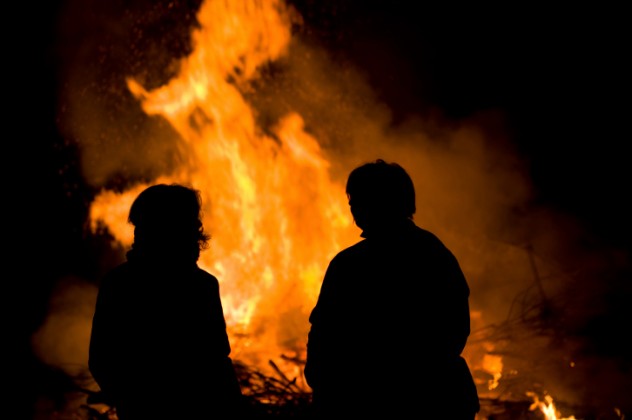 The tragic events that happened around the Salem witch trials have gone a long way toward painting Puritans as blind, religious zealots. That’s far from the truth, though. Cotton Mather, a minister from Boston who was descended from a long line of religious and political leaders, was in his mid-20s at the time of the trials. While he had long been a student of witchcraft and did believe that possession was the work of the devil, he also adamantly opposed aspects of the trial. He took a stand against the admission of spectral evidence into a court of law; this position was largely ignored, however, and went a long way in convicting the accused. Before the trials, Mather, a longtime supporter of revolutionary medical techniques such as the smallpox vaccination, brought the supposedly possessed Goodwin girls into his home for observation. At the time, his clinical observations were seen as support for the idea that they were witches; later, his documents were used as the basis of the behavioral model for those suffering from clinical hysteria. 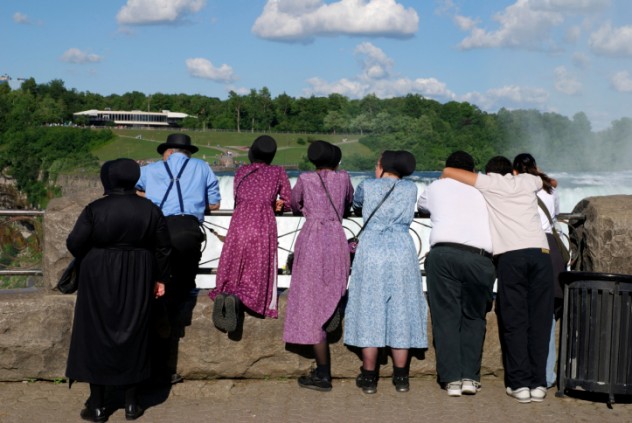 The typical stereotype of Puritan dress is that everyone wore plain black clothing with no ornament. While there was quite a bit of black clothing, the Puritans also used a variety of vegetable dyes to color an array of clothing items. Articles of clothing from dresses to hatbands could be yellow, red, green, blue, or even—in the case of the particularly wealthy—purple. Brightly colored clothing was seen as an expression of social status; the upper class would often dress in deep purples and bright scarlet colors, showing that they could afford to pay for the expensive dyes and fabrics. In the Massachusetts Bay colony, colors were so important that there were laws decreeing who could wear what colors. Those individuals who could boast of an estate worth more than £200 were allowed to wear whatever they wanted, and it wasn’t uncommon for them to have clothing in the high fashion of the day imported from Europe. Somber black was usually reserved for the clergy; on the other end of the spectrum was people like author John Winthrop, who was said to have several dozen scarlet coats purchased and imported from England. These tendencies also mean that the way we tend to picture the Native Americans who interacted with the Puritans is wrong. Trade was free between the peoples, and many Native Americans had abandoned their traditional furs and skins for more European dress by the end of the 17th century. 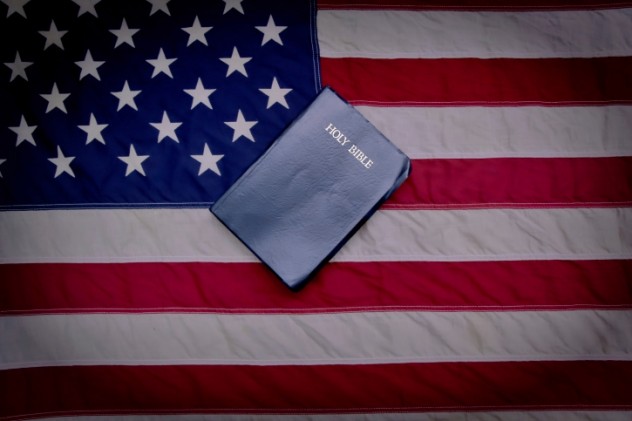 After being subject to the laws of England where the king was both the head of the government and the ultimate head of the church, the Puritans called for a separation of church and state. High-ranking church officials were legally banned from holding political office. Unlike England, the government had no authority to remove ministers and other individuals from church positions—even if they were found guilty of a secular crime. Alternately, excommunication from the church carried no immediate secular penalties, such as fines or prison. Certain aspects of the church did extend to the government, however. The state had the authority to form new churches. A portion of public taxes went to fund religious organizations. 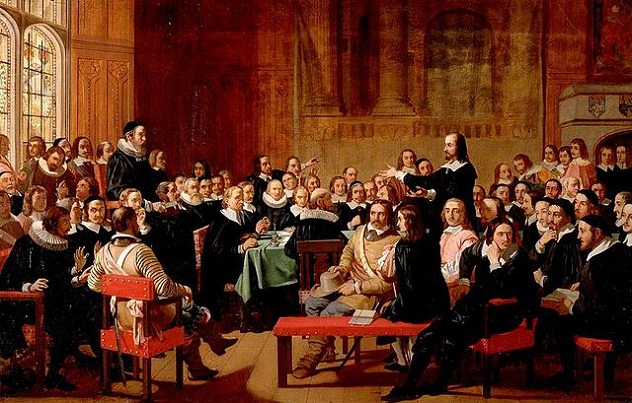 We’re often told that the Puritans left England to seek a land where there was religious freedom for everyone. That’s a bit of a misleading term, though, that today has come to mean that everyone is free to worship how and who they choose. For the Puritans, religious freedom meant that they were free to worship as their own clergy decreed—and God help anyone who thought differently than they did. Words like “heretic” and “heathen” were in use to describe anyone seeking religious freedom in the terms we understand it today. We like to think America was founded on the shoulders of these rebels that thought everyone should be free to follow their own religion, but the truth is that they believed their way was right, and there were no arguments to be had about that. It wasn’t uncommon for those with views different than the norm—whether it be about the practices of religion or even what materials should be accepted—to be banished from their homes. Anne Hutchinson, a Puritan midwife in the 1630s, was forced to leave the Massachusetts Bay colony for holding her own theological discussions based around opinions that didn’t quite match the standard Puritan doctrine. She also committed the sin of reading sermons other than those approved by the Puritan ministers. This version of religious freedom makes our country’s founding look very, very different indeed.

Debra is a freelance writer currently living in New York.