Many people believe that World War II was fought in the cities of Europe and the islands of the South Pacific. It was, but what those people forget is that for about a year from 1942 to 1943, the Imperial Japanese Army occupied the Alaskan islands of Attu and Kiska.

This occupation shocked and terrified North America, and the subsequent events in the aftermath of the occupation set the stage for many military and ceremonial actions over the course of the war. These are ten interesting facts about the Japanese invasion of Alaska. 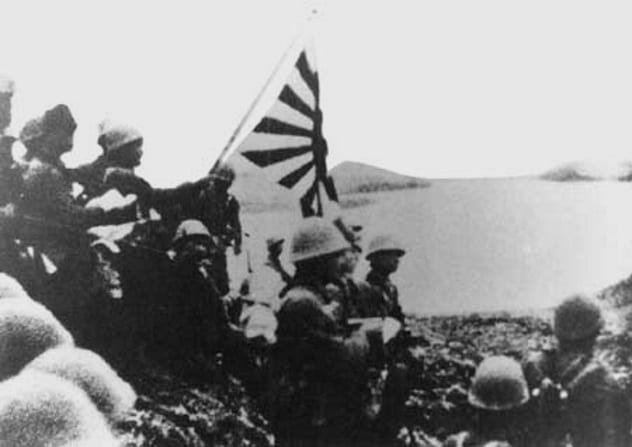 This attack was the first and only land invasion of North American territory during the entire war, and it was considered extremely significant at that time, despite the fact that today, the occupation has been largely forgotten by history.

9 Canadian Troops Were Sent In, Too 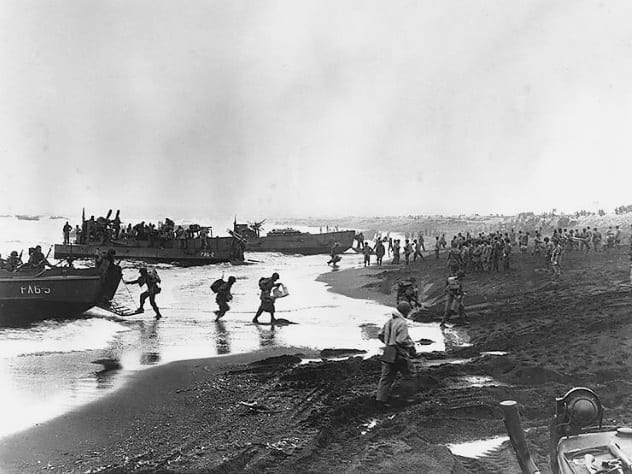 The Canadian government dispatched conscripted soldiers to liberate Attu and Kiska. Although there were several cases of desertion prior to the journey to Alaska, many Canadians proudly went to the Aleutian Islands to fight alongside their American allies.[2] Fortunately, however, many of the Canadians dispatched to the Aleutians did not see combat, as the Japanese forces had retreated prior to their arrival. 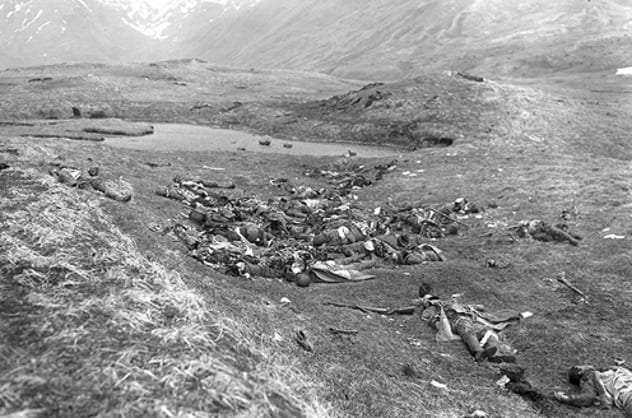 The banzai counterattack was used by the Imperial Japanese Army during World War II in the event of an impending defeat in order to save face. The Japanese, as opposed to surrendering, would rush their enemies using their bayonets as weapons in an attempt to cause as much damage as they possibly could. This strategy, while ineffective against large numbers of Allied soldiers, struck fear into the hearts of many, as it showed how dedicated the Japanese were to their cause and that they would sacrifice themselves in order to hurt their enemies rather than be captured.

On May 29, 1943, facing certain defeat in the Battle of Attu, Japanese commander Yasuyo Yamasaki ordered one of the largest banzai charges of the Pacific War, sending nearly all of his remaining men on a full-scale charge against the invading Americans. The Americans, having not seen this kind of charge before, were overwhelmed, and the Japanese quickly broke through the American lines. This victory was short-lived, however, as the Americans quickly rallied and were able to repel the Japanese forces.[3] Of the roughly 2,300 Japanese soldiers who occupied Attu, fewer than 30 survived to be taken prisoner.

7 The Harsh Climate Claimed The Lives Of Many Soldiers 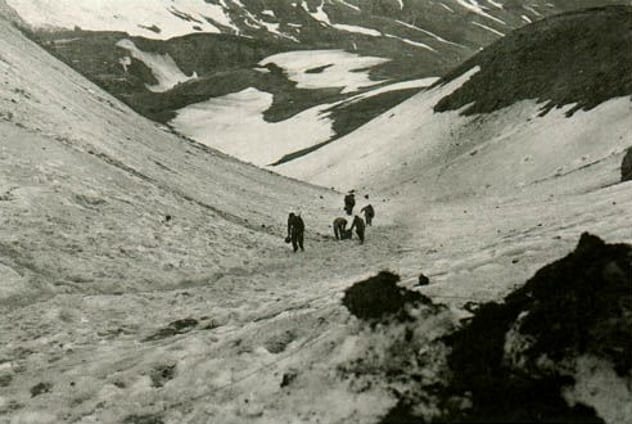 Kiska and Attu’s location in the far north of the Pacific Ocean results in brutal weather conditions. These conditions were felt by both the occupying Japanese and the liberating Americans. The Battle of Attu was originally expected to last a few days, so the Americans only brought gear with them to last that long.

As a result, the gear wore out quickly. Because of this, many soldiers developed frostbite, gangrene, and trench foot.[4] In addition, there were food shortages, which added to the difficulties of the liberating soldiers.

6 It Saw The First Official Case Of Gyokusai 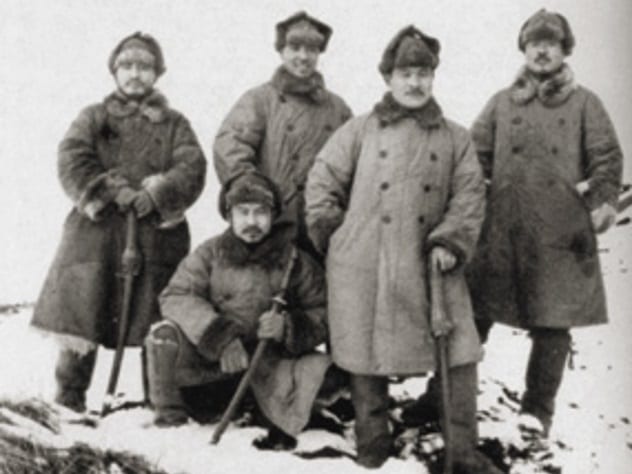 Gyokusai was a form of ritual mass suicide done by Japanese soldiers in the name of Emperor Hirohito. This was done to prevent capture by the enemy, which was seen as the ultimate loss of honor in Japanese society at that time. During the Battle of Attu, when it became clear the Allied forces would overtake the island, approximately 500 Japanese soldiers placed hand grenades near their stomachs and detonated them.

This was a shocking turn of events, touted by some sources as the first official case of gyokusai.[5] This type of mass suicide, and others like it, would become common in the later years of the war as Japan lost more territory and defeat became more and more common.

5 No One Is Sure Why Kiska And Attu Were Invaded 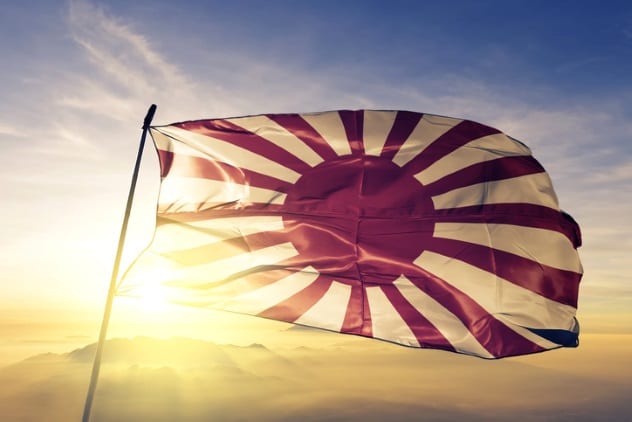 You’d think that the only North American land battle of World War II would have a well-documented chain of events from background to battle to aftermath. While the latter two have been extensively documented, the former has little information. The most popular theory as to why the Japanese invaded Kiska and Attu was to divert American naval attention away from Japanese interests in other parts of the Pacific. But with the US Pacific Fleet in shambles and American generals focusing more on war in Europe, drawing US attention was likely something the Japanese hoped to avoid.

Another common theory is that the occupation was to prevent American forces from invading Japan by way of the Aleutian Islands.[6] However, with the exception of a few bombing raids from Attu later in the war, the islands did not serve any strategic purpose in the American war strategy. Yet others, specifically at the time of the invasion, believed it was done to gain land to serve as a base of operations for a full-scale invasion of Alaska or even the Pacific Northwest. Nonetheless, the exact reason as to why the Japanese invaded Kiska and Attu remains a mystery to this day.

4 Only Attu Needed To Be Liberated 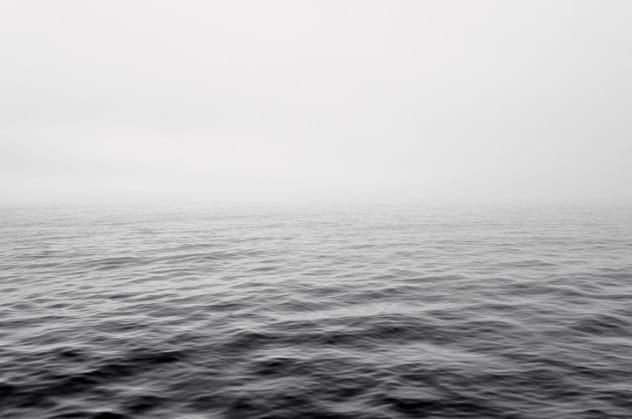 During World War II, there are countless instances of Japanese soldiers fighting to the end and then committing suicide when they realized that defeat and capture were imminent. It was considered to be the ultimate shame to one’s family to surrender in combat. As a result of this, the Japanese would do everything possible to win and seldom surrendered, with some soldiers continuing to fight on decades after the war was over.

In the case of Kiska, however, the Japanese surrendered without a fight. After seeing the carnage and loss of life on Attu, the Japanese commanders on Kiska saw no probability of maintaining control of the island, so when weather permitted, the Japanese fled the island under the cover of fog, allowing Allied forces to swiftly recapture Kiska.[7] This is one of the few examples of Japanese surrender during World War II. 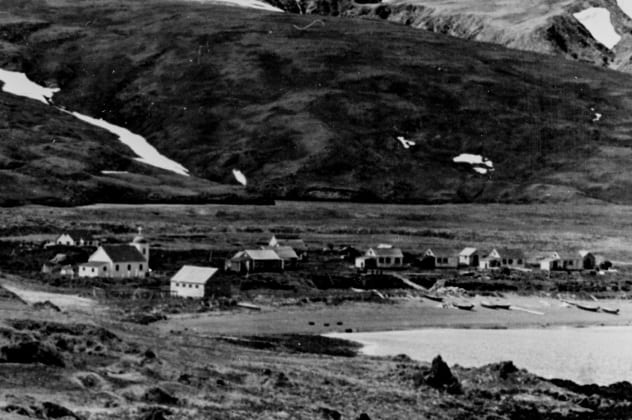 Prior to the Japanese invasion, Attu had a population of 44, nearly all of them Alaskan natives. During the Japanese occupation, the entire population was taken prisoner and sent to Japanese prison camps. In these camps, about half of the original 44 died due to the harsh conditions. The remainder were returned to the United States after the war.

However, they were not returned to Attu due to the expensive costs of rebuilding. Most of the survivors settled in other Alaskan native communities, with the descendants of the original Attu residents returning to the island 75 years later in 2017 as part of a reconciliation effort.[8]

2 The Battle Was Fought At Sea, Too 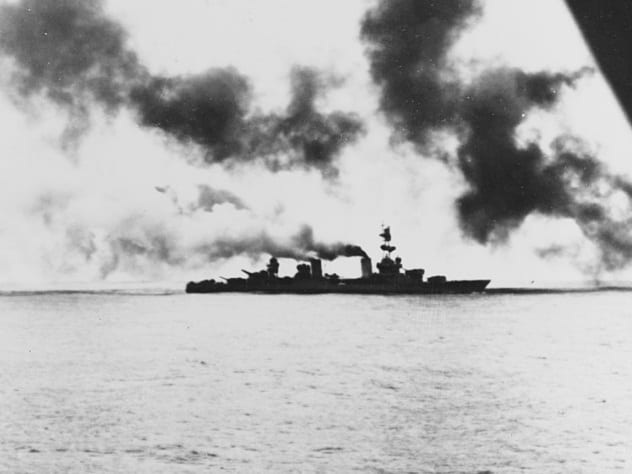 Few history books and records mention the Attu and Kiska campaigns, and those that do rarely mention the naval operations that preceded the American liberation.

In March 1943, after months of neglect from the US, a naval force led by Rear Admiral Thomas C. Kincaid blockaded Attu and Kiska in an attempt to stop the flow of supplies to Japanese forces. On March 26, 1943, the American fleet engaged the Japanese Navy, who were attempting to bring supplies to occupying Japanese soldiers.[9]

In what became known as Battle of the Komandorski Islands, Japanese forces were able to inflict serious damage to the American fleet, but they ultimately retreated due to fear of American bombers and diminishing resources. The Japanese did not attempt to send supplies by ship again, only resorting to the occasional submarine run. This weakened Japanese control of Attu and Kiska and allowed the Allies to take control more effectively.

1 It Is The Last Battle Fought On American Soil 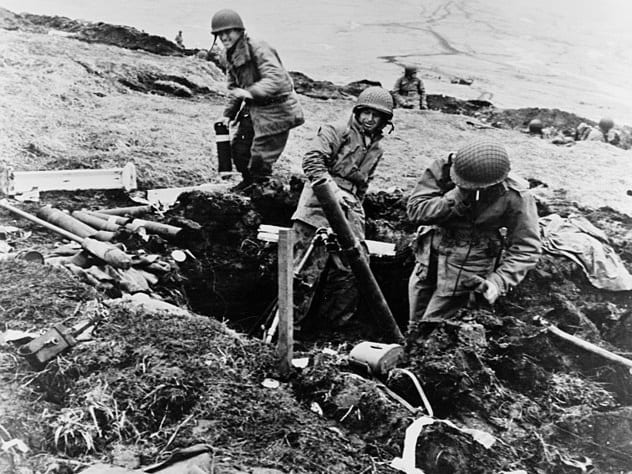 Many Americans believe that the US Civil War in the mid-19th century marked the end of conflict in the United States. However, this list and the facts presented show that that is not the case. As of this writing, there has been no further occupation of American soil by an invading force. Furthermore, there has been no conflict or attack warranting the description of “battle.”[10]