From 1914 to 1918, newspapers across the world were filled with stories about World War I (aka the Great War). News from the trenches appeared daily as well as the oddball stories about wives and sweethearts who were willing to do anything to prove their self-worth during the war.

Many times, the stories were heartbreaking. Other times, lists of injuries or deaths were reported in long columns. In-between the sadness were articles that surely must have raised a few eyebrows. The times were weird, desperate, and, oddly enough, full of hope that the great war to end all wars would bring about a positive change for each country involved in the fighting. 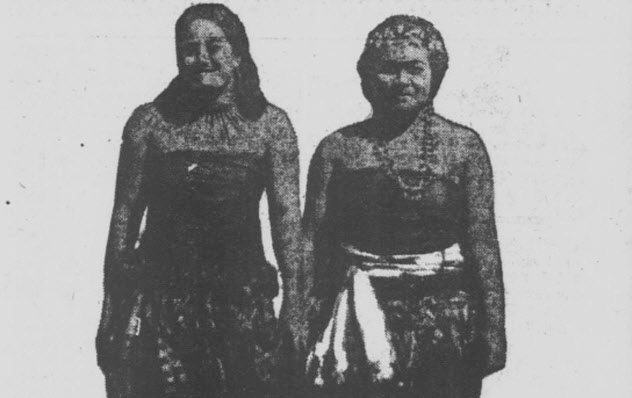 Calls for soldier husbands were popular during World War I. It was a moral boost for the men and a way for young women to find themselves a tried-and-true husband. However, some of the calls for husbands were enough to raise a few eyebrows.

In one bizarre request published in 1915, three Maori maidens were seeking three very distinct soldiers for husbands. First, the soldiers had to be American. They also had to have red hair and always wear their uniforms “with pretty, bright yellow stripes” down the sides of the pants. Their coats needed to have “a dash or two of the yellow” on the sleeves.[1]

If that was not enough, the young women stated that they would not accept any old men or men with whiskers. The candidates who met with their visual approval would be whisked away to marry them on their island homes. The ladies seemed to have no intention of moving to the US. 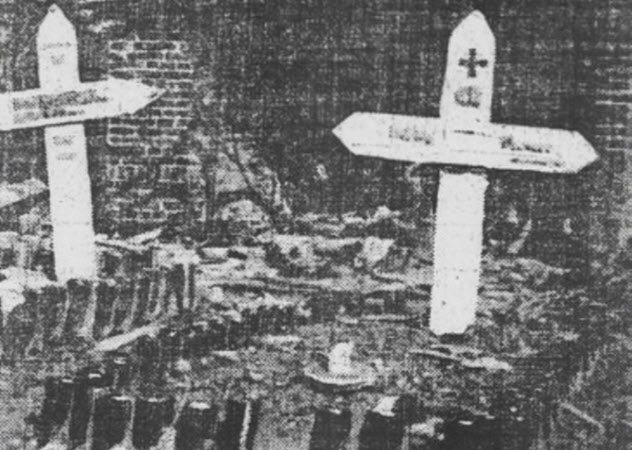 Soldiers from all fighting countries suffered during the war. Food was scarce, and proper equipment was hard to come by. The men were young, scared, and often far from home.

In the heat of battle, men would die by the scores. Frequently, there was no one left to bury the remains in a timely manner. Occasionally, an effort was made to bury some of the dead in an honorable fashion, and in 1915, an American newspaper published a sad and touching photograph of the graves of some of the fallen German soldiers.

The fellow soldiers of the fallen were able to take the time to bury the men in individual plots and place wooden crosses, painted white, over each spot to mark the soldiers who rested there. With no supplies to mark off the boundaries of each plot, the men grabbed the next best thing: empty wine bottles.

The wine bottles were partly buried, mouth down, in the soil to mark where each body was placed so that it would not be disturbed if others needed to be buried in the same patch of earth.[2] 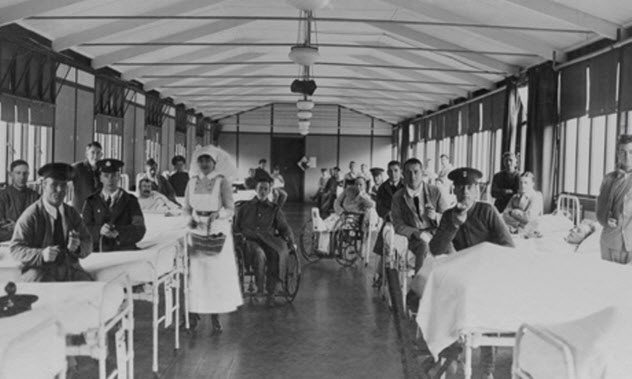 It was common for women to remain home while their husbands and sons went off to war, except in the case of a large number of Canadian women. These courageous women wanted to be close to their loved ones, and many sold off all their belongings in Canada so that they could sail to London.

According to a report in 1916, this was becoming a large problem for England because these women were being stranded in their country. In one case, a woman left Quebec to be near her husband in England. After she reached London, she discovered that her husband had been transferred to France a mere two hours before she arrived. A short time later, the husband was reported as “missing” and the wife had no way to find him or return to her home country.

In another case, a woman sold off her belongings to travel from Montreal to London to be at her injured husband’s side. She stayed by his side at a Canadian military hospital until he was honorably discharged due to the extent of his injuries. The Canadian government then paid for the man’s return trip to Canada, but his wife, with no money or resources of her own, was left stranded behind.[3]

Even if a woman had the financial resources to sail back to Canada, there were frequently other obstacles in her way. For example, the courts of London were often busy with passport cases. Canadian women who wanted to return home had no way to prove that they were from Canada, and they needed passport papers to leave the country. 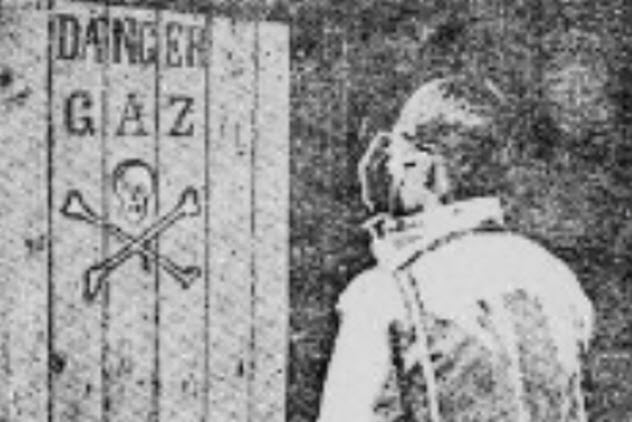 Young men had to prove their self-worth as well as their physical endurance before they were allowed to head into the trenches of war. A photograph published in 1917 showed a young man wearing a gas mask and standing by a door marked with the symbol for deadly poison. It was the entrance to what was referred to as the “gas school” or “gas house.”

Each young man had to enter the poisonous building to show that he could endure the possibility of a gas attack.[4] If one of the soldiers showed that he could not withstand being shut in the poison house, he was given another job, other than fighting, within the military.

6 Methods Used To Get New Recruits 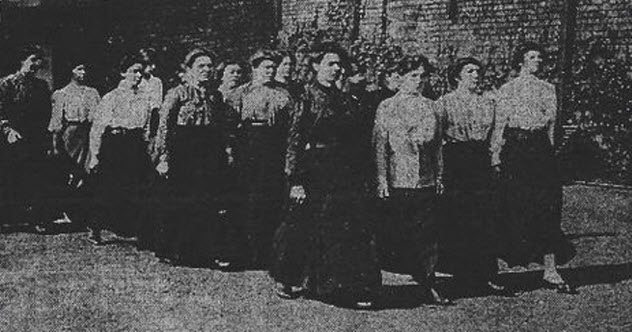 A newspaper report in 1915 claimed that England discovered that plenty of men could not be bothered to enlist for King and Country, but as soon as a young woman or two asked the same gentlemen why they were not in the trenches, these men would often give in and sign up. It was better to head to the enlistment station than look like a coward in front of the fairer sex.

England openly admitted that it used young women to its advantage and sent them out into the streets, carrying banners that encouraged men to enlist. The men that had so far refused to enlist were personally contacted by the women recruiters and pressured into signing up for the war.

A bit of humor was also being used to attract new recruits. Some ads promised men a “summer trip to Berlin,” while another recruiting ad made the war sound like a grand hunting expedition:

The country is arranging a trip to Germany for a few sportsmen. All expenses and hotel fare paid. Good shooting and hunting. Rifles and ammunition supplied free. Cheap trips up the Rhine. Apply at once as only a limited number (1,000,000) is required.[5]

5 The Battle Of The Words 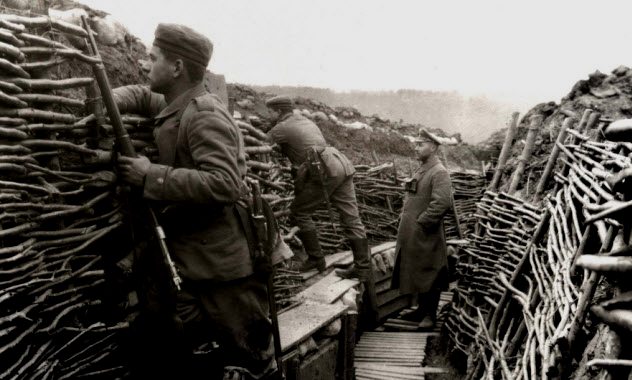 There were many instances during the Great War when opposing trenches were rather close together. An incident like this was reported in 1915 when a Belgian infantryman wrote a London newspaper to tell people about the rather lively banter the Belgians had with the Germans.

Apparently, their trenches were a mere 45 meters (150 ft) apart and the men would hurl insults at each other all day and night. The arguments and “abusive language” became so annoying and distracting that the Belgian colonel forbade his men from talking to the German enemies altogether.

As the Belgian soldier said, “It was a pity, too, as it was a great pleasure to tell one’s enemy one’s contempt and hate.”[6] 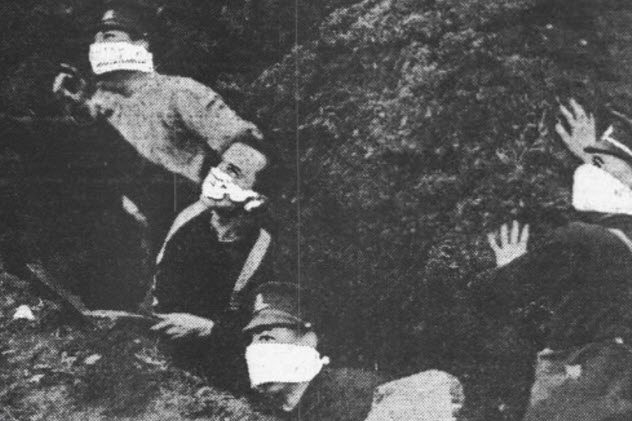 In the French trenches, there was a station named the “gas gong.” A sentry was placed beside the gong, and his job was to watch for a German gas attack. At the first sight of the gassy smoke, the soldier would sound the gong, signaling the men to quickly put on their gas masks.[7]

Gas warfare was not the only thing fouling up the air in the trenches. The soldiers also had to cope with the noxious fumes from artillery shells. Instead of putting on the cumbersome gas masks during shell attacks, British soldiers would wet handkerchiefs and tie them over their mouths and noses to keep out the fumes.

3 From Paper Vests To Metal Armor 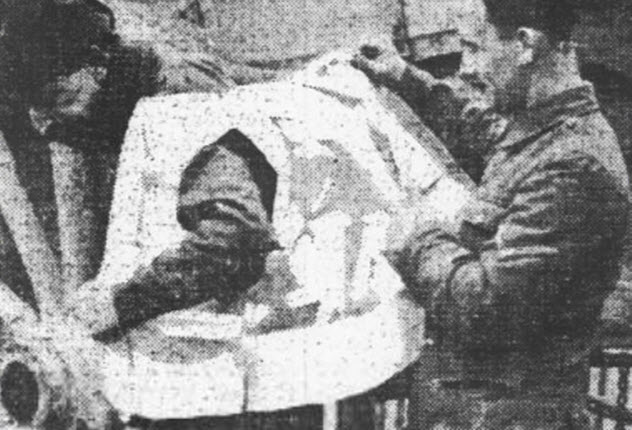 The newspapers really liked keeping the readers up to date with what the soldiers were wearing in the trenches, and some of the things devised by the militaries were almost beyond ridiculous.

Take, for instance, the paper vest. To keep the British soldiers warm in the Belgium trenches, the men were given vests made from a sheet of paper. These vests could not have lasted very long in the damp muck of the trenches.

At the opposite extreme was the metal armor worn by the French lookouts in the trenches. This armor was quickly made and almost looked like something from the Middle Ages, only much cruder. The lookouts wore the armor to protect them from sharpshooters, but their visibility and mobility were severely limited in these costumes.[8]

2 The League For Marrying Broken Heroes 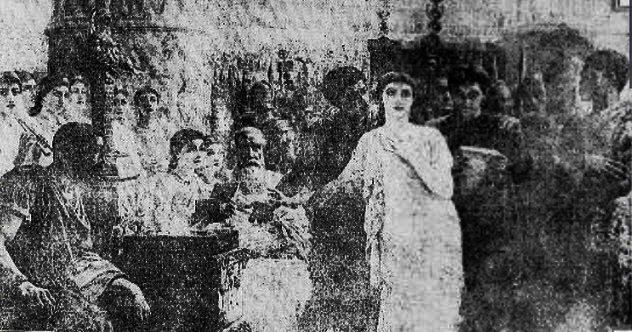 With so many men being wounded on the front, it did not take long for someone to come up with the idea to marry these injured fellows off to eligible women. In 1915, the Reverend Ernest Houghton, the rector of Bristol, decided to start a league for single women who were willing to “sacrifice their happiness” and marry a crippled soldier.

The marriages were arranged by Reverend Houghton, who decided what type of wife best suited each soldier who applied for a lifetime caregiver:

A soldier who has been crippled so that he cannot walk needs a strong wife who can carry him or push him about in a roller-chair. A soldier whose health has been wrecked by asphyxiating gas would feel cheered up by a pretty wife. A blinded soldier, on the other hand, would not care so much about the appearance of the wife, but might appreciate a good cook.[9] 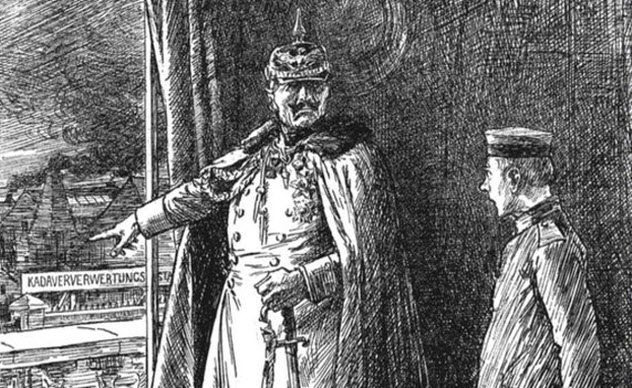 In 1917, it was just a tiny blip in an American newspaper that told how Pope Benedict was absolutely horrified after learning that the Germans were rendering the bodies of dead soldiers for soap and fertilizer. However, this was not the first time that this story circulated and it certainly was not the last.

While “fake news” appears to be quite the catchphrase these days, outright lies published as news were referred to as government-sponsored propaganda back in World War I—and there was plenty of propaganda to go around.

The “German corpse factory” was one of the biggest published lies that refused to disappear, and each new story published about these corpse factories was worse than the last.

According to vicious rumors, German workers would strip the bodies of dead soldiers and bundle the bodies into threes, wrapped with wire. These bodies were then loaded onto trains and taken to the “cadaver” building where the fats were rendered from the bodies for margarine and soap. The leftover meat and bones were made into feed for farm animals and ground into fertilizer.[10]

No part of the propaganda was true. Germans were rendering the bodies of dead horses that were loaded onto trains and shipped to the factories, but they did not render any soldiers in any of their factories.

Read about misconceptions concerning the Great War and see striking pictures from that war on 10 Myths And Misconceptions About World War I and 10 Striking Pictures From World War I.