Have you heard the one about the exploding toilet? No, this isn’t the setup for a bad joke. It really happened, and it’s not the only weird explosion to have taken place in recent years.

The bizarre blowups aren’t limited to latrines; they’ve involved furniture, animals, household appliances, and other things you probably wouldn’t suspect might blow up. The causes of some of these explosions have been identified, while others remain mysterious. Explained or not, the explosions on this list are definitely totally bizarre. 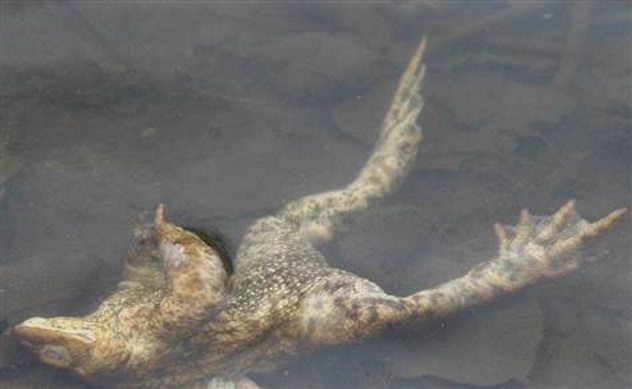 In 2005, Germany had a problem: exploding toads. They bloated, and then they blew up. That year, over 1,000 of their dead bodies were found floating in a Hamburg pond as well as in Denmark. Frank Mutschmann, a Berlin veterinarian, attributed the bizarre phenomenon to hungry crows. The birds, he said, peck out the toads’ livers, and other crows, watching the process, learn how to do likewise. In response to the crows’ pecking, the toads swell up in defense. The missing liver and the injury to the toads’ abdomens cause the amphibians’ blood vessels and lungs to burst and other organs to ooze from their bodies, Mutschmann explained. Although bizarre, the phenomenon isn’t really unique, he said. After they lose their entrails, the toads survive for several minutes, twitching in agony, said local environmentalists who’d witnessed the gruesome deaths.

Hamburg’s Institute for Hygiene and the Environment ruled out disease and fungal infection as possible causes of the toads bursting. Their experts agreed that Mutschmann’s explanation might explain the mysterious explosions, but the Institute’s spokesperson, Janne Kloepper, said that none of their personnel had witnessed crow attacks on toads. Others have also speculated as to the cause of the toads’ gruesome deaths. A virus was blamed by some. Others thought horses at a nearby racetrack may have somehow infected the toads. Still others believed the amphibians were committing suicide due to overpopulation.[1] 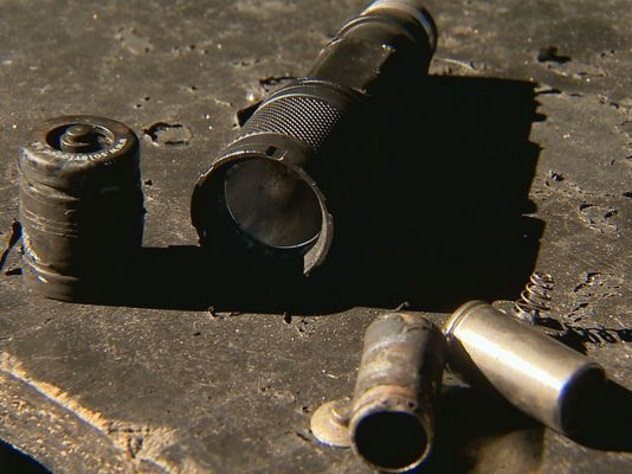 In January 2015, Coloradoan Christopher Reid Carrington was searching for tools in the back of his truck. To free his hands, he held his flashlight in his mouth. A few seconds later, it exploded, causing third-degree burns to his lip, tongue, and throat. Blood gushed from his mouth, and he was unable to speak, but his seven-year-old son called 911. Carrington spent four days in the hospital, a tube down his throat helping him to breathe, before he was released. Doctors said he may never be able to taste anything again.

In a similar incident on November 7, 2017, in Bradley, Indiana, Caleb Joyner, 36, was injured when a flashlight exploded in his mouth.[2] After experiencing car trouble, he’d stopped in a parking lot to look under the hood of his car. The flashlight exploded when, while bending over for a better look, Joyner came too close to the vehicle’s battery. He died the next day in a local hospital. 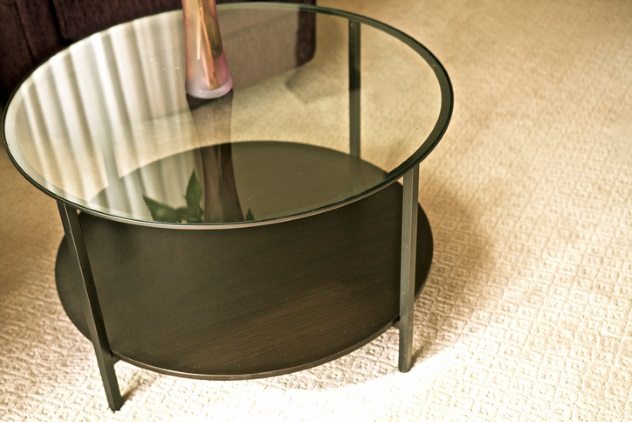 IKEA customers across the United States have reported explosions of glass tables. The furniture shatters spontaneously. A “Glasholm” glass-top desk exploded in her teenage son’s bedroom, said Holly Burns. She was cooking dinner in November 2017 when she heard the desk explode. The “boom” was so loud she thought a tree might have fallen on the roof. The exploding desk littered the floor with pieces of glass and showered her son’s bed with shards. Fortunately, the teen was at school at the time. Online research showed Burns that she hadn’t been the only one to have experienced such a bizarre incident. Over a dozen people had complained about exploding IKEA products, and some had posted videos about their experiences to YouTube.

According to IKEA, glass can appear to shatter spontaneously because, “Over time, small knocks and fractures can affect the durability of tempered glass.” The company admitted that glass explosions can be frightening but assured customers that such incidents aren’t dangerous because tempered glass is designed to shatter in such a way as to minimize risk of harm. An expert agreed. Although tempered glass shatters in a frightening fashion, unlike plate glass, it’s quite safe and “rarely cuts people, as the edges of each broken piece are rounded.”[3] 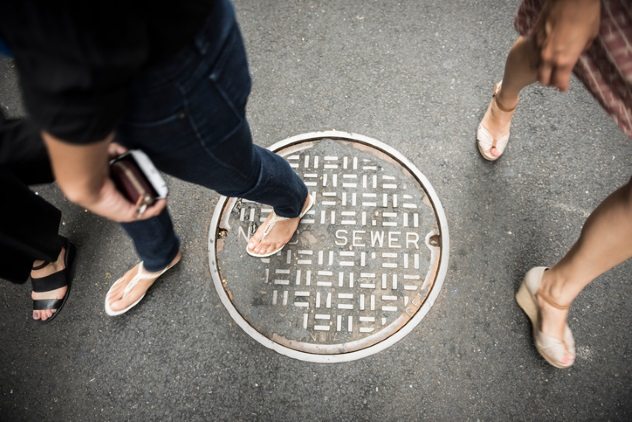 In large cities, electrical infrastructure is designed to prevent loss of power due to isolated malfunctions. When electrical wiring below a street fails, cables are deactivated, but burning wires release carbon monoxide, methane, ethylene, and acetylene as their insulation burns. In old wires, this mixture of gases is highly flammable. As they concentrate inside sewer tunnels, the gases reach “a critical mass.” Then, when a spark from an exposed electrical wire ignites the gases, they explode.

The problem is made worse by salt used to melt snow and ice on surface streets. Salt in melted water seeps into subterranean electrical cables, eroding their insulation. Eventually, a spark ignites an explosion. The explosion is powerful enough to rocket manhole covers well into the air, endangering pedestrians, motorists, and others nearby.

Although hundreds of exploding manholes were reported in 2014 in New York City alone, measures are being taken there and in other big cities to reduce these threats. Older wires are being replaced “as time and funds permit,” some manholes have been fitted with locking covers, and scientists have conducted studies to further learn how to prevent city residents, employees, visitors, and others from ever being threatened by flying heavy metal Frisbees.[4] 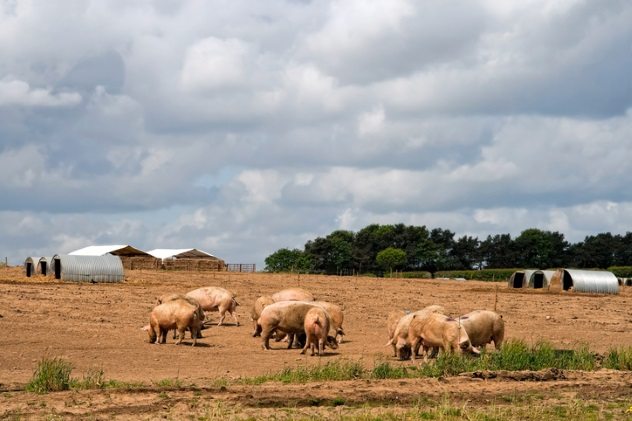 Midwestern US hog farms can be dangerous places. As early as 2005, their manure pits began to produce explosive foam which would cause barns to blow up, killing hogs by the thousands and costing farmers millions of dollars.

In large operations, pig excrement falls through spaces between floor slats and into a “catchment pit” below, but other items also find their way into these pits, including placentas, stillborn and crushed piglets, broken insecticide bottles, antibiotic syringes, and other debris. The antibiotics and growth-promoting drugs pigs receive are also part of the mix. When a pit’s contents create enough pressure, pipes connected to the chamber open, releasing the pit’s contents into a holding pond.

Explosions are rare, but the foam that sometimes produces them is all too common. It can become toxic, capturing methane and other gases. Agitated foam can emit these trapped gases, and methane, which is highly explosive, can ignite if exposed to a spark. Although researchers aren’t sure what causes the manure foam, they suspect it might result from a “new set of [bacteria] species” caused by “feeding pigs distillers grains.” A controversial short-term fix, scientists said, is to treat the foaming pits with Rumensin, an anitbiotic given to cows to increase their meat production and decrease their methane emission.[5] 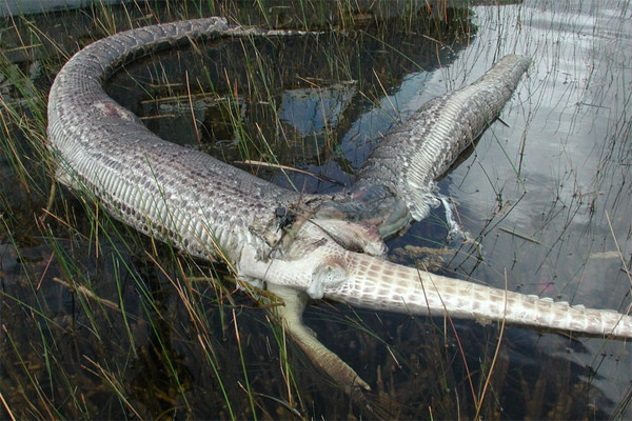 A Burmese python exploded after ingesting an alligator too big to swallow. The snake was 4 meters (13 ft) long, and its prey was 1.9 meters (6.3 ft) long. In September 2005, wildlife biologists discovered the carcasses in the Everglades National Park in Florida, the hind end of the dead alligator protruding from the dead python’s midsection. The bizarre fusion of the reptiles’ carcasses made it difficult to tell where one animal began and the other ended.

Had it not been for the illegal importation of pythons as stock in the international pet trade, the alligator would never have met such a ghastly fate. The alligator is native to the Everglades; the python was brought to the United States from elsewhere. Bought young, pythons grow fast and can reach a length of 6 meters (20 ft). Many buyers abandon the snakes in the wild before they attain such a length, and now, the pythons, as invasive species, threaten indigenous wildlife.[6] 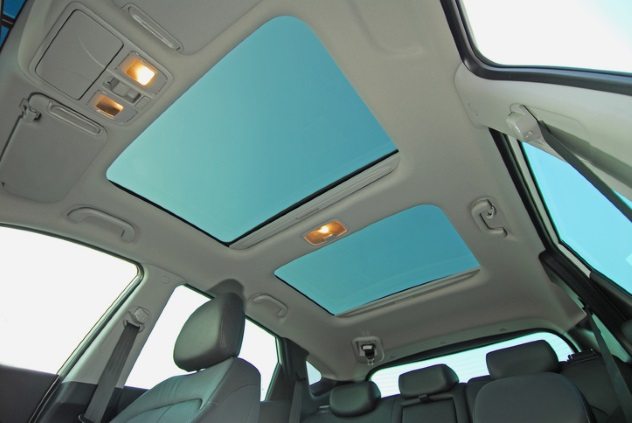 US senators want to know how to build cars—or, at least, what materials US automakers use to make their sunroofs, how they design them, and what defects they contain. The senators’ sudden interest in the details of the automobile manufacturing process stems from 2017 reports of sunroofs exploding. The lawmakers also want to know whether the automotive industry is keeping track of the spontaneously shattering sunroofs.

“While, thankfully, severe injuries have not been officially linked to this hazard, the increasing trend of this risk requires immediate response and action,” one of the senators wrote to automakers. “It is vital that you take steps to assure consumers of the structural integrity of their sunroofs.”

The senators were reacting to a Consumer Reports investigation which showed that 859 incidents of exploding sunroofs involving 35 makes and 208 models had been reported through the National Highway Traffic Safety Administration’s complaints database since 1995. The number was found to have risen sharply following the debut of larger, popular “panoramic sunroofs.”[7] 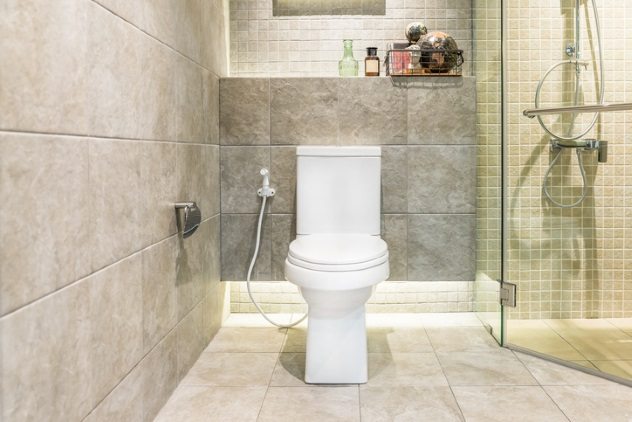 New Yorker Michel Pierre, 58, is so afraid of his toilet that he uses a rope tied to the tank’s handle to flush the commode from a safe distance while standing outside his Brooklyn co-op’s bathroom. He has good reason to fear the porcelain throne. On October 2, 2013, he and three other tenants of the 19-story-tall Caton Tower development in Flatbush were injured by “powerful blasts from their bowls.”

It took 30 stitches to close the wounds the porcelain shrapnel caused to Pierre’s head, arms, and legs. Knocked unconscious, he awoke covered in his own blood.

The water had been turned off to allow a plumbing contractor to install a backflow prevention valve. It’s believed a buildup of air pressure inside the pipes caused the explosions. Pierre is suing the building’s management company. His lawyer said his client is entitled to receive damages for his injuries. “Toilets are supposed to flush, not explode,” the attorney said.

What happened to Pierre could have happened to millions of other Americans and Canadians. In August 2012, the US Consumer Product Safety Commission and Health Canada issued a voluntary recall of toilets manufactured by Flushmate after the company received 304 reports concerning the dangerous commodes. The recall warned of “laceration hazards.” The toilet’s vessel weld seam could burst, allowing the release of enough pressure to shatter the tank and send the lid flying, possibly causing injuries and property damage. Flushmate voluntarily cooperated in the recall.[8] 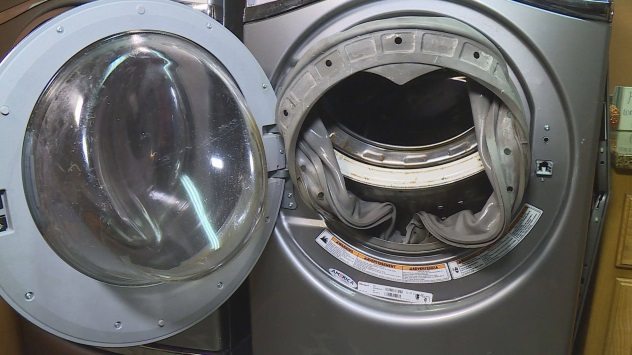 In 2017, Sara Van Beck was knocked unconscious by her washing machine when the three-year-old appliance exploded during its spin cycle. The machine also shot ball bearings and other parts at her. The explosion’s force caved in the side of the Whirlpool Duet’s dryer. Van Beck suffered a concussion as a result of the freak explosion. After she posted an account of her horrifying experience on Facebook, she learned that others had endured the same terrifying experience with the appliance.

The cycle seemed to last longer than usual, and the machine began to make a “high, howl, whistling noise,” Van Beck said. Otherwise, there was no warning: “It did not smell hot. It was not overheating. None of those things were happening. It just basically blew up,” she said. Although Van Beck had trouble getting Whirlpool to respond, the company agreed to replace her washer and dryer with new ones.[9] 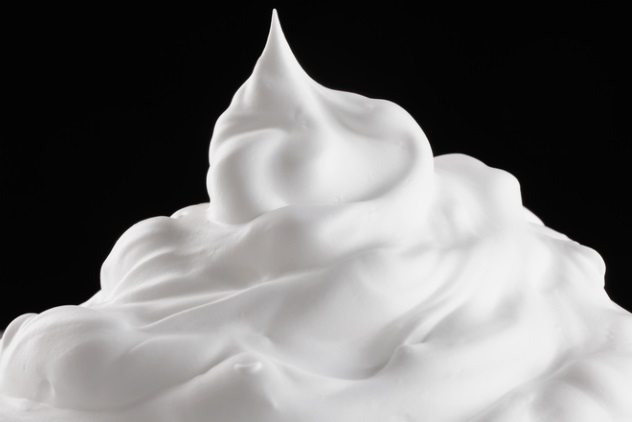 French model Rebecca Burger, a lifestyle blogger, was killed when a faulty whipped cream dispenser exploded in June 2017. The dispenser struck her in the chest, causing her to undergo cardiac arrest. It seems defective connectors on the appliance’s gas capsules may have broken.

Similar incidents have occurred, dating as far back as 2010. In these accidents, teeth were broken, bones were fractured, and an eye was lost.[10]

Read about some more decidedly bizarre events on 10 Bizarre Recent Stories Of Accidental Death and 10 Bizarre Stories From The Great War.