A wise green puppet in a galaxy far, far away once said, “Anger leads to hate, hate to suffering.” But is anger really the monster we make it out to be? Anger is seen as a destructive force—and sometimes that’s absolutely correct—but every emotion has its place and its uses. Researchers are learning that anger actually has several benefits that you might not even realize. So don’t be afraid to get a little mad. 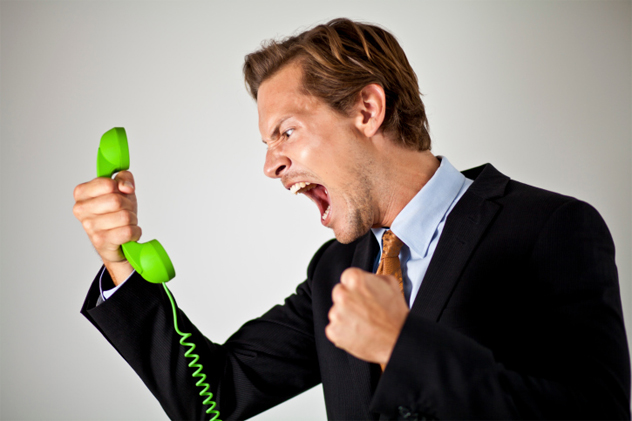 Negotiating is all about being levelheaded and outsmarting your opponent, right? Not entirely. All of our interpersonal interactions function on an emotional level as well as an intellectual one. Research shows that sometimes getting mad can help your case. People are programmed to be cautious around someone who is angry. Therefore, it can make the person whom you’re haggling with more cooperative if you get upset—they’ll try to give you stuff to appease you.

However, there are a few caveats to all of this. First of all, this usually only works with Europeans and Americans. Asian cultures find displays of anger during negations to be rude, so blowing your lid may hurt your case. Second, if you do get angry, it has to be real anger. If the guy opposite you thinks you’re faking it, they’ll actually increase their own demands. Researchers say that faking anger erodes trust. If they find out that you’re trying to game them, they’ll be less cooperative.

9Anger Can Help Your Career 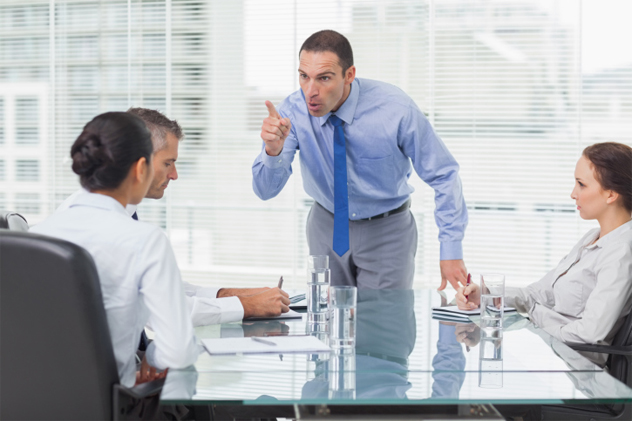 People who let their anger out report having more fulfilling careers and lives than people who keep their emotions bottled up. That dovetails really well with another study that shows that if you’re angry, people think you deserve more status and a higher salary . . . but only if you’re a man. It has been shown that both men and women believe that angry men should be rewarded. On the other hand, both sexes agree that angry women are incompetent.

This even works when you’re interviewing for a job, and it doesn’t matter what level the position is. If you’re a dude with an attitude, you’re in. According to the findings, “the average salary assigned to the angry man was nearly $38,000 while the angry woman received an average of only $23,000.” There is an upside for women, though: If they explain why they’re angry, people tended to judge them more fairly. But if men explain why they’re angry, they’re seen as weak. 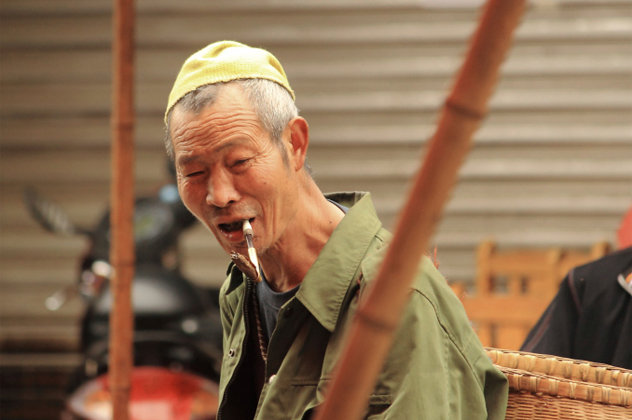 The impassioned Italians and hotheaded Spanish live almost two years longer than the comparatively calm English, and that may well be because expressing anger is good for your health. Research now suggests that people who hold in their anger and frustration are more likely to drop dead. Internalizing your rage elevates your pulse, which can drive up your blood pressure. High blood pressure can increase your risk of all kinds of diseases—everything from heart disease to cancer.

On the other hand, people with chronic anger can also develop coronary disease. It’s moderate anger that you need to shoot for. The researchers concluded that “men with moderate levels of anger expression had nearly half the risk of nonfatal heart attacks and a significant reduction in the risk of stroke compared to men with low levels of anger expression.” So be a little angry—it’s good for your heart. 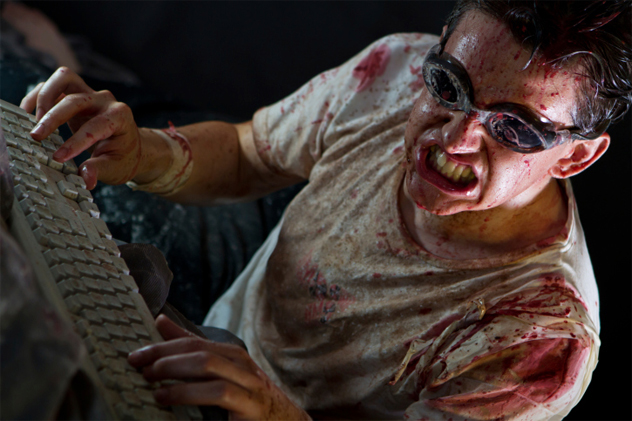 Psychologists and parents the world over have been harping for years that violent video games make kids more violent. It just makes sense—if you play violent video games, you should become desensitized and become more violent yourself. But in reality, that doesn’t pan out, and new research is starting to show that video games can, in fact, lower violence. Eighty percent of all high school boys play bloody video games—and have been doing so for years—and yet crime has actually fallen. The number of youth offenders has actually fallen by more than half since 1994, especially where violent crimes are concerned.

On the other hand, sales of violent video games have more than doubled since 1996. One study actually found that the months that had the highest rates of violent game sales also had the lowest rates of crime. So are these games just keeping all the angry thugs occupied, or is it really giving people an outlet for their violence? The jury is still out, but a few studies have hinted that violent games may actually make people less violent. One federally funded study that focused on children with “clinically elevated attention deficit or depressive symptoms” actually found that violent video games had a slight calming effect. It actually helped to “reduce their aggressive tendencies and bullying behavior.”

Other studies have shown that violent video games don’t make people less altruistic. But why are there so many contradicting reports in the news about how violent games make people more violent? One study demonstrated that difficult games that frustrate people can make them very mad, thereby screwing up the test results. Raging because you just got beaten badly isn’t the same as raging because the game itself is so violent. Tests show that people can become violent over Tetris if the difficulty is ramped up too much. 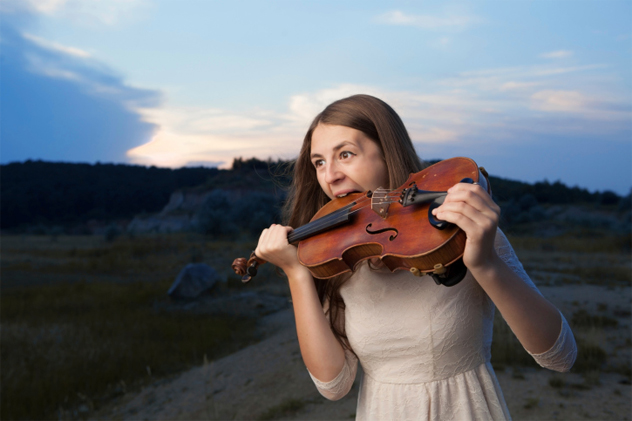 Are you having problems figuring something out? You might want to try getting angry. Studies have shown that being angry helps you think outside the box. Angry people produce more unique ideas faster than people in any other type of emotional state. But this boost in creativity doesn’t last long. Eventually, the anger runs its course, your skin loses its green tint, and you become normal again.

Scientists think the angry mindset evolved so that ancient man could come up with quick, creative solutions when his life was on the line. Anger both energizes you and gives you a “more flexible, unstructured thought process.” Basically, the methods and routes that your mind normally uses to search for solutions are thrown out. Being mad takes you in directions that you might not go when you’re calm. Maybe being so mad that you can’t think straight is actually a good thing.

5Fighting Is Good For Your Relationship 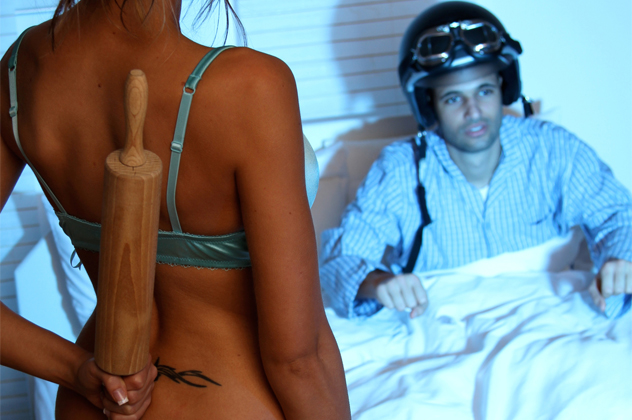 The age-old adage of forgive and forget might be wrong, according to researchers at Florida State University. Sometimes, getting angry is the best medicine. In mental health, there’s an approach termed “positive psychology.” The idea is that “forgiveness, optimism, kindness, and positive thinking” are supposed to help in relationships that are experiencing serious trouble. Sometimes, though, instead of helping to heal the wounds, forgiveness might just make things worse. The researchers found that if you just throw your forgiveness around all willy-nilly, some people might take advantage of that and continue to be jerks.

Anger tells the person who screwed up in the relationship that their behavior is unacceptable and that they need to stop. Another, separate study out of the University of Michigan showed that couples who suppress their anger are more than twice as likely to die early. So get in a fight every now and again—it’s good for you. But there’s a caveat: The good people at the University of Berkeley say, “While both spouses were equally able to cool down during conflicts, the husband’s emotional regulation had little or no bearing on long-term marital satisfaction.” In other words, it’s usually the ladies who have to calm things down and suggest solutions.

4Anger Gets The Girls 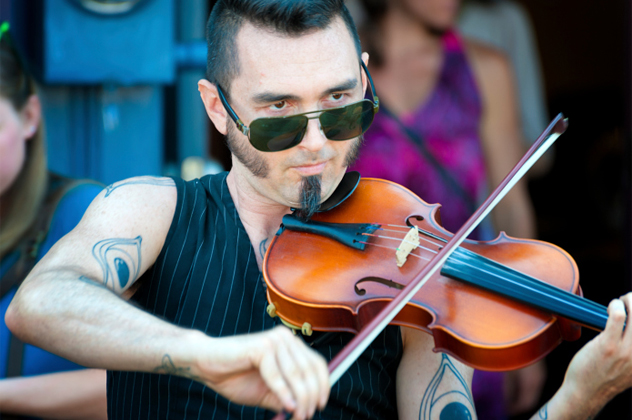 Science agrees: Jerks do get more chicks. Two studies show that people who exhibited high scores in what is known as the “dark triad” of personality traits—narcissism, psychopathy, and Machiavellianism—are more likely to get the girl. Narcissism describes someone who thinks too highly of themselves. Psychopathy, in this sense, refers to someone who has poor empathy and who is a thrill seeker. And someone who is manipulative and deceitful is considered to be Machiavellian.

Researchers say that although it would seem like these types of traits would not benefit society, schmucks are still pretty common. A separate study shows that women are also attracted to men who are seen as more moody. A smiling man was a turnoff. Why would women be attracted to these kinds of people? Scientists don’t really know, but it may have something to do with testosterone. Men with high testosterone tend to express dominant traits. Women may simply be attracted to the man with the highest levels of it. But don’t start kicking those puppies just yet—the study also found that dark triads are more manipulative and have a higher tendency to lie, so while they may score more one-night stands, they’re probably going to have trouble building a stable, long-term relationship. 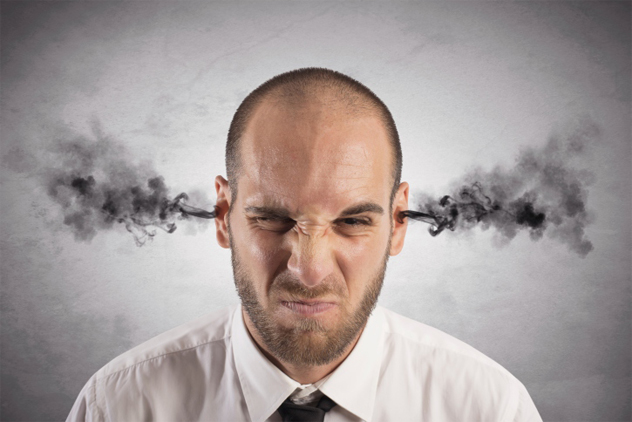 Everyone knows that one guy who loves to get all worked up over a subject and argue about it. Well, it turns out that they might be the most open-minded person you know. People have a tendency to seek out information that already agrees with their position. You won’t go outside your comfort zone to listen to things that might make you question your beliefs . . . unless you’re mad. Studies show that when you’re angry, you are more willing to seek out more “disconfirming information.”

In other words, you tend to look at information that favors the other side. That’s mainly because angry people like to argue, and studying the opposition’s position gives them that opportunity. However, it does have the side effect of making you better informed, which means that you’re more likely to change your opinions than the person who never listens to opposing views. So people who like to argue are probably more knowledgeable than those who don’t. Researchers think that adding conflict into a group might actually help them make better decisions. 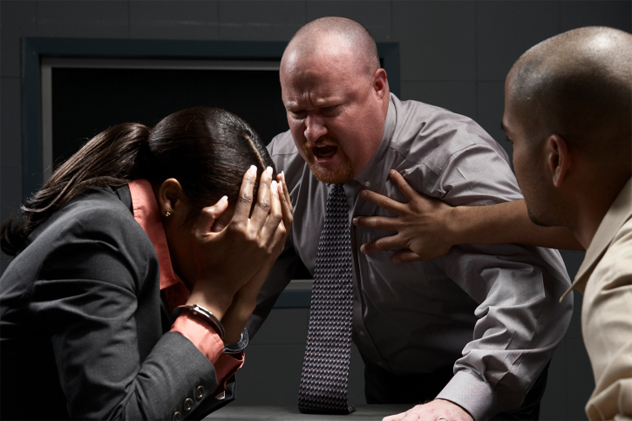 Let’s say you’re accused of a crime. What do you do? Well, if you’re innocent, then you’ll probably get mad. Real mad. No one is going to stand and take it when someone throws false accusations in their face. And that’s exactly what the cops are counting on. If you’re accused of a crime that you didn’t do, you’ll be mad . . . and law enforcement is trained to tell if it’s real or fake. Being genuinely ticked off is a sign that you’re innocent. It’s one of the key emotions that the FBI and police look for when interviewing a suspect.

Studies back this up—people who are wrongly accused will give verbal and nonverbal cues which show that they are telling the truth. On top of that, people who are angry are also more likely to voice their real opinions. Anger increases your confidence, and confident people will tend to be open and tell the truth. So cops will also try to get you mad so they can get the truth out of you. Basically, if they take you in for questioning, you’re going to be mad (assuming, of course, that you’re innocent).

1It Makes You Optimistic 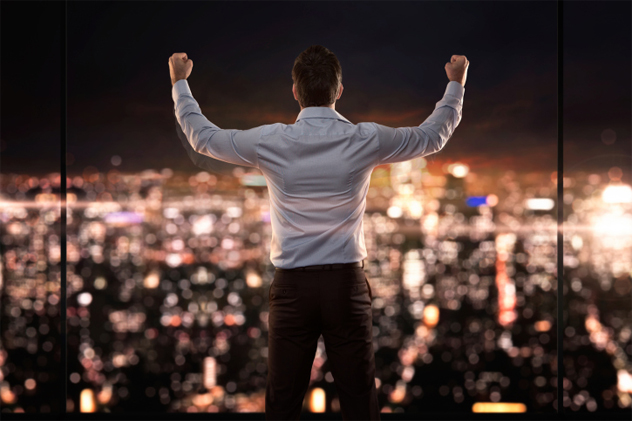 Say you’re surrounded by a coterie of miscreants and they’re saying derogatory things about your mom. How would that make you feel? You might get angry at first, but you might end up feeling pretty optimistic, at least according to researchers at Carnegie Mellon University. When you’re faced with a stressful situation, a little anger can help you feel like you’re in control, and ultimately it’ll make you feel more optimistic about the future.

It’s actually a healthier response than fear—if you react with fear, it will just depress you, and that probably won’t help your situation. These results were similar across the board for men and women. Another study done two months after the World Trade Center attack showed that people who reacted with anger experienced “feelings of certainty and control.” Anger can give us the strength and drive to deal with extremely stressful situations. But don’t overdo it—some psychologists think that the rush we get from anger can be addictive.

Monte also writes for Cracked.com and you can read about his exploits here.