Mount Everest isn’t the beautiful, pristine mountain you might think it is. Everest is littered with hordes of hikers, mountains of garbage, and the occasional dead body. That, and its ice is melting.

Iconic places are associated with a shared mental image, but you might be surprised how often such places look nothing like you think. Sometimes, our imagination fails to encompass all a place has to offer; other times, we just get the whole thing wrong.

10Texas Is More Than A Desert 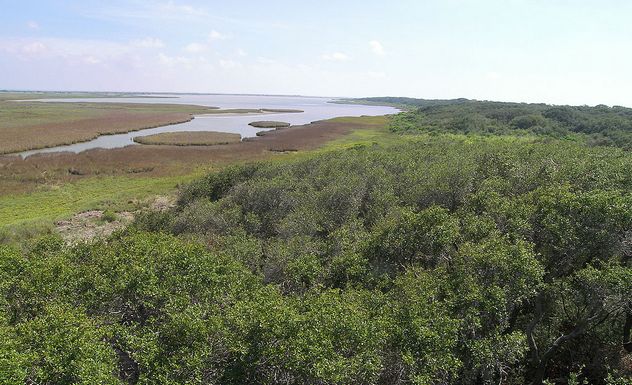 From Western movies, you might get the impression that Texas is a godforsaken desert wasteland. The imagery of cowboys galloping through the unforgiving, barren heat of a Martian-looking landscape is a staple of the genre. But any proper Texan will also let you know that Texas is massive, and there’s much more in the state than just desert. In fact, Texas can be broken down into four major climactic regions, excluding transitional zones. East Texas is largely forested, like Texas’s eastern neighbors. Central Texas is home to the state’s prairies and grasslands. West Texas is home to desert biomes, which are not as barren as you might imagine. Finally, South Texas borders the Gulf of Mexico and consequently features large swathes of wetlands (in addition to beaches).

The deserts of Texas are not the flat sand dunes you would expect to find in the Sahara. In fact, Texas’s deserts feature some impressive mountains, such as the Guadalupe Mountain range, some of whose peaks reach thousands of feet in the air. The Guadalupe Mountains are surrounded by the Chihuahuan Desert, a part of which is designated as the Big Bend National Park, which is a mixture of desert, mountain, canyon, and river scenery.

9The Galapagos Islands Are Heavily Inhabited 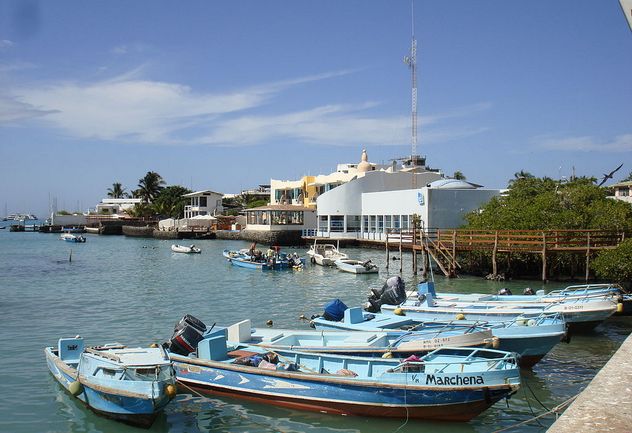 The Galapagos Islands, located 965 kilometers (600 mi) west of mainland South America, are known for inspiring Charles Darwin in his work on the theory of evolution. For decades, they’ve been the poster child for wildlife and nature—iconic species like giant tortoises and marine iguanas are full of wonder and charisma. You might be surprised to know that the Galapagos can hardly be considered a beautiful tropical paradise; the islands are rugged volcanic formations—huge chunks of black volcanic rock. Some areas of the Galapagos are even desert, with cacti species growing as tall as trees.

The Galapagos Islands are also owned by Ecuador. Ecuadorians decided to colonize the islands after they annexed them from Spain. Yes, “Darwin’s Paradise” is inhabited by a growing number of Ecuadorians. In an attempt to grow the tourism industry, the Ecuadorian government guaranteed that wages for Galapaguenos would be higher than for Ecuadorians working on the mainland. Currently, the human population between the islands stands at around 30,000, the result of a flood of immigration. Puerto Ayora, located on the island of Santa Cruz, is the largest town in the Galapagos. The population growth has not been good for the environment of the Galapagos. Several species have been overfished, and the people themselves lack access to health care, clean water, and education. 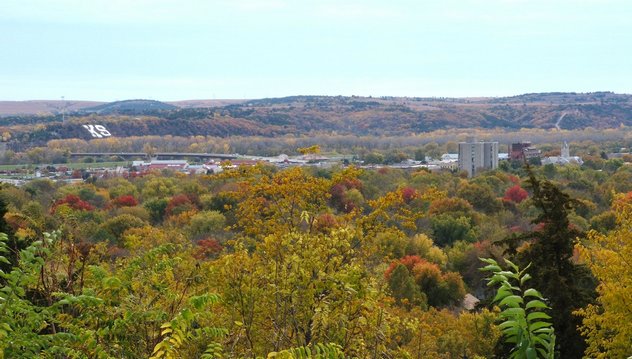 If there’s one state with a reputation for being flat, it’s Kansas. In 2003, three geographers even jokingly measured the flatness of Kansas against the flatness of a pancake—Kansas, it turns out, was flatter. Sure, there are parts of Kansas that are flat. Like, really flat. There’s no getting around it. But the entire state isn’t like that. From its Missouri to Colorado borders, the state slopes from 1,200 meters (4,000 ft) in elevation to 200 meters (700 ft). In addition, the state features massive rock formations like the Monument Rocks and the Chalk Badlands. The Flint Hills are a major region in the state, formed from eroded flint rock.

Kansas isn’t actually even considered one of the top five flattest states by the American Geographical Society. In an article published in the Geographical Review in 2014, Florida took the title of the flattest state. Kansas was in seventh place, behind Florida, Illinois, North Dakota, Louisiana, Minnesota, and Delaware. Why might people associate Kansas with flatness so much more than other states? Possibly because highways tend to favor flat areas over hilly areas—anyone simply passing through Kansas wouldn’t ordinarily encounter all the hilly and rocky areas Kansas has to offer. 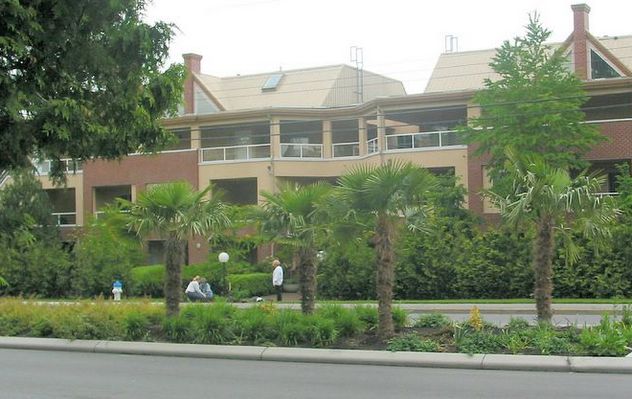 Canada is America’s friendly but freezing neighbor to the north. However, not all of Canada is covered in a sheet of snow. For a while now, the Canadian province of British Columbia (and especially its Vancouver Island) has been cultivating a tropical image. British Columbia has some of the mildest winters in all of Canada, and its proximity to the ocean makes it ideal for summer activities like sailing.

What plant is associated with the tropics more than any other? Palm trees, which British Columbia has plenty of. Cities like Oak Bay even make a special event of selling palm trees. Now, to be sure, these aren’t palm trees that have been supplanted directly from the Caribbean. They’re a bit hardier, having originated from the rain forests around the Himalayas, as well as Chile and Argentina. The palms have adapted to southern British Columbia with little problem and are spreading north as they grow even hardier. Fossil evidence suggests that these hardy palm trees were once common throughout North America.

All this is not to say that British Columbia is Canada’s California: If you go further inland, there’s plenty of snow to ski on.

6Hawaii Has A Desert 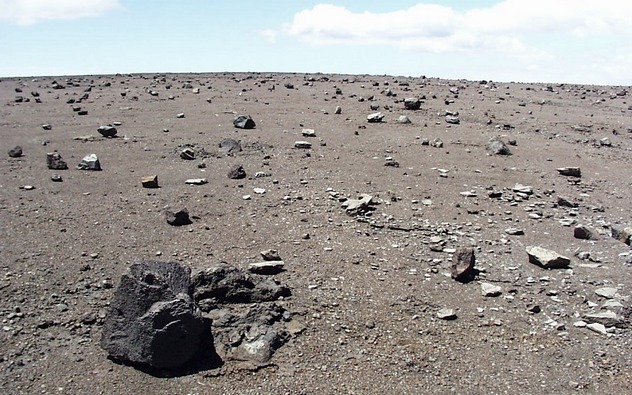 The Hawaiian Islands are among the world’s premier tropical destinations. So engrained is our idea of Hawaii as a tropical getaway, Hawaii’s number one industry is tourism, and a huge amount of government effort goes into maintaining it. Palm trees, beaches, sun, and powerful volcanoes were responsible for the formation of the islands. Yes, like many volcanic islands (such as the aforementioned Galapagos), Hawaii has a more diverse collection of climactic zones than one might expect.

The Hawaiian Islands are on top of a volcanic hot spot: Numerous eruptions from the Earth created a buildup of lava until islands were formed. Each of the major islands has at least one volcano. Lava rock is not the most hospitable habitat for plants and animals, and on the Big Island (Hawaii), one clump of lava surrounding the volcano Kilauea has come to be known as the Ka’u Desert.

Ka’u Desert is barren and black—a twisted mass of dried lava, where hardly any plants are able to grow. Ka’u is called a desert because it receives relatively little rainfall due to being in the shadow of Kilauea, from which it also receives a high amount of sulfur dioxide gas. This gas causes acid rain, which contributes to the lack of vegetation. The lava rock is also too permeable for many plants to grow in. Despite receiving relatively little rainfall, Ka’u Desert receives too much to actually qualify as a true desert. 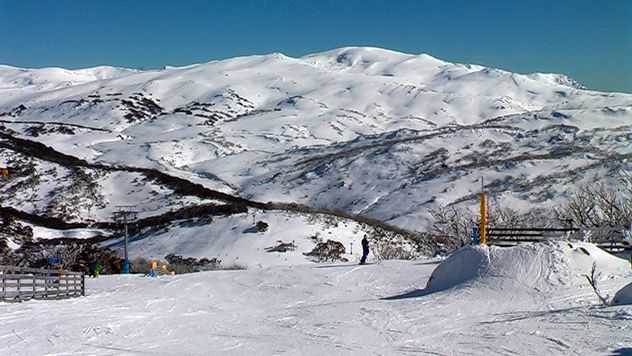 Australia, as you’d imagine, is pretty hot. In fact, there are vast parts of the continent that are completely inhospitable to human habitation. While snow is not common, there are a handful of places that get cold enough for skiing, an activity that stretches back to 1861 in Australian history, thanks to some Norwegian immigrants. In the winter, snow falls regularly in elevated terrain in New South Wales and Victoria, as well as in Tasmania. Only on very, very rare occasions will snow fall in the other states. The coldest temperature ever recorded in Australia was –23 degrees Celsius (–9 °F) in the Snowy Mountains, which are located in New South Wales.

4Sochi, Russia Is A Beach Resort 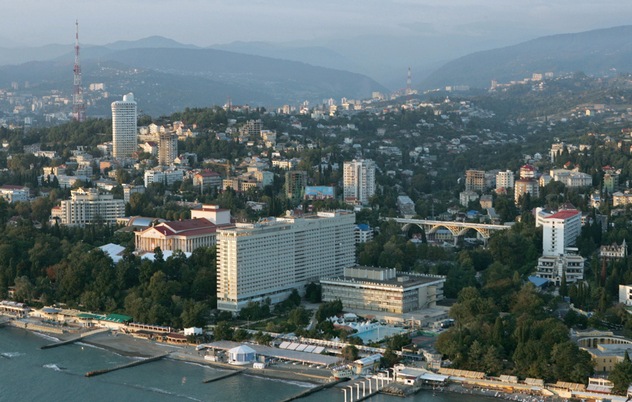 Sochi was quite possibly the least appropriate place in Russia to host the 2014 Winter Olympics. Sochi is quite close to a contested territory on the border between Russia and Georgia. During the games, Russia expanded its control over a border zone 11 kilometers (7 mi) inside Georgia. Depending on whom you ask, however, this border zone was not extended inside Georgia but Abkhazia, a region in Georgia that Russia has recognized as an independent state. Sochi is also near the Caucasus Mountains, home to Russia’s deadliest terrorists. Additionally, it was clear from the controversy at the start of the Games that the city’s infrastructure was not prepared to handle the demands placed on the city by the arrival of the Olympics.

All that being said, Sochi was actually the worst place to host the Winter Olympics because the city itself is actually . . . a beach resort. Yup. Sochi and the surrounding areas are the warmest region in the entire country. The climate is even classified as subtropical. A month before the games, the Caucasus Mountains were completely free of snow. Years before the games even began, Russia began stockpiling snow from each year’s winter and supplemented this snow with artificial snow that a Finnish expert helped them manufacture.

3The Great Wall Of China Is Mostly In Ruin 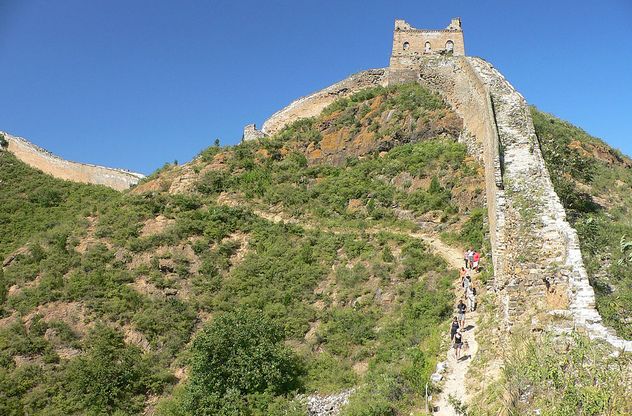 The Great Wall of China is one of the most iconic architectural feats in human history. Built to protect the Chinese Empire from nomadic enemies, the wall stretches for thousands upon thousands of miles through 11 Chinese provinces and into North Korea and Mongolia. In total, the wall and all its branches are estimated to be 21,196 kilometers (13,170 mi) long. When the wall is photographed or seen in movies, the shots are almost exclusively directed at the part of the wall that has been restored near Beijing. These sections attract millions of tourists each year and likely fool people into thinking that the wall is as powerful and sturdy as it ever was.

In reality, the wall is mostly falling apart. Away from Beijing, the wall’s stones crumble under the weight of time. Some sections are covered with vegetation. Parts of the structure are in such disrepair that they’re barely recognizable as belonging to the Great Wall; many of these sections are closed to the public. The Great Wall is also no more recognizable from space than are highways and airports—in low orbit, it’s sort of discernible, but it isn’t at all from the Moon. 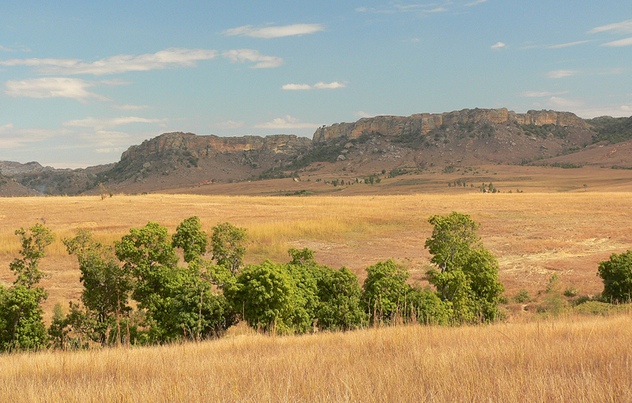 One unique type of dry forest found on Madagascar is appropriately called “spiny forest” (or “spiny desert”). The spiny forest consists of small, cactus-like plants with small leaves that grow thorns and spines for protection. Though similar in appearance, these plants, which belong to the Didiereaceae family, are not related to cacti. Besides the eastern rain forests and southern and western dry forests, Madagascar also features grassland and desert ecosystems that were formed largely as a result of human habitation. Areas that were once heavily forested are now covered in grasses and introduced cacti. These lands were cleared for farming or cattle grazing. 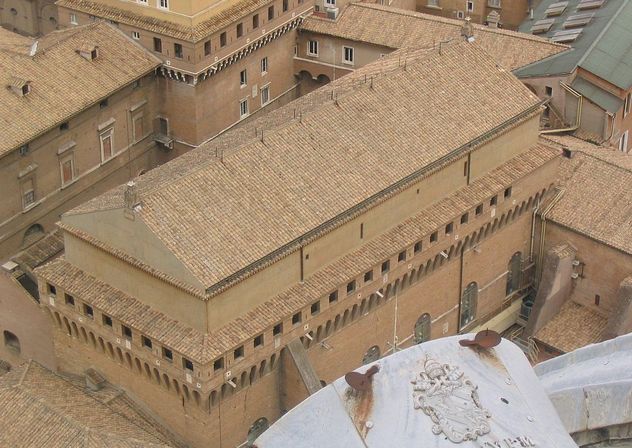 Because the Sistine Chapel’s art is so memorialized and grandiose in its significance to Western culture, you’d be forgiven for imagining the Chapel as some vast, colossal monument. But it’s not a monastery, cathedral, or church—it’s a chapel, and so it’s relatively small: around 40 x 13 x 21 meters (132 x 44 x 68 ft). These dimensions were inspired by the purported size of Solomon’s Temple, which was said to have been destroyed in A.D. 70. The Vatican teamed up with Villanova University (located in Pennsylvania) to produce a virtual tour of the Sistine Chapel—it’s small enough that you can see the entire interior without moving about. The outside of the chapel is much less remarkable than its interior. It’s an unassuming but well-constructed brown building attached to the Apostolic Palace (which is where the Cardinals gather to select a new Pope).