Great and powerful families have ruled over countless lives since the first civilization was born. There are empires that have stretched across continents and held power over billions of people.

Over the last 100 years, though, almost all of those empires fell. Revolutions around the world have cast out the people who once held that power, stripped them of their wealth, and left them to fend for themselves. Today, heirs to those empires live in ways that are incredibly humbling—and a little bit strange. 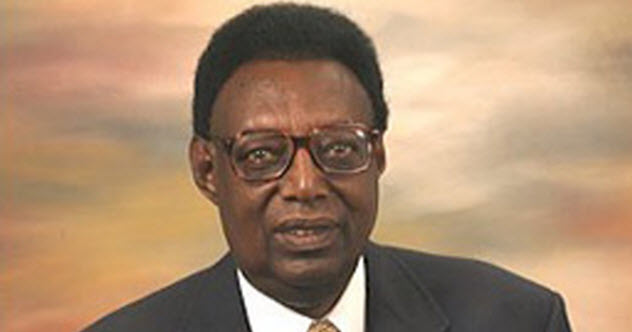 King Kigeli, the last king of Rwanda, ruled his nation for a mere nine months before a Hutu revolt in 1959 forced him into exile.

Today, 79-year-old Kigeli receives food stamps and lives in government-subsidized Section 8 housing in Virginia. To get by, he sells knighthoods into the kingdom of Rwanda to anyone willing to pay. Most of his neighbors have no idea that he was once the king of an African country.

Still, Kigeli insists on being treated like a ruler. For example, he refuses to drive himself anywhere. His chauffeur holds the title of Kigeli’s chancellor, although this dignitary has to make ends meet with a part-time job selling mattresses at Sears.

9 The Last Prince Of Italy Was Charged With Pimping 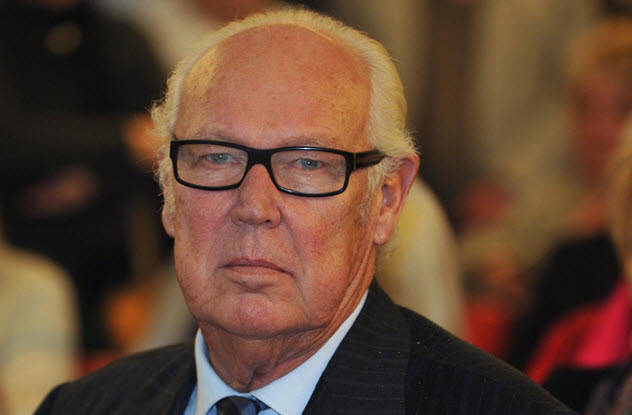 When the Italian monarchy was abolished in 1946, the royal family was forced into exile, forbidden to return for 54 years. Vittorio Emanuele di Savoia, the heir to the throne, was forced to live away from his country and the power his family had enjoyed—and it didn’t turn out well.

In 1978, he inexplicably decided to point a rifle out of his yacht and blindly fire at the darkness. He accidentally hit and killed a German tourist. Vittorio spent 13 years fighting a manslaughter charge of which he was eventually acquitted.

When he reappeared in Italy, he soon found himself working as a pimp for the Sicilian Mafia and was caught supplying prostitutes to its high rollers. The charge finally landed him behind bars.

To his credit, Vittorio keeps his head up. After getting his first taste of prison food, he declared, “In Italy, you can eat well everywhere.” 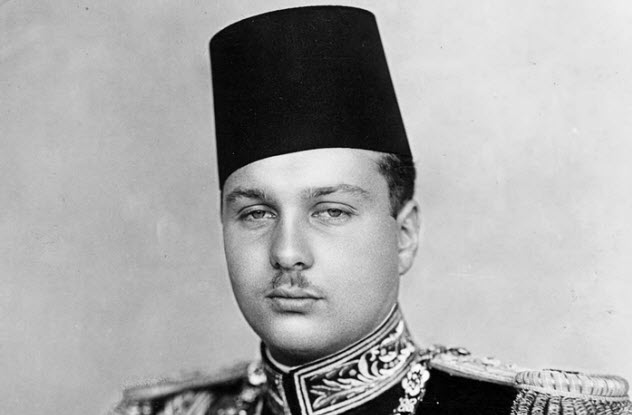 Although Fuad II was technically the last king of Egypt, he only “reigned” as an infant during 1952–53 after his father, King Farouk, was forced to abdicate in a coup. From 1936 to 1952, however, King Farouk was the last king to actually rule Egypt. Farouk enjoyed all the luxuries of royalty, but it left him a bit disconnected from everyday life—and common sense.

Near the start of World War II, Farouk was plagued with a recurring nightmare in which he was chased by a lion. Troubled, he called his wisest adviser, El-Maraghi, and asked what his dream meant. “You will not rest until you have slain those lions,” El-Maraghi told him.

Farouk took his advice—literally. He grabbed a gun, walked to the local zoo, and shot two lions dead in their cages. Then he returned home and told El-Maraghi what he had done.

El-Maraghi spent the rest of the day explaining to the king what a metaphor is. 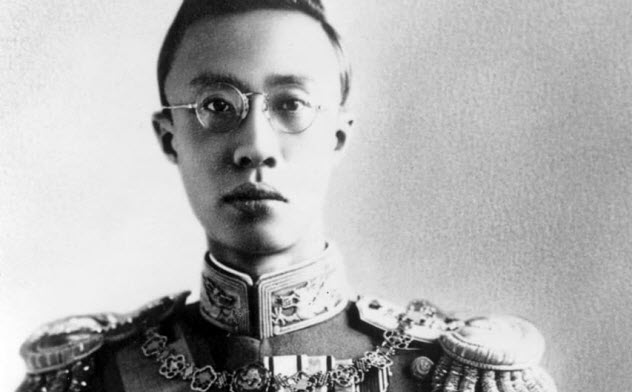 Pu Yi became emperor of China when he was two years old. He lost his title three years later, but he was kept in such seclusion inside his palace, surrounded by servants who played out a fantasy kingdom, that he didn’t find out that he wasn’t the emperor for a full 10 years.

He got his position back when Japan made him the emperor of the puppet state of Manchuria. When Japan surrendered, though, Pu Yi was sent to a Chinese prison. He expected to be killed.

Instead, he was sentenced to tend vegetables in a prison. There, he was forced to live as a commoner under the label “Prisoner No. 981.”

Pu Yi was a model prisoner. He impressed the Communist Party enough that they actually let him go. He spent his last years in freedom, working part-time as an assistant gardener.

6 The Emperor Of Korea Manages A Home Shopping Network 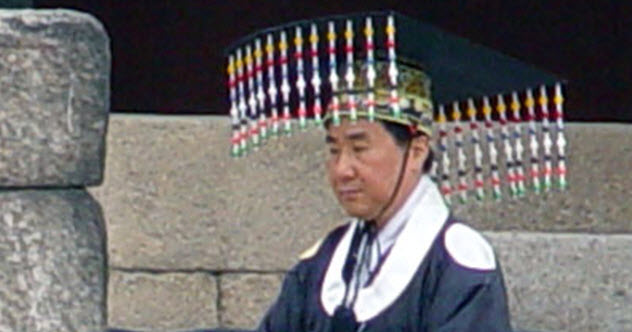 Korea no longer bestows the title “Emperor” on the heads of its royal family. If they did, though, it would be held by Yi Won, the adopted son of the last ruler, Yi Gu. In 2005, Yi Gu died and the royal family chose to pass the title to Yi Won.

Before, though, Yi Won wasn’t living as a prince in a castle. He was the general manager of Hyundai’s Home Shopping Network. The Korean royalty today doesn’t pass much on to their children, so the crown prince had to make ends meet by hawking goods through mail order catalogues.

Yi Won’s job, though, was actually lucrative compared to the rest of his family. Another candidate for the throne, Yi Seok, currently runs a liquor store in the US.

5 The Heir To The Ottoman Empire Is A Retired Librarian 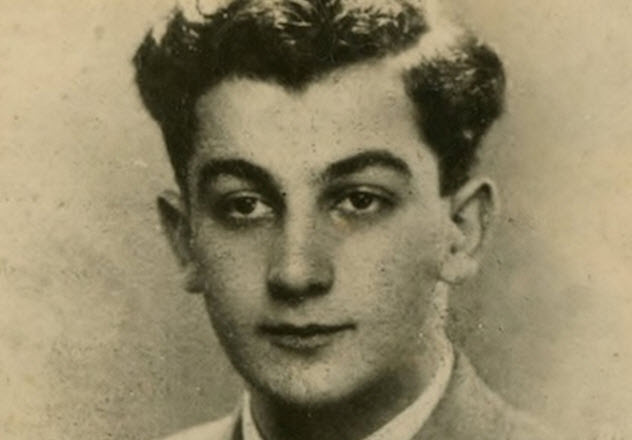 For 622 years, the Ottoman royal family ruled an empire that spanned three continents. Then, in 1924, the family was given a one-way passport out of Turkey and told not to return.

Prince Bayazid, the current heir to the throne, wasn’t allowed to tell anyone that he was the heir to a dynasty. So he lived a lot like anyone else. He had to fight to get a job at the New York Public Library. Initially, the library ignored the application because it had a foreign name—until Bayazid begged for the job.

When they realized he could speak 15 languages, the library made Bayazid a translator. But he often wasn’t allowed to put his name on his work because the library was worried that a Turkish name on Armenian documents would upset people.

Bayazid worked at the library for 45 years before he retired. He still lives in New York.

4 The Nepalese Royal Family Ended In A Murder-Suicide 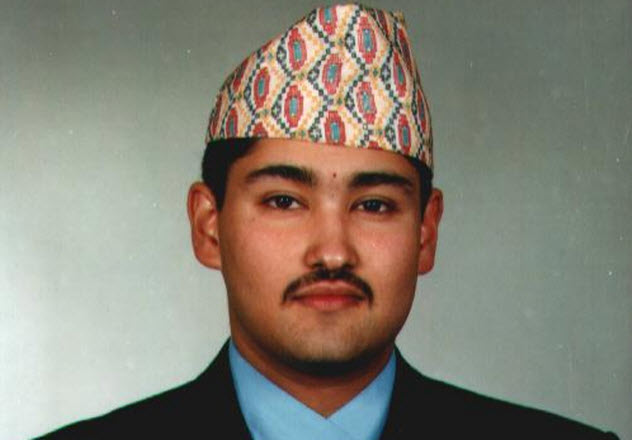 In 1990, the Kingdom of Nepal started to come to an end when the People’s Movement put strict limitations on the royal family’s power. It was the crown prince, though, who brought the kingdom to a crashing halt—in a horrific way.

Prince Dipendra had fallen in love with a woman named Devyani Rana whom he had met in England and intended to marry. His family, however, did not approve. His mother threatened to pull him out of the line of succession if he married her, and fights between family members escalated.

On June 1, 2001, Dipendra picked up a gun and massacred 10 members of his family before turning the gun on himself. In the process, he wiped out the entire royal family and its main line of succession. Nepal’s monarchy was abolished shortly afterward.

3 The King Of Cambodia Is A Professional Ballet Dancer 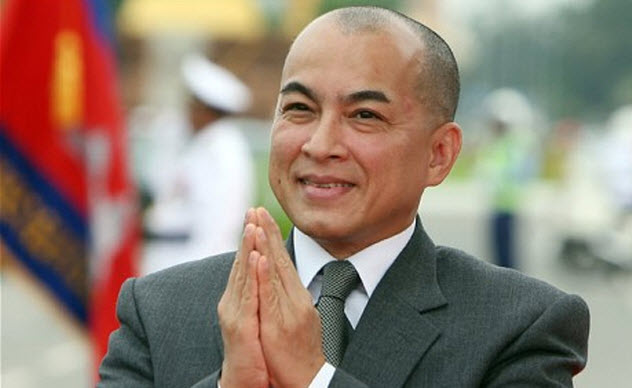 Norodom Sihamoni never wanted to be king of Cambodia. As a young man, he studied cinematography, going to North Korea in pursuit of a better education—which says a lot about the state of Cambodia.

His true passion, though, was ballet. Sihamoni left for France and became a respected dancer, performing classical pieces in theaters until he was called back to the palace. His father had abdicated the throne, and feeling it was his responsibility, Sihamoni took his place on the throne.

Today, Sihamoni is a figurehead with no power. International news has described him as a “puppet king” while the people of Cambodia reportedly describe him as “sad, lonely, and abandoned.” Sihamoni has no children and no heir, and it is expected that the Kingdom of Cambodia will die with him. 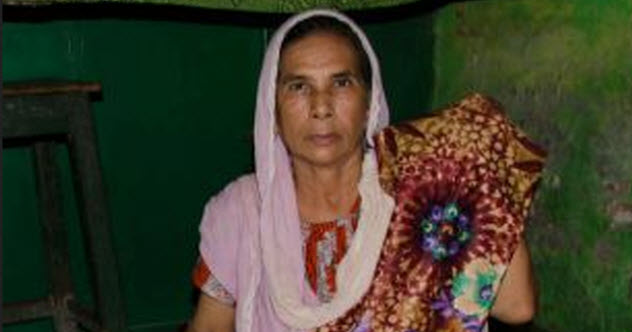 The fifth emperor of the Mughal Empire built the Taj Mahal, and at their peak, the empire ruled over one-quarter of the world’s population.

Today, the current claimant to the throne is Sultana Begum, the great-granddaughter-in-law of the last Mughal emperor. She married the male heir, Bedar Bukht, who lived in hiding out of fear that British imperialists would have him killed. Bukht sold charms and talismans, earning a wage that Begum called “too meager for survival.”

Since Bukht’s death, Begum has been living in a shack in a slum where she runs a tea shop. She also receives a political pension of 400 rupees a month—the equivalent of $6.

1 The Emperor Of Japan Is An Expert On Goby Fish 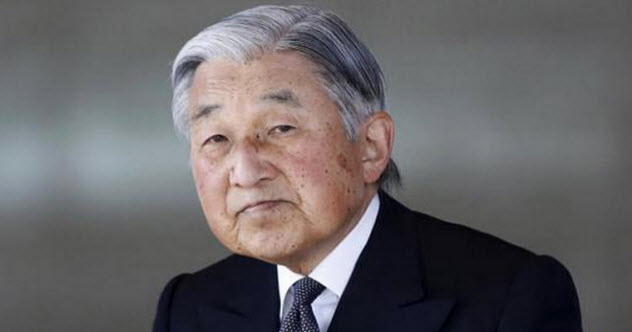 In all the world, only one man still enjoys the title of “Emperor”: Emperor Akihito of Japan. Even Akihito, though, is nothing more than a figurehead with a few ceremonial duties.

To pass the time, Akihito studies goby fish. Using a biological lab inside his Imperial Palace, he spends most of his time examining the fish and writing his observations.

Today, Akihito is one of the world’s leading experts on goby fish. He has published 38 peer-reviewed scientific studies on the topic and recently contributed 350 pages on one suborder of goby fish to a book.

With no real power, it’s reasonable to assume that even his position as emperor will fade soon. The Japanese empire will crumble to dust and be swept away, like the ends of countless empires before it. 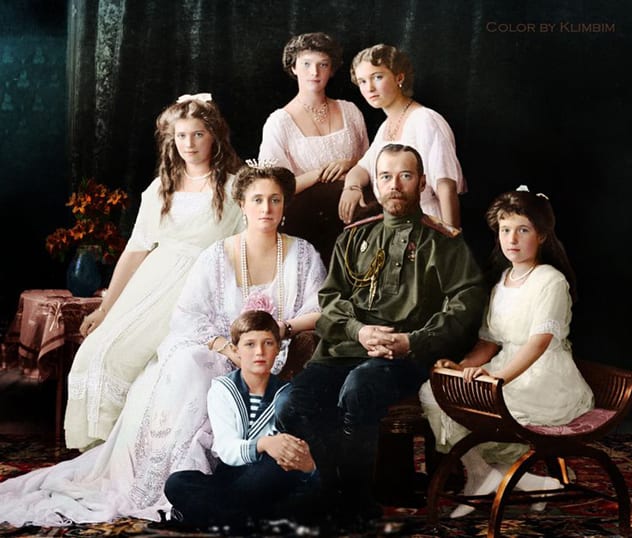 The higher you are, the further you have to fall! Here are some recommended lists from the archives for further reading on this fascinating subject: