Merlin was not just a legendary figure. An examination of ancient Welsh poetry, Geoffrey of Monmouth’s accounts of King Arthur, and other works reveals a powerful, real prophet, holy man, and bard.

In Britain in the sixth century AD, there existed a prophet, magician, and counselor to King Arthur—Merlin. Was Merlin real? In Britain of the post-Roman Dark Ages, the traditions of the Celts were still alive despite the influence of Christianity. The existence of Celtic culture and that of the real pagan druid or bard Merlin was removed from history by later chroniclers.

There were probably two Merlins. One lived from about AD 450–-536. This was Arthur’s Merlin. Geoffrey of Monmouth wrote of him in the History of the Kings of Britain, which became a best seller in Europe when it appeared in 1136. The Life of Merlin by Geoffrey appeared in 1150.

The second, later Merlin was a bard named Myrddin in Welsh. After the Battle of Arderydd in 573, this Merlin went insane and retreated into the woods. These two figures have been conflated, adding confusion to the dating of the Merlin’s life.

10 The Collapsing Tower Story Has A Historical Basis 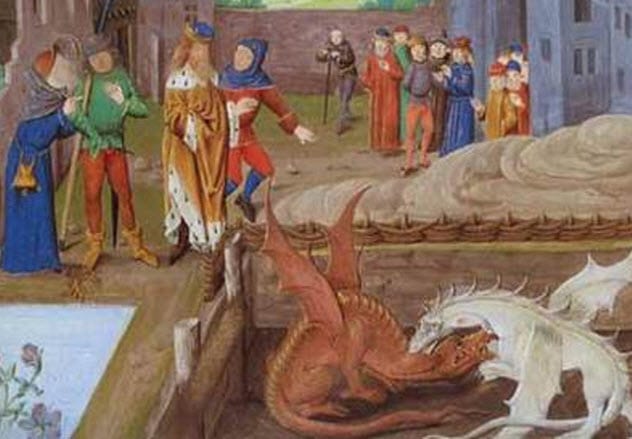 Writing in the sixth century, St. Gildas recounts how the evil tyrant Vortigern fled from the onslaught of Saxon invaders. The tale is taken up in the Nennius papers that Vortigern tried to build a protective citadel for himself and his followers in Snowdonia.

Geoffrey tells how the tower that Vortigern was building kept collapsing. To remedy the situation, Vortigern’s counselors told him to sacrifice a fatherless boy on the site. This boy was Merlinus Ambrosius. Merlin instructed workers to excavate the foundation of the tower. There, in a pool, they would find two sleeping dragons, one red and one white.

In The Quest for Merlin, Nikolai Tolstoy proposes that Vortigern consulted Merlin, a person of spiritual authority who was known by the name “Myrddin Embreis.” He was the successor to the druids who had once presided over the “navel” of Britain, or a center of Earth that Tolstoy theorizes was Stonehenge.

While the tale of the collapsing towers is not historical per se, the place names and the names of the people involved are real.

9 Geoffrey Of Monmouth’s Information Is Sound 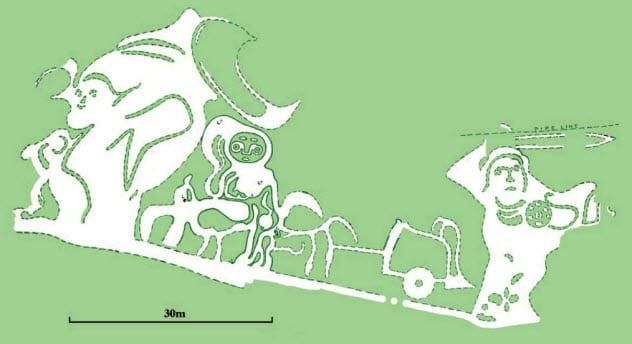 Since 1198, the historical accuracy of Geoffrey of Monmouth’s work has been discredited because of inconsistencies and mistakes that could be the result of translation errors or Geoffrey’s geographical errors. Beginning in the 20th century, scholars defended Geoffrey, pointing to the existence of valid written and oral materials in his time for him to draw upon. As he was a careful chronicler, much of Geoffrey’s information can be seen as sound.

For example, archaeologist T.C. Lethbridge used Geoffrey’s descriptions of ancient giants in Britain to uncover the giant chalk figures in the Cambridgeshire hills. Another example is an inscribed pillar stone found in Ireland that supports Geoffrey’s information that Vortigern’s son had fled to Ireland. 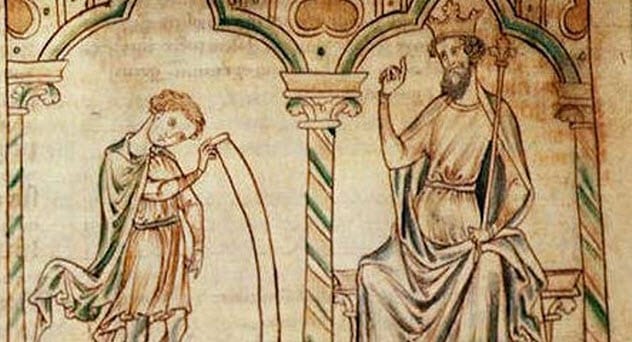 In History of the Kings of Britain, Geoffrey names Merlin as the source of the information that he has translated from British into Latin. In a letter to Alexander, bishop of Lincoln, Geoffrey writes, “The regard which I owe to your great worth, most noble prelate, has obliged me to undertake the translation of Merlin’s prophecies out of British into Latin.”

Throughout the years, scholars have doubted Geoffrey’s claims that his source for the History of the Kings of Britain could have been an authentic sourcebook written in the native British tongue. However, as Norma Lorre Goodrich points out in her book King Arthur, Geoffrey knew Brythonic.

In addition, Geoffrey claimed that his source material for the History of the Kings of Britain was a “small book” lent to him by a churchman at Oxford. Charlotte Guest, who translated ancient Welsh texts into English, wrote that many of her sourcebooks were little books of about 8 centimeters (3 in) by 15 centimeters (6 in).

Given the credence of the tales in the light of modern scholarship and interpretation, it is not outlandish to suppose that the information ascribed to Merlin by Geoffrey was exactly what Geoffrey claimed it was. 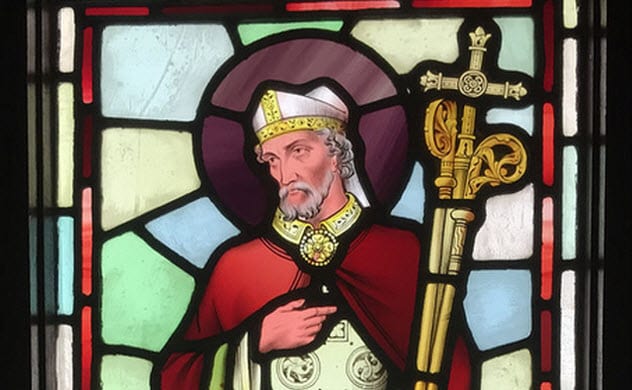 In her book Merlin, Norma Lorre Goodrich makes the case for Merlin and the Archbishop Dubricius being one and the same person. Merlinus Dubricius Ambrosius, the historical personage, was the Merlin who crowned Arthur king at Carlisle, established the church and priory at Llandaf, and created centers of learning and astronomy.

As Goodrich relates, both men were born into a priestly, Celtic family and had unknown fathers. Both were also prodigies and were unmatched in intellectual brilliance, learning, and wisdom. For reasons of its own, the Roman church co-opted Merlin into the pantheon of its saints.

Merlin became a myth while the historicity of St. Dubricius is not questioned. 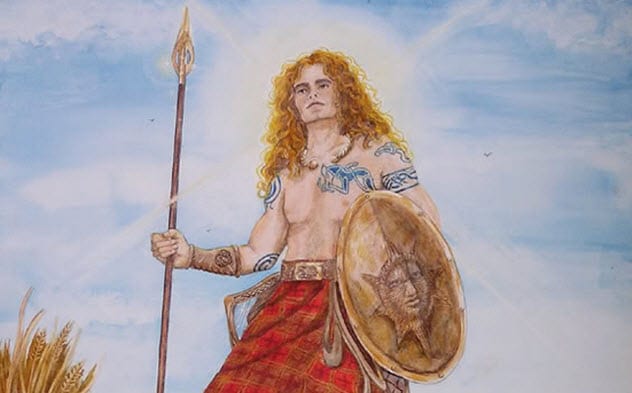 As early writings about Merlin link him to ancient Celtic worship of the god Lug, Nikolai Tolstoy asserts that the Merlin tales reflect a real figure behind the myth. That figure, Merlin, was an earthly representative or priest of Lug.

In the Welsh poem Cyfoesi Myrddin (probably composed before AD 1100), Merlin foretells the succession of kings after King Rhydderch. Merlin uttered these prophecies “in his grave,” which means Merlin is speaking from the otherworld. Similarly, appearing to Conn, Lug reveals the succession of the kings of Ireland.

These and other similarities suggest to Tolstoy that there was a real Merlin figure who stood for Lug in the Celtic spiritual practices of that time.

5 Merlin Went Mad After The Battle Of Arderydd 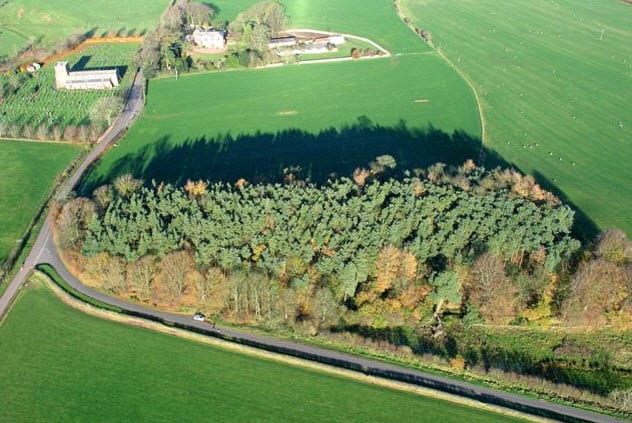 North of Carlisle in Scotland, the Battle of Arderydd was fought in the second half of the sixth century. Geoffrey of Monmouth tells that after this battle in which his lord Gwenddolau is slain, Merlin goes mad and retreats into the woods to live, “forgetful of himself . . . lurking like a wild thing.”

This tale refers to Myrddin, who came after King Arthur’s Merlin. Not only has the site of the battle been identified by the historian W.F. Skene, but Nikolai Tolstoy has placed Myrddin’s retreat at a spring known as Hartfell Spa.

4 Merlin Was A Druid 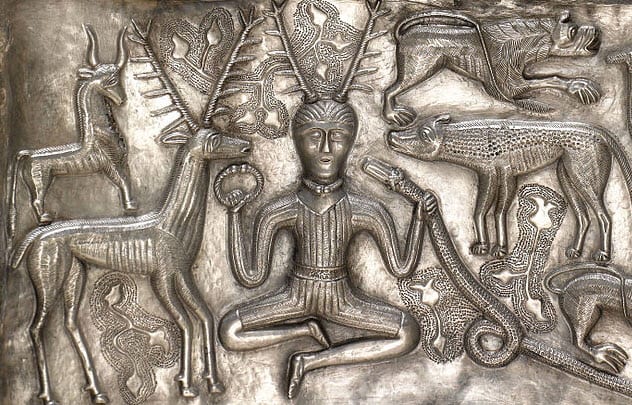 In his book The Quest for Merlin, Nikolai Tolstoy explains that the Battle of Arderydd was fought as Christianity was overthrowing the pagan power of Dark Age Britain.

The Myrddin of Welsh poetry was a druid, and druidic associations abound in the Myrddin poetry. The “sweet apple tree” mentioned by Myrddin hid him from the rival king, Rhydderch. In addition, Myrddin is a prophet and shape-shifter who is associated with Cernunnos, the horned god and leader of the Wild Hunt.

3 Merlin Was A Dark Ages Soothsayer 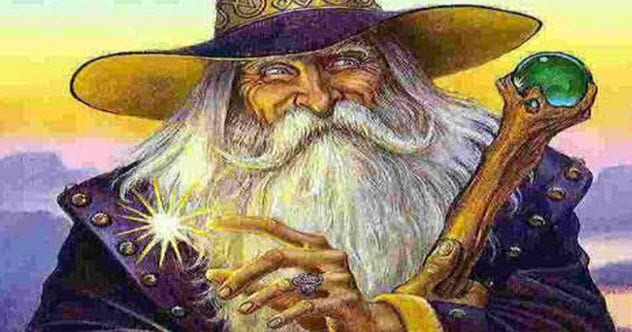 Merlin was a historical prophet of the sixth century. As evidence, Nikolai Tolstoy cites a passage from The Life of St. Samson. Anna, the mother of St. Samson, and her husband go to see a soothsayer who is “a man sought out from many regions because all who had consulted him were assured of the truth of all he told them.”

As Tolstoy points out, this is significant because it is from an authentic, historical document that describes a contemporary figure of the fame and ability of Merlin.

2 Merlin Prophesied The Time Of His Own Death 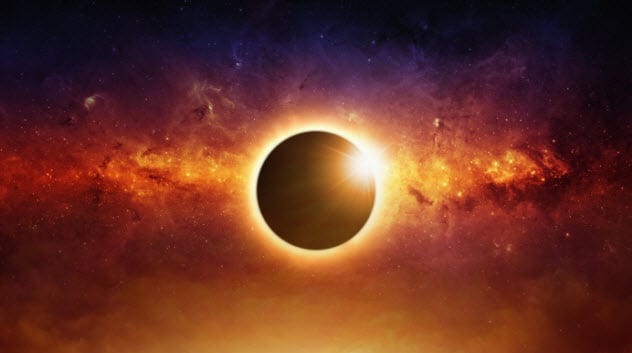 In the Huth Merlin manuscript, Merlin predicted that the Earth would be darkened in the middle of the day at the time of his death. According to the work of an Austrian astronomer, 8,000 solar eclipses occurred or will occur between the years 1207 BC and AD 2161. The one numbered 4,143 was visible in Britain on September 1, AD 536. This was the eclipse that occurred at the time of Merlin’s death.

1 Merlin Was Buried At Bardsey Island 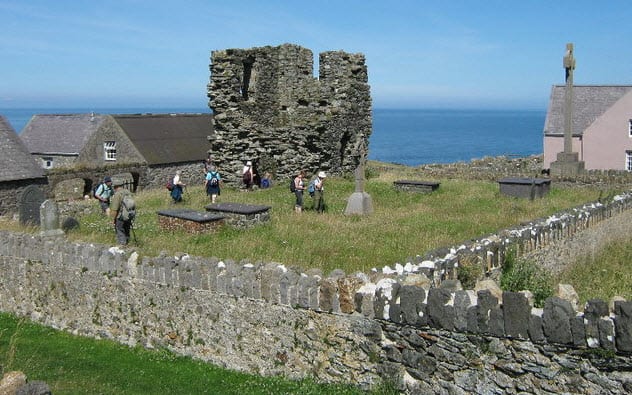 If Merlin is indeed the Archbishop Dubricius, then The Text of the Book of Llandaf tells that he was originally buried at Bardsey Island, where he lived “among the bones and bodies of martyrs and 20,000 saints.” His remains were taken to Llandaf in 1120.

Bardsey was a burial place for “the Treasures of Britain,” those of royal and priestly blood, warriors, and the nobility. 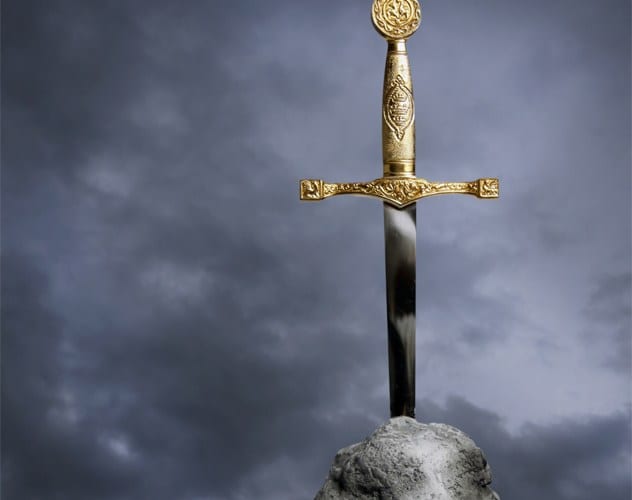 For more tales of mystery, magic, and history, check out the following lists from our archives:

10 of the Fiercest Orders of Medieval Knights