It must be difficult for history teachers; it can’t be easy teaching classic mythology to middle schoolers and trying to find artful ways to skip ahead every time Zeus looks at a particularly attractive animal.

Early civilizations didn’t share our prudishness. The ancient myths that made up classic religions were full of obscene and ridiculous stories. Your teacher might have left enough slip by to let on that Zeus slept with everything he saw, but that’s only the tip of the iceberg. Some of the other classic myths are filthier than anything you’ve ever heard.

10 The Egyptian Creation Myth Starts With A God Pleasuring Himself 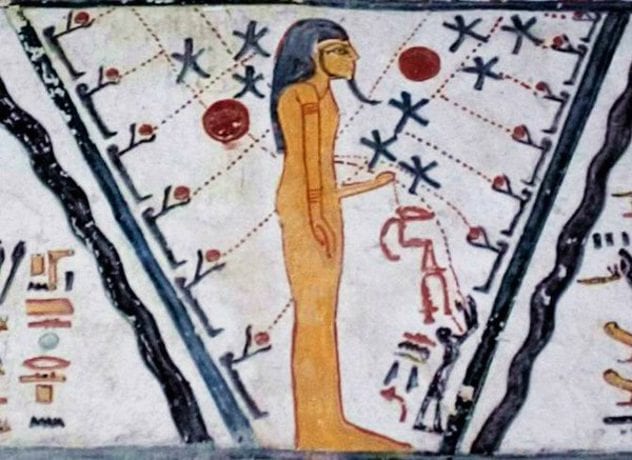 The Egyptians had more than one version of their creation myth, but one in particular stands out. It starts sort of like the Bible but with a little extra detail that will probably never show up in a middle school curriculum:

In the beginning, the story says, there was nothing, until the first god, Atum, was created. Atum was both genders, with a “female part” in his hand. He created the first gods and then declared to the universe, in graphic detail, exactly how he did it.

“I had union with my hand,” Atum announced. “I poured seed into my own mouth, and I sent forth from myself issue [meaning he spat out his seed] in the form of the gods Shu and Tefnut.”

And so the universe began. 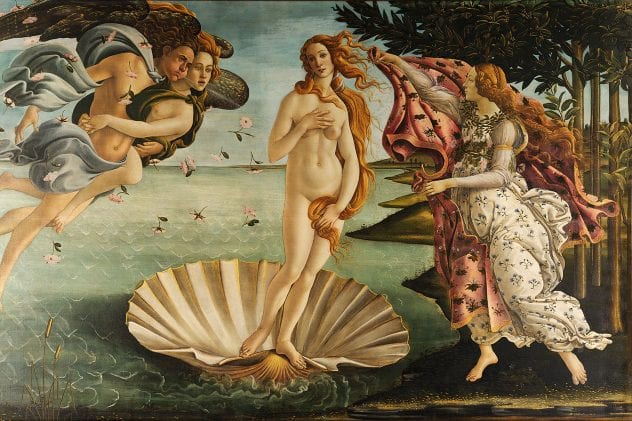 Aphrodite’s origin story starts with her father, Uranus, being castrated by his own son. Uranus had given birth to monsters like cyclopes, and wanting to put an end to his terrible children, Gaia had him castrated. Uranus’s son Cronus did the deed, and he threw his father’s genitals into the sea.

When Uranus’s organs hit the sea, they started to fill it with a “white foam.” The myths never exactly explain what that white foam was, but it’s probably exactly what you’re imagining—because from that white foam, Aphrodite, the goddess of love, was born. 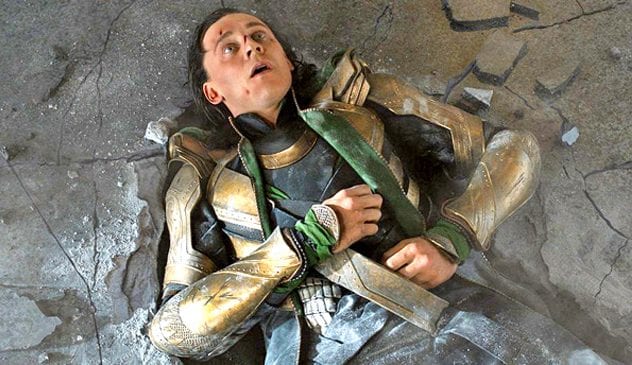 A classic Norse myth starts with the gods throwing a party to celebrate murdering the giant Thjazi. The party comes to a halt, however, when Thjazi’s daughter, Skadi, shows up. She has come to get her revenge, but somehow, the gods manage to convince her to take a few offerings instead and call the whole killing-her-father thing even.

Odin throws Thjazi’s eyes into the sky and makes them stars, Njord agrees to marry her, and Loki is tasked with making her laugh, which he does in the craziest way imaginable. He ties a rope to a goat, whips off his pants, and ties the other end to his testicles. Then he starts a game of tug-of-war against the goat.

Skadi can’t help but chuckle, and the whole thing becomes water under the bridge. 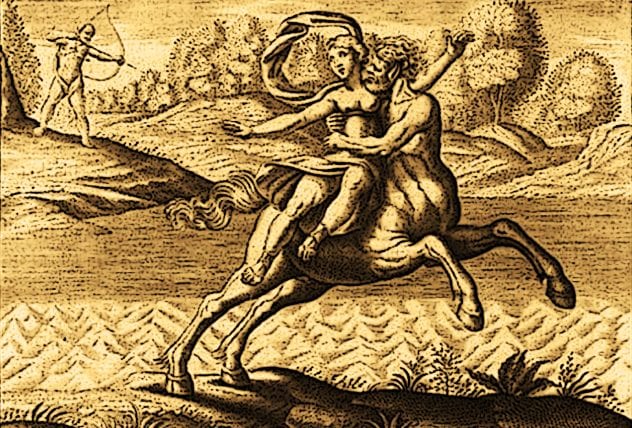 The story of the centaurs starts with the Greek god Ixion trying to rape Hera. Zeus finds out about his plan, and he tricks Ixion by making a cloud that looks like Hera. Ixion, thinking he’s in bed with Hera, has sex with the cloud . . . and the cloud gets pregnant. The centaurs are born from the cloud, meaning that centaurs are the product of a god having relations with a cloud that wasn’t consenting.

The centaurs live up to their father’s reputation; almost all of them are sexual predators. One notable one, Nessus, even tries to do it with Hercules’s wife. He fails, and she kills him, but in his last moments, he still manages to be inconceivably horrible. Nessus gives her poison, pretending it’s a love potion, and tells her to use it on Hercules. He spends his dying breath telling her that for it to work, “she should mix it with [my] semen.”

6 Norse Legends Tell Of Trolls Who Urinate Into Wells 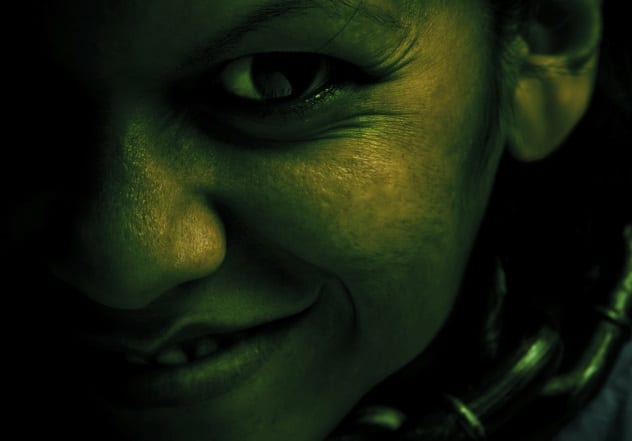 In a classic Norse legend, the great sea-king Hrolfr encounters a troll called a “Brunnmigi.” The Brunnmigi is a part of an entire category of trolls, named after the one act they partake in above all others—peeing into wells and fountains.

This isn’t just a story about a one troll peeing in one fountain; an entire species of creatures is defined by peeing into wells. Birds fly, fish swim, and Brunnmigi pee in wells.

Hrolfr, though, doesn’t seem particularly concerned. He and his men gather water from the well the Brunnmigi is peeing into anyway—and they drink it.

5 Osiris’s Penis Is Eaten Off By Fish 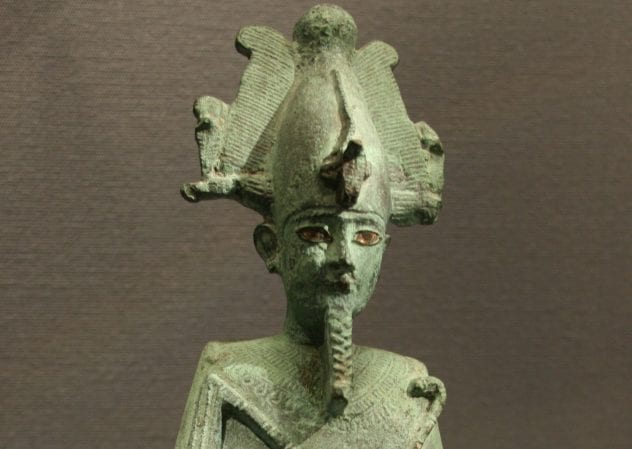 In the Osiris myth, Osiris leaves Egypt for a while and comes home to a less-than-friendly welcome. His brother, Set, wanting to steal his throne, attacks him with a group of assassins, locks him in a coffin, and throws it into the Nile.

Osiris’s wife, Isis, is distraught, and she uses magic to find the coffin . . . but not quickly enough. Set, wanting to keep her from finding her husband, tears his body into 14 pieces and scatters them all around Egypt.

Isis manages to track down every piece of her lover except for one—his penis. Nile fish, we are told, have eaten his penis, and it can’t be recovered.

Still, Isis manages to create a new heir to keep Set from taking the throne. She gives birth to Horus by using her magic to give Osiris a few more moments of life—just enough time for her to have sex with her zombified husband.

4 Priapus Has A Permanent Erection 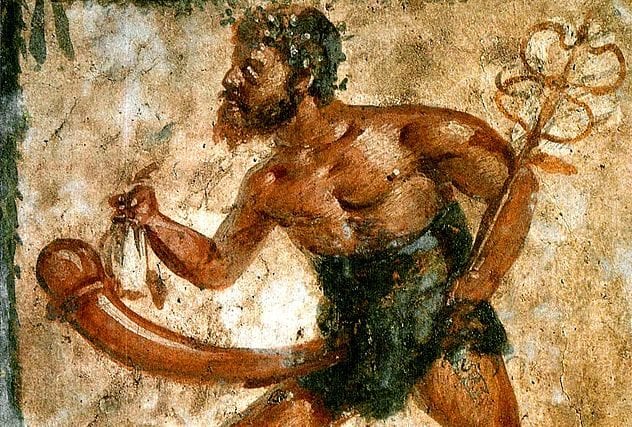 Priapus’s unique look comes from Hera cursing Aphrodite’s womb, causing her to give birth to a child with “genitals rising above his butt.” He is permanently erect, and, in every story about him, spends his time trying to have sex with something.

It’s a strange story, but it’s not even a unique one. Priapus was probably copied from the Egyptian god Min. Min is the patron of male sexuality, and he is usually depicted with an erect, uncovered penis, typically held in his left hand. Min is the god of both fertility and, of course, lettuce. 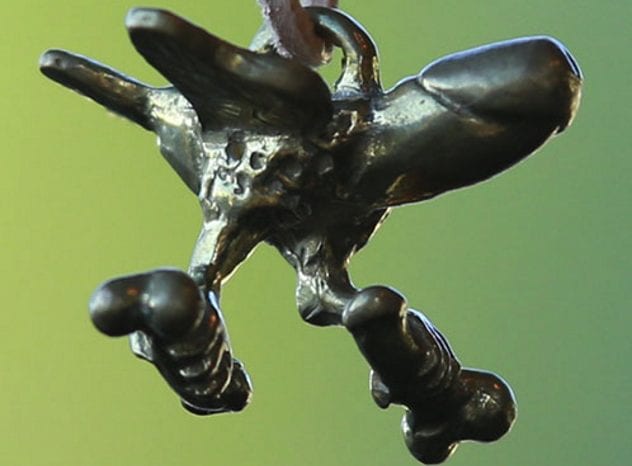 There’s a Roman god mentioned in the writings of Pliny that we don’t have very much information about. Pliny refers to “Fascinus,” a god who protects people against evil eyes, and tells us that warriors would attach his symbol underneath their chariots to ward off envy. Historians don’t know for sure what Fascinus looked like, but every sign suggests that he was a giant, flying penis.

Romans carried talismans called fascinum, which were almost certainly the symbol of Fascinus. These were symbols of winged penises, sometimes even depicted with talons gripping two more penises.

Fascinus is also, incidentally, where we get the English word “fascinate.” So, next time you point at something and call it “fascinating,” make sure it’s worth it because if it isn’t as interesting as a flying penis, it probably doesn’t live up to its namesake. 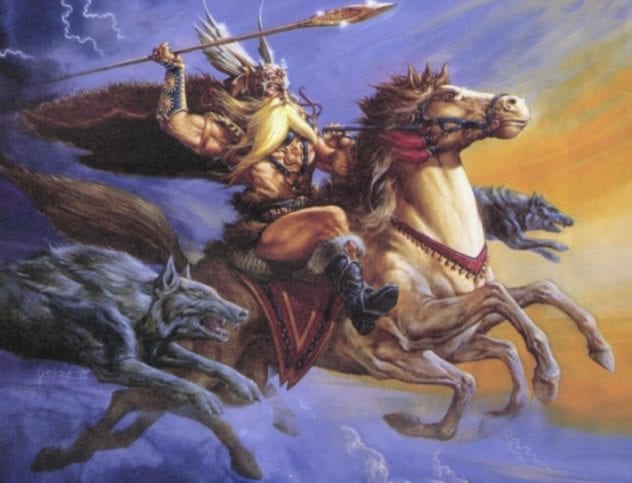 In one Norse myth, the gods make a deal to let a giant marry a goddess if he can build them a wall in a single winter. When it looks like the giant will actually succeed, the gods get nervous . . . until Loki comes up with a plan to stop him.

Loki turns into a mare, starts flirting with the giant’s horse, then gets the horse to chase him. Without his horse, the giant can’t finish the wall in time. Thor bashes his head in for good measure, and the Norse gods are saved from the terrors of having to hold up their end of a labor contract.

Loki, though, doesn’t get away from the giant’s horse. He spends the night with the male horse, gets pregnant, and gives birth to an eight-legged horse. Loki’s baby isn’t even a small part of Norse mythology; it’s Sleipnir, the horse ridden by Odin.

1 Horus And Set Had A Semen Fight 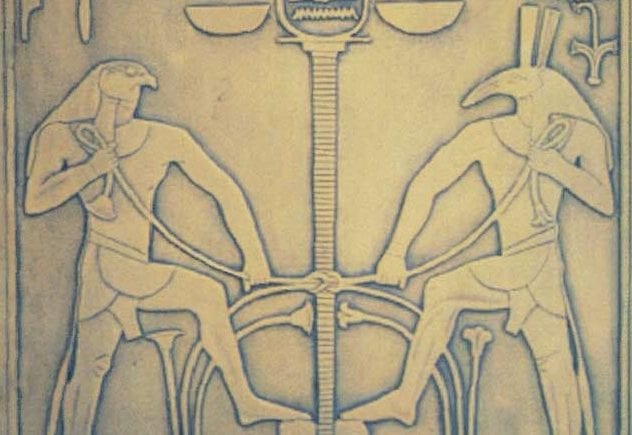 Photo via Travel to Eat

The strangest myth of all comes from Egypt, and if you had trouble with any of the other stories, you might want to stop reading here.

After Horus takes the throne, Set still isn’t happy, and he comes up with a plan to take it from him. The Egyptians believed that anyone who had been used like a woman couldn’t be king, so Set sexually assaults Horus in the night to ruin his claim to the throne.

Horus shows his stained hands to his mother, Isis, and Isis does what any good mother would do. First, she chops off her son’s hands. Then she “causes Horus to become stiff” and makes him fill a pot full of his seed. Isis pours the pot into Set’s lettuce. Set eats it, not realizing what the dressing is, and becomes pregnant with his nephew’s baby.

The two go in front of a court, where Horus proves that Set is pregnant with his baby, and since the handless Horus has destroyed the evidence of Set’s abuse, Horus keeps the throne. 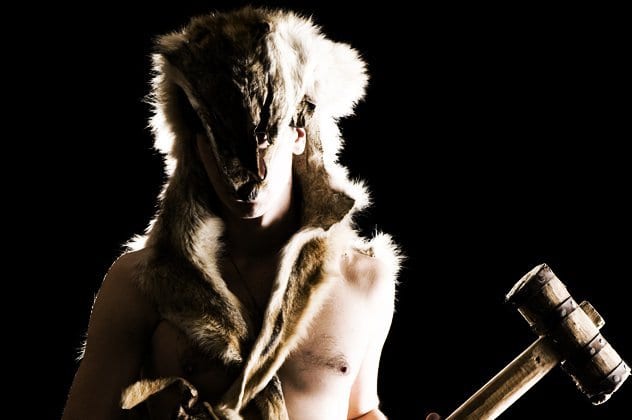 And now for your reading pleasure, more mythology from the archives, but this time it’s G-Rated!