When it comes to politicians, policymakers, and those in the public eye, we generally don’t want to believe the worst. Even when the reality of wrongdoing is almost impossible to deny, it can still be hard to accept.

The following people have stories to tell that are not easy to hear. Although many are not 100 percent verified, all appear to confirm our worst fears about the public figures and institutions involved. 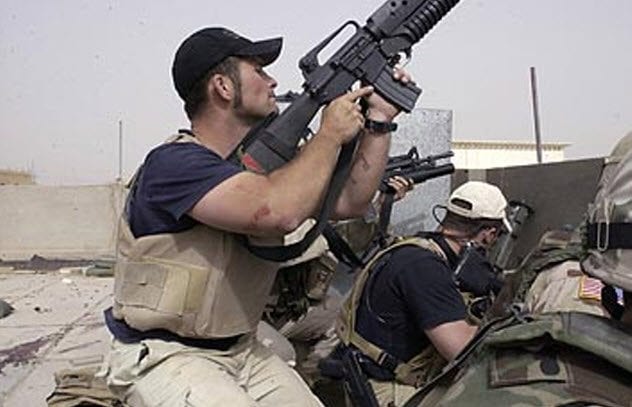 The shady CIA hit man has long been a staple of fiction, but we like to hope that the agency doesn’t actually carry out wantonly illegal contract killings. In 2009, many Americans missed it when former CIA director Leon Panetta revealed to Congress that President George W. Bush had authorized a top secret assassination squad after 9/11. It was to be run by private firm Blackwater under the authority of the CIA.

Its purpose was to seek out and kill Al-Qaeda operatives. In 2010, the squad received continued support from President Barack Obama when Blackwater executives were linked to illegal arms trafficking. The Obama administration filed a motion to suppress evidence in the case on national security grounds. The firm was subsequently awarded a $250 million contract extension to perform “unspecified services” for the CIA. 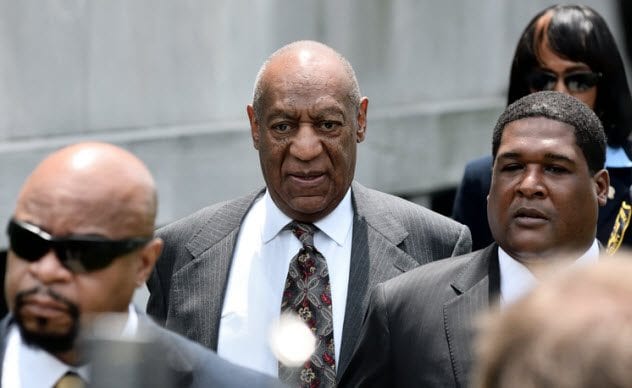 Over the last several years, more than 50 women have accused entertainment icon Bill Cosby of sexual assault. Although it’s difficult to imagine that so many women could be lying, it’s almost more difficult to think that such a fatherly figure could be capable of such behavior.

In 2016, former NBC employee Frank Scotti told People magazine that Cosby had groups of young models sent to his dressing room throughout the 1980s and ’90s. Each time, Cosby selected one woman and sent the rest away.

Scotti was instructed to close the door and not let anyone in. Afterward, he paid off the shaken young women with satchels of $100 bills provided by Cosby. Scotti said, “I felt dirty. [ . . . ] I felt like a pimp.”

Lawyers for the star insist that 90-year-old Scotti is simply seeking his brief time in the spotlight. 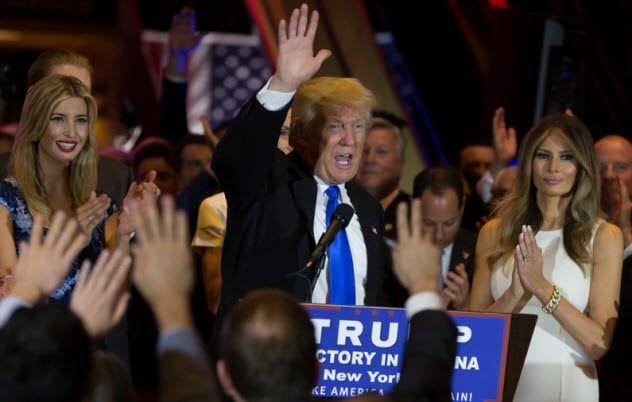 Since Donald Trump’s entrance into the 2016 US presidential race, pundits have speculated that his was a protest candidacy and that he neither expected nor intended to win. According to Stephanie Cegielski, former strategist for a Trump super PAC, this theory is more on the nose than anyone suspected.

Initially, Cegielski supported Trump’s candidacy enthusiastically. In March 2016, however, she told The Washington Times that it became clear that the primary purpose of the campaign was to increase Trump’s stature as a businessman. Cegielski also said that Trump had never expected to do so well in the primaries and that he did not want the White House—at least not at first.

7 Paul Haggis
Scientology Is A Cult 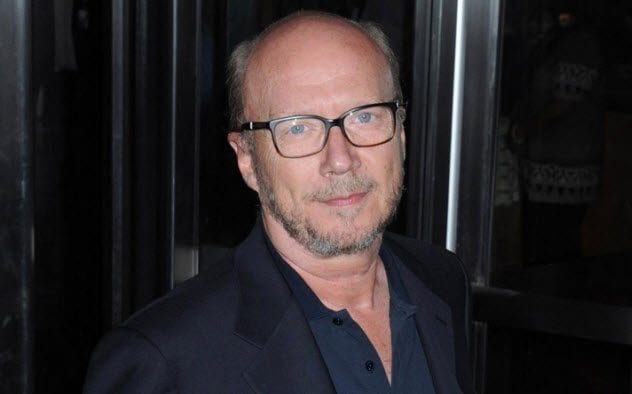 The Church of Scientology has long struggled to be recognized as a religion. Scientologists positively glow when describing the benefits of their faith and downplay its more well-known and bizarre aspects.

Oscar-winning director Paul Haggis, a Scientologist for 35 years, describes the organization flatly as a cult. He explains that progression through its “levels” is a means to indoctrinate participants into its strange beliefs (which, yes, they truly believe). Haggis also recounts frightening harassment online and in person by Scientology officials after his resignation from the church in 2009.

Haggis verifies the church’s legendary reputation for attempts to publicly discredit and demonize former members. In fact, it is impossible to find information about Haggis online without encountering paid ads from Scientology-based organizations with titles like “The Truth About Paul Haggis.” 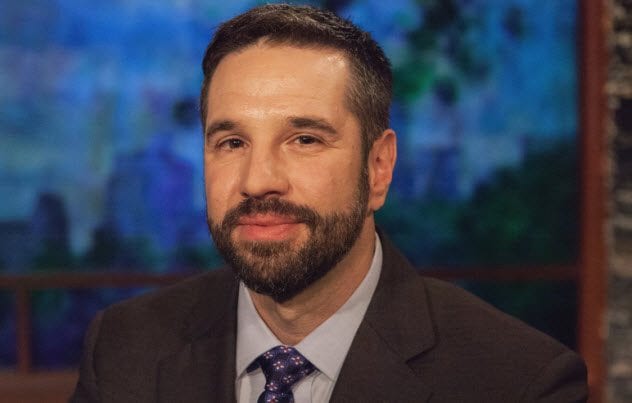 Matthew Hoh, a former captain in the US Marine Corps, had served in uniform at the Pentagon and seen combat in Iraq. But his latest assignment at the foreign service ended after barely a year. When he resigned his position, Hoh penned a scathing letter to his department head decrying the ongoing Afghan war.

In the letter, Hoh lamented that he no longer saw the strategic purpose of the United States’ presence in Afghanistan, believing that it actually fuels the insurgency instead of helping to quell it. Hoh also stated, “My resignation is based not upon how we are pursuing this war, but why and to what end.”

American families, he wrote, “must be reassured their dead have sacrificed for a purpose worthy of futures lost, love vanished, and promised dreams unkept. I have lost confidence such assurances can be made anymore.”

Although the 2013 documentary Blackfish sent a wave of hostility crashing down on SeaWorld, many former employees said that they had never seen the types of abuse and conditions depicted in the film or that scenes were taken out of context.

However, according to former SeaWorld employee Sarah Fischbeck, captivity was literally driving the orcas at her park insane. They turned on each other, tearing off long, rubbery flaps of skin which were found in the pool.

Some orcas fled from such aggression by finding ways over locked barriers and into areas where unsuspecting employees could be threatened. These animals even tore apart birds that found their way into the enclosures—not for food but seemingly out of sheer rage.

The horror stories go on and on—drugging whales with Valium, constant aggression toward the divers, and even a mother whale killing her calf. “If people knew what I know or saw what I have seen,” said Fischbeck, “they wouldn’t sell another ticket.” 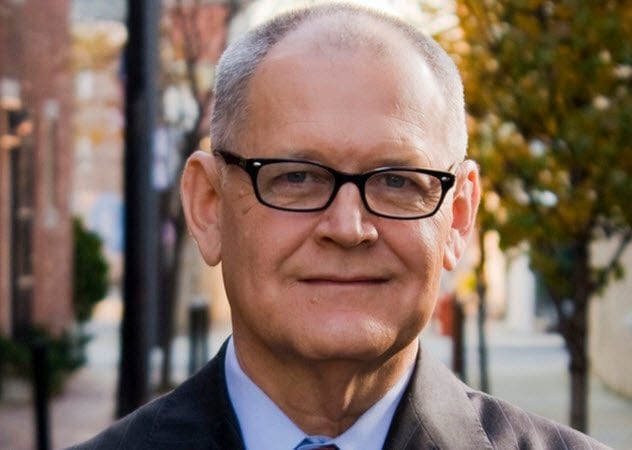 Wendell Potter does not have any information that is not already public knowledge. “I have no intention of disclosing any proprietary information,” he says, although he could.

As the former head of corporate communications for healthcare giant Cigna, Potter has a better grasp on how the industry functions than most. He just thinks that certain policies could use more exposure—policies like dropping expensive-to-cover policyholders with preexisting conditions and other policies that reveal the healthcare industry to be highly profit-driven.

In 2007, Potter resigned his position after a highly publicized case in which Cigna declined to cover a liver transplant for a 17-year-old girl. She later died.

Since then, he’s been patiently dedicated to laying out the case for healthcare reform through his blog and speaking engagements. In 2009, he testified before Congress, specifying a variety of techniques which healthcare corporations employ to protect their bottom lines at the expense of the sick. 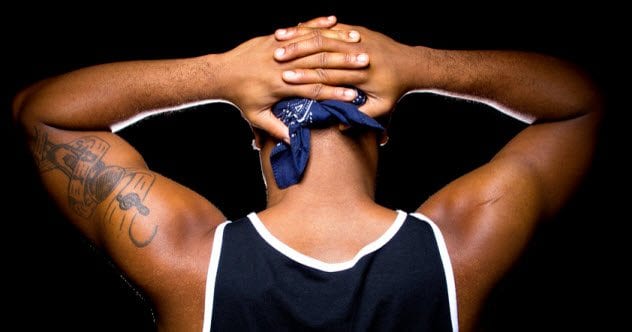 For the last several years, the debate over whether a culture of racism exists among policing institutions has reached a boiling point. Many tend to see either a completely corrupt system or “a few bad apples.” However, according to former Baltimore police officer Michael Wood Jr., police misconduct is widespread and shocking in its audacity.

After resigning in 2014, Wood posted a series of tweets describing behavior that he had witnessed on the job. He elaborated on these allegations to the BBC. They include beating up suspects for no reason, deliberately targeting only 16- to 24-year-old black males, and routinely defecating and urinating on suspects’ furniture and carpets and then blaming it on their dogs.

The Baltimore Police Department called the allegations “troubling” and encouraged Wood to file official reports, which Wood claims would be moot as officers reporting this type of behavior within the department is “unheard of.” 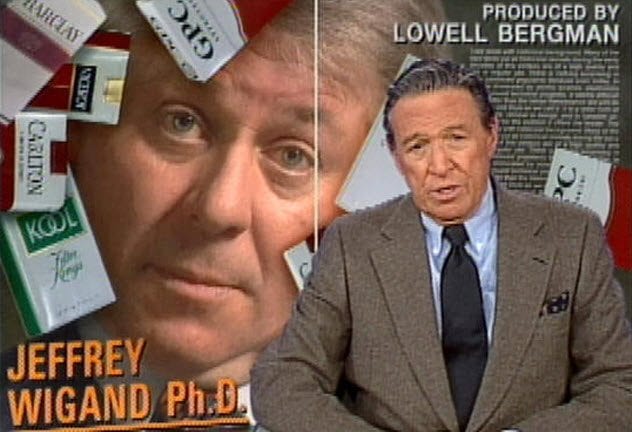 Former Brown and Williamson Vice President Jeffrey Wigand is considered to be the biggest turncoat in the history of the tobacco industry. In the mid-1990s, Wigand very publicly begged to differ as tobacco executives sought to publicly downplay the harmfulness and addictive nature of their product.

Wigand told TV news magazine 60 Minutes that he had been fired as VP of Research and Development because he became aware that carcinogenic and addictive compounds in his company’s products were being artificially elevated. Fearing a lawsuit, CBS kept the interview under wraps for a year. They finally broadcast it in 1996.

The subsequent media attention and public outcry led directly to congressional hearings that resulted in the Tobacco Master Settlement Agreement in which tobacco manufacturers agreed to pay a $206 billion settlement over 25 years. 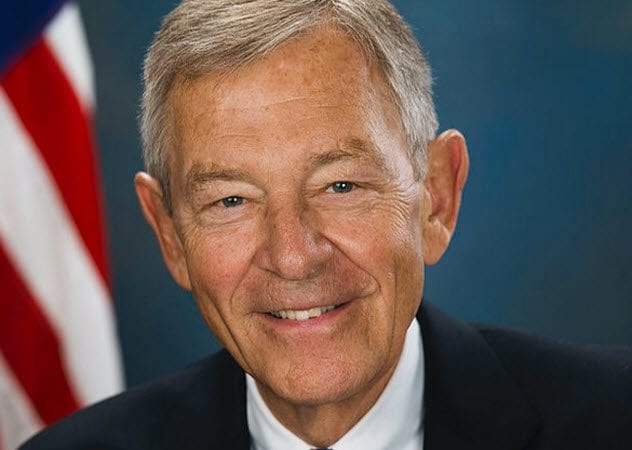 It’s no secret that the Republican-led Congress opposed virtually every action initiated by US President Barack Obama during his administration. While a particularly partisan response to this president was not entirely unexpected, former Republican Senator George Voinovich has gone on record as stating that the opposition was total—and mandated by Senate leader Mitch McConnell.

In a book by author Michael Grunwald, Vice President Joe Biden related that seven Republican members of Congress had flatly told him from the administration’s outset that there would be no cooperation and that McConnell had demanded “unified resistance.”

Voinovich articulated the position much more plainly: “If [Obama] was for it, we had to be against it. [ . . . ] All [McConnell] cared about was making sure Obama could never have a clear victory.”