The United States is a country thanks to one of the most well-known conflicts in history: the American Revolution. Yet the United States continued to be involved in military matters at home and abroad for centuries to come, many of which aren’t taught at all in American schools. 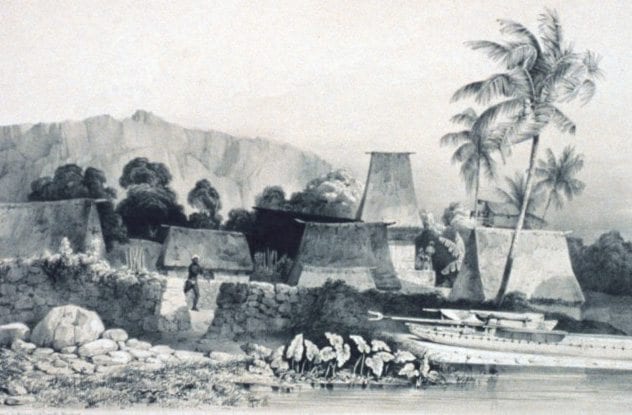 There were two Fiji expeditions: the first in 1855 and the second in 1859. The first expedition responded to damages on American property that occurred during the Fijian civil war. A US warship with a detachment of marines was sent to obtain compensation from Seru Cakobau, the self-proclaimed king of Fiji. When Cakobau couldn’t pay, troops clashed with native warriors and successfully routed them.

The second expedition was ordered after two American traders were killed and cannibalized by natives on the Fijian island of Waya. A force of 10 marines and 40 sailors was dispatched, armed with carbines and swords as well as one 12-pounder howitzer cannon. The plan was to attack the mountain village of Somatti, forcing the natives into combat.

The commander of the expedition, Lt. Caldwell, wrote in his journal, “It was a novel undertaking to assault and destroy a mountain tribe in their stronghold with a party of Seamen.” The journey up the mountain proved more treacherous than the group had anticipated, and they were forced to abandon the howitzer. Once they reached the village, they found the natives waiting for them ready to fight.

A pitched battle ensued, in which the expeditionary forces successfully defeated a force of nearly 300 Wayan warriors, mostly armed with clubs and bows, in what became known as the Battle of Somatti. 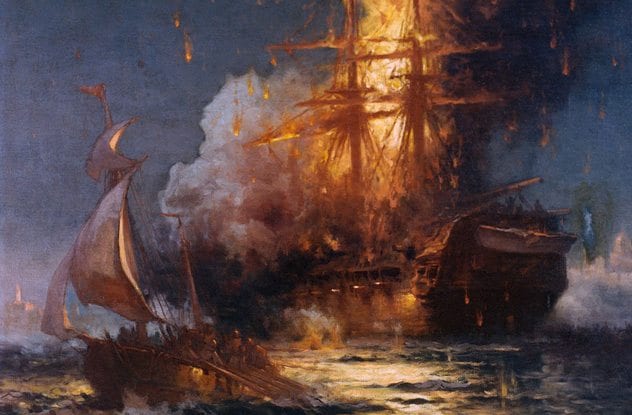 The Barbary Wars occurred in the early 19th century and was fought between the United States and what was referred to as the “Barbary states.” These were the North African Muslim states and cities such as Tripoli and Algiers, which were technically under control of the Ottomans but acted relatively autonomously. Problems arose when pirates from these areas began to attack US merchant ships and demanded tribute from the United States in exchange for safe passage.

Following the American Revolution, the United States did not have the navy presence or the funds necessary to raise a navy capable of repelling the pirates, so instead, they paid tribute. However, these payments only encouraged the pirates to capture more American ships, taking their crews hostage. Things changed when, under the presidencies of Thomas Jefferson and James Madison, the United States refused to pay.

By this point, the US Navy was a more capable fighting force, and naval fleets were sent into the Mediterranean to fight the pirates and protect American merchant ships. The operations were successful, and the threat of piracy was greatly reduced.

In the wake of the Spanish-American War, the Spanish ceded the Philippines to the United States in 1899. Most Filipinos were not happy about occupation, and several armed conflicts broke out.

In the southern Philippines, one group known as the Moros was particularly troublesome. The Moros were Muslim Filipinos who had a long history of resisting imperialism. The Americans tried to assimilate them and put an end to some Moro practices they saw as unacceptable, such as slavery. The Moros openly resisted, and from 1901–1913, the Moro Rebellion raged. They often fortified mountains and volcanoes and were prone to launch “berserker”-type attacks.

The Rebellion officially ended in 1913 after a particularly bloody battle known as the Battle of Bud Bagsac, in which the American troops killed all 500 Moros defending the mountain of Bagsac. Brigadier General John Pershing, the commander of the US troops, described the battle of Bud Bagsac, saying, “The fighting was the fiercest I have ever seen . . . they [Moros] are absolutely fearless, and once committed to combat, they count death as a mere incident.” 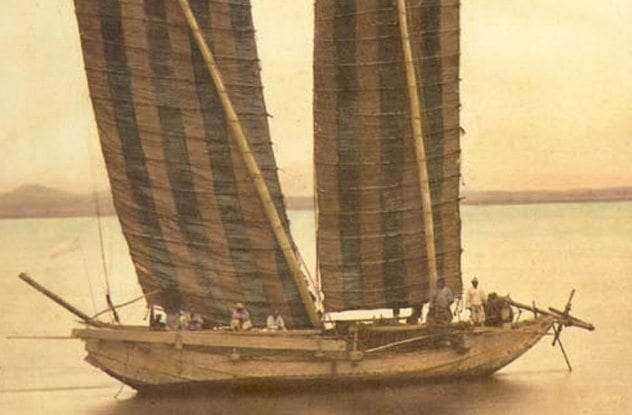 In 1871, a US Navy squadron was sent to Korea to establish trade relations and investigate the fate of the American ship General Sherman. The General Sherman was a merchant ship conducting business in Korea. In 1866, after accidently grounding, it was attacked by the Koreans, and its crew were massacred. The Navy squadron was subsequently fired upon by a Korean fort for unknown reasons. The United States demanded an apology within 10 days, and when none came, an assault was launched.

The Koreans had several forts and shoreline batteries along the Gangwha Strait that proved to be easy targets for the attacking forces. The Navy shelled and assaulted these fortifications, taking them with relative ease due to the outdated weaponry of the Koreans. The largest battle took place on June 10, when US troops attacked and captured the Gangwha Citadel. Close-quarter fighting ensued, leaving hundreds of Koreans dead. The US troops left, and by 1882, friendly relations were opened once again.

6The Invasion Of Grenada 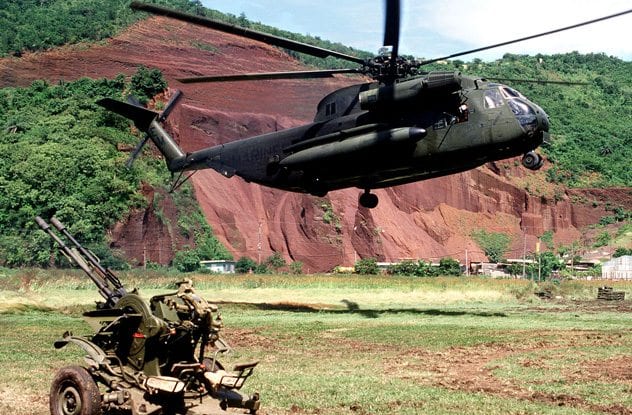 In 1983, a communist coup took place on the Caribbean island nation of Grenada. The coup was supported by Cuba, who sent troops to help take control of the country. In the wake of the power struggle, the new communist government suspended civil rights and began to take political prisoners. The Reagan administration, opposed to the spread of communism and concerned for the safety of 600 US medical students in the country, launched a military intervention.

Several Rangers, Navy SEALs, and marines were quickly deployed to take control of the island. In total, about 6,000 troops were involved. The communist resistance was defeated in a matter of days, and Grenada returned to democratic elections in 1984. 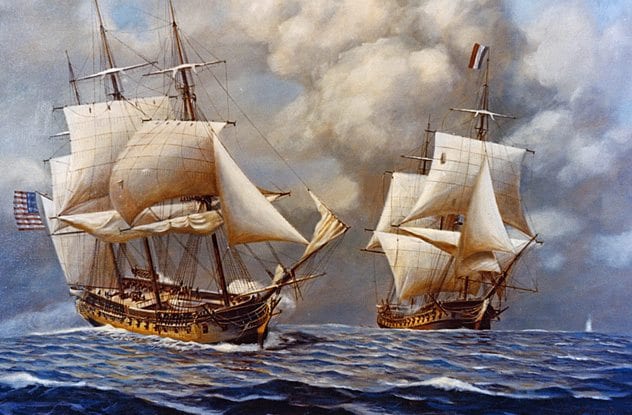 In 1798, after attempts at negotiation failed, the United States deployed its navy to combat the French threat, thus beginning the Quasi War. For the next two years, the two nations battled each other on the high seas throughout the Atlantic and the Caribbean. Hostilities concluded in 1800 with the signing of the Convention of 1800.

4The Battle Of Ambos Nogales 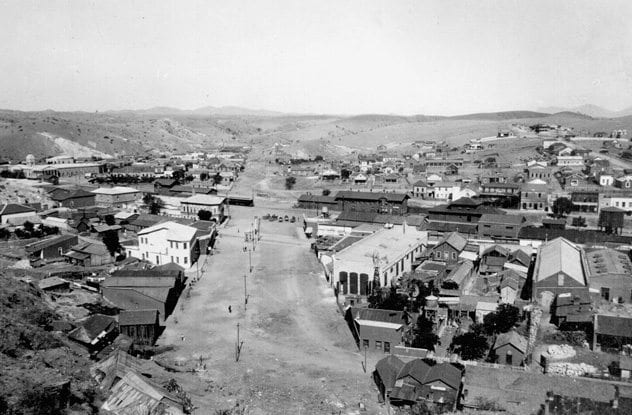 In the early 20th century, tensions were high at the Mexican-US border. Skirmishes between US troops and Mexican bandits and Mexican troops had led to an increased military presence on the border. The publication of the Zimmermann Telegraph, a proposed alliance between Germany and Mexico, only served to heighten American anxieties.

Things boiled over on August 27, 1918, when a dispute between Mexican and US custom agents broke into an all-out battle in the town of Nogales, right on the border with both US and Mexican residents. The fighting was chaotic but ended only hours later when a ceasefire was called by the two governments. Many people on both sides died or were wounded in the battle. 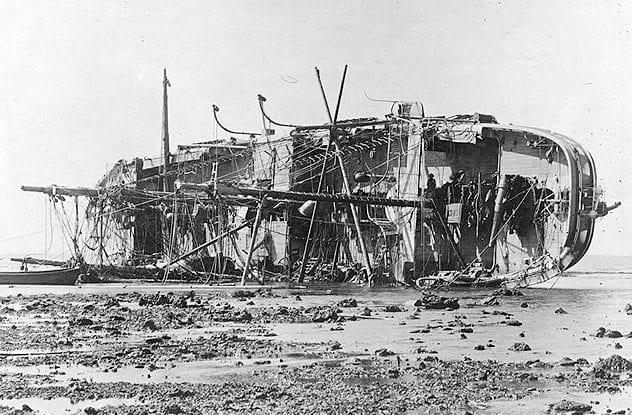 Between 1886 and 1899, the islands of Samoa in the Pacific Ocean were locked in a series of civil wars over who was to be king. The United States, Britain, and Germany all had vested interests in Samoa for commercial and territorial reasons and became involved in the conflict, each sending several warships. This resulted in a naval standoff over who had control of the islands, for years known as the “Samoan Crisis.”

During the Second Samoan Civil War, the United States and Britain fought alongside Samoan troops against German-backed Samoan rebels, who wished to make Mata’afa Iosefo their king. After a series of battles and skirmishes, the United States, Britain, and Germany came to an agreement in 1899 known as the “Tripartite Convention,” in which they abolished the Samoan monarchy. Samoa was subsequently divided, with the Eastern Islands becoming US territory and the Western islands becoming a German colony. 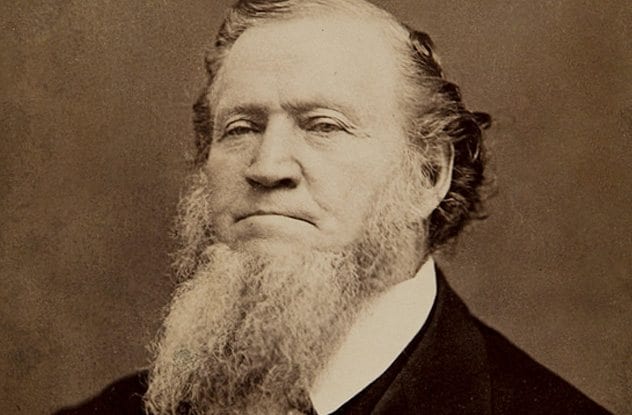 Since the founding of Mormonism in 1830, the group often found itself in conflict with the United States government. In 1847, after a series of particularly violent episodes in Missouri and Illinois, many Mormons under the direction of their leader Brigham Young began to move west in hopes that isolation would secure their religious freedom. Thousands settled in the what is today Utah. In 1850, Congress created the “Utah Territory” and appointed Brigham Young as its first governor.

In 1857, newly elected president James Buchanan found the power Young had over the Mormons unsettling and ordered his removal from office. Afraid of resistance, he sent 2,500 troops to the territory to ease the transition. However, this only increased tensions. In response, Young raised a sizeable militia and began to terrorize the US troops by burning their supplies and stealing their cattle. Open conflict between the two sides almost broke out several times. However, the “war” ended in 1858 after Buchanan and Young agreed to terms of peace.

1The Battle Of Negro Fort 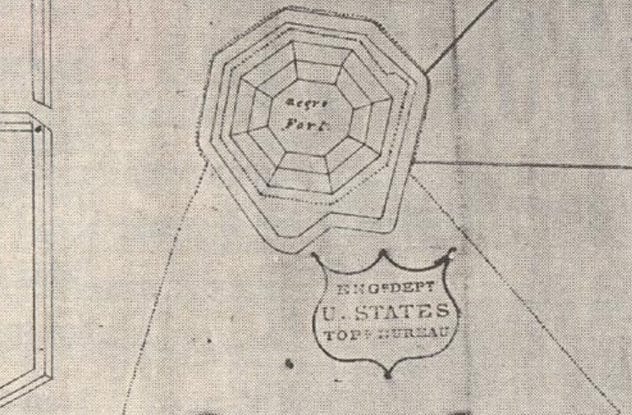 During the early 19th century, an old British fort on the frontier of northern Spanish Florida became a place of refuge for black freedmen and escaped slaves. The fort, which became known as “Negro Fort,” and the area around it was home to nearly 800 black men, women, and children. Many Americans, including President Andrew Jackson, saw this escaped slave colony as a threat to the very institution of slavery.

On July 17, 1816, the garrison of the fort ambushed an American gunboat in the area, killing all but one of the crew. After hearing this, Jackson ordered the fort to be destroyed. Before the battle began, the American general in command called for the fort and its inhabitants to surrender. The freedmen refused, finding it better to fight and die than return to slavery. The red flag signaling that no quarter would be given was raised above the fort, and the battle began on July 27.

Despite the bravery of the defendants, the battle ended quickly when a shot from a Navy gunboat hit the fort’s powder storage, causing a massive explosion. This killed almost everyone in the fort and effectively ended the battle. In his report, the American commander Col. Clinch wrote, “The explosion was awful and the scene horrible beyond description.”

Brad is currently a student as Fordham University. He can be reached for comments or questions at [email protected].