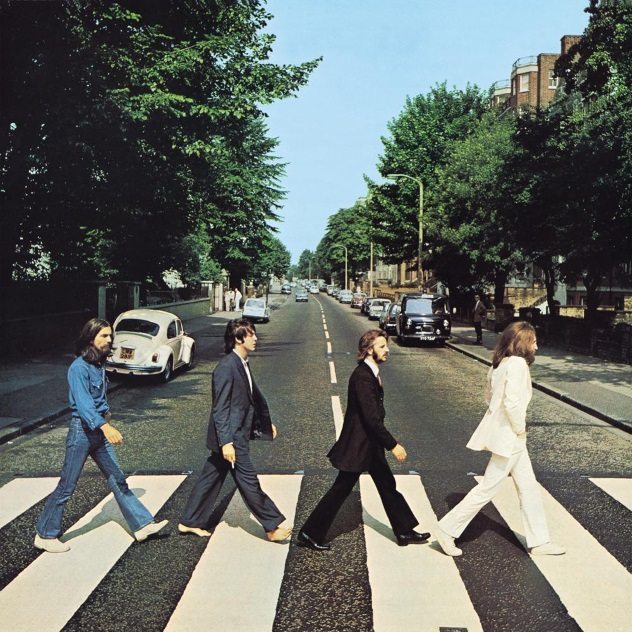 This is perhaps the most well-known album cover conspiracy. We all know the English rock band the Beatles and its four members: John Lennon, Paul McCartney, George Harrison, and Ringo Starr. A widespread conspiracy theory that has existed for years alleges that Paul McCartney died in a 1966 car crash and was secretly replaced by a look-alike. Supposedly, the band and the music industry covered up his death, but the album cover of Abbey Road, released in 1969, is said to feature revealing clues that prove Paul’s death happened.

On the album cover, John, George, Ringo, and Paul walk across the street as if in a funeral procession, with their outfits representing their respective roles in the ceremony: white for a clergyman, jeans for the gravedigger, black for the undertaker, and barefoot Paul as the dead man. Other clues about the cars in the background, their license plates, and other details have been pointed out as well.[1] 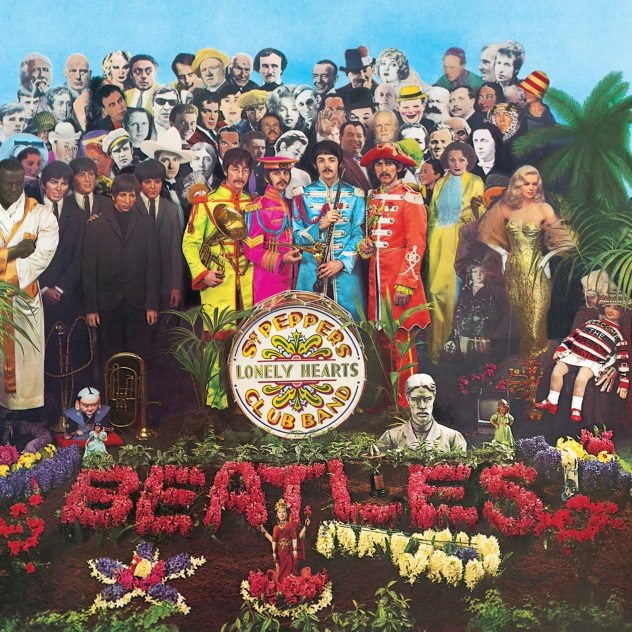 Conspiracy theorists also point out many clues on the cover of Sgt. Pepper’s Lonely Hearts Club Band, which came out in 1967. Some of main points include the different ways that Paul stands out amid the chaos and characters, differing from the other Beatles: He carries a woodwind instrument, while the others carry brass instruments. An open palm hovers above his head, alluding to a priest’s blessing. On the back of the album, Paul stands with his back to the camera, while the others face front.

Other clues include a three-stringed guitar made of yellow flowers, a bloody glove from his supposed car crash, and a backward spelling of “Lonely Hearts” sending a message about his death.[2] 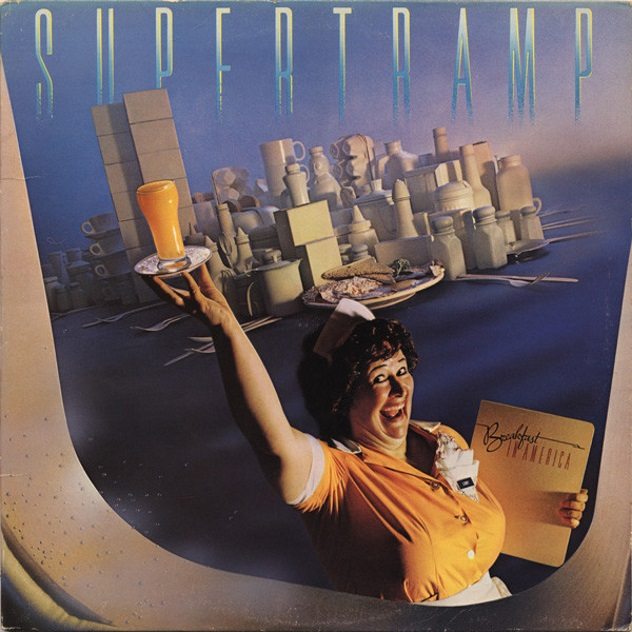 This theory suggests that 1970s rock group Supertramp eerily predicted 9/11 with its Breakfast in America album cover—22 years in the future from its 1979 release. The cover of the famous album shows a view of the New York City skyline through the window of a plane, with a woman holding a glass of orange juice.

Believers have pointed to several details that supposedly predict the 2001 attack on the Twin Towers. The title “Breakfast in America” refers to the time and location of the attacks: the morning, in America’s popular city. The glass of orange juice, positioned directly in front of the Twin Towers in the image, is said to represent a “fireball” from the plane crash.

Additionally, when the album cover is seen in a mirror, the letters “U” and “P” in the word “Supertramp” at the top are said to appear as the numbers “9” and “11,” directly above the towers.[3] 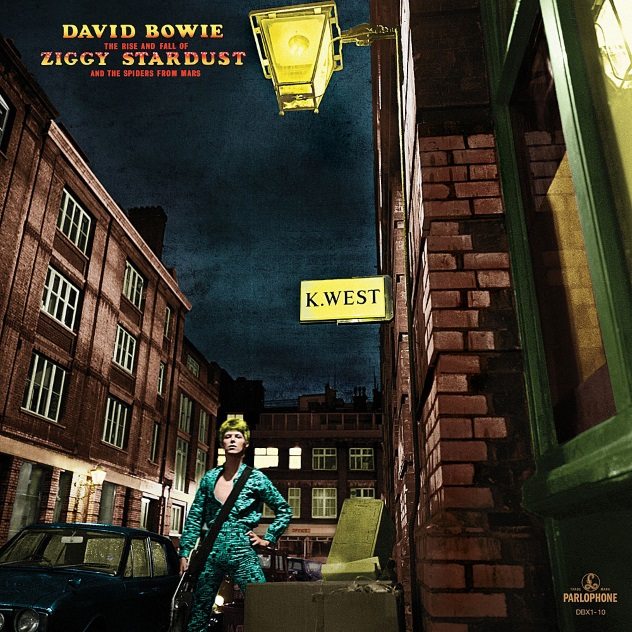 This bizarre theory says that David Bowie predicted the rise of musical artist Kanye West. Bowie’s album The Rise and Fall of Ziggy Stardust and the Spiders From Mars was released in 1972. The iconic album cover shows Bowie standing in an alleyway under a sign that says “K. West.” Conspiracy theorists have rejected proof that the sign alludes to the name of a former tailor in London, instead insisting that it is a direct reference to Kanye West.

Bowie’s last album released before his death, Blackstar, is also seen as evidence for this theory. Certain lyrics discuss the death of a musical icon (Bowie) and that icon’s replacement by a “blackstar.” The “blackstar” is said to be Kanye, who would replace Bowie as a musical god and best-selling artist after Bowie’s forthcoming death.[4] 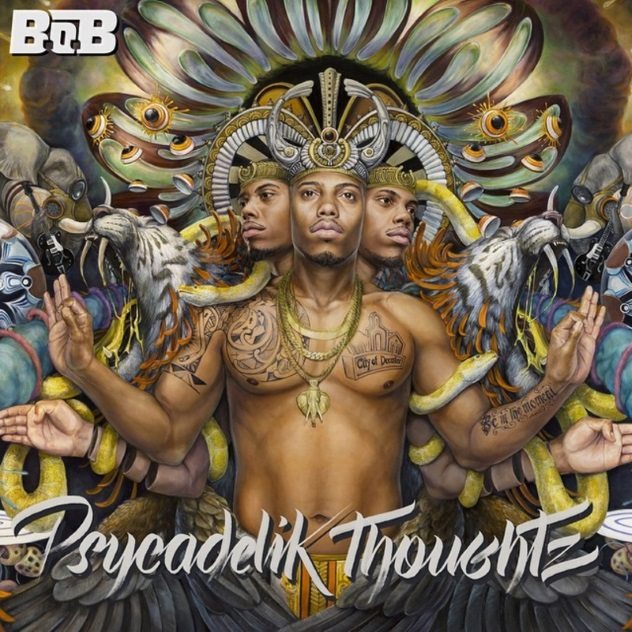 Many celebrities and musical artists have been accused of Illuminati membership over the years. American rapper B.o.B is one of them, and the cover art of his 2015 album Psycadelik Thoughtz is thought to confirm this. Upon its release, fans lashed out against the artist on social media, stating that the strange imagery proved B.o.B was in the Illuminati and that he worshiped the Devil.

B.o.B has denied these claims and has said the album is actually Hindu- and Eastern-influenced, which was chosen as a theme to give the album a psychedelic and spiritual feel.[5]

5 Megadeth’s The World Needs a Hero And Donald Marshall 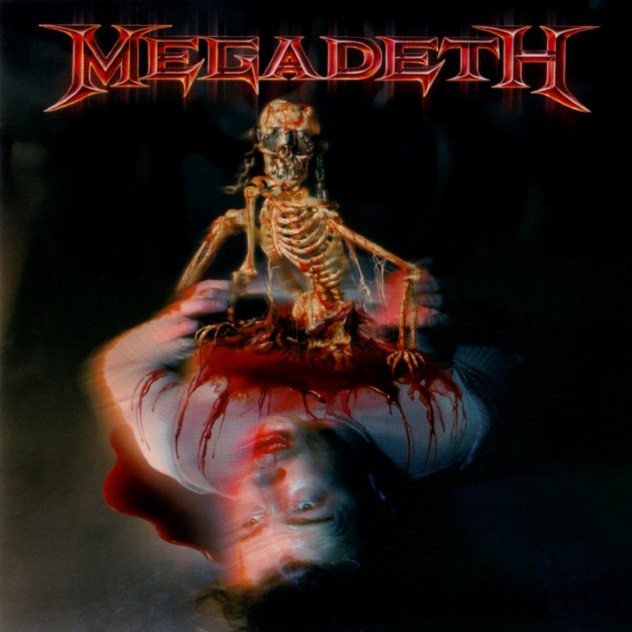 This one is a little complicated. Donald Marshall is a conspiracy theorist who claims to have been a part of an Illuminati cult when he was younger. Since 2011, he has spawned some strange theories about his involvement with the group and their disturbing practices. He’s also gained a small following of believers across the Internet as well as on his Twitter and Facebook pages.

One of Marshall’s claims is that he is actually the ghostwriter of many popular songs, including hit songs by Miley Cyrus, Heart, Metallica, Megadeth, Gotye, Beyonce, and more. His proof? Marshall claims the upside down man on the cover of Megadeth’s 2001 album The World Needs a Hero is his clone, even posting a picture of a side-by-side comparison of his face and the album cover.[6]

4 Kanye West’s So Help Me God 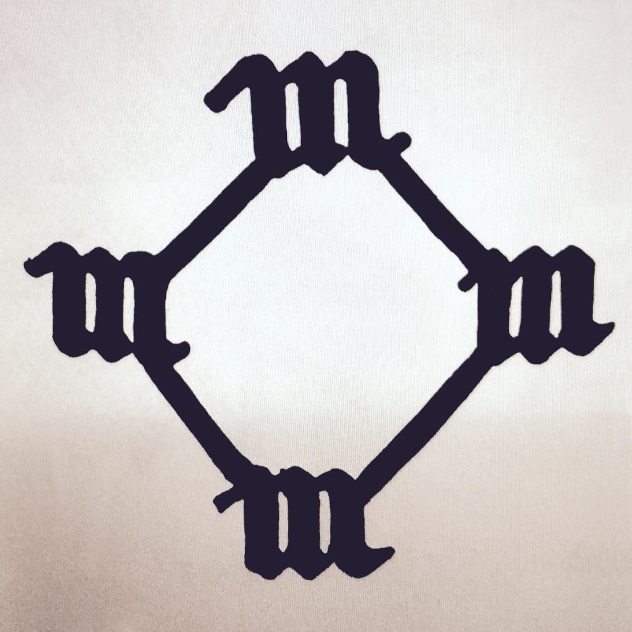 When Kanye West revealed the cover art of his album So Help Me God, it immediately sparked conspiracy theories about hidden meanings, as much of Kanye’s work seems to do. The album cover shows lowercase m’s in a diamond shape. Some fans and theorists across the Internet suggested that this was a 13th-century symbol representing the Virgin Mary and signified a tribute to his mother.

Others, however, alleged darker theories. A significant one held that the imagery revealed Kanye’s link to the Illuminati, offering arguments such as: “There’s 4 M’s, M is the 13th letter, 13×4=52, 5×2=10, there are 10 letters in illuminati.”[7]

That last one seems a little far-fetched.

The album was eventually renamed The Life of Pablo and released in 2016 with a different cover.

3 The Eagles’ Hotel California Proves They Worshiped The Devil 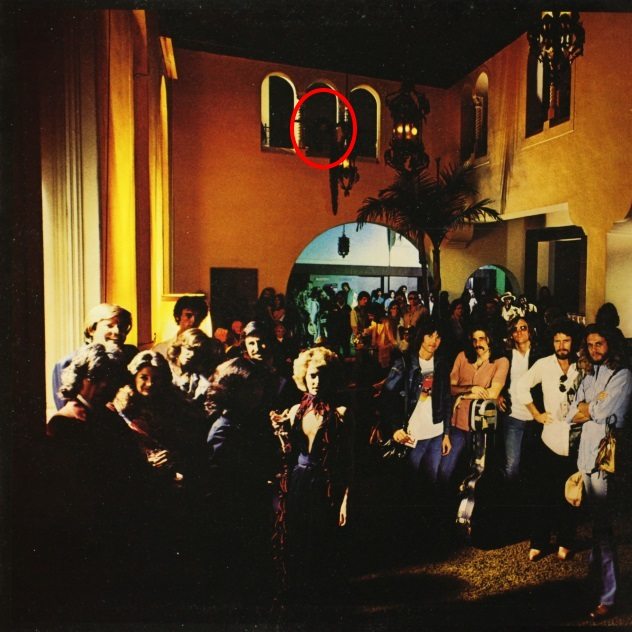 The Eagles released their album Hotel California in 1977. The eponymous hit song has sparked many bizarre theories over the years, primarily because its lyrics are incredibly strange and vague. One theory alleges that “Hotel California” is about Satanism and Devil worship, which is supposedly revealed through the cover art of the album. The back cover shows the band posing amid a crowd in front of a building. Near the top, however, a scary, shadowy figure stands on the balcony—allegedly Satan.

The Eagles have denied this widespread theory, saying that the figure is a woman hired for the photo shoot.[8] 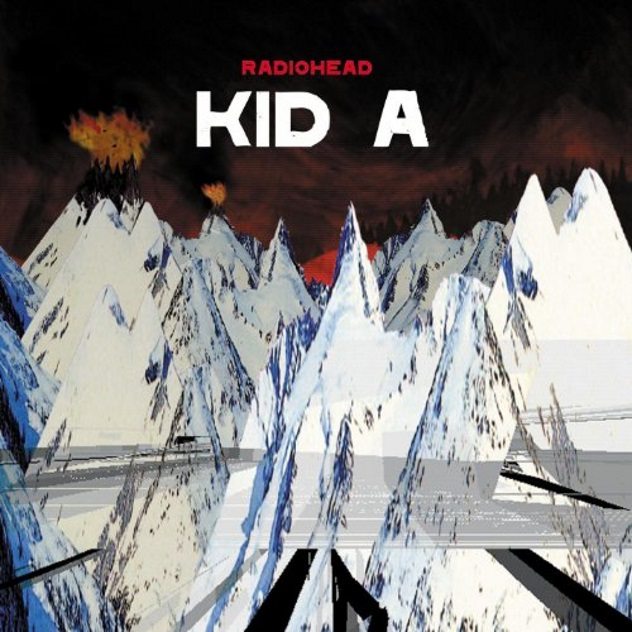 Here’s another 9/11 conspiracy theory, this time claiming that Radiohead’s 2000 album Kid A predicted the 2001 terrorist attack. This theory was first perpetuated by writer Chuck Klosterman in his book Killing Yourself to Live and has gained traction on the Internet. It claims that Kid A predicted 9/11 almost exactly one year before it happened.

In his book, Klosterman writes that the songs on the album tell the story of 9/11 through their sequence, the change in music, and most importantly, their lyrics. “I am certain Kid A is the official soundtrack for September 11, 2001,” Klosterman writes.

Since this, fans have continued the theory by analyzing Kid A’s album art in addition to the lyrics. Many say that the album’s front cover, inside cover art, and secret, hidden booklet in the packaging all feature fiery and disturbing images, including what are said to look like two towers burning in one corner.[9] 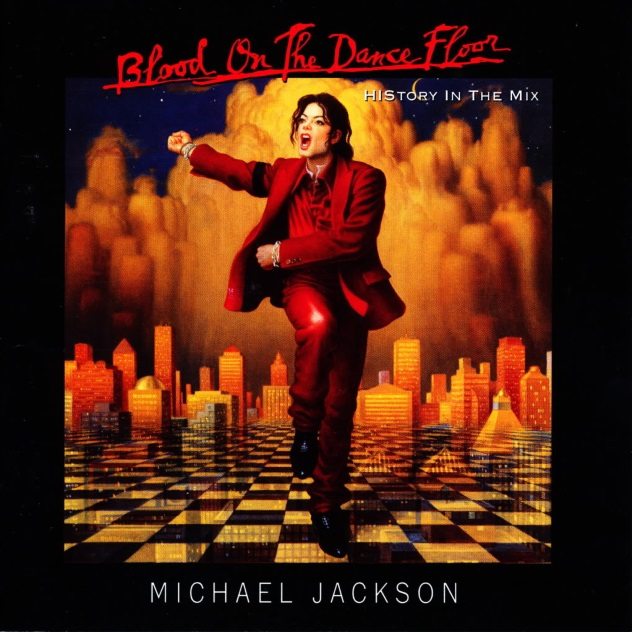 Finally, because you haven’t heard enough 9/11 conspiracy theories, here’s another: Some people believe that Michael Jackson was psychic and also predicted the infamous date with the cover of his 1997 album Blood on the Dance Floor: HIStory in the Mix. On the cover, Jackson stands in front of a city skyline with billowing clouds in the background. These are thought to be the clouds of dust resulting from the collapse of the Twin Towers.

Rachel is a history lover from Boston who likes writing, music, literature, and bizarre theories.