We all want karma to be real. Not everyone believes that there is some supernatural force making sure the good are rewarded—but when we see somebody selflessly give themselves up to help others, we feel like there ought to be.

It might not happen every time, but sometimes, the good people do get rewarded for their deeds. And sometimes, the payoff is so perfect that it’ll leave you wondering if maybe, just maybe, karma really exists. 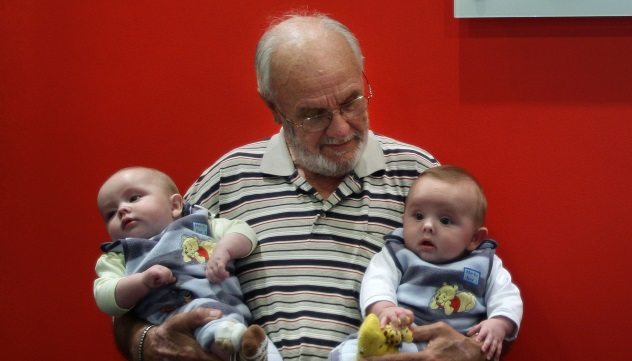 When James Harrison was 14 years old, he nearly died. It took a major chest operation to save his life. The surgeons had to remove one of his lungs, allowing 2 liters (0.5 gal) of blood leave his body in the process. He only survived, Harrison understood, because people he’d never met had donated the blood that now filled his body—and he wanted to do that for someone else.

Harrison resolved that, as soon as he was old enough, he would donate blood as often as he could. He went through with it, donating his first pint of blood on his 18th birthday.

Doctors started to realize, though, that Harrison’s blood was unusual. It had antibodies that were basically the cure for rhesus disease, a blood disorder that can cause babies to be born with crippling brain damage or even die.

They asked Harrison to donate plasma regularly and let them run tests, and he agreed. His blood became the cure. Harrison, now in his seventies, has saved the lives of more than two million babies.[1]

He didn’t just save stranger’s lives, though. When his own daughter, Tracey, became pregnant, she was diagnosed as being at risk for rhesus disease. Harrison’s blood donations ensured that her baby was born safely. Because he donated blood when he was 18, James Harrison was able to become a grandfather. 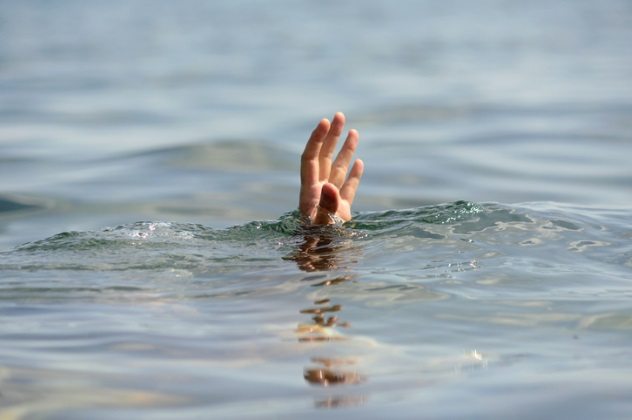 When Roger Lausier was four years old, he wandered away from his mother during a trip to the beach in 1965. He made his way alone into the water and tried to swim, but an undercurrent pulled him down. He would have died, but a stranger named Alice Blaise dove into the water and pulled him to shore, where she revived him and saved his life.

Nine years later, 13-year-old Roger was out on the same beach when he heard a woman scream, “My husband is drowning!” Roger didn’t realize this was a woman he’d met before, but he rushed into action anyway. He jumped onto an inflatable raft, paddled out to the man, and pulled him on, saving his life.

Nobody there realized the strange, cosmic coincidence that had just happened until the news reported on it the next day.[2] It wasn’t until then that Alice Blaise realized that the young man who had saved her husband’s life was the four-year-old boy whose life she’d once saved.

8 Holocaust Heroes Were Saved From The Bosnian Genocide 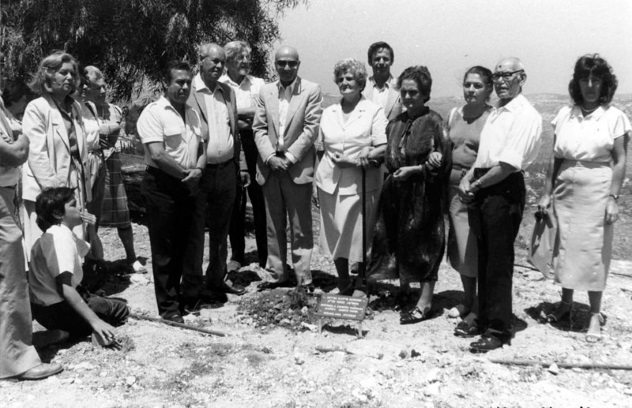 When the Germans invaded Sarajevo in 1941, the Kavilio family were sure their days were numbered. They were Jews, and the Nazis were approaching. They needed to get out.

A Muslim friend, Mustafa Hardaga, invited the Kavilios to hide out in his home and then helped them escape the country. With the help of the Hardagas, every member of the Kavilio family got out safely—except for the father, Josef Kavilio.

Josef got caught by the Germans and was put to work in a chain gang. Again, though, he was saved by the Hardagas. Mustafa’s wife Zejneba snuck him food, helped him break free, and let him hide in their house once he was loose.[3] Then they helped him get out the country and reunite with his family.

Over 50 years later, the Hardagas were still in Sarajevo when the Bosnian War began. It soon turned into a genocide in which 8,000 Muslims were massacred.

The Hardagas likely would have died there, but Israel’s Holocaust memorial, Yad Vashem, knew about their story. As soon as the genocide began, the organization pulled strings to get the Hardagas into Israel. They returned the favor they’d given the Kavilios and saved a Muslim family from genocide.

7 A Man Survived An Undiagnosed Disease By Giving Blood 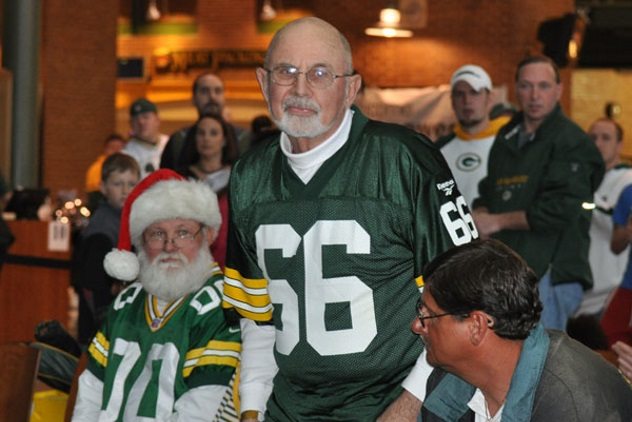 Jim Becker started donating blood because he was a dedicated Green Bay Packers fan. He couldn’t fit tickets to their games into his budget, so he justified buying them by donating blood. He donated a pint of blood every chance he got and rewarded himself for his good deed by using the money to buy tickets to an NFL game.

Donating blood, it turned out, was the only reason he lived.

In 1975, after more than 20 years of regularly donating blood, Becker found out that he had hemochromatosis, a disorder that creates a toxic buildup of iron in the organs, usually treated with bloodletting. Becker had likely had the disease for close to 20 years, but he’d been accidentally treating it the entire time by giving blood.[4]

After his diagnosis, he was given proper treatment by medical professionals, but Becker wouldn’t have lived long enough to get diagnosed if he hadn’t given blood. He donated blood hoping it would save someone’s life—and, by chance, saved his own. 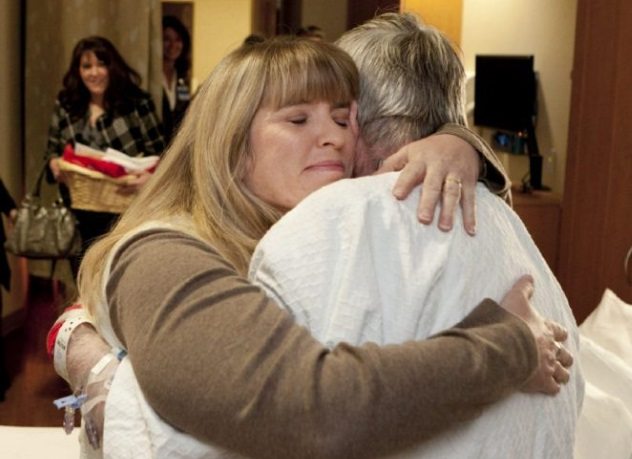 Victor Giesbrecht and his wife Ann were driving down a Wisconsin interstate in 2011 when they spotted two young women pulled over on the side of the road. The women, Lisa Meier and Sara Berg, had sprung a flat, and they didn’t know how to change a tire.

The Giesbrechts, on the other hand, were experienced motorists. They happily pulled over, helped the strangers change their tire, and got them back on the road. The women thanked the Giesbrechts and went on their way.

A short while later, the Giesbrechts’ truck, driving in front of them, veered over to the side of the road. The women pulled over to see what was wrong and immediately saw Ann Giesbrecht running out, screaming that her husband was having a heart attack.

Lisa and Sara might not have known a lot about cars, but, as a nursing assistant, Sara knew what to do when someone has a heart attack. She gave Victor CPR while her friend called 911.[5] The paramedics made it to the scene, and Victor survived the heart attack that could have killed him—purely because he’d stopped to help a stranger on the side of the road.

5 A Man Donated Half His Liver To His Future Wife 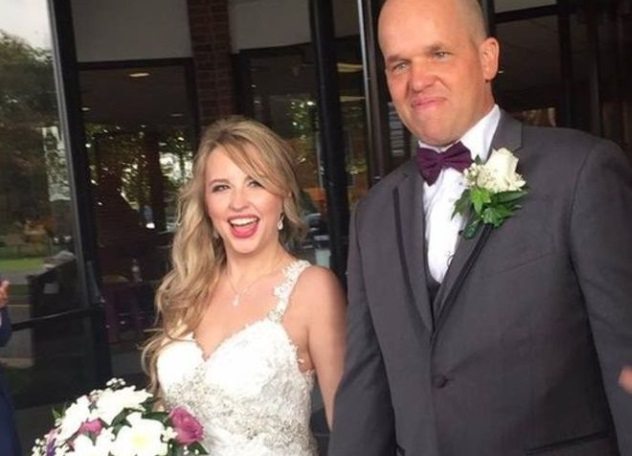 Christopher Dempsey gave up half of his liver for someone he’d never met. He overheard a coworker he barely knew talking about a cousin who had stage-four liver disease. She needed a liver transplant, but there were 119,000 people on the transplant list before her. Unless she found a donor, she would only have two more months to live.

Dempsey didn’t know the family well, but he didn’t think it was right to let her suffer. And so he butted in to offer to get himself tested to see if he was a match. When he found he was, he agreed to donate part of his liver.

The woman whose life he’d save was named Heather Krueger, and they didn’t meet until after he’d promised to give her his liver.[6] When they did, though, they fell in love. They started dating after the operation, and in 2016, two years after saving her life, Chris Dempsey got married to a woman he would never have met if he hadn’t agreed to give up an organ for a total stranger. 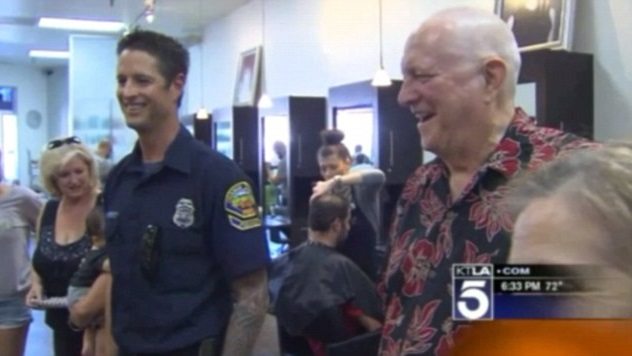 Dr. Michael Shannon went through hell when his SUV was T-boned by a truck on the highway in 2011. The truck that smashed into him ended up pinning his vehicle down, trapping him inside as his engine caught fire. There was no way out, and the fire was spreading.

By the time the rescue team came, Dr. Shannon’s legs were on fire. The rescuers ultimately managed to put out the fire and get him out with the jaws of life, saving him from certain death.

A paramedic named Chris Trokey pulled Shannon from the wreckage and got him to the hospital, but he didn’t realize whose life he was saving until he got there. At the hospital, he heard the patient’s name, “Dr. Shannon,” and realized who he’d just rescued.

Trokey had been born premature, weighing just 1.5 kilograms (3.2 lb), and wasn’t expected to survive. Dr. Shannon, though, had spent sleepless nights working to keep him healthy. He was the only reason Chris Trokey survived his first day of life—and now, Trokey was the reason Dr. Shannon survived his accident.[7]

3 A CPR Teacher Was Saved By His Students 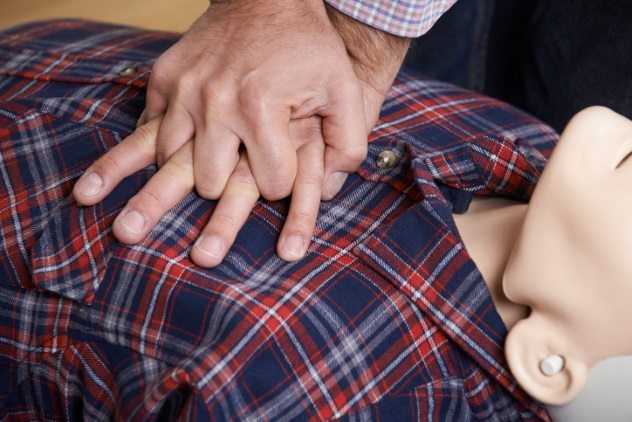 Bob Marlin spent his life as a CPR trainer for the fire department and for most every emergency department in town. He’d shared his knowledge with everyone he could, training the city’s paramedics and even giving seminars at local businesses—including the golf course where he had his heart attack.

He had just made a line drive when his chest started hurting. His brother, Bill, remembering what Bob had taught him, yelled for help and gave him CPR. An employee at the golf club rushed over and used a defibrillator, while others called the paramedics to rush Bob to the hospital.

Half a dozen people were involved in his rescue—and every one of them was someone Bob Marlin had trained.[8] His life was saved by people using the techniques he’d taught them.

2 A Woman Is Saved By A Boy She Saved 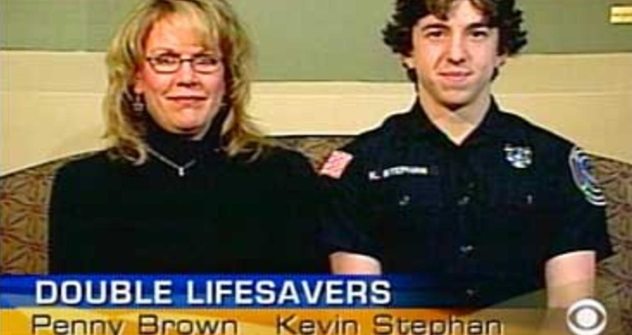 When Kevin Stephan was ten years old, he served as the bat boy for his little brother’s baseball team—and nearly died. A young boy who was warming up swung his baseball bat a little too carelessly, slamming it into Stephan’s chest hard enough to stop his heart.

Fortunately, a nurse named Penny Brown was in the crowd. She rushed over and gave him CPR.[9] It got his heart beating again and saved his life.

Seven years later in 2006, Kevin got to pay her back. Penny was eating at a restaurant he worked at when she started choking on her food. Stephan, unaware that this was the woman who had once saved his life, rushed over as soon as he heard and gave her the Heimlich maneuver. He cleared the blockage and found out, a little afterward, that he’d just repaid a seven-year-old debt. 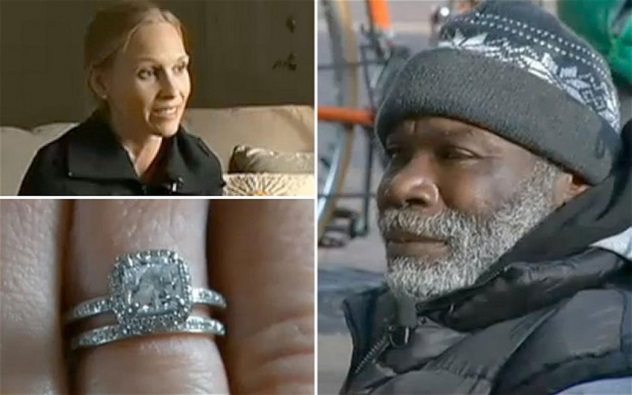 Billy Ray Harris was begging for money in Kansas City when he got a stroke of incredible luck. A young woman named Sarah Darling had meant to drop a few coins into his cup, but her engagement ring slipped off, and a homeless man now had a ring worth what, to him, was a small fortune.

His first instinct was to pawn it, but when the jeweler shop nearby offered him $4,000, a pang of guilt stopped him from making the sale. He couldn’t bring himself to do it.[10] Instead, he just waited until he saw Sarah Darling again and asked her if she’d lost her ring.

Darling, wanting to repay him, set up an online fund, hoping to raise a few dollars for the homeless man who had helped her. The story, though, went viral, and Harris got a lot more than he could have expected.

The story drew the attention of Harris’s estranged family. His sister managed to track him down and invited him in, bringing him back into a family he hadn’t seen in years and letting him meet his nieces and nephews for the first time.

When it was all over, the Darlings raised more than $185,000 for Billy Ray Harris. He was able to buy a home and a car and get his life back on track—which is worth a lot more than $4,000.

For the other side of karma, check out 10 People Who Got Exactly What They Deserved and 10 Satisfying Stories of Bad Guys Getting their Comeuppance.