A diplomatic gift between countries can mean many things: a symbol of peace and unity between the two nations, a token of appreciation for help given, or a declaration of superiority to assert dominance over a place. Sometimes, however, these gifts can be misguided and cause embarrassment to the countries involved. This list is of ten bizarre gifts that countries have given one another. 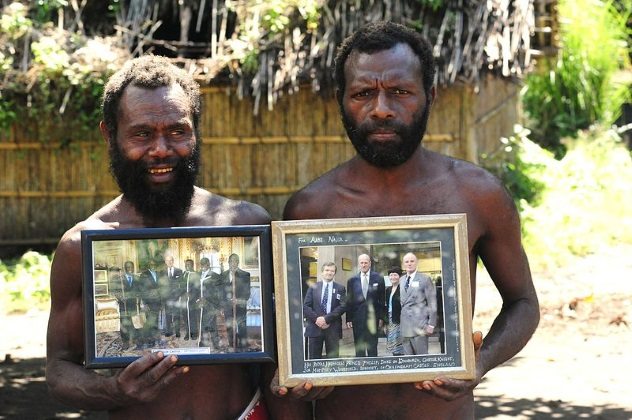 In the South Pacific’s Republic of Vanuatu, the island of Tanna has a very strange religious cult: They worship Prince Philip, Queen Elizabeth’s husband, as a deity. The reason for this began during the mid-20th century, and the people of Tanna believe that Philip is descended from one of their spirit ancestors. On the island, there are framed pictures, Union Flags, and newspaper clippings in celebration of him. They also pray to Philip to help with crops and the weather and believe that when he appears at their island, they will be blessed with prosperity and health—which is unfortunate since the prince retired from public duty in 2017.

There have been gifts exchanged between Philip and the islanders. For example, a ceremonial club used to kill pigs was given to the Prince. He returned the compliment with a signed photograph. He also sent a letter of condolence when their chief, Jack Naiva, died in 2009. A year later in 2010, they sent Philip a straw penis sheath as a gift.[1] Whether he has worn it or not remains unverified. 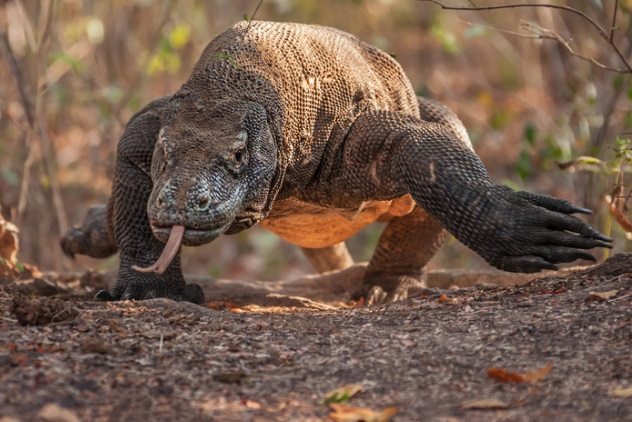 Well, technically a Komodo dragon from Indonesia. The Komodo dragon is the national animal of Indonesia, and being given one as a gift is considered a great honor. In 1986, when Ronald Reagan visited the Indonesian island of Bali, President Soeharto gave him a pair of Komodo dragons as a gift, which were later donated to the National Zoo in Washington, DC.

Four years later in 1990, Soeharto gave President George H.W. Bush the same gift.[2] Plans for them to breed were put aside temporarily when it became apparent that they were both male, so they had to loan one of Reagan’s dragons to the Cincinnati Zoo. The breeding was a success, and by the time that one of Bush’s dragons, Naga, died aged 24, he had sired 32 offspring. Naga was visited by over one million people every year at the zoo and even did a tour visiting ten other zoos.

8 A Video Of Animal Torture 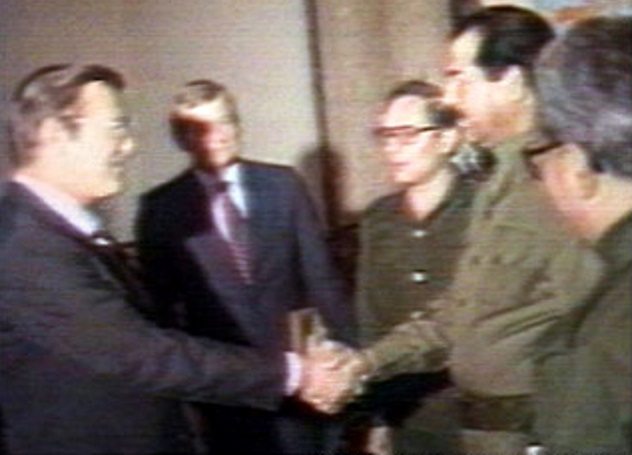 Between 1983 and 1984, Donald Rumsfeld, US envoy to the Middle East, met and conversed several times with Saddam Hussein with the idea of creating closer ties. It was the middle of the Iran-Iraq War, and it was important that the US forge positive relations with some of the countries in the region. During these meetings, Rumsfeld shook Hussein’s hand and called him “Mr. President.”

Some of the gifts that Rumsfeld bought Saddam were odd—like a medieval spiked hammer and golden cowboy boots—but Saddam’s return present goes far beyond. Wanting to create tension between the US and Syria and even gain US support for a potential Iraqi invasion of Syria, he gave Rumsfeld a video.

Available on Rumsfeld’s own website, the video is shocking.[3] The blurry, black-and-white film contains footage of female soldiers biting heads off of live snakes and young male soldiers stabbing a dog to death. They do this under the apparent approval of then–Syrian dictator Hafez al-Assad. The video was designed to show the brutality of the Syrian regime.

7 A Royal Menagerie Of Exotic Creatures 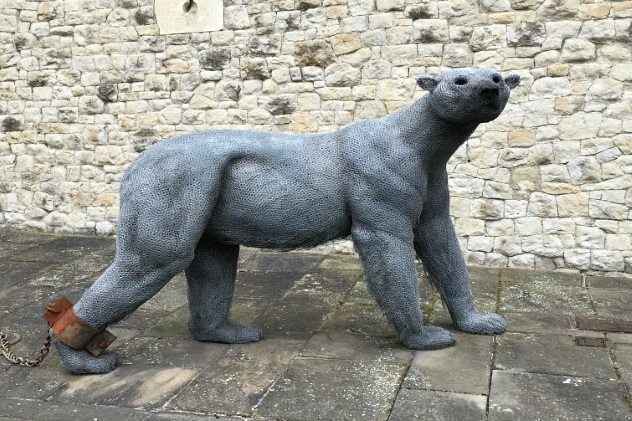 When William the Conqueror took control of the English crown following the Battle of Hastings in 1066, he began to commission a series of Norman castles to help shore his defenses. The Tower of London, built in 1078, was one of these and has had a fascinating and intriguing history, with many well-known figures such as Guy Fawkes and Anne Boleyn having been executed there.

The Tower of London has also had a menagerie of animals inhabiting it. While many people would be happy with a puppy as a present, Henry III was given three leopards (or lions, depending on the source) as a gift from the Holy Roman emperor Frederick II in an example of diplomatic gifts being sent to ensure unity. Frederick had just married Henry’s sister. Interestingly, it is these three wild cats that he used on his coat of arms, and they’re still widespread today on the shirts of English sports teams.

Other gifts that Henry received for his zoo included an African elephant from France’s King Louis IX and a polar bear from King Haakon IV of Norway.[4] The polar bear was kept on a chain but allowed to swim in the River Thames, hunting for fish—quite a sight for any fishermen sailing past. 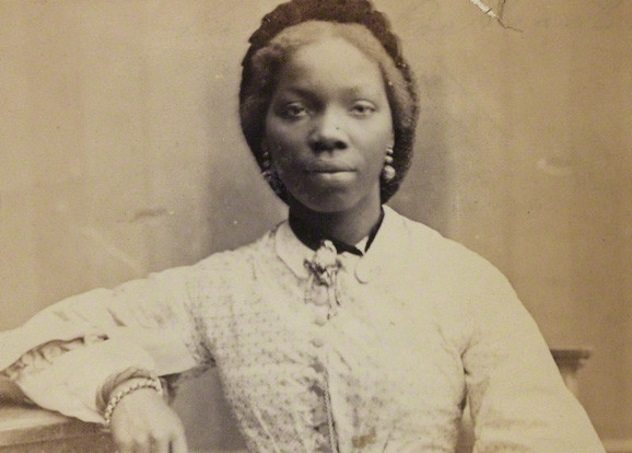 In 1848, King Ghezo of Dahomey (now part of Benin in West Africa) went on a slave hunt against rival tribes. During this hunt, a five-year-old girl was captured and her parents killed. The girl was intended as a human sacrifice.

Fortunately, a few years later, a British naval officer named Frederick Forbes was able to persuade King Ghezo to gift the child to Queen Victoria by saying that she would be “a present from the King of the Blacks to the Queen of the Whites.” Forbes would later successfully petition King Ghezo to abolish slavery completely in Dahomey.

Traveling to England on the HMS Bonetta, the child was unimaginatively named Sarah Forbes Bonetta and went to meet Queen Victoria.[5] The queen was so impressed with Sarah’s intelligence and manner that she became godmother to her, paying for tuition and housing. Bonetta even attended the wedding of the queen’s daughter.

Sarah eventually moved back to Africa, this time to Nigeria, with her husband, Captain James Davies, and had three children. Sadly, she died of tuberculosis at age 37. Queen Victoria continued to pay tuition and provide for Bonetta’s children. 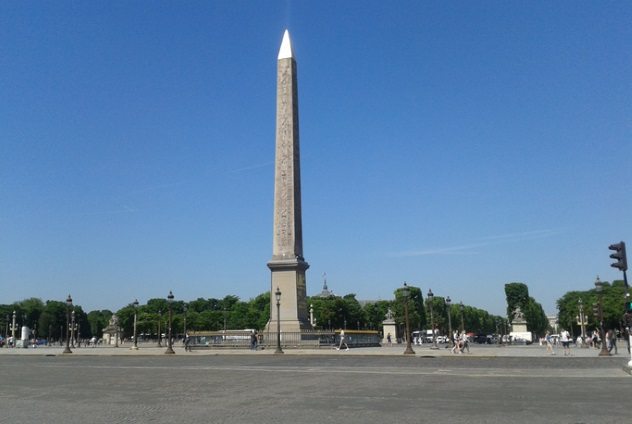 Depicting the lives of Ramses II and Ramses III, a pair of obelisks stood in the historic city of Luxor, Egypt, for over 3,000 years. However, Egyptian governor Muhammad Ali wasn’t concerned for the past. He wanted Egypt to belong to the future. As part of that, he modernized the Egyptian military, education, and agriculture.

Wanting to maintain positive relations with the French (who had occupied Egypt under Napoleon Bonaparte) he sent King Louis Philippe I a gift, one of the obelisks, in 1833. Initially, both of the obelisks were intended to be sent, but the transportation cost of 2.5 million francs proved too expensive. Instead, it was suggested that the other one would remain in Luxor as a symbol of peace, like two halves of a lover’s necklace. In return, France sent Egypt a clock that still stands in the mosque of the Citadel of Cairo.

Made of red granite, standing over 22 meters (72 ft) tall, and weighing over 250 tons, the monolith stands in the center of Paris today.[6] 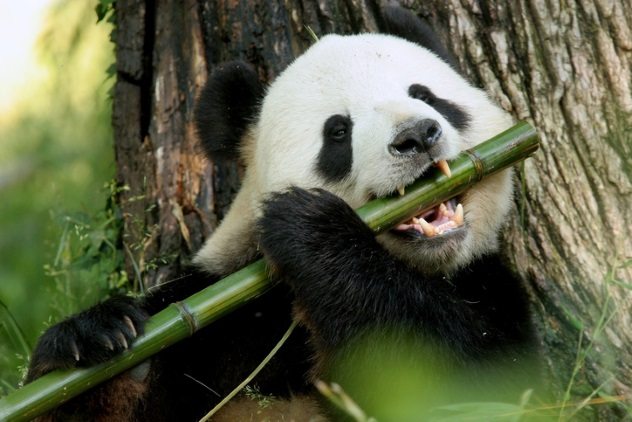 As a way of maintaining good relations and creating positive press, animals symbolic to a country are often given to other countries. China’s panda diplomacy is possibly the best example of this.

Although the practice stepped up during the 20th century, it actually dates back to Empress Wu Zetian gifting pandas to the Japanese during the seventh century. As a thank-you to the US for joining World War II, China sent pandas to the Bronx Zoo. The US received more pandas from China in 1972, when President Nixon was given a pair, which were then donated to the National Zoo.[7]

From 1984, the panda gifts have actually been ten-year loans at the cost of $1 million a year. This policy has seemingly worked. When Scotland’s Edinburgh Zoo was loaned two pandas from China, Scotland’s exports to China doubled to £500 million over five years. 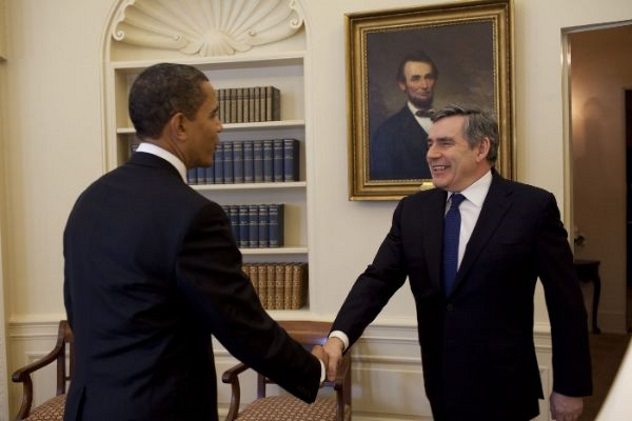 It’s not a secret that Barack Obama’s opinion toward the United Kingdom was cordial at best, and he didn’t do American-Anglo relations any good with his diplomatic gift exchange with Prime Minister Gordon Brown in 2009.[8]

As part of the exchange, Obama gave Brown 25 DVDs of classic American films, including Citizen Kane and The Godfather. This would be a perfectly acceptable gift if it wasn’t for two things: First, America and the UK have different region codes for DVDs, so they didn’t work in the UK. Second, Brown had spent over $16,000 dollars on his gifts to Obama. They were a set of biographies of Winston Churchill and a penholder crafted from the wood of an anti-slavery ship. The penholder had another special symbol behind it: The ship it was crafted from was the HMS Gannet. Gannet’s sister ship was HMS Resolute, whose oak was used to craft a desk at the Oval Office that has been in place since 1880. 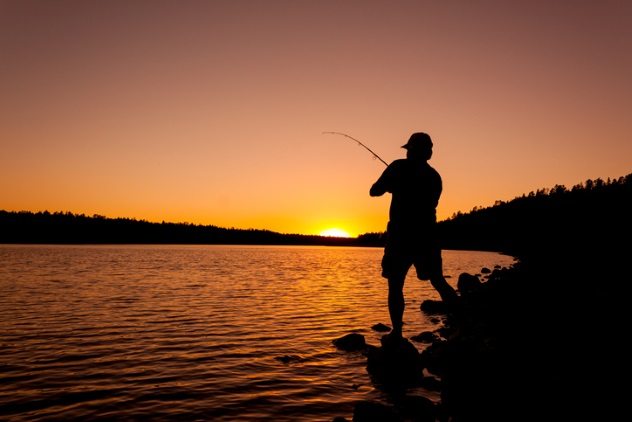 Possibly the cheapest gift given in recent time, the Moroccan king sent George W. Bush a $3 jar of fish bait.[9] Luckily, that wasn’t all they sent; Bush also received a jewel-encrusted dagger.

That wasn’t the only bizarre gift Bush received during his presidency. The Polish president gave him a book on fighting terrorism, and he received 136 kilograms (300 lb) of lamb meat from Argentina.

Although the president is technically able to keep unsolicited gifts from the public, it generally does not happen. Gifts from other countries must be declared, particularly if they are over a certain limit. A federal employee cannot accept gifts of over $390, which means Bush may have kept the fish bait after all. (Gifts that aren’t kept are sent to the National Archives.) If the president or first lady decide to keep a gift over $390 in value, then they must pay for it themselves, as Hillary Clinton did when she paid $970 for a necklace from Myanmar politician Aung San Suu Kyi.

1 The Remains Of Napoleon II 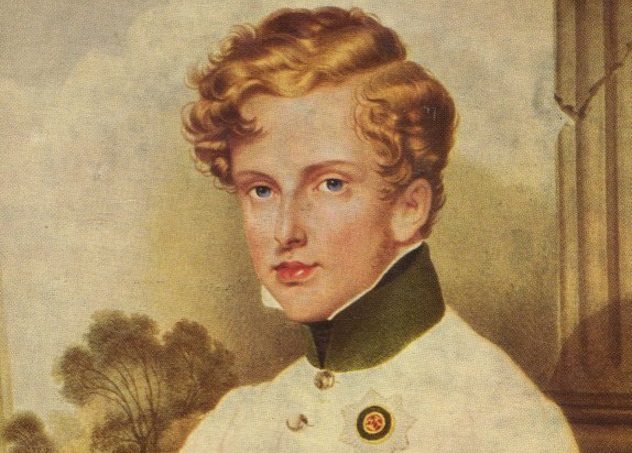 Son of Napoleon Bonaparte, Napoleon II led a relatively undistinguished career before dying of tuberculosis in 1832 at the age of 21. He was buried in Austria, where he had been in charge of a military battalion at the time.

Over 100 years later in 1940, Adolf Hitler had stunned Western Europe by successfully invading Holland, Belgium, and France in a matter of months. France was divided into two: the North, militarized by Germany, and the puppet Vichy regime of the South, led by Philippe Petain.

Hitler needed to secure his authority in the area, and to do so, it was important for Petain to gain the support of France. A plan was hatched to send Napoleon II’s ashes from their resting place in Vienna to Paris as a diplomatic gift. However, it is safe to say that the return was anticlimactic and hardly the symbol of unity they had imagined. Napoleon II’s ashes arrived at midnight in Paris, guarded by German soldiers. Neither Hitler nor Petain attended the dress ceremony.[10]

Napoleon II currently rests at the Hotel des Invalides, the same building as his father’s tomb.

I used to be an editor; now I just write for fun.

Read more about the awkward side of diplomacy on The 10 Worst Diplomatic Faux Pas By Famous Politicians and 10 Cases Of Criminal Activity By Diplomats.