The involvement of whites in ending slavery is one fact that has always been left out of the history of slavery. Yet, without them, it is probable that slavery would not have ended—at least, not at the time it did. The whites who opposed slavery were called abolitionists and included people like Charles Darwin, who might have even proposed the theory of evolution just to prove slavery wrong. 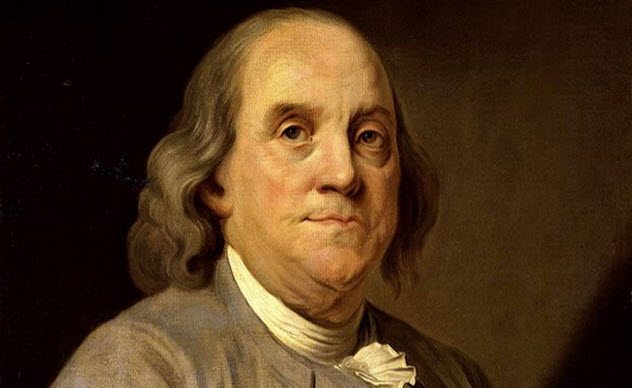 Benjamin Franklin joined the antislavery movement toward the end of his life even though he had owned slaves when he was younger and ran advertisements for the sale of slaves in his Pennsylvania Gazette newspaper. To be fair, though, he also ran antislavery advertisements sponsored by the Quakers in the same newspaper.

In 1787, he became the president of The Pennsylvania Society for Promoting the Abolition of Slavery, which was formed as The Society for the Relief of Free Negroes Unlawfully Held in Bondage in April 1775. The society was not only against the abolition of slavery but also wanted the integration of the freed slaves as US citizens.[1]

One of Benjamin Franklin’s last acts was the signing of an antislavery bill on behalf of his society on February 3, 1790. The bill was sent to Congress, where it caused a heated face-off when it was read in both the Senate and the House of Representatives.

At the end, the Senate neither approved nor rejected the bill while the House of Representatives appointed a committee to investigate its feasibility. On March 5, the committee concluded that Congress was not empowered to ban the importation of slaves or free slaves before 1808. Benjamin Franklin died a month later on April 17, 1790. 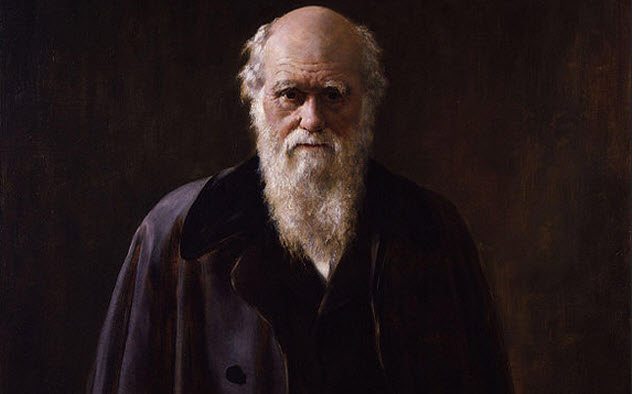 Charles Darwin, the famed father of evolution, was against slavery even though he never publicly voiced his views. We know of his antislavery stance from a series of letters containing antislavery remarks which he had written to family, friends, and associates.

It has even been suggested that he might have researched and proposed the theory of evolution to counter the belief at that time that blacks and whites were descendants of different ancestors. However, Darwin faced one problem before he could propose the theory of evolution. If the problem were not addressed, he feared that the theory would appear to support slavery instead of refuting it.[2]

The complication was that slavery also existed in nature—at least among Formica sanguinea slave-maker ants, which always took Formica fusca ants as slaves. Darwin smartly clarified that the Formica sanguinea slave-maker ants had evolved to be dependent on their Formica fusca slaves and would die off within a year without them. Clearly, whites had not evolved to that extent. 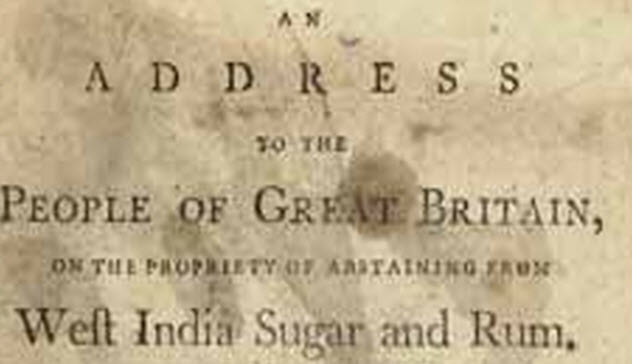 William Fox was a British abolitionist who attempted to end the slave trade by organizing a mass boycott of goods produced with slave labor. In 1791, he authored a pamphlet in which he persuaded British citizens to end slavery by boycotting sugar produced with slave labor. His major argument: A family could free a slave if they stopped consuming sugar for 21 months, and 38,000 families would end slavery completely if they participated in the sugar boycott.

About 70,000 copies of the pamphlet sold out in four months. One year later, 400,000 Britons started a boycott against sugar produced with slave labor. Some Britons stopped taking sugar entirely while others only purchased sugar made with free labor in the East Indies.

The boycott was so successful that sugar sales dropped by one-third and sugar imports from India, which is in the East Indies, increased by 1,000 percent. However, it did not end slavery.[3] 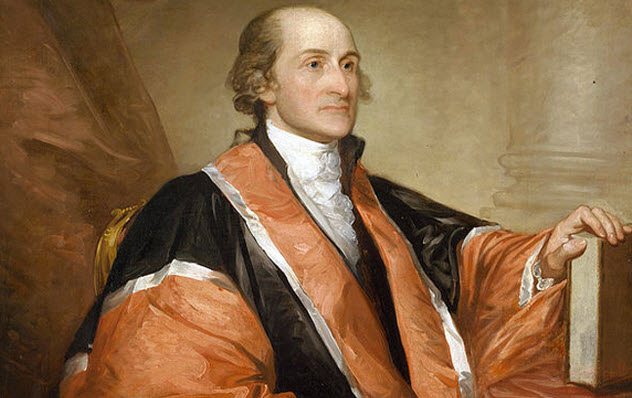 John Jay is another Founding Father who was against slavery. In 1785, he established an antislavery society called “The New York Society for the Manumission of Slaves and the Protection of such of them as had been or wanted to be Liberated.” The members included Alexander Hamilton, another Founding Father. But the society was controversial because most members were slave owners themselves.

Hamilton attempted to end this by proposing a rule that required all members to free their slaves if they wanted to belong to the group. But his proposal was quickly thwarted by the slave-owning members. 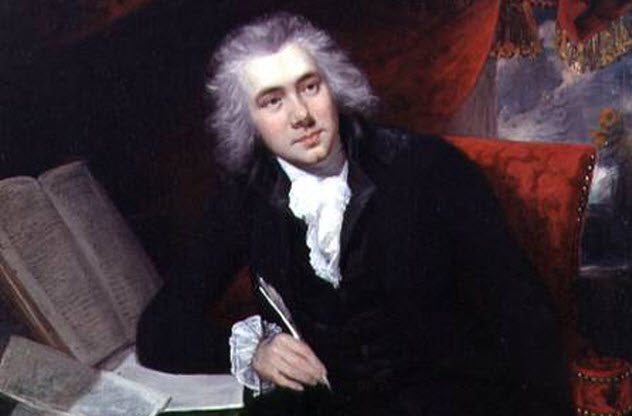 Wilberforce got his third chance at ending slavery in 1807 as the Anglo-French War of 1793 caused some distraction. This time, he did not call for the abolition of slavery but for the banning of slave trading between British and French merchants. Parliament passed the act, causing the slave trade to plummet by 75 percent.[5]

Thereafter, Wilberforce began campaigning for the freedom of slaves held in Africa and the British colonies. His wishes came true on July 26, 1833, when Britain passed the Slavery Abolition Act that outlawed slavery in most of its colonies. Wilberforce died three days after that act was passed. 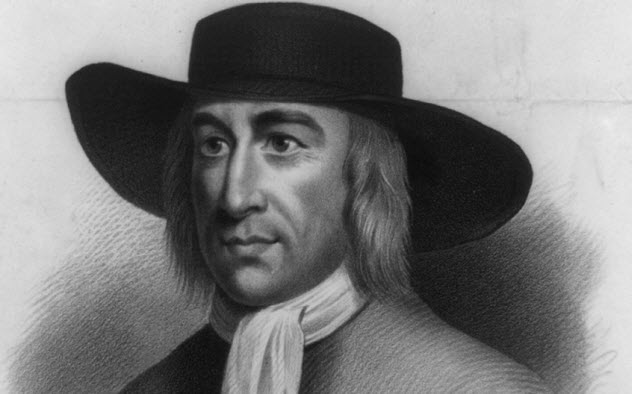 George Fox is the founder of the Quakers, a Christianity movement that also calls itself the “Society of Friends.” Quakers believe that all humans are equal, so no human can own another human. Fox launched an antislavery campaign in 1657 when he wrote a letter that condemned slavery to slave-owning Quakers.

The Quakers became more vocal in condemning slavery in the 1750s when they banned members from owning slaves and encouraged non-Quakers to free their slaves. In 1783, the Quakers sent an antislavery bill to the British Parliament, which refused to take action because Quakers were not Anglicans.

To gain more support, the Quakers formed an abolitionist group that consisted of nine Quakers and three Anglicans. The group was called “The Society for Effecting the Abolition of the Slave Trade.” They were tasked with raising awareness about slavery and lobbying for a law to end it.[6] 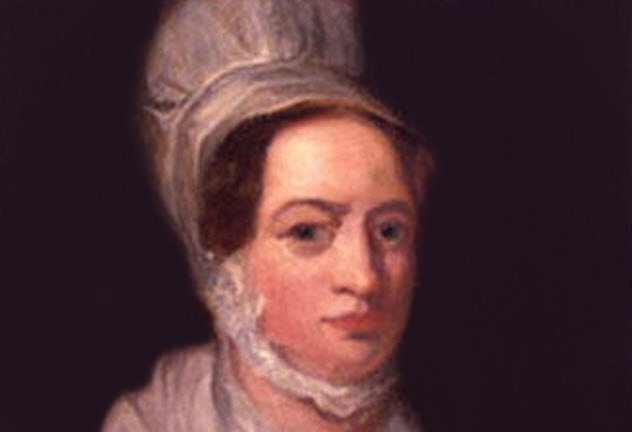 Elizabeth Heyrick was an English abolitionist from Leicester, England. She authored several pamphlets condemning slavery and, together with Susannah Watts, formed the “Birmingham Ladies Society for the Relief of Negro Slaves.”

Her society heavily financed the abolitionist movement of William Wilberforce, even though it was always sidelined by the men. Unlike Wilberforce, who initially called only for an end to the slave trade, Heyrick called for an end to slavery itself. She even threatened to withdraw financial support from Wilberforce if he did not change his ideology.[7]

She campaigned against the trading of sugar made with slave labor in her Leicester hometown. There, she compared the people who purchased sugar with “receivers of stolen goods” because the plantation owners were thieves. She also openly criticized other abolitionists for not taking swift and decisive actions against slavery and for always depending on Parliament to end slavery. 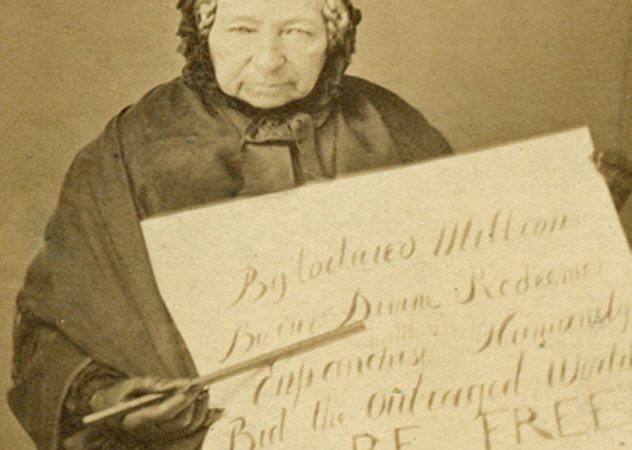 Anne Knight was another Quaker who called for the abolition of slavery. In addition, she fought for women’s rights, including the right to vote. In fact, she switched from primarily condemning slavery to fighting for women’s rights and inspired the formation of the first suffrage group, the Sheffield Female Reform Association, in 1851.

In the 1830s, she organized antislavery meetings, distributed antislavery pamphlets, and sent antislavery bills to Parliament. In 1840, she attended the World Anti-Slavery Convention in London. It was this event that made her switch from actively condemning slavery to fighting for women’s rights after she observed that female abolitionists from the United States were not given seats.[8] 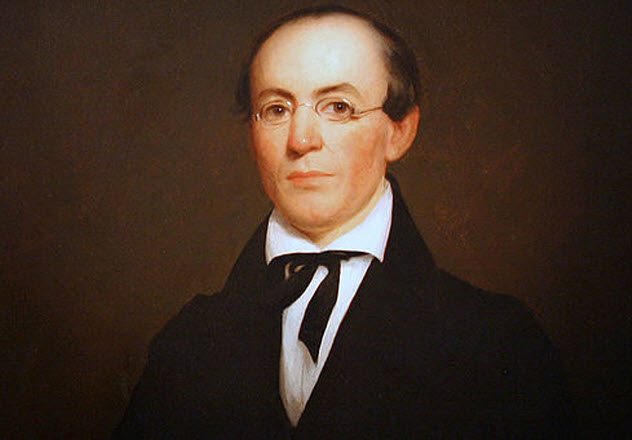 William Lloyd Garrison founded the American Anti-Slavery Society in 1833.[9] The society had over 200,000 members in 1840 and was the primary antislavery movement in the United States. The freed slave Frederick Douglass was a prominent member of and speaker for the society and he would later go on to be the first African American to receive a vote for president of the United States at the 1888 Republican National Convention.

The society’s tactics included sending antislavery bills to Congress and publishing antislavery journals and pamphlets that sometimes included propaganda. This made it a lot of enemies among proslavery supporters, who often raided the society’s meetings to attack members.

Garrison opposed the society’s involvement in politics, but some members thought otherwise. The pro-politics members broke away in 1839 to form the American and Foreign Anti-Slavery Society, which metamorphosed into the Liberty Party in 1840. 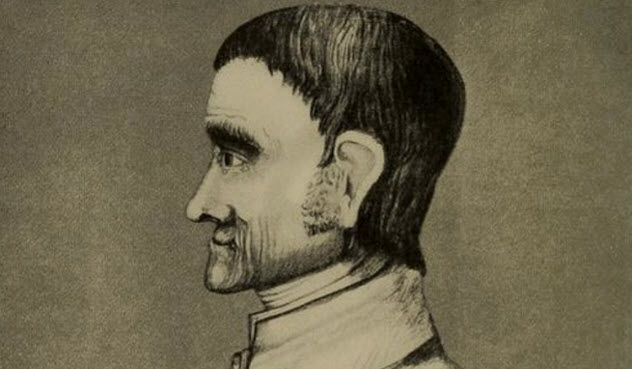 John Woolman was another Quaker abolitionist who was so committed to ending slavery that he dumped his tailoring business to focus on it. In 1746, he began traveling around the United States to visit slave owners and encourage them to free their slaves.

During his travels, he refused to sleep in buildings that had slaves, if at all possible. The few times he did, he always paid even if they did not accept payments. He also avoided purchasing goods made with slave labor. This was why his clothes were always free of dyes because most dyes were made with slave labor.

During a visit to England in 1772, he refused to travel from London to York by coach because the coachmen worked the horseboys and horses too hard. Instead, he trekked all the way, preaching as he went, until he completed the 645-kilometer (400 mi) journey in six weeks. He came down with smallpox soon after reaching York and died on October 7, 1772.[10]

Read more about the heroic people who stood up against slavery on 10 Stories Of Triumph Over Slavery In The American South and 10 Influential Slaves Who Deserve To Be More Famous.