Head-hunting is known as the practice of taking or preserving the head of a person after killing that person for a ritual and ceremonial purpose. Head-hunting was conducted to prove one’s manhood, take a rival’s power, make the person a slave in the afterlife, or collect the head as a souvenir or trophy. These are the 10 most vicious groups and tribes that participated in head-hunting. 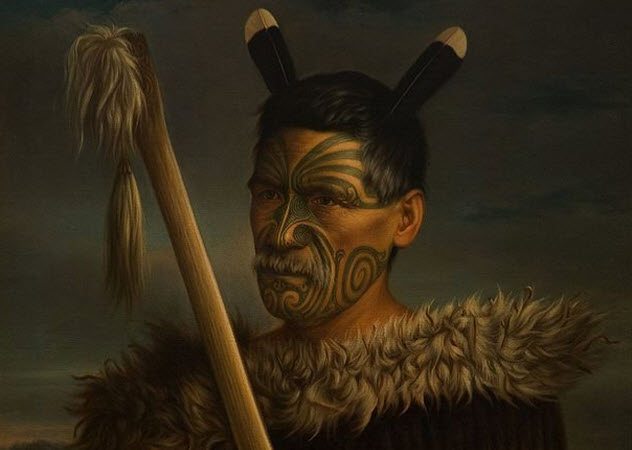 These Polynesian settlers had created their own language and culture that became known as Maori after arriving in New Zealand. The Maori formed tribal groups that were based on Polynesian customs, and within these tribes, a strong warrior culture emerged.

This led to head-hunting during raids and wars. After killing their enemies, these savage Maori would carefully preserve the heads by removing the skulls and then smoking the heads. Afterward, their victims’ tattoos and facial features would still be recognizable and these “pickled heads” became trophies.[1]

The Maori were one of the most known groups to participate in both the head-hunting and cannibalism of their conquered enemies. 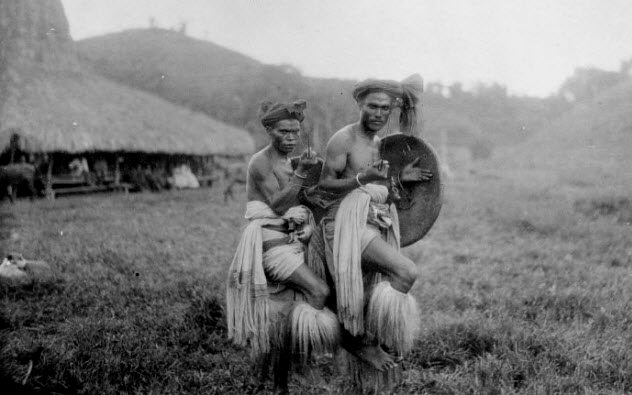 The Sumba people inhabited a very small island in Sumba, Indonesia. East Sumba and West Sumba both participated in the practice of head-hunting for very different reasons. Eastern residents practiced head-hunting largely to show territorial conquest, while the Western people used it as an act of vengeance between equals.

Still, they had similarities, such as keeping and preserving the skulls that they had collected. The East would hang the heads from trees during times of hostility. But during times of peace in their territory, they would bury the heads.[2]

The West would sometimes return only the head to the family of the person beheaded. They would keep the hair to be used for something “magical,” such as certain concoctions. 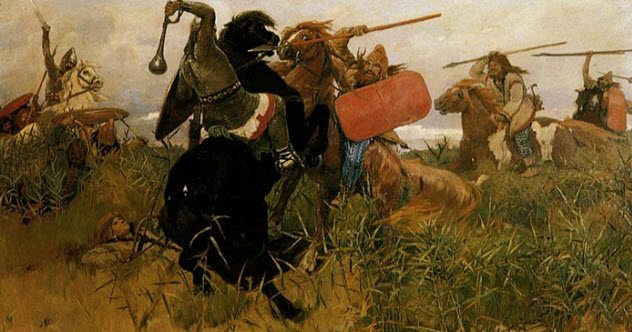 The Scythians were originally Iranian Eurasian nomads who migrated from Central Asia toward southern Russia and Ukraine and founded a rich, powerful empire that is now known as Crimea. The Scythians of Europe were known as excellent horsemen and Aryan headhunters so savage that Herodotus wrote about their tribes. There were even Persian rulers who spent much of their careers trying to exterminate the Scythians. They fought to live and lived to fight.

They would fight from horseback with bows and arrows to kill their prey, and they were excellent marksmen. After the kill, the Scythians were famous for cutting the throats of their enemies, regardless of their age or gender, and sawing open their skulls to use them as drinking cups.[3] 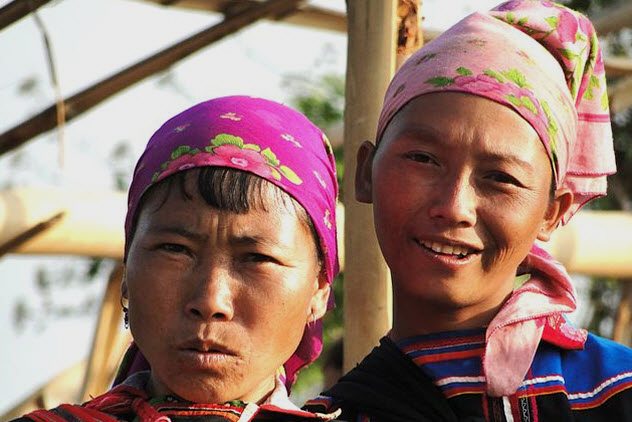 The Wa tribe inhabited the upland area of eastern Myanmar (Burma) and the southwestern Yunnan Province of China. The beliefs of the religious Wa people centered on blood sacrifices. They would kill chickens, pigs, buffalo, and other animals, which were sometimes used as sacrifices for weddings, funerals, and other social gatherings.

The Wa people living in the remote upland area of the China-Myanmar border were also known for their violence toward people. Some of the Wa tribe were known as the “wild” Wa because they practiced head-hunting. They had a definitive season for head-hunting enemies, which was when the tribe needed more fertilizer to help grow their crops.[4] 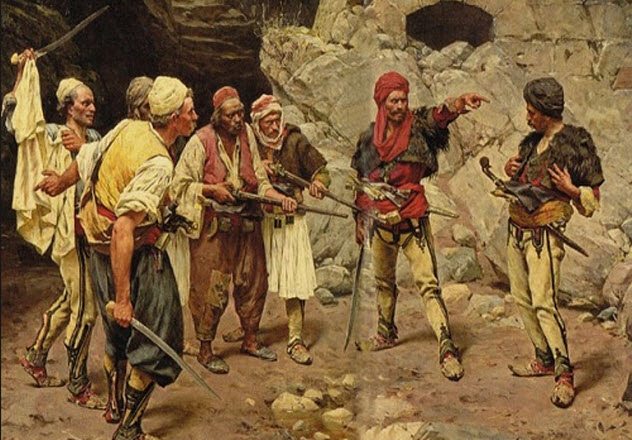 The Montenegrins were avid headhunters and even practiced it as late as 1912. After taking the complete head of their enemy, they would carry it by a lock of hair worn by the decapitator to transfer the soul of the victim to him. The Montenegrins could be found in Europe, and they primarily targeted the Ottoman Turks when head-hunting. The Ottoman Turks were also headhunters but less vicious when attacking.

In Montenegro, head-hunting was an adjunct in warfare and played only a minor role in raiding, especially when the people lived close enough for feuds. Since the Montenegrins weren’t looking for a war or much trouble from their nearby neighbors, their large-scale raids and beheadings were only committed on people who lived a considerable distance away.[5] 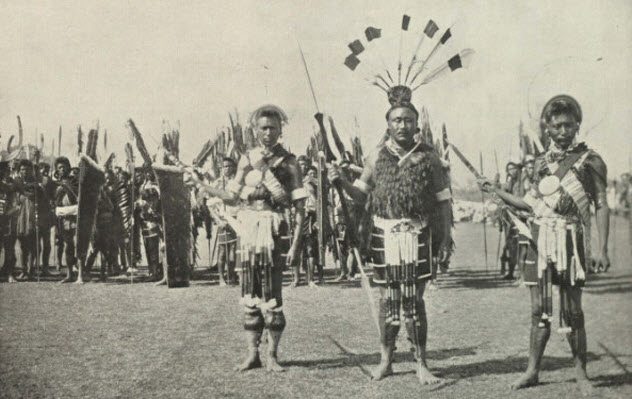 The Naga people are a conglomerate of several tribes in northeastern India and northwestern Myanmar. Seventeen of these tribes have similar cultures and form the Indian state of Nagaland.

Other Naga tribes can be found in the adjoining states of Manipur, Assam, and Arunachal Pradesh as well as in Myanmar. The Naga tribes practiced head-hunting and preserved their enemy’s heads as trophies. In the northeast part of the country, Assam was known to have one of the most savage of the Naga tribes.[6]

The word Assam means “peerless” in the extinct Ahom language, which is the perfect meaning for a group of particularly vicious headhunters who believed that they were above the rest. All the people living south of the Brahmaputra River were formerly headhunters.

Most head-hunting groups were warrior-like attackers, but the Assam tribe approached their prey in a sneakier manner. They used surprise tactics by parties of raiders to take the heads of their enemies. 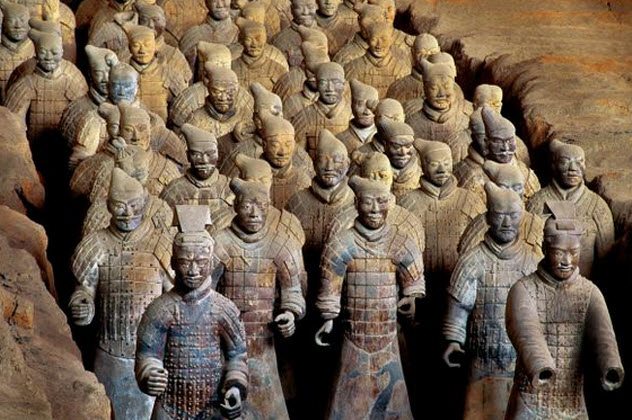 Some of the oldest reports of head-hunting are from the Qin army in China during the Spring and Autumn Period (770–476 BC) and the Warring States Period (475–221 BC). The Qin warriors eventually defeated six other states in war, making the Qin dynasty the first unified, centralized state in Chinese history.

The Qin soldiers were mostly slaves who were looking for a way to move their families to freedom.[7] The soldiers would collect the heads of their murdered enemies and were sometimes granted freedom as a result. It was a great motivator for the Qin army, but it terrified their enemies. 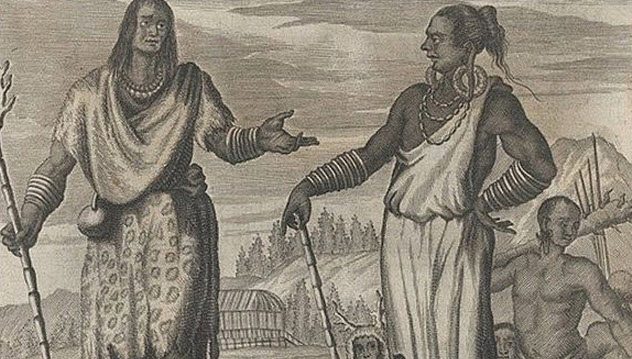 The Taiwanese aborigines were divided into various tribes and areas, but all of them participated in head-hunting except for the Yami people. Late settlers of Taiwan and Japan were often the victims of aboriginal head-hunting raids because the newcomers were seen as invaders, liars, and enemies.

The practice of head-hunting continued during the Japanese occupation of Taiwan. It finally ended in the 1930s due to suppression by the Japanese government.[8]

Before Taiwan was colonized by Japan, head-hunting was practiced regularly and heads would be found at various ceremonies like birthdays, funerals, and weddings. Some heads were boiled and left to dry, and they were often seen hanging from trees. When a group returned with a head, it was sometimes a cause for celebration because the aborigines thought that it would bring good luck. 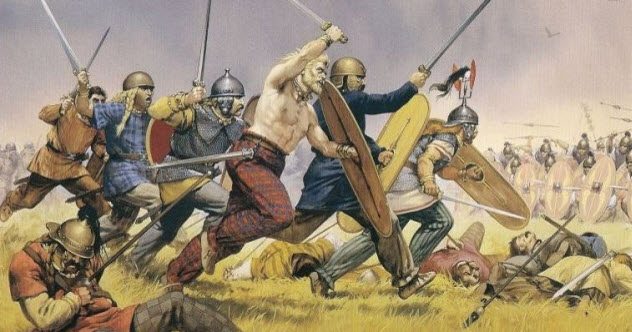 The Celts of Europe practiced head-hunting mainly for religious reasons in the beginning. They were known for nailing the heads of their victims to walls or even dangling them from their horses while riding. Later, the Celts were converted to Christianity by the demi-Celtic Gaels, but the practice of head-hunting continued.[9]

After a while, collecting heads became less of a religious event for the Celts and more traditional and warrior-like. This practice lasted until the end of the Middle Ages in Ireland. 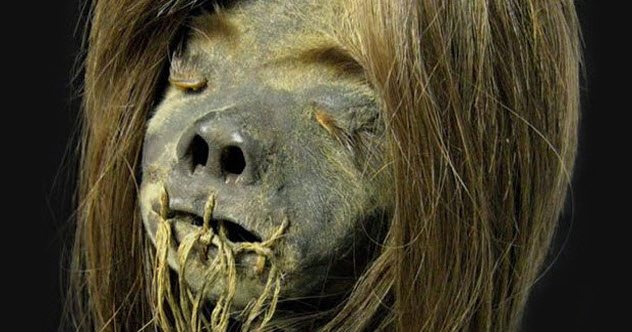 The South American Indian people known as Jivaro lived on the eastern slopes of the Andes and were known to be the most vicious of all the groups when it came to head-hunting. The Jivaro were warlike, and they remain proud that they were never really conquered by others.

This group was made up of tribes that were known for head-hunting and for shrinking the heads that they took. If you take an orange and hold it in your hand, that would be about the size of a Jivaro shrunken head.

The Jivaro people would start by removing the skull of their enemy, and then they would pack the skin with hot sand. This would help shrink the head to that of a small monkey while preserving any features and tattoos. The tribe believed that taking the heads of others would give them supernatural power. They were also motivated by a desire for revenge on anyone they thought deserved it.

The Shuar, who called a shrunken head a tsantsa, was the most dangerous tribe within the Jivaro group. The taking of heads is no longer practiced by their tribe, but they still produce replica heads to sell to tourists who visit the area.[10]

M. David Scott is just a simple, bearded guy trying to write his way through life. Visit him at MDavidScott.com

Read more bizarre and horrifying facts about decapitation on 10 Horrifying Decapitations and 10 Strange And Fascinating Facts About Decapitation.