Keeping up with the news is hard. So hard, in fact, that we’ve decided to save you the hassle by rounding up the most mind-blowing stories each week. This week, stories came thick and fast from across the spectrum of news. There were blowups over pop culture, violent attacks in Europe, political gridlock in Washington, and the deaths of beloved artists. In other words, just another regular, screwy week on our regularly screwy planet. Here’s what you need to know: 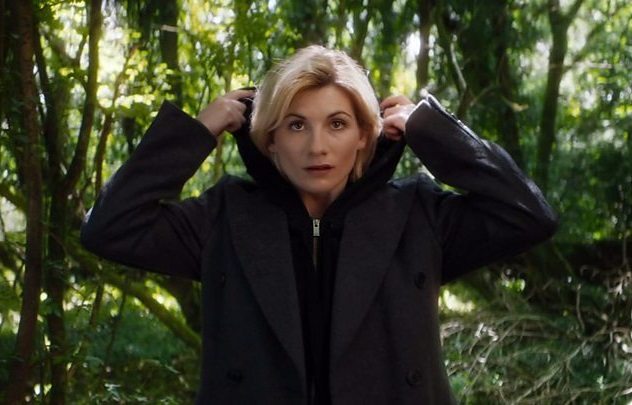 Oh, great. Another piece of pop culture for the world to argue over.

Doctor Who (for all 12 of you who don’t already know) is a long-running British sci-fi show about a man called the Doctor who travels through time and space. At least, he used to be a man. On Sunday, the BBC dropped their first look at the thespian who will take over when incumbent Peter Capaldi leaves. Not only will the Doctor be recast, but he’ll switch gender, too.[1]

Given how calmly the world reacted to an all-female Ghostbusters, we can only assume the Beeb have a hankering to spend the next few years embroiled in the Twitterstorm to end all Twitterstorms. The casting has already been heavily politicized, both by left-wing blogs that have set their smug factor to “maximum” and by right-wing blogs bemoaning PC gone mad.

For what it’s worth, a female Doctor seems like a poor choice. Those who hate identity politics will see it as children’s TV being turned into yet another political battleground, while casting a female Doctor will go no closer to fixing actual sexism than a Broadway musical would toward reconciling Israel and Palestine. 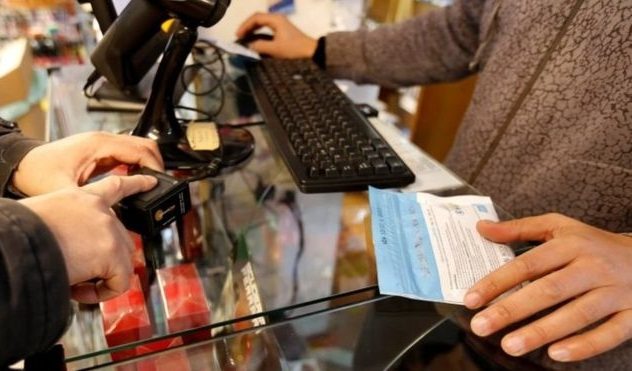 Legally selling pot isn’t completely unheard-of. Amsterdam famously allows tourists to kick back in cafes, and in the US, Washington, Colorado, Alaska, and Oregon have recently gone the same way. (Four more states have technically legalized it, but they haven’t yet figured out tax and zoning laws.) But an entire country opening its doors to commercial weed? There’s only one in the entire world. Step forward, Uruguay.[2]

The tiny South American nation legalized pot in 2013, allowed citizens to start growing their own, and set up state-run farms to produce commercial brands. It was only this week that the first drugstores started dispensing it for recreational use. Sixteen pharmacists across the country got permission to sell one of two government brands: Alpha 1 and Beta 1. Five grams currently retails for about $6.50.

While this is a world first, it still isn’t a free market. Citizens have to register with the government to buy pot, and they’re restricted to 40 grams a month. 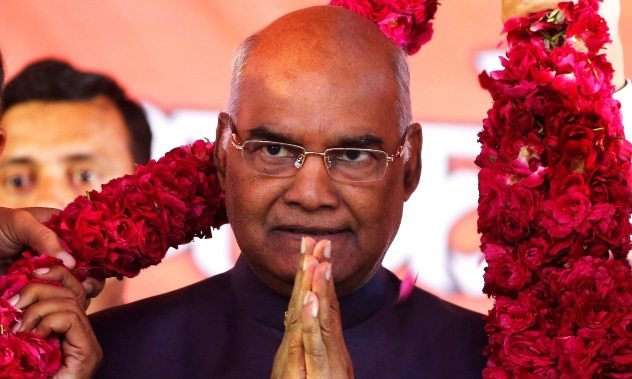 Since the ratification of India’s constitution in 1949, it has been illegal to discriminate against someone based on caste. That hasn’t stopped people from trying. Even today, Indian society is hugely stratified along caste lines. Those born into the top castes enjoy huge advantages. Those born into the Dalit (“Untouchables”) caste often have to deal with poverty, oppression, and job offers that stop at “sewage cleaner.”

All of this helps explain why the story of Ram Nath Kovind is such big news. Born into the Dalit caste, he spent his life working his way up the ladder until he became Governor of Bihar state. This week, he reached the very top. He became president of India.[3]

The Indian Presidency is a ceremonial position, more like Britain’s queen than the US president. Still, it’s a remarkable achievement. Kovind becomes only the second-ever Dalit to achieve India’s highest office, after Kocheril Raman Narayanan in 1997.

7 London Was Gripped By A Wave Of Acid Attacks 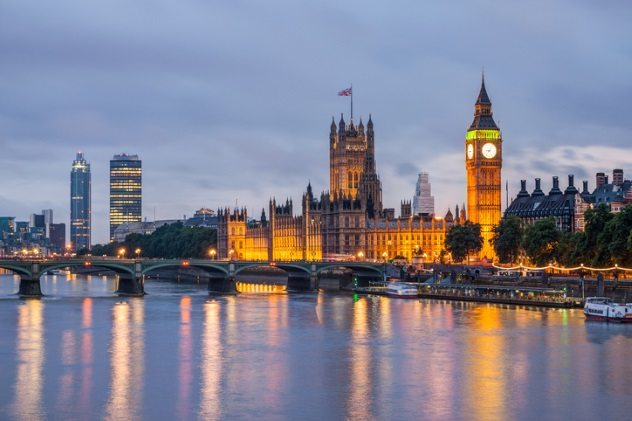 On Friday night last week, two London teenagers aged 15 and 16 set off on bikes around the capital. In a 72-minute period, they threw acid into the faces of five delivery drivers, stealing their vehicles. All five suffered burns. One went blind in one eye. One was so disfigured in the attack that doctors said his injuries were “life changing.”[4]

The teens have now been arrested, but don’t expect justice to be done. The UK is woeful at sentencing acid attackers, even when they leave their victims hideously mutilated. In 2014, Adele Bellis had her ear burned off with sulfuric acid by her then-boyfriend Anthony Riley. Riley served two years. Bellis still needs ongoing plastic surgery.

The spate of attacks also highlighted a worrying trend. The UK is becoming a global hot spot for acid attacks, especially among street gangs. In the six days since the London attacks, a paramedic had acid thrown in her face, and a heavily pregnant woman had acid poured over her stomach. Both attacks were completely unprovoked.

Not long after the Friday night attacks, Home Secretary Amber Rudd signaled an intention to make acid attacks punishable by life in prison. 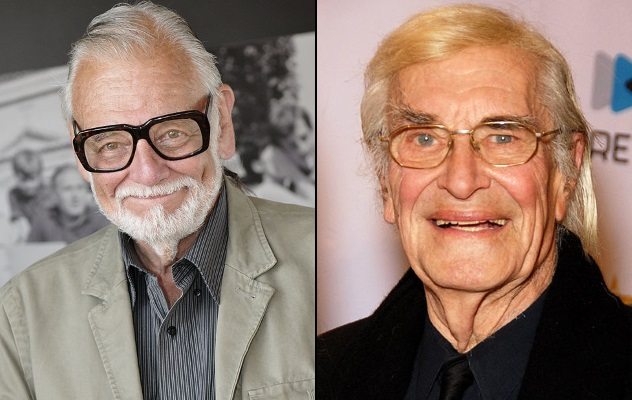 What do you think of when you hear the word “zombies?” Rotting flesh, shambling corpses, cannibalism, and gory B movies? Whatever you see, it can probably be traced back to one guy: George A. Romero.

Before Romero made his seminal Night of the Living Dead, zombies were creatures from Caribbean folklore, hypnotized slaves rather than resurrected flesh-eaters. That’s how influential he was on modern horror; he basically invented the zombie genre. So it came as a punch in the gut to hear he’d died this week, at the grand old age of 77. We can only hope he takes inspiration from his own films and quickly comes back to life.[5]

If that wasn’t enough of a kicker, last week took another great B picture star away from us. Martin Landau was the background character to end all background characters. One of the original Mission Impossible team, he turned up in everything from The Outer Limits to North by Northwest, capping his career with a turn as Bela Lugosi in 1994’s Ed Wood. His death at 89 isn’t exactly a shock, but he will still be missed. 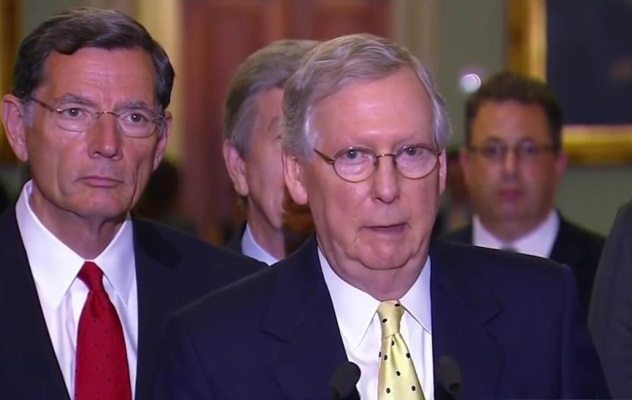 When Republicans won the White House, the House, and the Senate back in November, everyone assumed Obamacare would be gone by about January 20. Things haven’t exactly worked out that way. After six months in power, the GOP managed to get a repeal-and-replace bill through to the Senate, only to watch in horror as three defections this week killed it stone dead.[6]

The bill’s problem is that it is unpopular with both the moderate and Tea Party wings of the GOP. Hard-liners hate the fact there’s any state intervention in health insurance at all. Moderates hate the cuts to state-funded Medicaid. Since those two positions are incompatible, it’s impossible to write a bill that will get all Republicans onboard, hence the bill’s collapse.

The GOP could theoretically now court moderate Democrats, but any deal they strike would probably still be too interventionist for the GOP’s right flank. Talk is now of a “repeal-and-no-replace” bill, which would dismantle Obamacare without putting anything in its place.

4 R. Kelly Was Accused Of Keeping Women In A Creepy Cult 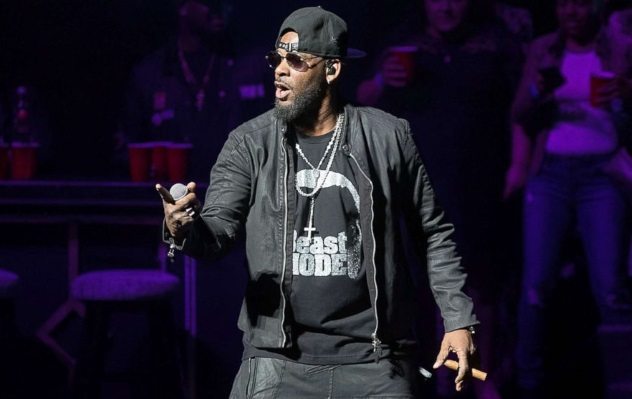 R. Kelly has been at the center of creepy, unproven allegations plenty of times before. The latest came this week and are as creepy as ever. According to a Buzzfeed news report, the R&B singer has started a tiny cult. Six to nine women are alleged to be currently trapped in it, with Kelly controlling what they wear, where they sleep, what they eat, and what weird sexual acts they perform for him to film.[7]

The allegations are unproven. One of the women identified even spoke to TMZ to say she was not in a cult. Yet the parents of some of the girls, along with three former associates of Kelly, have claimed the girls were brainwashed and are subject to physical violence if they disobey Kelly’s commands.

For his part, R. Kelly denies all the charges.

Saudi Arabia is the most religiously conservative state in existence. The petro-kingdom is the home of the austere form of Sunni Islam known as Wahhabism, the basis for the beliefs of Al-Qaeda and ISIS. Women in Saudi Arabia are forbidden from doing pretty much anything, and the ruling classes would probably dismiss the anti-feminist dystopia of The Handmaid’s Tale as “too liberal.”

Yet Saudi Arabia is also a place that’s trying to move into the 21st century. The heir to the throne, Crown Prince Mohammad bin Salman, has been pushing his Vision 2030 project for the country, aiming to defang the religious police, legalize music concerts, and allow woman and girls better access to jobs and education.

It was against this simmering background that a 15-year-old Saudi girl known as Khulood released a video of herself walking around in a miniskirt. Her arrest by the religious police exposed fault lines that could tear the Kingdom’s social fabric apart.[8]

The House of Saud is propped by the religious nutcases in exchange for promoting their hard-line lifestyle. By not severely punishing Khulood, the authorities risk a popular backlash. On the other hand, by not letting her go free, they risk damaging the Vision 2030 project.

Khulood has since been released without charge. How the hard-liners deal with this remains to be seen. 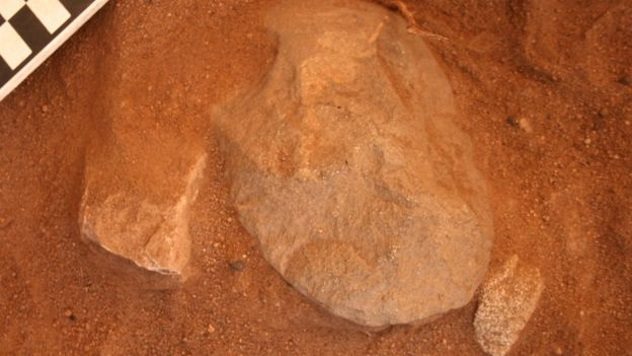 It’s thought that Australia’s Aboriginal people are the oldest continuous civilization on Earth. This week, their claim got even more impressive. As recently as Monday, it was generally thought that the first humans reached Australia around 47,000 years ago. After archaeologists unearthed ancient tools from a shelter in the Northern Territory, however, science has had to push that date back even further. Our best estimate for the arrival of the Aboriginals in Australia is now 63,000 BC.[9]

To put that in perspective, The Sydney Morning Herald suggested readers imagine a band of time 24 hours long, representing Aboriginal culture in Australia. In this timescale, the arrival of Westerners in 1787 would come at 23:54 and 56 seconds. We’re talking a seriously old culture here.

Amazingly, the Australia that the first arriving humans found was even deadlier than the Australia tourists find today. They would have dealt with giant wombats and supersized monitor lizards between 5 and 7 meters (16–23 ft) long with a hankering for flesh. Yikes.

1A US Cop Shot An Innocent Australian Citizen Dead 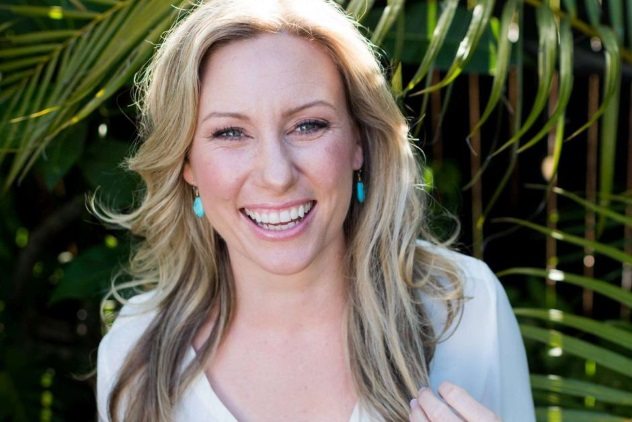 Few recent police screwups have had such potential to cause a diplomatic incident as the one that took place in Minneapolis on Saturday. Australian citizen Justine Diamond thought she heard an assault and called the cops. When they arrived, she went out in her pajamas to talk to the officers. Officer Mohamed Noor saw movement at the driver’s window and fired his gun across his partner. When the smoke cleared, he saw he’d shot and killed Diamond.

Diamond was a 40-year-old mother who didn’t look like a threat to anyone. The fact that she was killed by the officers she expected to protect her is all sorts of heartbreaking. The shooting also caused a minor international incident. Australian PM Malcolm Turnbull has officially demanded an explanation for the shooting from the US government.[10]

Diamond’s death is currently being treated as a homicide. Officer Noor is said to have overreacted after hearing some fireworks go off and is on administrative leave. It’s just a shame that his overreaction cost an innocent woman her life.