Perhaps of all the biblical stories and tales from ancient times, the legends of the Flood are the best known. To most people, these legends are exactly that, mere stories told over the ages and certainly nothing more than fiction.

However, for quite a while, some researchers have offered that the Flood was not merely a myth but a very real event. Initially, the fact that the same story was found in the ancient pasts of various cultures all over the world was the only morsel of proof put forward.

But as the world becomes ever smaller due to improved travel, advanced technology, and the Internet, more finds suggest that the Flood may actually have happened!

10 The Presence Of Chevrons Well Above Sea Level 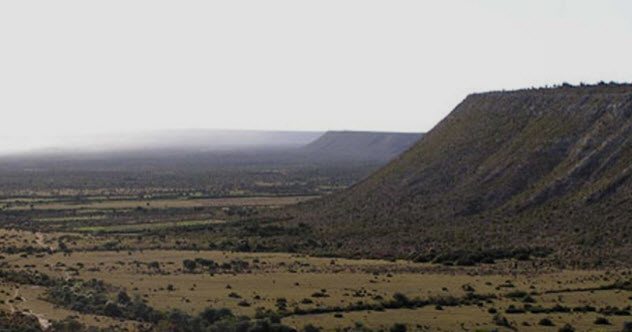 One of the best ways to detect the location of past flooding is the presence of chevrons, which are wedge-shaped structures in the seafloor. Any significant water activity, such as tsunamis, will leave these chevrons behind.

They have, however, been discovered at and above ground level. This suggests that huge, wide-scale flooding occurred at some point in the distant past.

In 2004, these “high-placed” chevrons were discovered in the mountainous regions of Madagascar. Environmental archaeologist Bruce Masse has studied the area in depth.[1] He believes that this includes an area that offers proof of large-scale flooding and its cause—an impact crater under the Indian Ocean that is probably from a large comet crashing to Earth.

This impact, Masse argues, caused gigantic tidal waves and immense flooding. His research also points to this happening about the time that matches other research and ancient writings about the Flood. 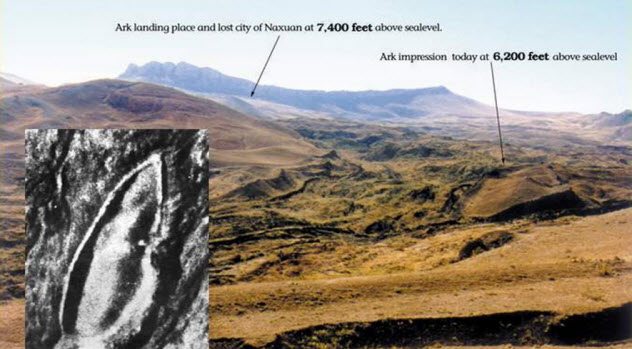 On a piece of land opposite Mount Ararat in modern-day Turkey (where ancient texts suggest the Ark came to rest), David Allen Deal believes that he found the remains of what once was Noah’s Ark. The claims made headlines for a time in the late 1990s as various media outlets broadcast the story—all with different angles and seriousness.

The dimensions of the “remains” broadly match those given in ancient texts, and the area itself is known locally as Naxuan (“Noah’s Zion”). The site had first come to light in the late 1940s following the discovery of the strange outline in the land after an earthquake.[2]

In 1960, Life magazine published pictures of the site. But it wasn’t until Deal conducted extensive research over 10 years that he came forward to claim in his book, The Day Behemoth And Leviathan Died, that the site was indeed the landing spot of Noah’s Ark. 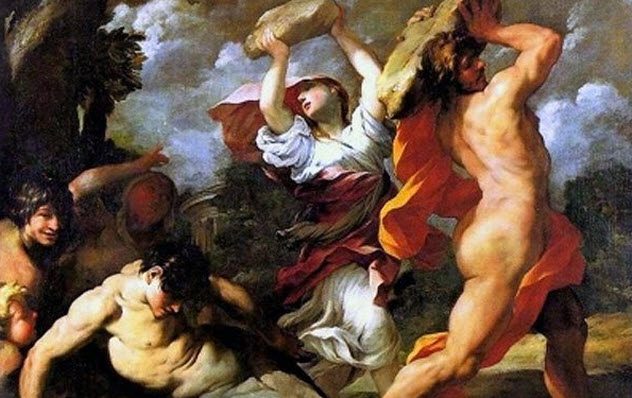 Practically every civilization carries with it a legend of a great flood from “ancient times.” All of them are remarkably similar in detail despite the lack of known contact among these people.

Although we all know the story of Noah and the Ark, we will look a little later at the Epic of Gilgamesh and the ancient writings of Sumer and the flood accounts in those. But there are many other examples.

In Greek myths and legends, Zeus would “send a flood” to destroy the enemies of whom he had grown tired. In this encounter, upon learning of Zeus’s plans, Prometheus instructs his son, Deucalion, to “build a chest.” He did and survived while “all other men perished!”[3]

Roman lore speaks of the god Jupiter, with the help of Neptune, flooding the Earth to rid it of the “evil ways of humanity!” In this story, Deucalion and his wife, Pyrrha, escape the waters on a great boat that washes up on the summit of Parnassus, where Jupiter then takes pity on them.

In ancient Egyptian legends, Atum sends the flood against the “rebellious people.” However, he opts to stay on Earth—interestingly, in the form of a serpent.

Does the fact that all these legends are virtually identical, except for the names and minor points, suggest that they are more historical accounts as opposed to mere legend?

7 The Relevance Of Gobekli Tepe 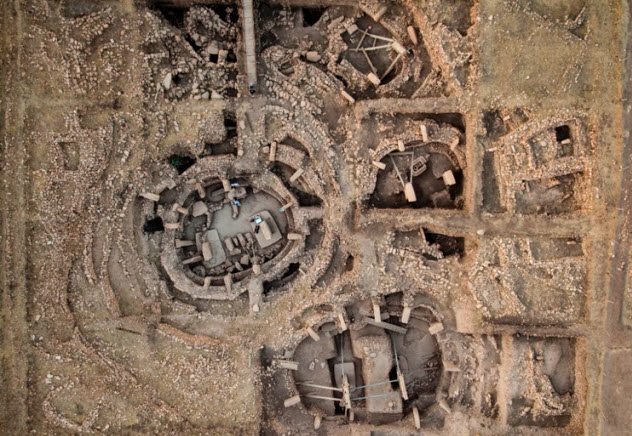 Although it is purely a speculative view, the ancient site of Gobekli Tepe is believed by some to have been one of the first regions to be established after the Flood. Advanced buildings and knowledge of irrigation and agriculture is evident here, as are bizarre stones marked with animals.

From an ancient astronaut perspective, if we believe that the builders of the Ark used advanced technology, might this have been the place where “Noah” began or assisted life in spreading far and wide again?

Incidentally, the site is thought to have been constructed—give or take a few hundred years—around 10,000 BC. There is also evidence of altars where animal remains have been found, suggesting that they had been sacrificed. Again, this would tie in with many of the Bible stories and ancient writings that speak of Noah doing such an act upon leaving the Ark.

Although the land is now under Turkish rule, it was once home to the Armenian people.[4] Many of them claim that their cultural history shows direct lineage to Gobekli Tepe and, in turn, to Noah.

6 Many Underwater Cities Being Discovered 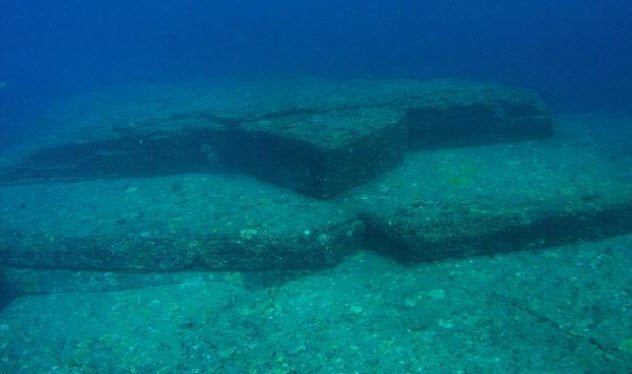 Various underwater cities (or their remains) have been discovered all over the world. Many also correspond to the apparently special date of 10,000 BC in terms of their age at the time of submergence.

An example of these underwater ruins is located off the coast of Okinawa. In 1986, the remains of giant steps and pyramids were discovered there. What made the find even more intriguing were the ancient legends of an underwater city, said to lie exactly where it was eventually discovered. The ruins were found to have been the result of a “highly advanced civilization.”[5]

Off the coast of India, a discovery from 2002 stretches for miles underwater, with initial sonar research suggesting that the city was flooded over during the last Ice Age. 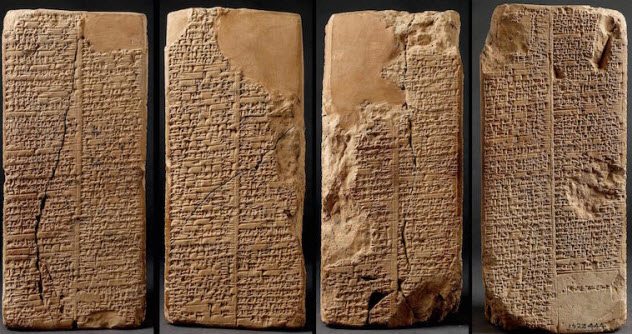 The discovery of the ruins of ancient Sumer and its masses of relics brought to light an item known as the Sumerian King List. This is literally a list of the kings who have ruled over Sumer since the beginning of time.

What is interesting about this list is the rulers who lived before the Flood, which is believed to have occurred approximately 12,000 years ago by most researchers. All these kings ruled for hundreds of years, suggesting that they lived much longer than modern humans. Following the Flood, the length of the reigns began to reflect more realistic human life spans, with most kings ruling between 10 and 40 years.[6]

Why were the apparent life spans of kings before the Flood so much longer than those after, which are the same as the modern human life span? And why does the apparent time of the Flood seem to be the catalyst or marker for such a change?

Could it be partial evidence that the Flood happened and it caused a greater change than we initially thought, including altering the life span of human beings? 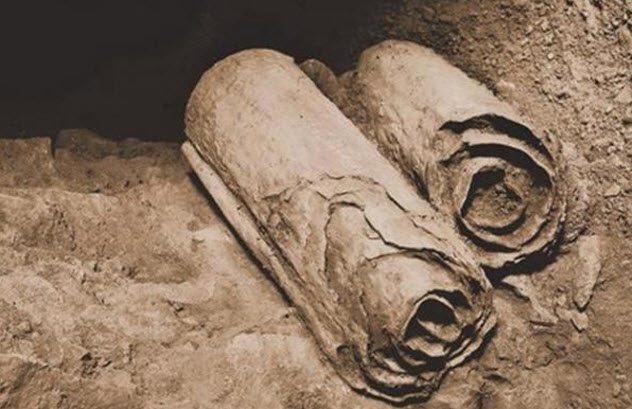 With the discovery of the mysterious writings known as the Dead Sea Scrolls in the late 1940s, we found writings that had not been seen for thousands of years. We also received more descriptions of both the Flood and the “Ark” used by Noah.

The scrolls speak in depth about the Flood and the vessel constructed to navigate it. They suggest that the Ark was shaped like a pyramid. Recently, new technology has managed to reveal a word that previously had been unreadable: ne’esefet (“gathered”).

In the context of the writings, the word suggests that the “ribs of the Ark” were gathered at the top.[7] In other words, it had a pyramid shape. 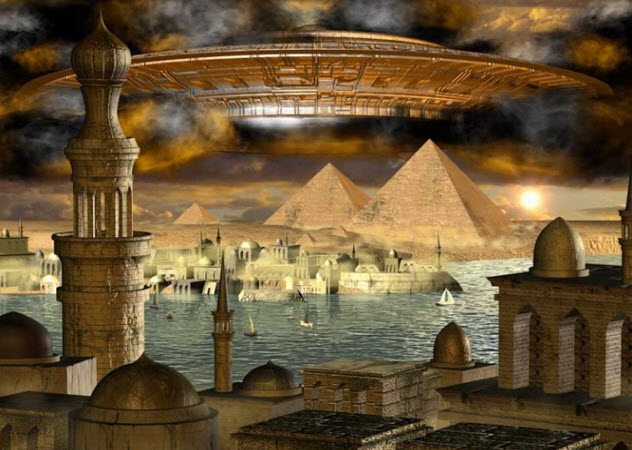 Beginning in the late 1970s, researcher and author Zecharia Sitchin released the first title in his book series called Earth Chronicles. In these books, he told of an alien race, the Anunnaki, who came to Earth and began a “worker race” of human beings to help mine the Earth for gold. These descriptions are based on Sitchin’s translations of ancient Sumerian texts.[8]

In this story, the Anunnaki were aware of a great flood coming to the Earth. They chose not to intervene and save human beings. Instead, Enlil, an Anunnaki leader, instructed his favorite human to create a ship of sorts. The man was to take with him what he needed to preserve life so that he could repopulate Earth following the flood.

Perhaps it should be noted that many people dismiss Sitchin’s work and theories in their entirety. However, another ancient writing, the Epic of Gilgamesh, speaks of similar accounts. Many ancient astronaut theorists insist that Gilgamesh is filled with extraterrestrial references.

2 Mainstream Admissions (At Least To The Possibility) 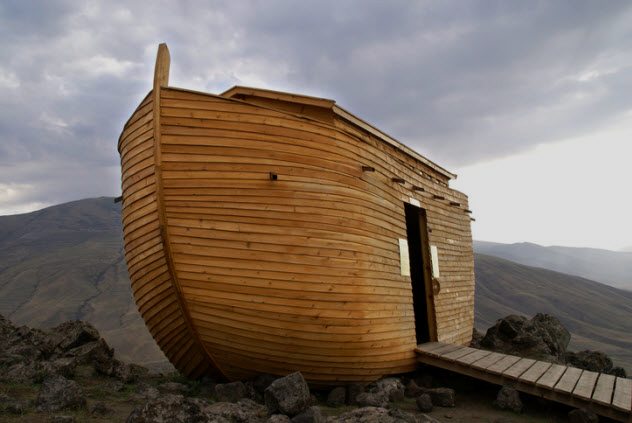 Although theories of the Flood as a real event were once the ramblings of fringe researchers and scientists, more mainstream researchers now seriously ponder this question. This shows a shift in thinking as well as the acceptance of the possibility—perhaps even likelihood—that the Flood was an actual event.[9]

Some conspiracy theorists will tell you that this is a purposeful “drip-feeding” of information (much as alien researchers claim that the authorities are doing in their fields). But if we assume that the Flood did happen, it is more likely that researchers are simply reluctant to “put their necks on the line” for such an outlandish claim without irrefutable proof. Given how long ago this happened, that proof may be difficult to obtain.

1 The Ark Was A DNA Bank 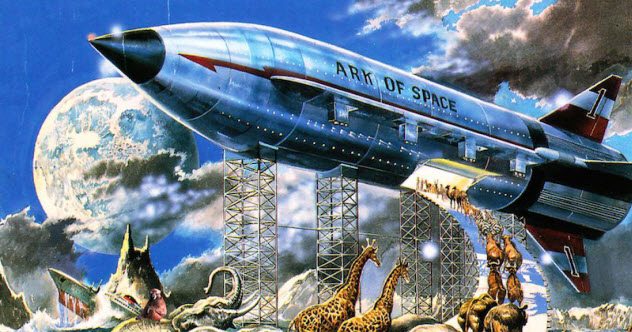 Even if the Flood was proven to be real, surely the stories of the Ark are not true, right? For example, how is it possible for any vessel to literally carry and maintain two of every species? However, like the Flood itself, tales of the Ark (or some other such vessel) are also present in all the flood legends. So might the Ark also have been real?

A proposal by the ancient astronaut community asked this question: What if the Ark—whatever it might have been in nuts-and-bolts terms—had carried only the DNA of every living species in preparation for beginning life again after the waters receded?[10]

This does suggest that advanced technology was available, understood, and used many thousands of years ago. However, maybe we should consider what Rabbi Ariel Bar Tzadok told the TV program Ancient Aliens:

The ancient flood was of vital importance because the world before the flood was very different from the world afterward. There are continual legends from around the world that the “preflood” times were an advanced, technological civilization where human beings were in touch with beings from the stars. All of this was lost because of the contamination that incurred!

Unlikely as this may seem to some, it is certainly an intriguing thought!

Read about more evidence that biblical stories are true on 10 Intriguing Pieces Of Evidence For Bible Stories and 10 Archaeological Discoveries Consistent With Biblical Passages.