Roman gladiators are perhaps some of the most masculine figures in history. However, few people realize that there were also female gladiators (“gladiatrices”) who fought in the Colosseum. The majority of these women chose to fight. They weren’t forced into it through slavery. And many of these female warriors were just as skilled as their male counterparts. 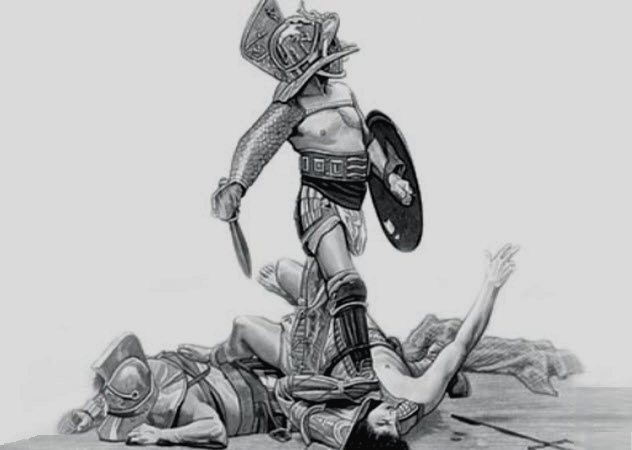 Gladiator battles were very stylized, and fighters were trained to make combat as entertaining as possible for the audience. Since the gladiator games continued for almost 1,000 years, “showrunners” were constantly trying to make things new and interesting.

Gladiators took on personas, complete with costumes and specialized armor. There were also rivalries that went on for multiple battles. This is similar to modern-day wrestling in the WWE, where audience members can follow a narrative as to what is going on between the fighters.

It’s not surprising, then, that female gladiators were eventually brought to the battlefield. Their original purpose was to provide sex appeal and comic relief to the typically bloody and intense spectacle.

Many of these women were not given challenging opponents. They had to fight dwarfs, who played up the fight to make the audience laugh. They would also fight animals like boars and wild game. Eventually, women began fighting one another.[1] 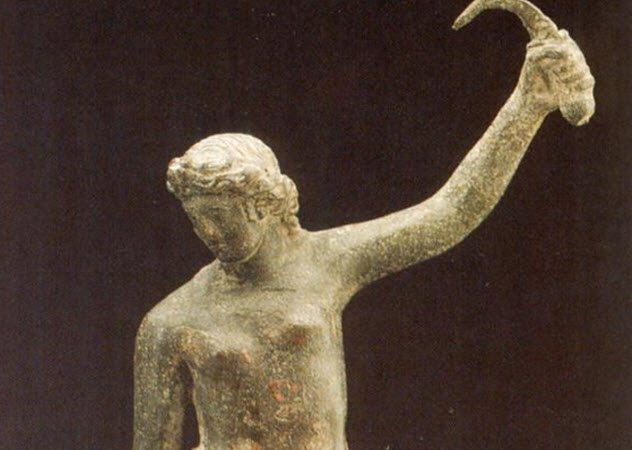 Male gladiators fought without their shirts. So when women started to fight, they needed to wear the same outfits as the men. This means that the women were topless, too.

The female gladiator costume included a loin cloth that would easily fly up and reveal her lower half during the course of the battle. She also wore greaves (shin armor), which protected her legs, and a helmet to protect her head.

She would carry a shield and sword to protect herself from being attacked in her vulnerable areas. At the end of the battle, the woman would remove her helmet so that the audience could see her face. She threw her arm up in the air, holding the sword to signify victory.[2] 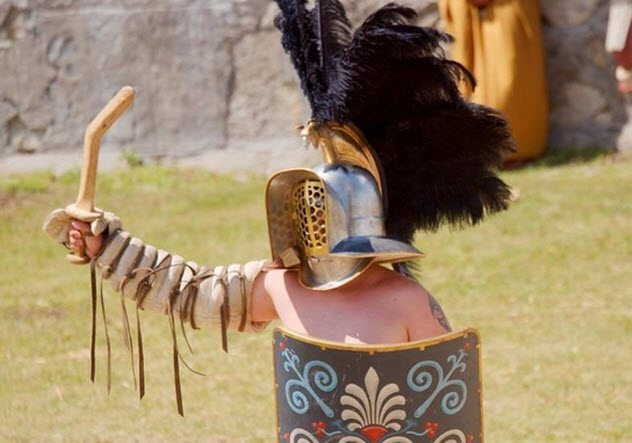 Women were not allowed to attend the all-male gladiator training camps. But young girls sometimes learned gymnastics and martial arts in collegia iuvenum. These were youth social clubs, sort of like the Boy Scouts.

It was rare for girls to participate, but records showed that it happened. A young girl who grew up going to these privileged summer camps could have gotten a taste of fighting at a young age.

A girl’s life was planned out by her father. It was up to him to guide her in finding a husband and to shelter her from dealing with anything practical, like paying the bills.

If a young, single woman’s father died and he left her an inheritance, she was required by Roman law to have a tutor. Since a woman was normally not well-educated, she was seen as needing some sort of male guardian to guide her in decision-making with her finances.[3] 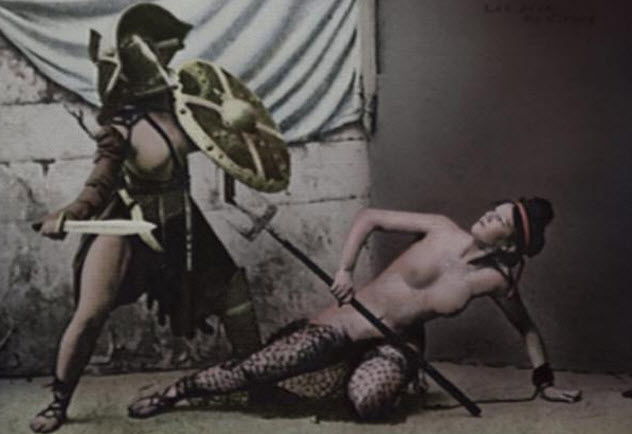 Many free, upper-class men decided to become gladiators because they wanted the fame, the glory, and the chance at winning prize money that could make them rich. Women were no exception. In fact, the vast majority of female gladiators took the job of their own free will.

It was a way for a single woman to earn an income and establish herself as a celebrity in society. If she won a battle, she would be financially independent and would no longer need to take orders from her father, husband, or tutors.[4]

Aulus Cornelius Celsus was a famous scholar who compiled a medical encyclopedia in ancient Rome. He wrote about female gladiators, calling them a “disgrace” and challenging men to imagine their wives coming home with armor and gladiator gear.

This was seen as a threat to women’s roles in proper society. Celsus essentially called female gladiators vulgar and unladylike. Any woman who chose the path of a gladiatrix was rebelling against society in her own way. 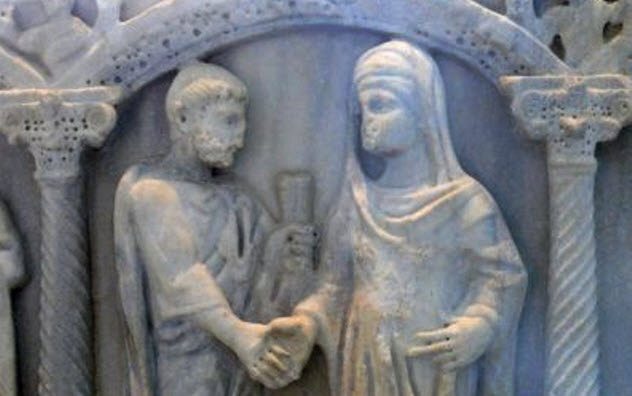 Male gladiators who earned their freedom went on to live normal lives with wives and families. If they were prisoners of war, many of them returned home to their families and friends. On the other hand, women who fought as gladiators were seen as an “official disgrace.” This meant that they were social pariahs who went off the marriage market.

Since a gladiatrix had to fight nearly naked, her status became similar to that of a sex worker or stripper. In fact, all gladiators, regardless of gender, were categorized in the same employment bracket as prostitutes. Gladiators were people who were selling their bodies for entertainment, so their legal rights aligned with sex workers.

In Rome, women usually married young. If a woman came from a wealthy family, it was often an arranged marriage set up by her father. If any woman cheated on her husband, the couple would divorce and the woman was never allowed to marry again. This meant that if her father rejected her, she was destined to live a life of poverty.[5] Even Emperor Augustus banished his daughter Julia when he learned that she had multiple lovers.

While there are no diaries or records of the lives of female gladiators, it is easy to imagine that a woman who chose that lifestyle was possibly blacklisted from marriage because of her infidelity in the past. It is also highly likely that lesbians would find this to be their only option of escape if they didn’t want to be forced into an arranged marriage to a man. 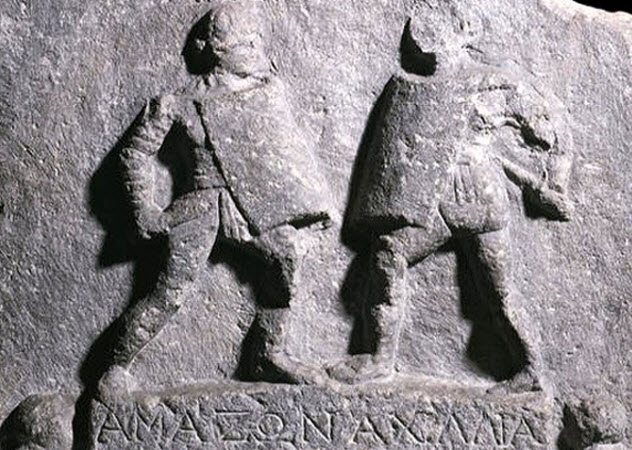 A marble plaque was discovered in Turkey that depicted two female gladiators named Amazon and Achillia. These would have been nicknames as it was common for many gladiators to have a sort of stage persona. There is little known about the personal lives of Amazon and Achillia except that they fought so valiantly that they both won prize money in the end. The fight was declared a draw.[6]

The name “Achillia” seems to be a play on the male name “Achilles.” In the legend of Achilles, he is fighting in a battle and kills a woman named Penthesilea, who was the queen of the Amazons. Just as he kills her, he sees how beautiful she is. A possible life with her as his wife flashes before his eyes. He immediately regrets killing her and feels completely heartbroken that he just murdered a woman who could have been his wife.

The audience would have known this legend and immediately picked up on the reference. The women’s battle was essentially a reenactment, and the decision to allow both Achillia and Amazon to live at the end was almost like giving the audience a happy alternative ending.

It’s no wonder that people loved these women enough to keep a marble plaque in their home as a souvenir. This artifact is the only one of its kind that has been discovered, but one can only imagine the number of stories portrayed by these women through battle.

4 The Grave Of Gladiator Girl 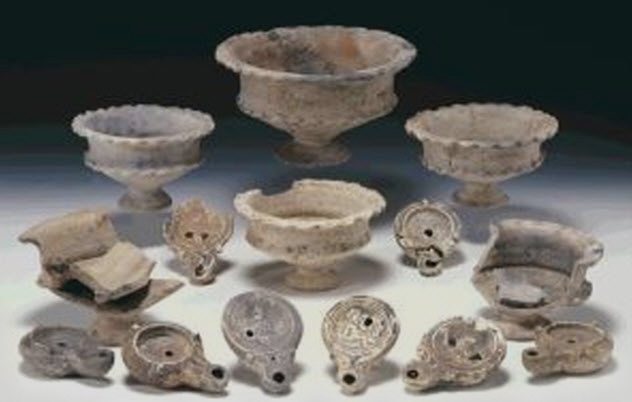 In 2000, archaeologists discovered the tomb of a woman in her late twenties near the Roman Amphitheater in London. She was in good shape and showed no signs of disease.

Her tomb was decorated with gladiator ephemera. There were also remains of food eaten at an elaborate funeral feast, and valuable trinkets were left behind in her grave. Funerals of this sort didn’t happen for just anyone. This leads scholars to believe that this was the grave of a gladiatrix. They nicknamed her “Gladiator Girl” because there is no record of her name.

The fact that the body was buried inside the city is also a giveaway about the life of this woman. According to Roman law, gladiators and all other social pariahs were not allowed to be taken outside the city to be buried in a proper cemetery. The fact that this woman was given such a huge funeral celebration near the amphitheater shows that, despite her social status, she was still loved and cared for.[7] 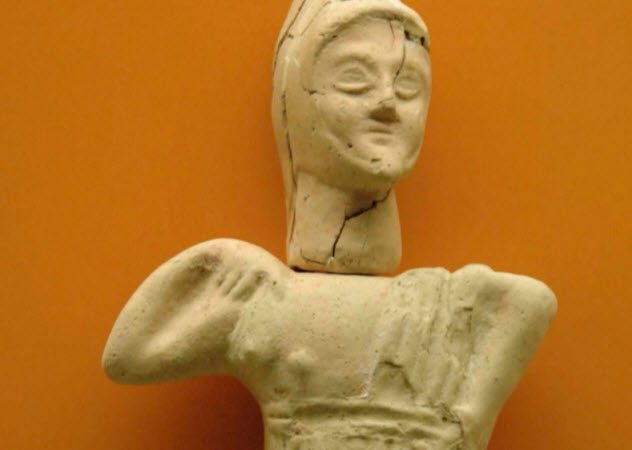 Gladiator battles were one of the most popular sporting events in ancient Rome, and they attracted travelers from all over the empire. So, just like any sport, people wanted to show their support for their favorite athletes and bring home souvenirs from their day at the Colosseum.

During the battles, a souvenir gift shop was open for spectators to buy mirrors, knives with specially carved handles, lanterns with illustrations from popular battles, and more. The popular fighters were highlighted at these souvenir shops.

At home, fathers would tell their children the stories of some epic battles they had witnessed at the Colosseum. It was common for kids to pretend to be gladiators when they were playing. There were even clay dolls that resembled their favorite fighters.

These were the first types of action figures that young boys were allowed to play with.[8] Since there was an elaborate stone etching of Amazon and Achillia, it’s easy to imagine that clay dolls and other souvenirs of the female fighters were sold to fans. 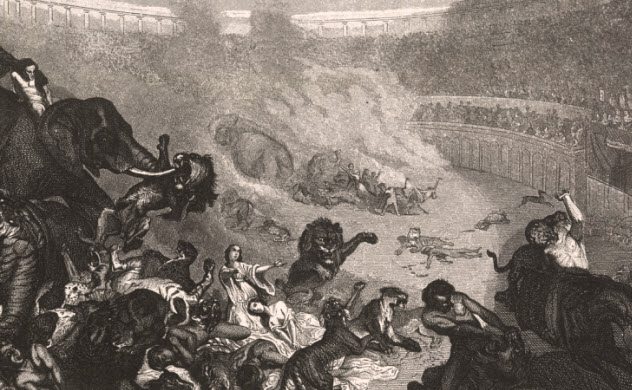 Each Roman emperor had input on the entertainment that took place at the Colosseum, which was used for more than just gladiator battles. Male prisoners of war were trained as gladiators, which at least gave them a chance for survival. When it came to female slaves, they weren’t so lucky.

Nero ordered Ethiopian female and child slaves to hunt wild animals in the arena. Going up against tigers and bears was commonplace in gladiator battles, but it was also used as a death sentence for criminals. They were given small daggers to defend themselves.[9]

Domitian had his own ideas on how to use women in the Colosseum. He took female slaves and commanded them to fight to the death at nighttime, with only the light from torches illuminating the battlefield. 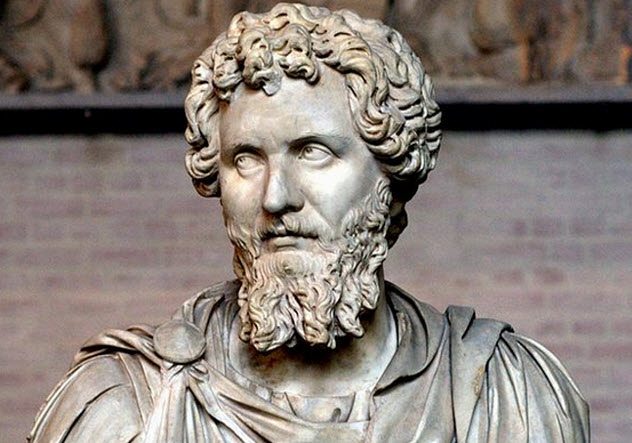 Women were no longer allowed to participate in gladiator battles in AD 200. Emperor Septimius Severus declared that no free-born woman would be allowed to battle as a gladiator ever again. He suddenly made this decision after witnessing the Olympic Games in Greece.

Women were not allowed to compete in the official games in Greece, but they were allowed to play sports and train their bodies like athletes. Since female gladiators were the only female athletes in Rome, Severus knew that if he continued to allow women to train their bodies, they would eventually want to participate in the Olympic Games.[10]

He didn’t want this to happen. Surely, he felt that it would crumble the structure of marriage in their empire. So the first step to killing that dream would be to remove women from the professional “sport” of being gladiatrices.

Women were first allowed to participate in the Olympic Games in Paris in 1900. They started with sports that were feminine enough to be acceptable, like tennis and croquet.

Shannon Quinn is a writer and entrepreneur from the Philadelphia area. You can also find her on Twitter.

Read more about gladiators and other bizarre forms of entertainment at the Colosseum on 10 Famous Gladiators From Ancient Rome and 10 Crazy Shows Romans Could Watch At The Colosseum.