Top 10 Murder Victims Who Solved Their Own Murders

The criminal justice system can be a bit tricky. Even if investigators think they know who committed a crime, they still have to be able to link a suspect to the scene without a shadow of a doubt. This is great for those wrongfully accused, but it’s downright infuriating when it helps the guilty get away with murder.

Between stalled police investigations, poorly collected evidence, and subpar autopsy performances, the incompetence of the living can be enough to make the dead roll over in their graves. Or perhaps rise right up to solve their murder cases themselves. 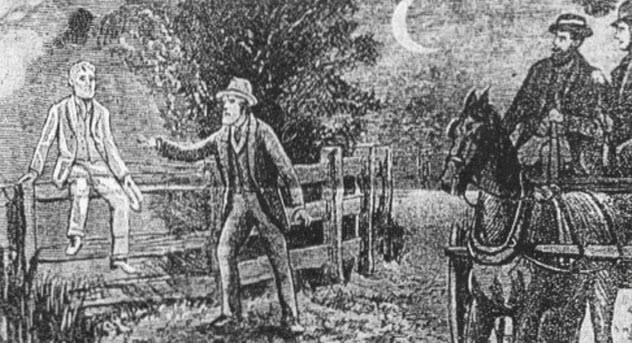 In 1826, Australian farmer Frederick Fisher vanished. His shady neighbor, George Worrall, waved a big red flag when he suddenly remembered that his pal Fred had signed his entire farm over to George before mysteriously skipping town. Four months passed before the ghost of Fred Fisher had had enough of the whole charade and decided to take matters into his own spectral hands.[1]

Fred’s ghost appeared to a man named John Farley and pointed toward a nearby creek before vanishing. Obviously, this freaked out Farley, but he made sure that the area was searched later. Fred’s bloody and battered body was found in a shallow grave right where his ghost had pointed. Good ol’ George eventually confessed to the murder and was hanged.

9 Zona Heaster Shue Came To Her Mother In Visions 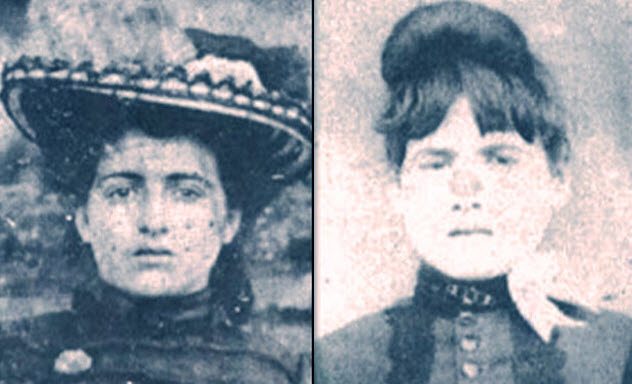 It was winter 1897 when Elva “Zona” Heaster Shue of Greenbrier County, West Virginia, died of what her autopsy claimed was “everlasting faint.” Her mother, Mary Jane Heaster, wasn’t buying it and not just because of the cockamamy excuse for a coroner’s report.

Zona’s ghost had to return from the great beyond to tell her mother what’s what. Over the course of four days, Zona’s ghost made it clear to her mother that her death wasn’t an accident . . . or whatever “everlasting faint” means.

The culprit responsible for her death was her drifter of a husband, Edward Stribbling Trout Shue. Zona’s ghost did a reenactment of The Exorcist and spun her head all the way around to imply that he had snapped her neck.

After a proper autopsy was finally performed, medical professionals miraculously discovered that her neck had, in fact, been broken. Edward was found guilty of Zona’s murder and sentenced to life in prison. However, he only served three years before dying of some unknown illness.[2] 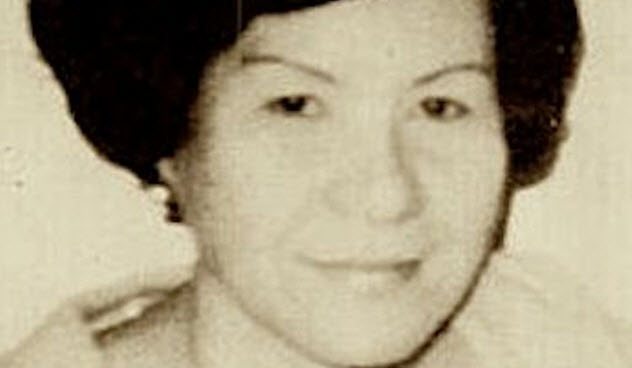 On February 21, 1977, the Chicago Fire Department battled a raging fire that threatened to consume an apartment building. Discovered under a charred mattress was the body of 47-year-old respiratory therapist, Teresita Basa. The fire wasn’t enough to cover up her stab wounds or the butcher knife sticking out of her chest, but police were still stumped as to the identity of her killer.

Meanwhile, Teresita’s ghost was at the home of her former coworkers Dr. Jose Chua and his wife, Remy.[3] Teresita was channeling her story through Remy. Allan Showery was named the killer, and according to Teresita, the man had also stolen some of her jewelry on the way out.

Sure enough, police found the stolen jewelry with Allan’s girlfriend and locked him up. Whether Remy channeled a ghost or not, her otherworldly testimony is what brought Teresita Basa’s killer to justice.

7 Golan Heights Boy Confronted His Murderer From A Past Life 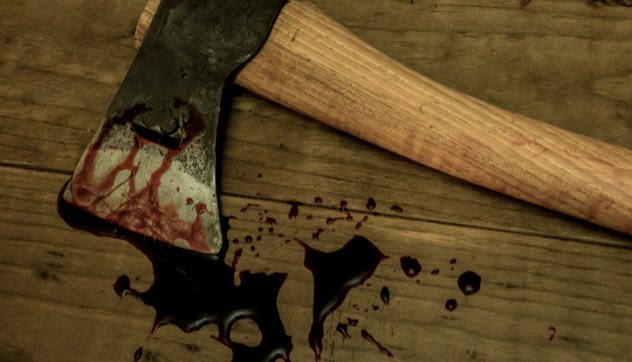 Allegedly, a three-year-old Golan Heights boy claimed to remember dying in a past life from a blow to the head with an axe. He also led elders to his bones, the murder weapon, and his killer.

Then the boy decided to actually confront the local man who killed his former self.[4] The man went white but didn’t confess to the murder until after the bones and weapon were recovered. Creepily enough, the axe wound on the skull of the remains corresponds to the location of a long red birthmark on the child’s head. 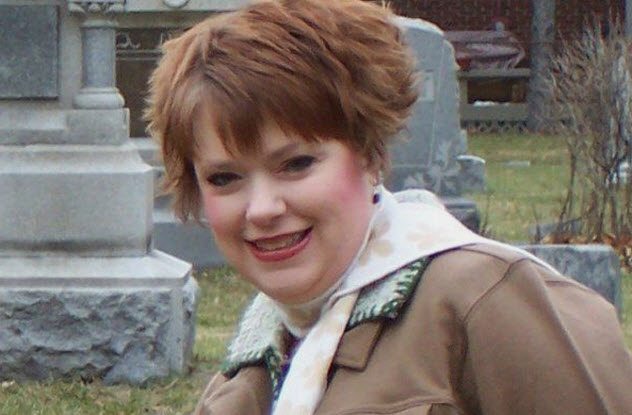 Ashley Howley was only 20 years old when her sociopath of an ex-boyfriend murdered her, encased her body in cement, and buried her near his father’s house.

Police had long suspected Robert P. MacMichael II was somehow involved in her disappearance, but they had nothing to go on. Dogs had already searched the area where her body was buried. But they didn’t pick up her scent, so he got away with it for four years.

Howley was letting none of this slide. She paid a visit to psychic medium Kristy Robinett while Robinett was asleep and gave her all the grisly details, including the location of Howley’s body. MacMichael confessed to the murder after Howley’s body was found. As it turns out, he’d also murdered his own mother and her boyfriend.[5] 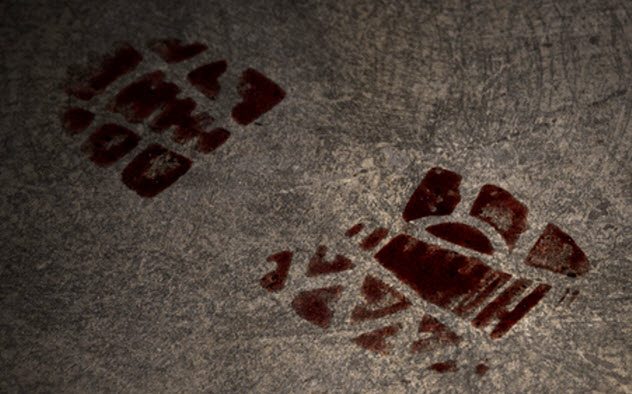 The body of Catherine Ballesteros was found stabbed to death. She had been knifed 33 times. There were bloody footprints on the floor, things were missing from the house, and blood was on the doorknob. Police were hopeful that some of the blood belonged to the killer. But they knew he’d have to have a record if they were going to find him.

It didn’t take DNA evidence to catch this guy. All it took was Catherine herself. Her spirit was hanging around the morgue watching over her grieving parents and mustered up the strength to whisper “Baba” into the ear of her mother, Emer.

As it turns out, there was someone in Catherine’s neighborhood who went by the name “Baba” and he was quite the thief. The suspect, Ryan “Baba” Viscarra, was apprehended, and his fingerprints and blood were a match to those found at the scene. He was eventually tried, found guilty, and sentenced to life in prison.[6] 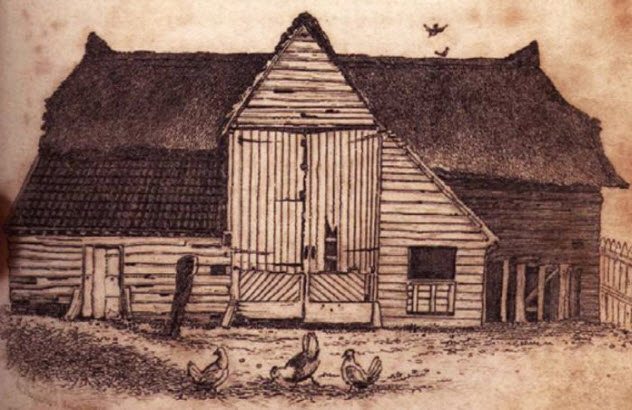 In 1828, William Corder thought he’d found the perfect way to get away with murdering his girlfriend, Maria Marten. He decided to forge a letter to her family claiming she’d eloped with him and all was well.

At first, everyone seemed satisfied enough with the excuse that the letter provided for Maria’s absence. Then her stepmother, Ann, started having terrible dreams of Maria being murdered in the red barn.

After Ann insisted, her husband finally went out to inspect the barn.[7] There Maria was, buried in a grain storage bin and wrapped in a sack with William’s signature green handkerchief still around her neck.

Not only was William publicly hanged for his crime, but his body was dissected and studied. Eventually, his skin was tanned by a surgeon and used to bind a book containing an account of the murder. 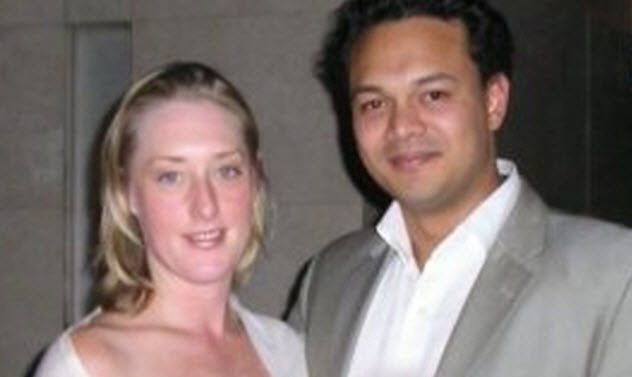 At first glance, it appeared that 33-year-old Nadine Haag had committed suicide in Sydney, Australia, in December 2009. Her lifeless body was discovered with a slashed wrist in her shower.

There was even a suicide letter in her handwriting, but her family refused to believe it. They had a sneaking suspicion that her violent ex-boyfriend, Nastore Guizzon, had staged her murder to look like a suicide. Haag had been in a custody battle with Guizzon.

The cut on her wrist, which was almost to the bone, was excessively deep for a suicide. There were also pills missing from a bottle as if she’d swallowed a handful. But nothing showed up in her system. What police hadn’t originally noticed was the scrap of paper behind her suicide note which said, “He did it.”

Those chilling words were also found etched into the bathroom tile three years later by the new tenants. In 2013, the coroner disagreed with the initial police finding of suicide. But there was still nothing to physically place Guizzon at Haag’s apartment the day of the murder.[8] 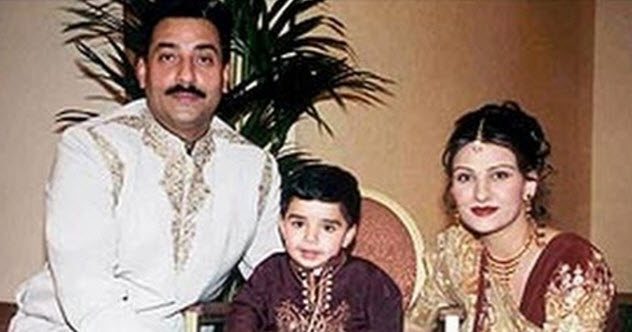 Amarjit Chohan was murdered along with his wife, children, and mother-in-law in 2003. In an attempt to hide any evidence, his killers dumped his body in the ocean. What they hadn’t counted on: Their address was left on the body.

Apparently, Chohan had come across a piece of mail while he was being held prisoner in the home of Kenneth Regan. Chohan took the letter—with Regan’s address on it—and stuffed it in his sock.[9]

When his body was finally discovered, it had a story to tell—like a message in a bottle. Chohan had left all the information needed to lead the police straight back to Regan’s home and to his accomplices, Bill Horncy and Peter Rees. 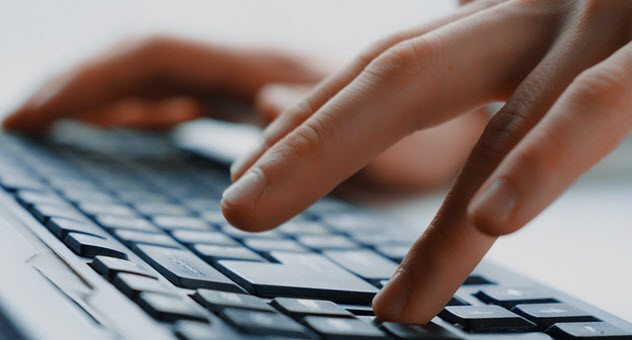 This strange turn of events was the first of its kind. A blogger named Simon Ng recorded the events leading up to his murder and that of his sister, Sharon. His sister’s ex-boyfriend, Jin Lin, had come to their apartment claiming that he wanted his fishing poles back. Simon was blogging about his weird day and the fact that his sister’s ex was in the house.

Minutes after that post, Lin snapped and repeatedly stabbed Simon in the chest. Then he tied up Simon and ransacked the apartment. When Sharon came home to find this gruesome scene, Lin stabbed her, too, and then returned to brutalizing her brother, Simon.

On the day of the murders, Simon had blogged the following:

Anyway today has been weird, at 3 some guy ringed the bell. I went down and recognized it was my sister’s former boyfriend. He told me he wants to get his fishing poles back. I told him to wait downstair while I get them for him. While I was searching them, he is already in the house. He is still here right now, smoking, walking all around the house with his shoes on which btw I just washed the floor 2 days ago! Hopefully he will leave soon.[10]

The siblings died, but police were able to place Lin at the scene thanks to Simon’s blog. Lin was convicted in 2008 and sentenced to life in prison without parole.

Lyra is a writer and curator of creepy tales and historical oddities. She is the mastermind behind UnsettlingThings.com and the author of the travel guide 2 Days Exploring Haunted Key West. Follow Lyra on Twitter, and visit her Amazon Author Page.

Read about more murder victims who surprised everyone on 10 Murderers Haunted By Their Victim’s Ghost and 10 Murder Victims Who Turned Up Alive.