Many stars of both genders and all ages in Hollywood, Europe, India, China, and elsewhere have complained of being sexually harassed or even assaulted by big-name studio executives, producers, directors, or fellow actors.

Often, the stars refuse demands to trade sex for movie roles, but on occasion, some succumb. Whether they do or not, most of these celebrities have not identified their abusers for a variety of reasons, including their fear of committing career suicide. The stars on this list are different: These 10 casting couch victims dared to name names. 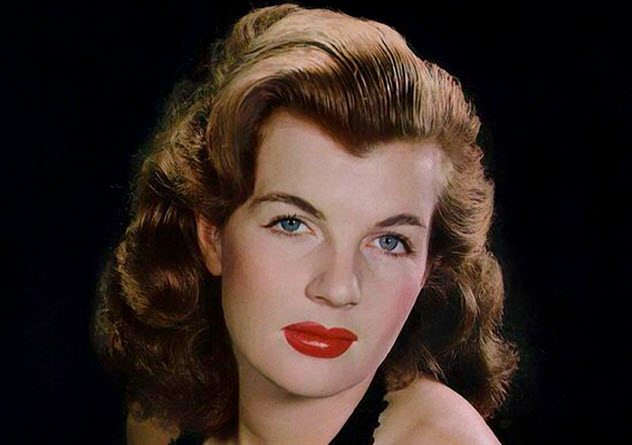 Even when it was clear to him that actress Corinne Calvet lacked the talent to become the next Greta Garbo or Ingrid Bergman, Paramount Pictures producer Hal Wallis continued to show interest in Calvet. According to her autobiography, Has Corinne Been a Good Girl? (1983), Wallis expected her to have sex with him in exchange for her starring in the studio’s 1949 film Rope of Sand.

However, Calvet was unwilling to trade sex for a role in the film. She was a married woman, she told him. Allegedly, he countered by stating that her marriage was merely one of convenience, suggested by him as good for publicity. Wallis dropped her option in 1953.

To avenge herself, she had sex with him while she was sick. The next day, Wallis developed a strep throat. Calvet sent him four dozen roses with a get-well-soon card and a note: “Next time, I’ll give you something worse. Best wishes for your recovery.”[1] 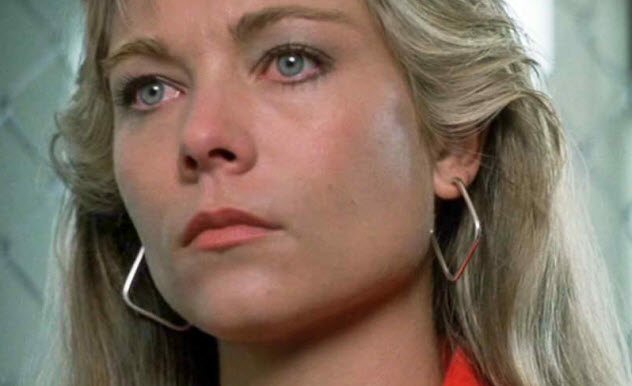 According to Theresa Russell, she was propositioned by Sam Spiegel, the producer of the 1976 movie The Last Tycoon in which she starred with Robert De Niro. If she refused to have sex with Spiegel, he’d destroy her career, Spiegel told her. Russell refused. “If it meant the end of my career, then I don’t have a career,” she told an interviewer. As it turned out, she was cast anyway.

She said the experience didn’t influence or affect her portrayal of Marilyn Monroe in Insignificance (1985) opposite Michael Emil, despite Monroe’s also having been subjected to unwanted sexual advances during her acting career. “They were unrelated,” she said.[2] 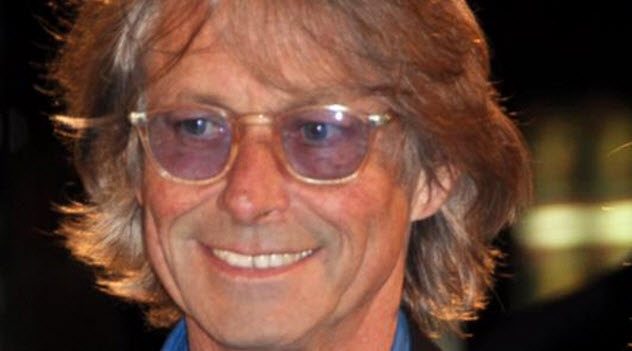 Bruce Robinson landed his role as Benvolio in Romeo and Juliet (1968) after Italian director Franco Zeffirelli performed oral sex on the twentysomething actor. Robinson discussed the incident on a 1998 edition of The Ruby Wax Show.

He’d just left acting school, he said, and Zeffirelli’s film was his big break. When Robinson went to the director’s apartment in downtown Rome, Zeffirelli, who’d just returned home from a trip, sat next to Robinson on the couch and gave him a French kiss.

Robinson said that his host didn’t “bum” him, but the experience was traumatic because Robinson isn’t homosexual. He said that he succumbed to Zeffirelli’s uninvited overtures “because getting the part seemed to be so important.”[3] 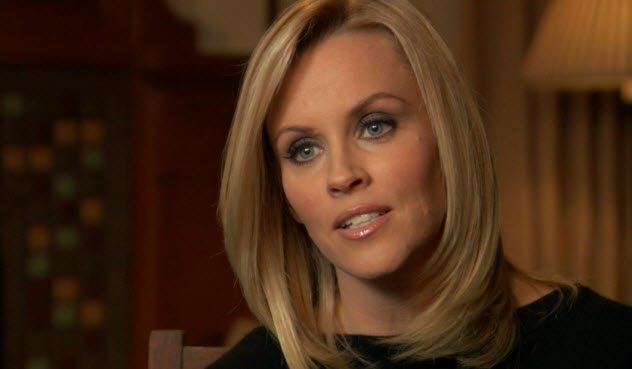 Jenny McCarthy said that Steven Seagal ordered her to strip during a casting call for his 1995 movie Under Siege 2. After inviting her to take a seat on his couch, Seagal asked, “So, you were Playmate of the Year?”

He then told her to take off her dress, at which point McCarthy told him to “rent [her] Playboy video,” started crying, and fled his office. McCarthy said Seagal warned her not to tell anyone about the incident.

In 1998, in a Penthouse magazine feature, nine other women said Seagal had harassed them.

In 2001, Patricia Nichols sued Seagal for “inappropriate comments . . . and actions.” Seagal contended that he was being “shaken down.” The jury determined that Seagal had slandered Nichols but didn’t award her any damages.

In 2010, his former executive assistant, Kayden Nguyen, sued Seagal for sexual harassment and human trafficking. Nguyen said that the actor had held her for six days against her will in a home in Louisiana where he sexually assaulted her three times.

Seagal’s lawyer denied Nguyen’s allegations, characterizing them as a “ridiculous and absurd claim by a disgruntled ex-employee who was fired for using illegal narcotics.”[4] 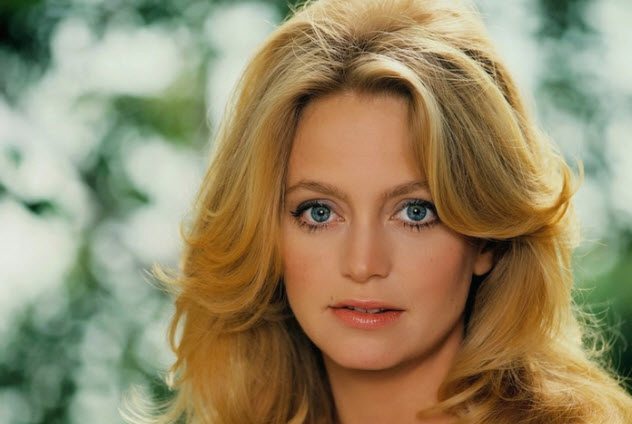 In her 2005 New York Times best-selling autobiography, A Lotus Grows in the Mud, Goldie Hawn recounts the time that cartoonist Al Capp, creator of the comic strip Li’l Abner, exposed himself to her.

Capp arranged to audition her in his New York City apartment. He wanted to consider her for the part of Tenderlief Ericsson, a new character he’d created for a television series. Soon after she arrived at his apartment, Capp excused himself, returning in a silk dressing gown.

After Hawn poured tea for them, as Capp had asked, he promised to hire an acting coach for her “if this works out today.” During her audition, he asked to see her legs, telling her to lift her dress higher and higher until she balked. She said that she needed to leave so she didn’t miss her train.

Capp asked her to sit beside him on his couch. Reluctantly, she did and saw he’d parted his robe to “reveal a flaccid penis resting heavily against his wooden leg.”[5]

When Hawn told him she’d never “get a job like this,” he angrily dismissed her, advising her to “marry a Jewish dentist [because she’d] never get anywhere in this business.” On her way out of the building, she realized that the butler and doorman were Capp’s accomplices. 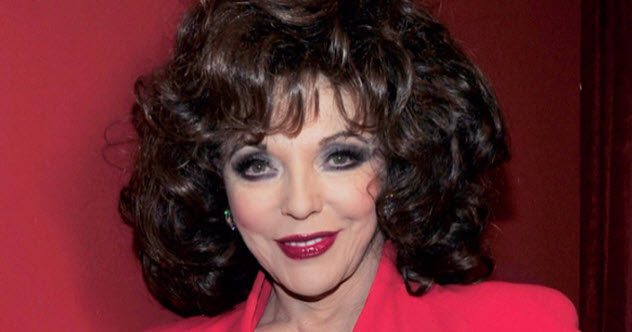 A few days later, Collins said, Zanuck propositioned her, telling her that he was Hollywood’s “biggest” and had the stamina to “go all night.” Despite Monroe’s warning, Collins was so shocked that she couldn’t think of a reply. She freed herself from his grasp and quickly returned to the set.[6]

Collins believes that her career didn’t attain the full degree of success it might have enjoyed due in part to the casting couch mindset of studio executives like Zanuck, one of the period’s infamous womanizers. She said that she failed to secure the lead role in the 1963 movie Cleopatra because she refused to “be nice” to some of Hollywood’s key players. 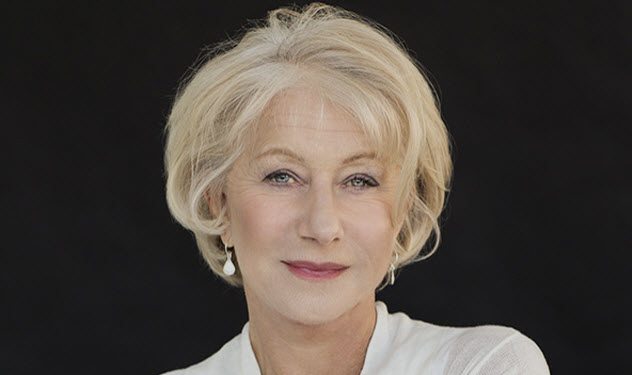 Their absences may have had something to do with Winner’s treatment of Dame Helen Mirren. The “insulting and sexist” director of Death Wish treated the actress “like a piece of meat,” Mirren said.

During a casting call for a 1964 film, Winner ordered the Oscar-winning actress to turn around and exhibit her body to him. “I was mortified and incredibly angry” to have been treated that way, she said, calling Winner a “loser.”[7] 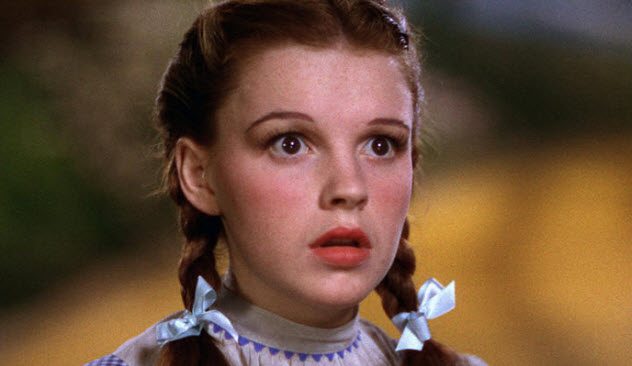 Producer Louis B. Mayer, a cofounder of Metro-Goldwyn-Mayer studios, was fond of groping Judy Garland. According to her, Mayer and others sexually harassed and molested her from ages 16 to 20.

The worst offender was Mayer himself, who praised her singing. “You sing from the heart,” he’d say. Touching her left breast, he’d add, “This is where you sing from.” He repeated this for four years until Garland gathered enough courage to tell him to keep his hands to himself.

“Mr. Mayer, don’t you ever do that again,” she told him. “If you want to tell me where I sing from, just point.” Mayer sat and cried. “How can you say that to me, to me who has treated you like a father?”[8]

No one in Hollywood knew of Garland’s treatment at the hands of Mayer and others until biographer Gerald Clarke, researching his book on the actress’s life story, found Garland’s unpublished autobiography in which she’d detailed the incidents. 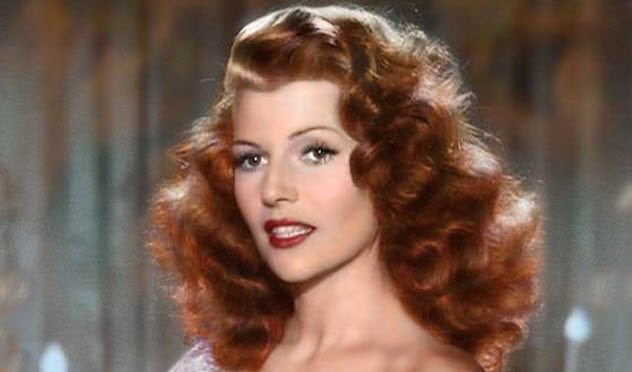 Harry Cohn, a cofounder of Columbia Pictures Corporation, was its president. Rita Hayworth was an actress under contract with his studio. Possibly to avenge himself upon her because she’d “rejected Cohn’s casting couch” earlier in her career, the executive used his position and influence to “exacerbate her disastrous marriages and excoriate her husbands.” He also used his power to attempt to coerce her into having sex with him.

Producer James Hill, who hadn’t yet married Hayworth but would be her last husband, was at her Beverly Hills home on Christmas Day when he mistook Cohn, who was also present, for a “cleaning man.” Cohn was so outraged that he ordered his chauffeur to throttle Hill, but Hayworth intervened.

Spared a beating, Hill overheard a conversation between Cohn and Hayworth in which the studio executive berated the actress with vulgar language and demanded that she accompany him on a trip during which she was to have sex with him.

Cohn told her to join him and his family on their vacation trip during which she’d have her own bedroom “for a change.” His laughter implied that he planned to visit her there.

He said he wouldn’t accept the excuse that she was busy because he knew her boyfriend was with another woman in the Alps. Cohn told Hayworth to fetch her diaphragm and get in his car, but she refused.[9]

Cohn had been trying to bed Hayworth for years. His spies reported on her whereabouts and activities. He bugged her dressing room to eavesdrop on her conversations. He’d humiliate her by leaving the door to the bathroom adjoining his office open when he used the toilet in her presence. When she refused to give in to his demands for sex, he further demeaned her. 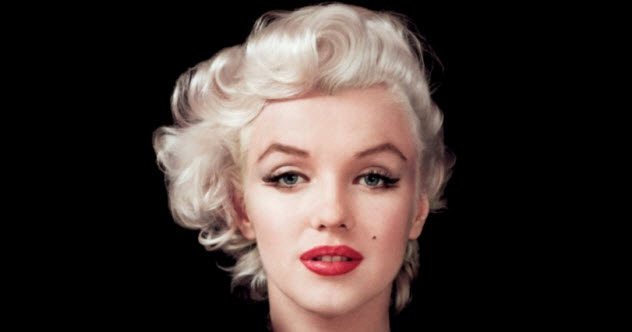 Harry Cohn also pursued Marilyn Monroe, and when she rejected his advances, he went into a rage. Jonie Taps, his executive assistant at Columbia Pictures, reported a telephone call during which Cohn raged at the party on the other end of the line, demanding to know why “that fat pig” Monroe had been given a part in the 1948 film Ladies of the Chorus. Had she landed the role in exchange for sex? he demanded to know.

Monroe attributed her loss of status to her refusal to have sex with Cohn. After calling her into his office, he invited her to join him on his yacht. Then he tried to have sex with her, but she refused. When he told her “this is your last chance,” she responded by walking out. When her contract came up for renewal, Cohn fired her.

By her own account, Monroe didn’t always turn down movie roles offered to her by way of the casting couch. Two years before her death, she told actor Jaik Rosenstein that she sometimes traded sex for film roles.

Actresses are aware that a producer who calls an actress into his office wants to do more than discuss a script, she said. Landing a part in a movie is sometimes more important to an actress than eating or having a roof over her head, Monroe said, adding that she’d gone hungry and slept in cars herself “lots of times.”

Read about more Hollywood scandals on 10 Disturbing Stories About Hollywood’s Pedophile Problem and 10 Dark Hollywood Scandals That Are Long Forgotten.