Funerals give us the chance to grieve the death of our loved ones and are often fraught with tense emotions. Given the high tensions and sometimes shocking revelations that can occur at these gatherings, it might be considered something of a blessing in disguise that we are present (usually) in body only.

Unsurprisingly, few people live to see their own funeral; most are long dead before the ceremony begins. However, the following people each managed to witness their own life’s memorial—either by choice or by bizarre chance. 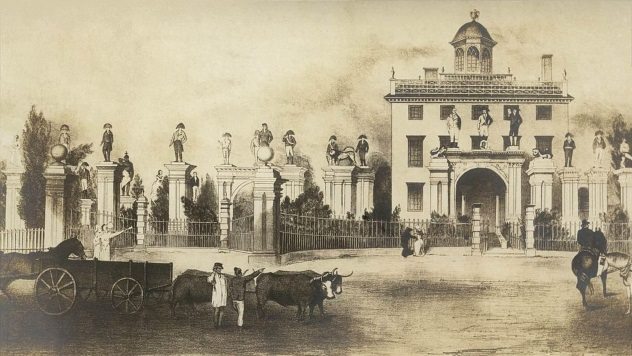 Eccentric 18th-century millionaire Timothy Dexter wanted to know what people thought about him. He decided to hold a mock funeral, hide, and see how his death affected the guests.[1] Dexter sent out a notice, which claimed he had died, and his family invited people to his funeral.

Over 3,000 people attended the ceremony. Dexter’s family greeted the mourners. The grieving guests were led inside and seated in front of an extravagant coffin. A man, who Dexter had hired to pose as a priest, read a long eulogy, which Dexter had written. After he finished speaking, the coffin was carried to the garden and buried.

A feast followed the service. However, the meal was interrupted by a loud noise coming from the kitchen. The guests opened the door and saw Dexter beating his wife. He was angry because he thought that she had not cried enough during the service. 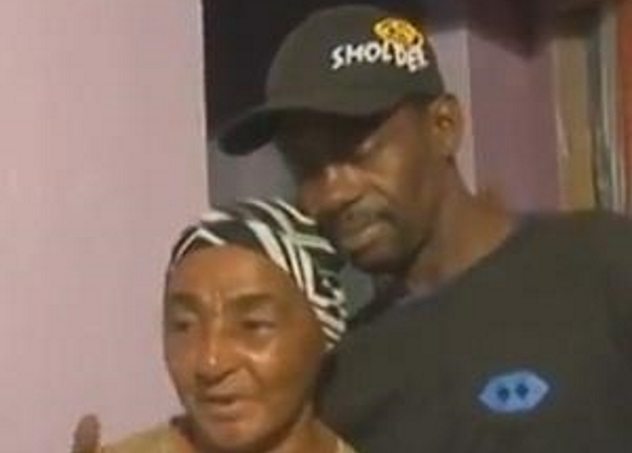 In 2012, Jose Marcos received a phone call from the police. They told him his brother, Gilberto Araujo, had been killed, and his body was in the morgue. Marcos had to go to the police station and identify his brother’s body. He confirmed that the dead man was Araujo.

Araujo’s family planned a funeral for the dead man. As the mourners gathered to grieve around the casket, Araujo showed up at the front door. His appearance terrified the guests: Some people fainted, and others fled in panic. A friend told Araujo that his body was in the nearby coffin. Araujo assured his loved ones that he was alive, and he offered to let them pinch him to prove it.[2]

Araujo told his family that he had recently learned of the mistake from an acquaintance, who told him that his family was preparing his funeral. He tried to call and tell them he was alive, but they thought that it was a cruel prank.

The family returned the body to the police, who discovered the corpse’s true identity: Genivaldo Santos Gama, a man who closely resembled Araujo. 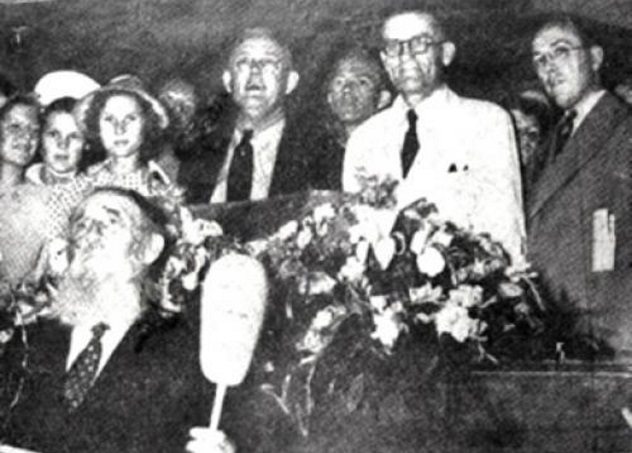 Felix Breazeale spent five years planning his own funeral. As he’d never married or had many friends, Breazeale was eager to hear what the preacher had to say about him. His bizarre funeral in 1938 gained national attention, and 8,000 people attended. Vendors sold soft drinks and hot dogs, and the spectacle had a carnival-like atmosphere.[3]

Breazeale arrived in a hearse, seated next to the driver. Guests mobbed him when he stepped out of the vehicle. Breazeale needed help from state troopers to get inside the funeral tent. He sat in a chair next to his self-made coffin, and he listened to the preacher give a eulogy.

Hundreds of people approached him after the ceremony. Breazeale shook their hands, and he signed autographs. He was pleased with the service, and he said that it was the nicest that he had attended. Breazeale died five years later in 1943. As he requested, no funeral was given. 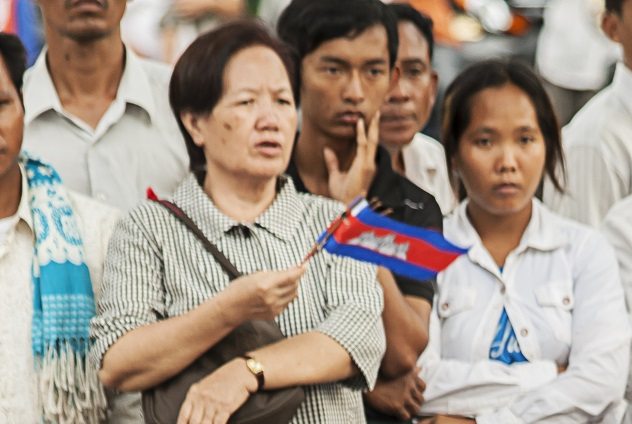 Kong Channeang suffered from a mental illness. During the day, his family left him chained in their home—a common practice in Cambodia.[4] However, one day in 2014, he managed to slip out of the chains. His family searched for him, but they could not find him.

A few days later, a decomposing body was spotted in a nearby river. His family believed that the body was Kong’s, and they arranged a funeral for him. They began to prepare the body for cremation. However, they froze when Kong showed up.

Mourners were terrified at Kong’s appearance, and most of them ran away. They were afraid that they were being haunted by a ghost. Kong’s father was among those who fled, but he stopped when Kong yelled for him. He walked up to his son, grabbed his hand, and told the family that his son was no ghost. 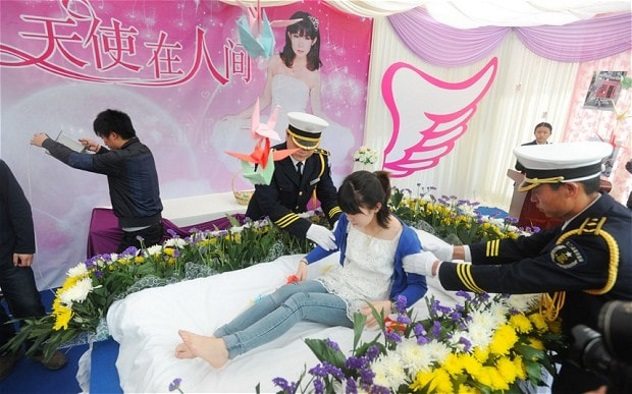 In 2013, after attending her grandfather’s funeral, Zeng Jia decided to have a funeral of her own. Zeng scheduled a ceremony at a funeral home and invited her friends and family. She bought flowers, rented a coffin, and hired a photographer. She even hired makeup artists to make her look like a corpse. Then she lay in a coffin while holding her favorite Hello Kitty doll.

Zeng closed her eyes and listened to her friends and family eulogize her. They said what they thought about her, and Zeng believed that their speeches helped give her a better understanding of herself and how she was seen by others.[5]

Zeng spent an hour in the coffin, and she kept her eyes closed during the ceremony. She almost burst into tears when she opened her eyes; she felt the world had changed. Zeng claimed that the experience made her value her life more. 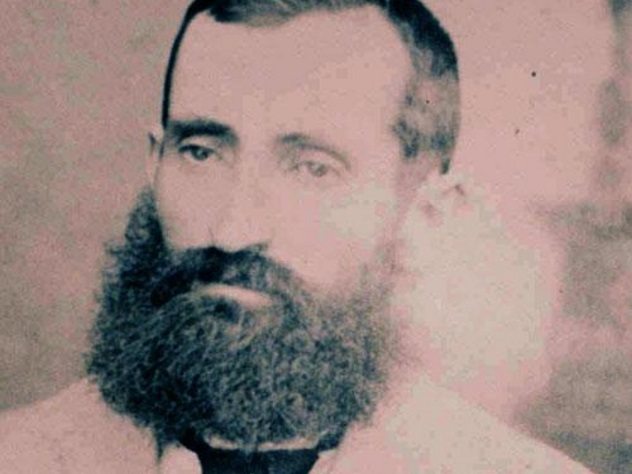 Frederick Ward, aka Captain Thunderbolt, a 19th-century outlaw, was called the “gentleman bushranger.” He never used violence, and he was always polite to his victims. Ward spent six years stealing from properties and holding up mail coaches. He gave away a lot of the money that he stole.

One day in 1870, Ward was cornered by a constable, and he shot at the policeman as he fled. He tried to escape on his horse. However, the animal was exhausted after riding hard for nearly 3.2 kilometers (2 mi). Ward was out of bullets, and he was shot by the constable.

However, Frederick Ward’s funeral went ahead. It was attended by a woman dressed in black, whose face was hidden by a veil. She walked with a manly gait.[6] His family believes that it was Ward, who had come to pay final respects to his uncle before he fled the country. 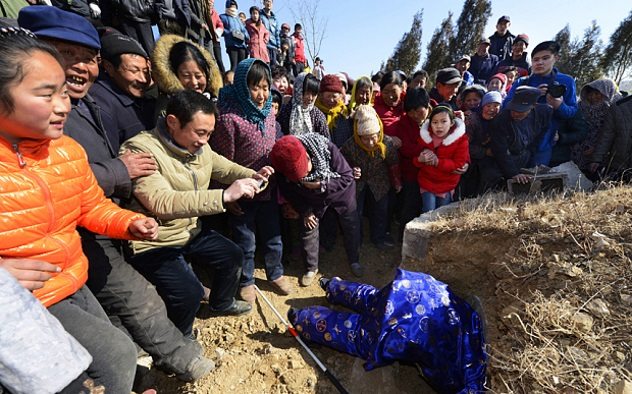 Zhang Deyang never married or had children, and he worried about his afterlife. In Chinese culture, the dead are believed to have the same needs as the living.[7] Families are expected to arrange for the funerals and pay regular visits to the deceased’s grave. Zhang worried that no one would take care of him after he died.

In 2016, he decided to organize a mock funeral, and he invited his friends and family. Around 40 of his loved ones attended, along with several hundred curious people from nearby villages. Zhang was delighted with his ceremony. He enjoyed watching the pretend mourners bow their heads in prayer at his feet. Zhang even crawled into his fake grave toward the end of the funeral.

Zhang’s mock funeral also included a mock wedding to a dead woman, as it is seen as unlucky to go into the afterlife without a spouse. 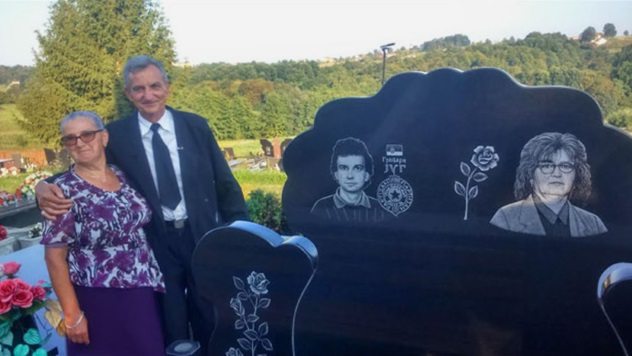 Dragan and Dragica Maric arranged their premature funeral in 2016. The couple had no children, and they wanted to organize a proper funeral for themselves before they died.[8] The Marics did not want anyone to have to pay for a funeral for them.

The couple bought and raised their own tombstones, and then they sent out invitations to their funeral. Around 200 people showed up. Dragan gave a speech about the couple’s love-filled life, and the pair told their loved ones goodbye.

After the ceremony, the guests went to a traditional post-burial dinner in a local restaurant. The Marics had hired a band, and they bought their guests food and drink. The feast turned into an all-night celebration with music.

The Marics considered their funeral to be a success: Their souls and hearts were peaceful, and they will be ready to die when their time comes. 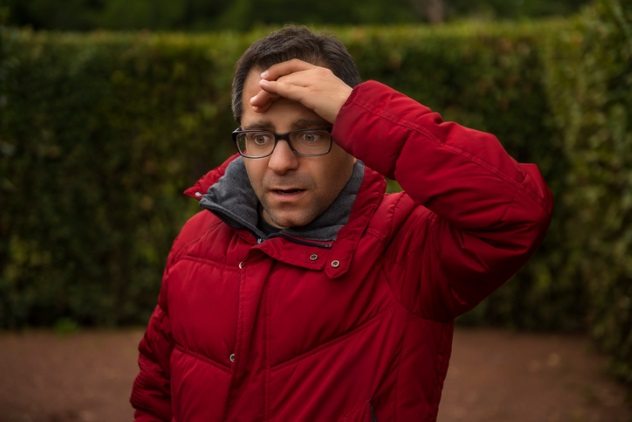 Several of Ademir Goncalves’s relatives identified him as the victim of a car crash in 2009. The corpse was badly disfigured, but its clothing was similar to what Goncalves had been wearing. His family began preparing the funeral, which was to take place the next day.

Goncalves’s body was placed in a casket. The family walked by to pay their respects to the deceased man. Goncalves’s mother looked at the coffin for a long time. She could not believe the body belonged to her son.[9]

She was right; the corpse was not his. Her son had spent the night at a truck stop talking with friends over drinks. He had no idea that his family thought he was dead. Goncalves didn’t hear about his funeral until it was taking place. He rushed to it and told his relatives that he was alive. His unexpected arrival terrified his family, and some of them tried to jump out a window. 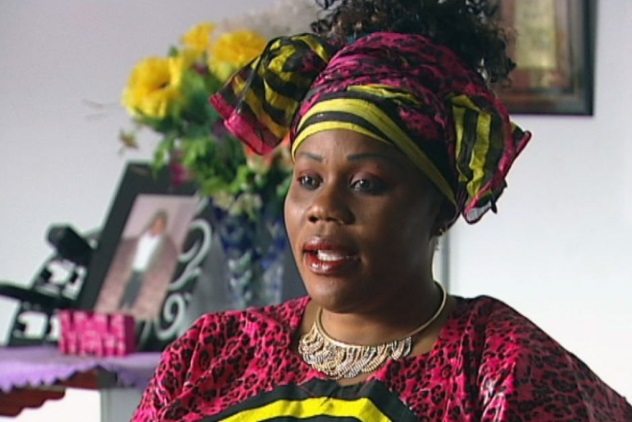 Australian Noela Rukundo traveled back to her home country, Burundi, to attend her stepmother’s funeral. She returned to her hotel room early and dozed off. She was awakened by a call from her husband, Balenga Kalala. Rukundo said that she wasn’t feeling well, and he told her to go outside and get some fresh air.

Rukundo took his advice. She stepped outside the hotel compound, and she saw a man walking toward her. He pulled a gun on her and threatened to kill her. The gunman forced her into a car in which two other men were waiting.

They drove her to a building and tied her to a chair. They asked her why her husband wanted to kill her, and she didn’t believe them. One of them called her husband and told him that they had her. She heard her husband’s voice over the phone: “Kill her.”

They began discussing how they would dispose of her body, and Rukundo fainted. She came to as they ended their call. The kidnapper looked at her and said that he would not kill her, as they did not kill women and children. The gunmen freed her two days later and gave her a memory card containing recorded phone conversations with her husband.

She returned to Australia three days later. Her husband had informed the community that his wife had died in a tragic accident, and he had planned a funeral for her. She approached her husband when the ceremony was nearly over. He was terrified, and he slowly walked to her. When he reached her, he touched her shoulder and jumped. He started screaming: “I’m sorry for everything.”

She called the police. Her husband made a full confession. He said that he wanted to kill her because he thought that she wanted to leave him for another man—which she denied.[10] He was sentenced to nine years in prison.