We’ve probably all glanced up at airliners and jets flying up high in the sky at some point or another. While common sense tells us that the white lines coming out of planes are contrails and that they’re completely normal and harmless, the subject of chemtrails (which many people believe them to be) has been fiercely debated in recent times.

And it’s easy to see why, when repeated isolated cases seem to suggest that “something” has altered certain environments. Such conspiracy theories have been further fueled by actual admissions from government officials that such experiments have indeed taken place in the past. Here are ten specific claims of chemtrails and geoengineering that do not at all seem to be in the interests of the general population. 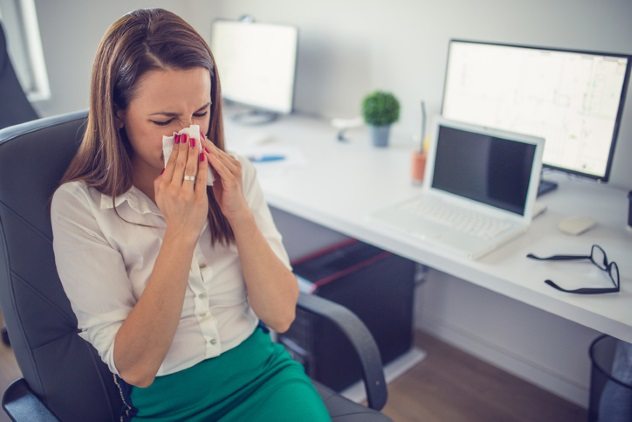 In the early spring of 2016, a “mystery flu” appeared to be sweeping many parts of the United States, at least according to Dr. Len Horowitz, who claimed that “elements of the US government,” along with “Big Pharma,” are purposely harming the immune systems of American citizens in order to make huge portions of society sick.[1]

Horowitz went on to state that he had noticed (and investigated) a sudden onset of a mystery flu that he could not trace back to a logical source using conventional methods and known transition periods. What’s more, this mystery illness didn’t last for a few days but appeared to be lasting for months, with symptoms of general fatigue and sinus-type congestion. The disease was allegedly being spread via chemtrails.

Horowitz pointed to a particular patent registered by the Armed Forces Research Institute of Pathology for a “pathogenic micoplasma” that he believed was responsible for the quiet epidemic spreading almost unnoticed around the United States. 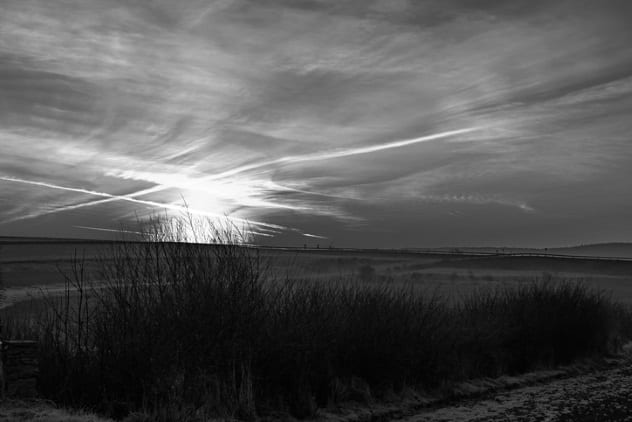 In February 2014, a US Air Force veteran and whistle-blower named Kristen Meghan stated publicly that chemtrails are very real and that she had witnessed the evidence of it firsthand.[2] As part of her job as an environmental engineer, she was aware of exactly what chemicals were going in and out of US military facilities and what they were being used for—or at least she thought she did.

She went on to claim that increasing amounts of chemicals were being used by her department (and the Air Force at large) that had no background to them (e.g. the manufacturer’s name or the individual department that required it). When she investigated these chemicals and informed her superiors, she was quickly shut down. As she voiced her frustration on social media, she was subject to threats of incarceration and having her daughter removed from her care.

Meghan further stated that such activities have been happening since the 1940s, with the end goal geared toward controlling individual countries’ ecosystems. Perhaps her response as to where her proof of this was is quite telling: “If you try to take a picture in a restricted air hanger, you will have a M-16 in your back. People are scared to come forward.”

8 Lawsuit Against Geoengineering In Canada 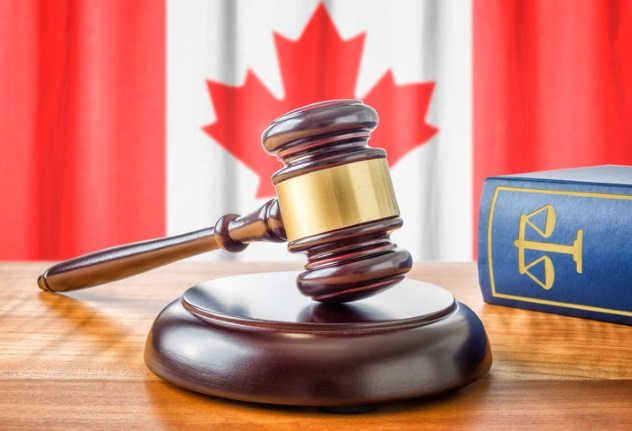 In what was considered a giant step forward for geoengineering theorists’ cause, a lawsuit was filed in Canada in March 2016, primarily concerning the “spraying into the atmosphere of toxic substances and particles”—all of which were hazardous to both humans and the environment.[3] Furthermore, the plaintiffs argued, those undertaking such operations are fully aware of the damage they are causing.

The case took on geoengineering as a whole but focused extensively on repeated incidents of aircraft with “aerial discharge [that] would persist and often span across the horizon and across the length of the sky.” It was further argued that this discharge, when dissipated, was so hazy that it would “obfuscate the sun’s rays.” As a result of these chemicals sprayed into the air, citizens had suffered a variety of consequences, ranging from “emotional and psychological trauma” to general injury (sometimes serious) and even death.

7 Chilling Revelations Of Past Tests 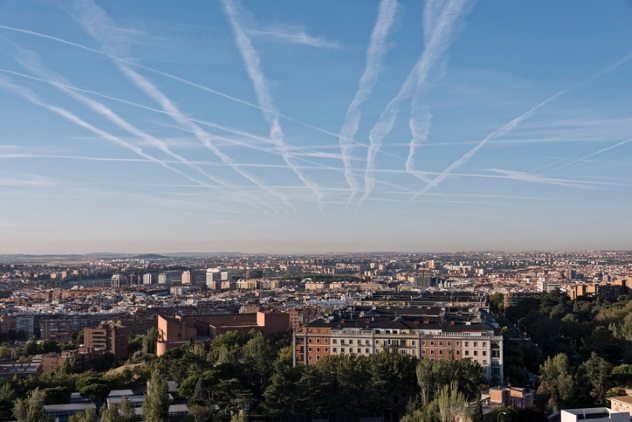 In their book, The American West at Risk: Science, Myths, and Politics of Land Abuse and Recovery, authors and researchers Howard G. Wilshire, Jane E. Nielson, and Richard W. Hazlett made the outlandish and equally chilling statement that every community in the United States, without exception, has been subject to “some kind” of military chemical experiments administered through the atmosphere—essentially, through chemtrails.[4]

According to their research, over 200 “open-air chemical and biological tests” were carried out over a 20-year period between 1949 and 1969. These were not done in places with limited populations. In fact, it was quite the opposite, with many such experiments taking place in highly populated areas. In almost all of these cases, the general population (including city officials and high-ranking political figures) were completely ignorant of what was happening.

Incidentally, the figures and statistics quoted above were released in 1977. It is perhaps quite chilling to think what kind of secret experiments, and in what form they have come, have taken place since then. 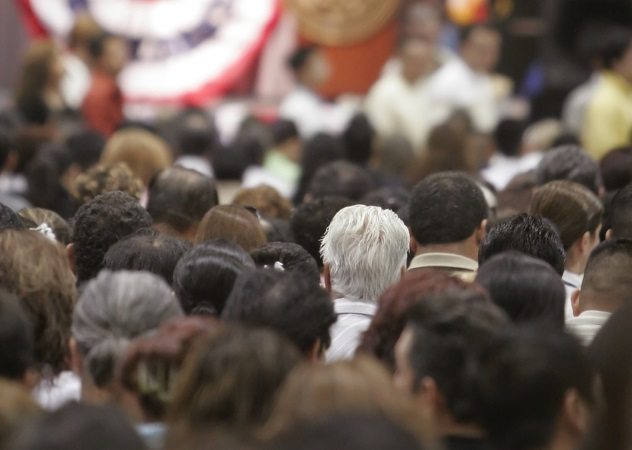 In June 2014, at a public meeting in Western Arizona, the subject of chemtrails was heatedly debated.[5] The meeting was arranged by Republican state senator Kelli Ward, who while not endorsing the theories of chemtrails, stated it would be unwise for her to “ignore what many people in [her] district are concerned about.” She described her constituents as “relentless” in the pursuit of their theories, something she added was “not a bad thing to be.”

Many Arizona residents have claimed for decades that the state is being bombarded by chemicals, delivered by “federal planes,” in their opinion. One resident at the meeting stated that citizens had known for a long time of such activities, going on to say, “Really, we are being sprayed like we’re bugs.” The vast majority of those present at the meeting rejected the idea that chemtrails are just contrails. Their theories ranged from military experiments to a general attempt to keep the population docile and controlled.

5 The ‘Checkerboard Skies’ Of Arkansas 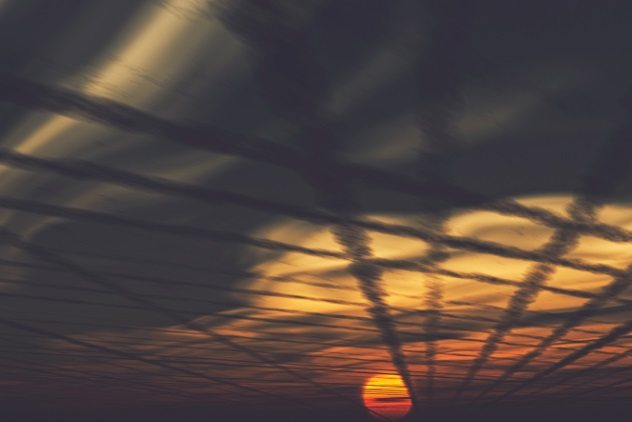 In 2007, following extensive research of his surroundings in Arkansas, Bill Nichols presented his findings to KSLA News 12 in the hopes of exposing what he said was chemtrail activity in the area.[6] Nichols had spent considerable time both examining the skies over Arkansas and conducting in-depth testing of the ground, soil, and natural water supplies.

He would elaborate that some mornings, the skies were like “a giant checkerboard” as chemtrail after chemtrail would crisscross over each other. Countering the standard explanation of contrails, Nichols argued that while contrails disappear quite quickly after dispersal, the trails that he witnessed were visible in the sky for several hours. What’s more, the substances allegedly released would fall to the ground below, with some mornings seeing a “visible haze” descending from the sky.

One of Nichols’s tests showed levels of barium, in the ground and atmosphere, three times higher than the stated toxic level, as dictated by the Environmental Protection Agency.

4 Lawsuit Brought Over Chemical Testing In St. Louis During The 1950s 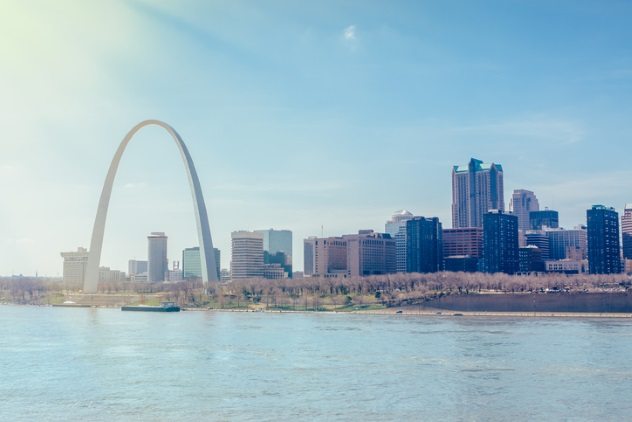 In 1994, the US government admitted to having carried out top secret chemical testing on the citizens of St. Louis throughout the 1950s.[7] Compounding the problem somewhat was the realization that the majority of these tests appeared to have been conducted in areas of the city with a majority black population.

The US government insisted that these experiments were a result of the Cold War and that St. Louis was similar to certain Russian cities that may be targets in any future conflicts. Many people weren’t completely convinced by this sudden show of honesty, one of whom was St. Louis professor Lisa Martino-Taylor. Her extensive research into the case resulted in a lawsuit being brought against the government for its actions, which Martino-Taylor claimed were far more long-reaching and harmful to the health of the citizens exposed to the experiments than first suggested.

3 Forcible Vaccination Through Chemtrails In Australia 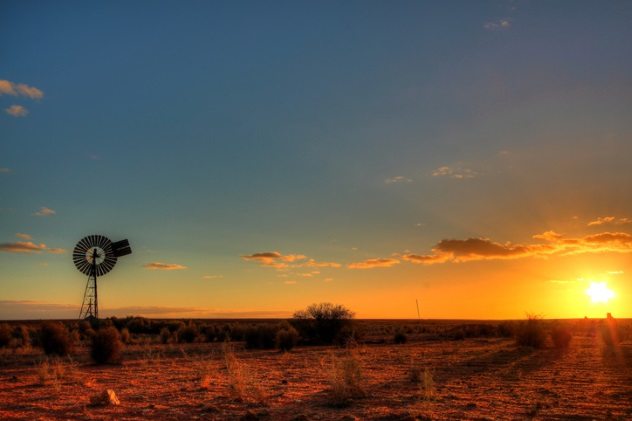 In 2013, the Australian government allegedly planned to vaccinate their population forcibly through the “intentional and controlled release of aerosolized GMO vaccine.”[8] Live bacteria were supposedly to be released over widespread areas in Queensland, Victoria, and South and West Australia in a year-long trial. Those making this claim may have been reacting to a proposal by a US company called PaxVax to test a genetically modified, orally administered cholera vaccine in those areas. PaxVax insisted they had measures in place to prevent the spread of the vaccine into unwanted areas as well as to limit the possibility of bacteria entering wildlife chains and local ecosystems.

As you might imagine, people weren’t happy with the alleged plans. They cited cases such as one from California in 2009. A resident, exposed to “heavy spraying,” became rapidly unwell. When she was examined by medical professionals, their results were said to indicate that she had essentially been given a “DNA vaccination” through “nasal inhalation.” 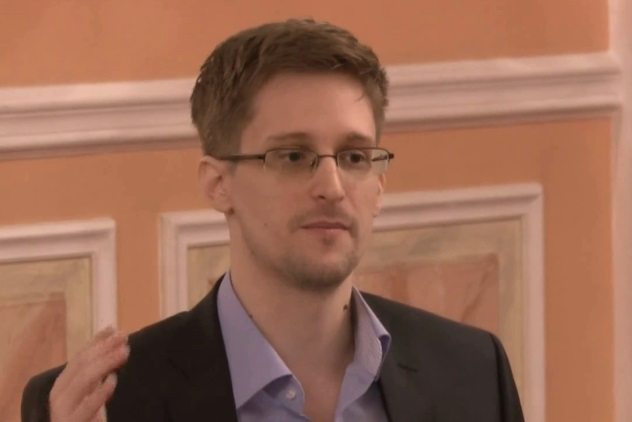 Whistle-blower Edward Snowden is perhaps one of the most polarizing people of the last decade, and for obvious reasons. Supposedly, one of the many secrets Snowden leaked to the public was the use of chemtrails by the US government in an attempt to control agriculture.[9] Further to this, these projects were more often than not funded by black budget programs—programs that officially don’t exist yet account for vast amounts of public spending.

According to Snowden (and others, including a group called the Agriculture Defence Coalition), agriculture as a whole is under attack from “experimental weather and atmospheric testing programs,” essentially toxins and chemicals delivered from above through the atmosphere and rainfall, or chemtrails. Given the highly controversial subject of GMOs, it is easy to see why some people believe “organic agriculture” would be targeted. If successful, this would force people to turn to GMO produce, and in doing so, hand more money and control to those who govern them. 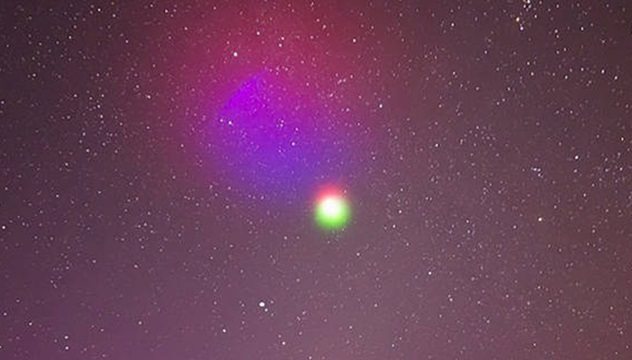 NASA are a conspiracy unto themselves to some, so perhaps it makes sense that they’re embroiled in accusations of such things as chemtrails and the releasing of toxins into our atmosphere.

Very recently in the summer of 2017, NASA announced its intention to launch sounding rockets into the upper atmosphere that would create artificial red and green clouds.[10] These would be visible near Virginia and the East Coast of the United States. NASA explained that this would aid their scientists in studying auroras and the ionosphere.

As you might imagine, many in conspiracy circles shouted loudly that this was simply the further releasing of chemicals into the Earth’s atmosphere that were designed to control humanity. Perhaps it is the sometimes seemingly automatic targeting of NASA and similar organizations by conspiracy theorists that allows apparently genuine cases of chemtrails (some of which are highlighted above) to go unquestioned and dismissed for so long.