This week saw the biggest, most surprising geopolitical shift since the Arab Spring. Dictator Robert Mugabe, who briefly held the title of third-longest serving leader in the world, was deposed in a sudden coup in his native Zimbabwe. Elsewhere, Australians finished voting in a generation-defining referendum, tragedy struck the Middle East, and the stories coming out of Washington, DC, got crazier than ever. Busy doesn’t even begin to cover it. 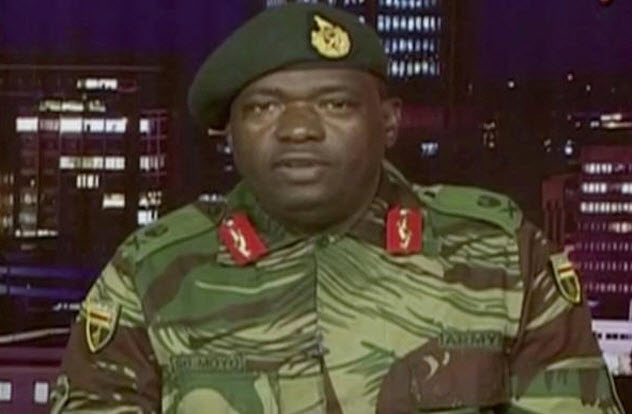 Don’t say we didn’t warn you.

Last week, we mentioned that Robert Mugabe’s firing of his heir apparent, Emmerson Mnangagwa, had triggered the first plausible challenge to his power in a generation. The issue was that Mnangagwa was popular with the military, whereas Mugabe’s new heir—his wife, Grace—was popular with no one. At the time, we said that this could collapse the Mugabe regime. We couldn’t have predicted how quickly that would happen.

On Tuesday night, Zimbabwe’s military seized the national broadcaster. Government buildings were blocked off. Explosions were heard in Harare as tanks took to the streets. Mugabe and his family were placed under house arrest. Before sunrise Wednesday, Major General Sibusiso Moyo was on TV denying a coup but assuring citizens that the military was in control.[1]

Top loyalists to Grace Mugabe have since been arrested, and all signs point to the end of her husband’s rule. It’s been speculated that South Africa and China may have tacitly supported the coup. Whatever the truth, it seems unlikely that anyone will mourn the end of Mugabe’s reign. The man was a tyrant who wrecked his nation’s economy and destroyed the lives of millions. Good riddance. 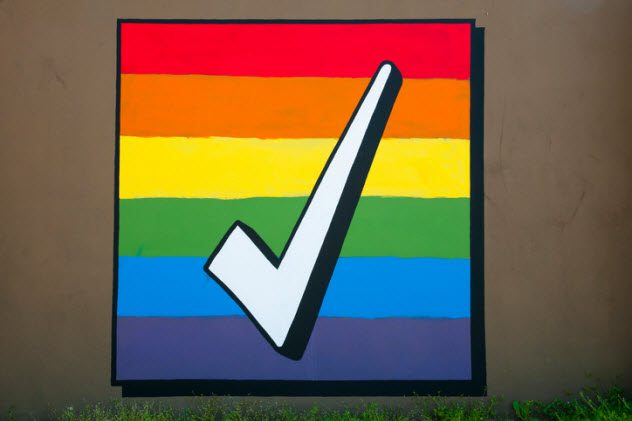 The polls had seen it coming for a long time. But it was still a huge news story when it finally happened. After eight long weeks of postal voting, the results of Australia’s referendum on same-sex marriage came in on Wednesday. And the answer was a resounding yes. Fully 61.6 percent voted to recognize same-sex unions, a bigger victory than campaigners were hoping for.[2]

Unlike most Australian votes, participation was not compulsory. Nonetheless, nearly 80 percent of the voting population took part, a massive win for the center-right prime minister, Malcolm Turnbull, who’d expended a lot of political capital on this referendum.

While the results aren’t legally binding, the Senate will now debate whether to legalize same-sex marriage in Australia. There is about as much chance of the motion being voted down as there is of pigs spontaneously learning the joys of flight.

Assuming all goes as planned, Australia will soon join a small but growing list of countries that have backed same-sex marriage. Currently, 24 countries recognize gay marriage (or have regions that do), with Taiwan also expected to join their number alongside Australia soon. 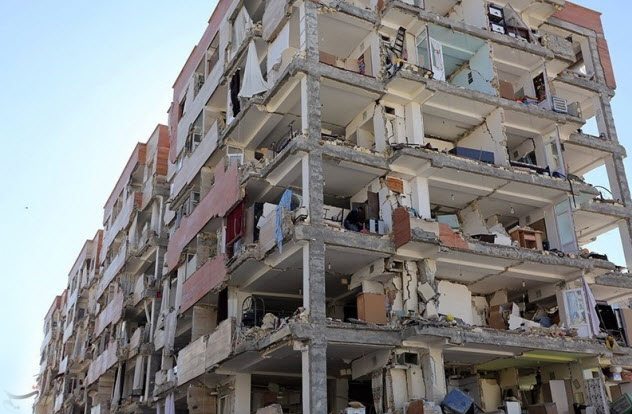 It was the deadliest quake yet of 2017. On Sunday, a 7.3-magnitude quake hit Iran’s border regions with Iraq. While Iraq suffered damage and casualties, the chaos there had nothing on what hit its neighbor. At the time of this writing, over 500 Iranians are confirmed dead, with the toll expected to rise. Another 8,000 are injured. It was the worst quake experienced by Iran in over a decade.

Most of the devastation was centered on the border town of Sarpol-e Zahab, where over 300 residents were killed. But hundreds of thousands were affected across the region, with at least seven cities and nearly 2,000 villages suffering damage. The timing made things even worse. With Iran in the grip of a desperately cold winter, many survivors were forced to endure freezing temperatures as they waited to be rehoused. 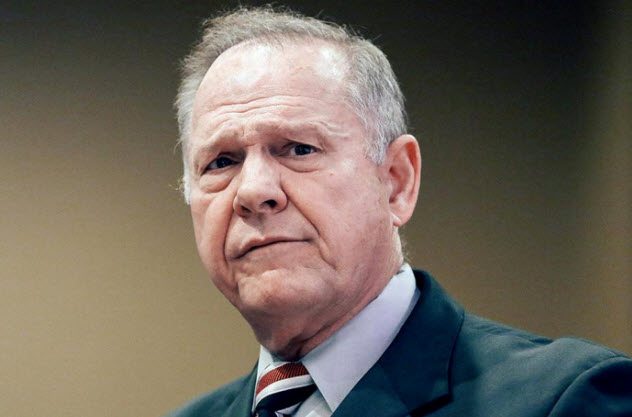 In February 2017, Jeff Sessions became US attorney general, kicking off a race to fill his vacant Senate seat in Alabama. For months, the main drama was whether the GOP candidate would be party establishment favorite Luther Strange or Trumpist outsider Roy Moore. (No one seriously considered the possibility of the Democratic candidate Doug Jones winning).

Moore won the primary, but the drama wasn’t over. This week, a slew of women came forward, alleging that Moore had harassed them as barely legal teenagers or even assaulted them. At the time of this writing, eight women have accused Moore of various misdeeds. The most serious allegation was that Moore had engaged in a sexual encounter with a 14-year-old when he was a 32-year-old assistant district attorney.[4]

To be clear, Moore denies all the charges. But the allegations could threaten to expose a rift in the GOP. Right now, the party is in civil war between its establishment and populist sides. If Moore rides out the accusations and wins handily, the populists will be in ascent. If this story brings him down, it will be a victory for the party mainstream. Either could determine the GOP’s course for years to come.

6 The US Nearly Suffered A Second Sandy Hook 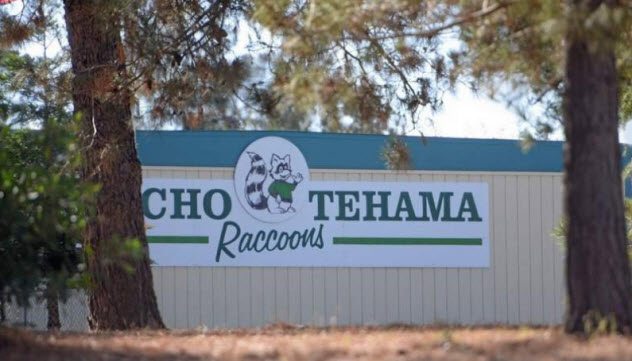 The past two months have seen an explosion of jerks picking up guns and trying to kill as many people as possible. Following the catastrophic Las Vegas shooting and the blood-soaked rampage in Sutherland Springs, Texas, we very nearly saw a third mass shooting claim many lives in California this week. The only reason it isn’t now as infamous as the other two is due to the quick reactions of a group of teachers.

Like Adam Lanza at Sandy Hook, 43-year-old Kevin Neal tried to take his own pathetic misery out on a bunch of innocent kids. In this case, he tried to storm a rural elementary school in Rancho Tehama.

He opened fire before he entered, shooting a passerby. That gunshot alerted quick-thinking teachers, who immediately put the school in lockdown. Their actions saved the US from suffering another Sandy Hook.[5]

Sadly, not everyone in Neal’s path was so lucky. The shooter managed to kill four people and injure another 10 before police shot him dead. 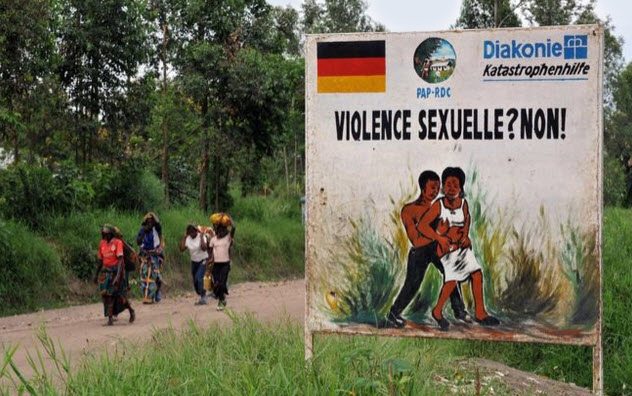 If you’ve never heard of Frederic Batumike, you should know he’s one bad dude. A provincial lawmaker from the eastern part of DR Congo, he’s accused of being head of a militia that operated in the area from 2013–16. Even in the context of a country where violence is endemic, Batumike’s militia was particularly cruel. They’ve been linked to the rapes of 46 children, some of them a mere 18 months old.

This week, Batumike was finally brought to trial along with 17 members of his militia. The case will be one of the biggest rape trials in Congo history and may help end the culture of impunity surrounding rape and child abuse in the DRC.

Batumike is said to have employed a spiritual adviser for his armed group who convinced the men that abusing children would give them supernatural abilities. Sadly, this sort of insanity is not unheard-of in certain parts of the Congo, where rape is often used as a weapon of war. With convictions rarely occurring, it’s hoped that Batumike’s arrest will show other Congolese abusers that they cannot continue to hide.[6] 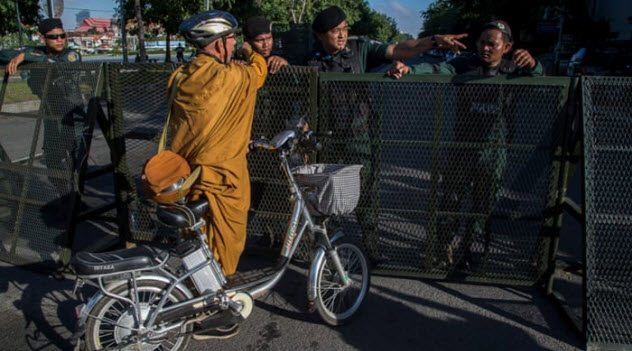 You can mark November 16, 2017, on your calendar as the day democracy officially died in Cambodia. That evening, local time, Cambodia’s Supreme Court officially announced the dissolution of the Asian nation’s only viable opposition party, the CNRP. The move came ahead of 2018 elections in which the CNRP was supposed to make massive gains against the ruling CPP.

Democracy has always been a tricky concept in Cambodia. The CPP has been in power (under different names) since 1979. Prime Minister—and former Khmer Rouge fighter—Hun Sen has been either in power or a deputy position since the mid-1980s.

But at least Phnom Penh always paid lip service to democracy. The disbanding of the CNRP and the barring of 118 members from political office ditches that last concession. By all reasonable metrics, Hun Sen has finally transitioned to being an outright dictator.

The move was especially contentious as Hun Sen made it clear that he’d effectively ordered the (supposedly neutral) court to shut down the CNRP. After the opposition party did surprisingly well in the 2013 elections, it seems that the CPP wasn’t willing to gamble with its power by holding a fair poll in 2018.[7]

3 Venezuela Edged Toward Possibly The Largest Default In History 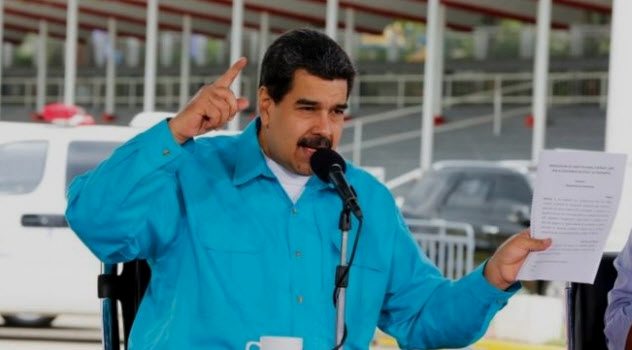 In 2012, Greece failed to pay back its lenders, triggering the largest sovereign default in history. The aftereffects caused another crisis in 2015 and led to a state where the Greek economy is only just now beginning to recover.

Bad as it was, the Greek default could have been worse. The IMF and EU both activated special measures to keep the European nation semi-afloat, something that absolutely won’t happen in Venezuela. This month, the struggling Latin American nation missed its final chance to repay the first of its lenders, defaulting on a chunk of debt. With other repayments imminent, we may be about to witness a default bigger than Greece’s.

It will be a close run thing, and Greece may actually just edge Venezuela on the amount defaulted on. But Athens could fall back on (admittedly painful) help from the IMF and Brussels. Caracas has no such recourse. And while default would allow Maduro to keep the money from loan repayments, it could also see Venezuelan ships, oil, and other assets seized, wiping out what little life remains in the Venezuelan economy.[8]

Russia has since thrown Maduro a lifeline by promising to restructure some debt. But is this a solution or just a temporary reprieve from economic Armageddon? Only time will tell. 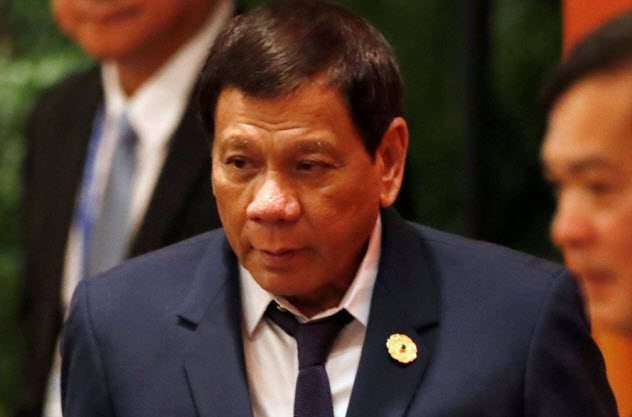 The leader of the Philippines, President Rodrigo Duterte, is responsible for a brutal war on drugs that has seen over 7,000 people killed. At the same time, his own son has so far been able to largely evade responsibility for a $125 million shipment of drugs in which he was implicated.

In short, it’s no secret that the muscles from Davao is a brutal, seedy hypocrite. But he may also be a cold-blooded murderer. We know this because Duterte publicly confessed last Friday to stabbing someone to death when he was just 16. He claimed that he killed the unnamed person over “a look.”[9]

This isn’t the first time that Duterte has admitting to killing someone. But at least previous instances came with a veneer of acceptability—with the victims linked to the drug trade or being otherwise bad people. This latest confession stands out because of its casual brutality. We always knew the Philippine leader was an amoral monster, but to hear it from the horse’s mouth is another thing entirely.

Duterte’s aides have since said the president was only joking. If only they gave such leeway to the innocent people killed due to false confessions in their boss’s drug war. 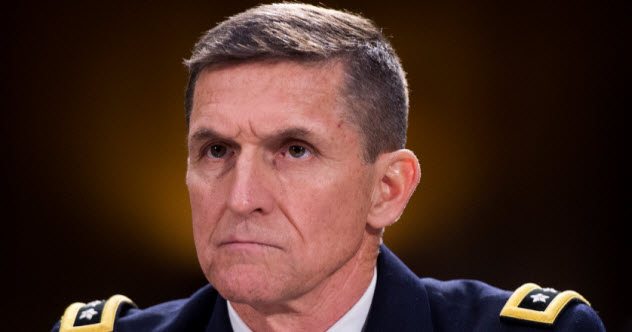 When Robert Mueller was appointed special counsel earlier this year, he was specifically given leeway to investigate any crimes he might uncover related to the 2016 election—whether they involved Russia or not. While the Russia stuff remains murky, the other crimes uncovered are getting more lurid by the day.

In February, Flynn was forced to resign from his post as national security adviser over meetings with the Russians. In March, it was revealed that he’d been working as a “foreign agent” for Turkey during 2016.

Now he’s been implicated in a Turkish plot to kidnap Fethullah Gulen, a Pennsylvania resident whom Turkish President Erdogan blames for the failed 2016 coup attempt in Turkey. According to the Journal’s story, Flynn was offered $15 million to arrange Gulen’s rendition, transporting him to a Turkish prison island.

Flynn’s lawyers reject the charges. Still, they are by far the most serious to arise from Mueller’s investigations. If proven true, expect Flynn to go to jail for a very long time.