If there is one constant in human history, it’s the worry that we aren’t having quite as much sex as we could be. There have always been various solutions proposed for such concerns. They’ve often tended toward the ludicrous.

Those dry, boring characters you learned about in history class liked a good time as much as anyone. In an effort to make sure they were getting to it as often as they could, people throughout the ages have turned to an amazing, and occasionally appalling, array of aphrodisiacs. Here are ten aphrodisiacs from history that you probably don’t want to try at home. 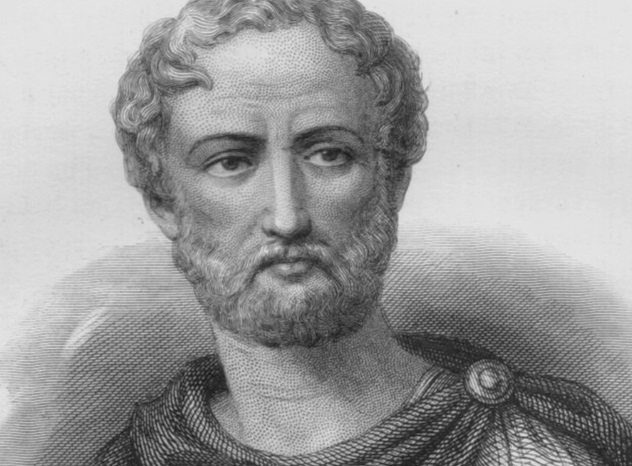 Pliny the Elder was a Roman polymath who decided to digest all of human knowledge into a single book. His Natural History reveals much more about the Roman world than it does the real world, but it is always fascinating. Of all the scientific facts he shares, perhaps the most interesting are the medical remedies he offers, including for the dread disease of a flagging libido.

“A bat’s blood, too, they say, received on a flock of wool and placed beneath a woman’s head, will promote sexual desire; the same being the case also with a goose’s tongue, taken with the food or drink.”[1] If it is the male who is having problems with low sexual desire, there are other ways to stimulate him: “The right lobe of a vulture’s lungs, attached to the body in the skin of a crane, acts powerfully as a stimulant upon males: an effect equally produced by taking the yolks of five pigeons’ eggs, in honey, mixed with one denarius of hog’s lard; sparrows, or eggs of sparrows, with the food; or by wearing the right testicle of a cock, attached to the body in a ram’s skin.”

If you find Pliny’s potions are making you too aroused, there are ways to lower your libido. “A lizard drowned in a man’s urine has the effect of an antaphrodisiac upon the person whose urine it is.” That is, it reduces lust. Perhaps it’s off-putting to drown a lizard in one’s toilet. 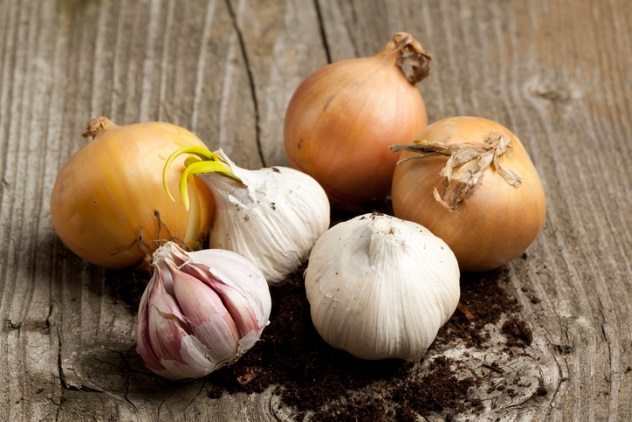 Sympathetic magic has underpinned many forms of folk medicine. Sympathetic magic in medicine is the idea that “like cures like.” If you are suffering from a disease of the heart and find a plant that looks like a heart, then no doubt the gods shaped it like that as a hint that this plant is just the cure you need. For the Greeks, there was a clear relationship between the shape of plant bulbs and the form of the testes. So for potency, you should gobble as many as you can.

Garlic, onions, and wild bulbs were all thought to activate the passions.[2] You might imagine that lots of people stimulated by, and stinking of, garlic must have found finding a mate rather more difficult. Other ancient Greek remedies followed the line of sympathetic magic. Leeks, another smelly aphrodisiac, probably imparted their phallic shape and stiffness to the men who took them. 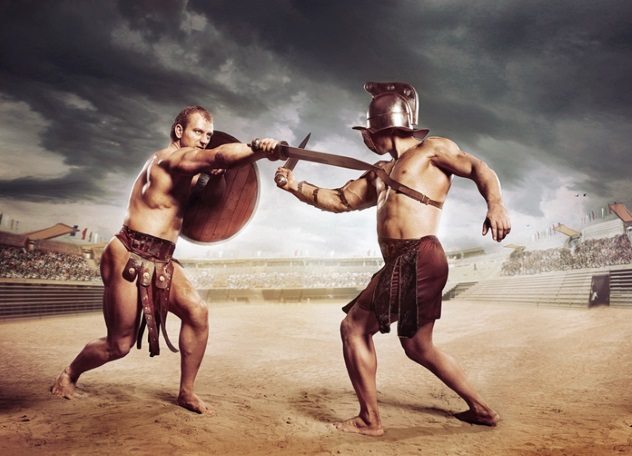 Gladiators were the sports stars of the ancient world. Fan clubs would form around their favorite fighter and attend their every bout. A gladiator who entertained the crowd could earn a fortune. They were the model of muscular masculinity. Everything to do with them was desirable, from their weapons to their bodily fluids.

Gladiator sweat was collected and sold to whoever wanted it. Why would you want a bottle of sweat? For some, it was useful in cosmetics for lending a youthful vigor to the skin. Another use was as an aphrodisiac.[3]

The Romans, being fond of cleanliness, had a special tool which could be used to collect the sweat. In baths, servants would scrape the skin with a strigil, which removed the sweat and grime. Wiping this against a bottle would leave you with a container of gladiator essence that you could sell. Taking gladiator sweat can be seen as a type of sympathetic magic. Gladiators were objects of sexual desire for many Roman women, who might have wished their husbands were a little more like the fighters in the arena. 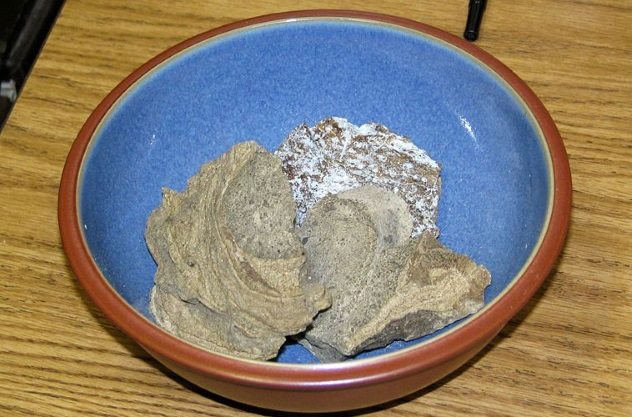 The legendary lover Casanova had a secret ingredient he used to fulfill all of his amorous desires. When he sat down to eat, he would add some grated ambergris to his chocolate mousse. Others agreed that ambergris, added to a hot chocolate drink, would add life to your body. What is ambergris? It is a waxy substance excreted by sperm whales, primarily through defecation but sometimes through vomiting. It’s worth a fortune.

Ambergris was, and still is, used in the most expensive perfumes to make them last longer as well as imparting its own unique aroma. It used to be derived from hunted sperm whales, but today, it’s mostly found washed up on beaches. If you do stumble on some, then there will be plenty of bidders who will pay good money for it, but you might want to lay a little aside, as it seems Casanova was right—ambergris is an aphrodisiac.

A study which tested ambrein, a component of ambergris, on rats found that in males, it was a sexual stimulant.[4] 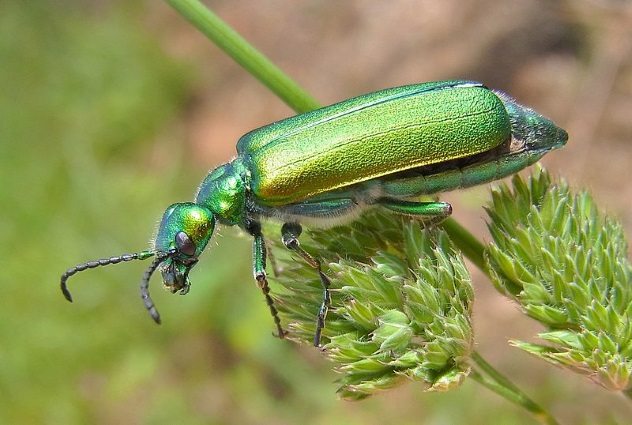 Spanish fly is made by crushing the bodies of blister beetles, not flies. The beetles contain cantharidin. When they get pestered by predators, the beetles release the cantharidin as a defense mechanism.[5] It is the cantharidin that causes the blisters which give the beetles their name, but it is also the sought-after part of the beetle for aphrodisiacs.

Spanish fly can cause men to suffer from priapism—a painfully long-lasting erection. It could be this that gave the beetles their reputation as helpers in the bedroom. Unfortunately, cantharidin is extremely toxic and should never be used as an aphrodisiac. 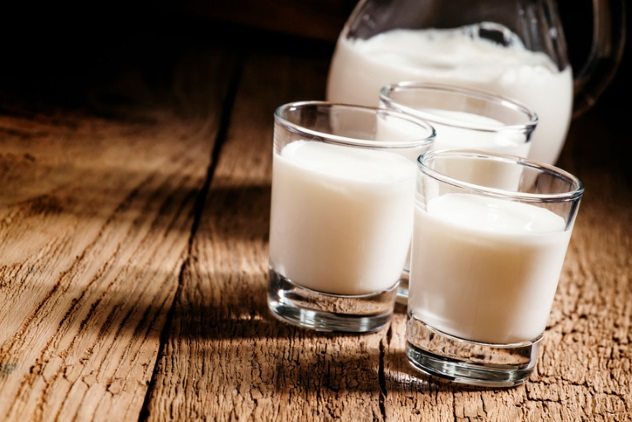 The Kama Sutra is not merely a list of extraordinary sexual positions that should only be attempted by trained contortionists. It contains advice on the art of love and pleasure in many forms. The Kama Sutra was written by an Indian monk in the third century and covers pretty much every topic related to relationships you could imagine, including aphrodisiacs.

The last chapter of the Kama Sutra reveals that milk is among the best foods for sex. Warm and sweet milk mixed with various other ingredients should be given to the lover.[6] You can even offer them goat testicles boiled in milk. The author of the Kama Sutra, like the Greeks, also believed in the efficacy of garlic in the bedroom. Perhaps the most unusual aphrodisiac he offers is called ashwagandha. Ashwagandha is a member of the deadly nightshade family and is also known as poison gooseberry. If that isn’t enough to put you off, then its Indian name translates as “the smell of a horse” thanks to its bouquet of horse urine. 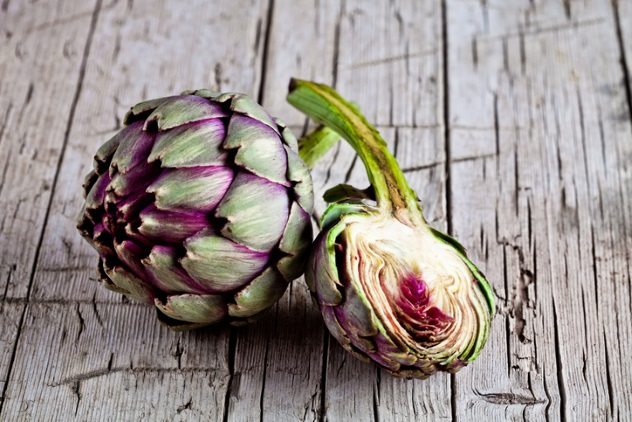 The legend of the artichoke begins, as so many Greek myths seem to, with the god Zeus having an affair. One day, the god spotted a girl called Cynara, and decided he simply had to have her. Zeus whisked her away to Mount Olympus and made her a goddess. Despite her new position, she returned regularly to Earth to see her family. When Zeus found out, he punished his lover by transforming her into an artichoke.[7] The relationship between artichokes and sex for the Greeks remained, with experts suggesting that eating artichokes would make you not only have sex but produce male children.

In the 17th century, it was said that in Sweden, artichokes were used as an aphrodisiac. In this case, though, it was not men seeking to make themselves more potent but their wives. A wife who felt her husband was not doing his duty by her might begin feeding him artichokes as a way of turning his attentions back to the conjugal bedroom. 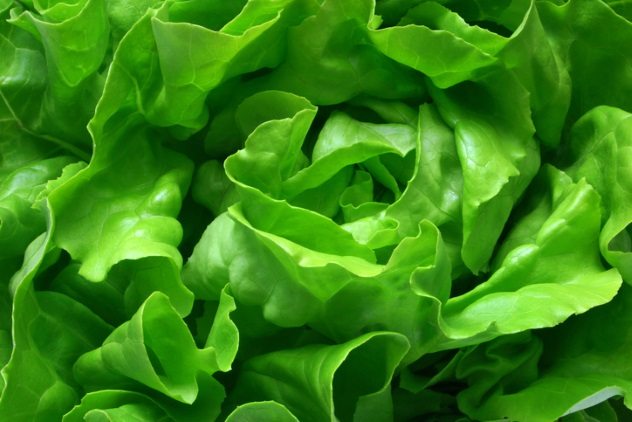 To the ancient Egyptians, there was nothing more arousing than lettuce. For over 3,000 years, the humble vegetable had a central role in society as an aphrodisiac. The Egyptian god Min was responsible for reproduction, as his appearance with a constant erection would suggest, and one of the things he most enjoyed was lettuce. He would often be depicted with a “long lettuce” near him, and his priests would carry them in religious processions. The long lettuce seems to have reminded the Egyptians of the most striking attribute of the god. Others have suggested that the white sap of the lettuce is a reminder of another white fluid associated with reproduction.

Another Egyptian myth makes lettuce out to be a sexual plant. In a battle for dominance between Horus and Set, Horus manages to trick Set into ejaculating onto a lettuce, which Set later consumes. Apparently to the ancient Egyptians, this constituted a victory on Horus’s part.[8] 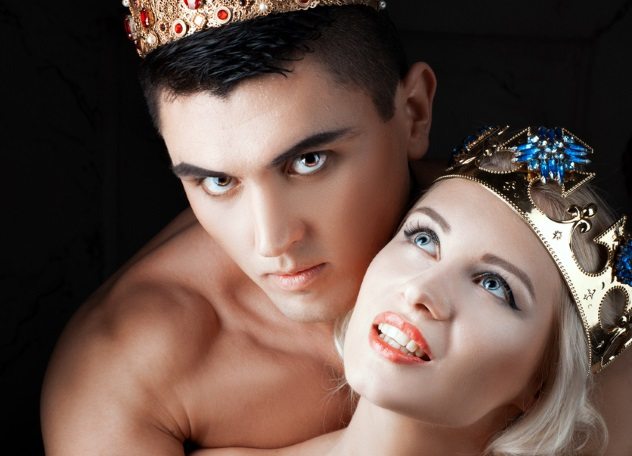 Of the relatively few Anglo-Saxon texts which have survived to today, several deal with romantic matters and the aphrodisiacs which may help things along. Two medical texts are perhaps the most revealing.

Bald’s Leechbook, his guide to various cures, tells how the same plant can have two differing effects on the libido: “If one is too lustful, boil water agrimony in foreign ale, drink it [or let him/her drink] at night, fasting. If one is unlustful, boil the same plant in milk, then you make that person lustful. Boil in ewe’s milk, again, water agrimony, horse parsley and the plant that is called Fornet’s hand (a kind of orchid).”[9]

An Old English translation of a medical text explains how to use various animal parts to spur on lust: “To arouse the desire of a woman, mix the gall of a buck goat with incense and with the seed of nettles; rub the penis with this before going to ‘rest.’ [ . . . ] To carry out the desire of a man, take the gall of a boar and rub the penis with this and the testicles, then he will have great lust.” If they could perform under those circumstances, then the Anglo-Saxons were a brave bunch. 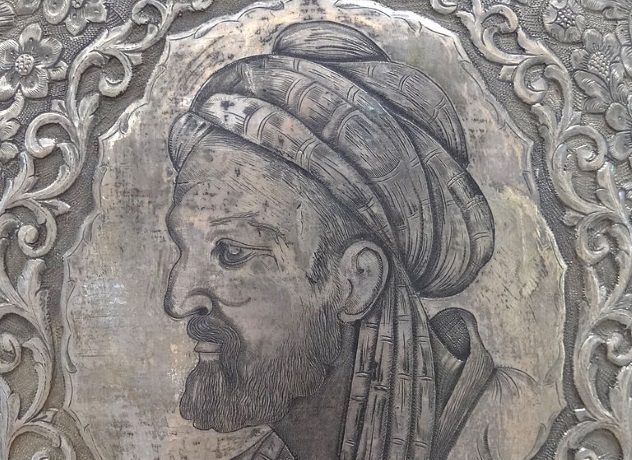 Avicenna, as Abu ‘Ali al-Husayn ibn Sina is better known in the West, was one of the greatest philosophers of the Islamic tradition. He was both a doctor and an influential thinker in many academic areas. Among his medical works can be found a recipe for an aphrodisiac cake that is not for the fainthearted.

The recipe is as follows: Take the brains of fifty birds and doves, the yolks of twenty birds’ eggs, ten yolks of spring chicken eggs, the juice of pounded and crushed lamb meat, roasted onions and carrots, and an immense amount of butter.[10] Bake it into a cake and enjoy with wine.

The later Jewish thinker Maimonides was inspired by Avicenna’s cake to create his own aphrodisiac pastry. He decided not to include the bird brains and served it to a patient. Apparently, it worked just as well.