Although it’s been controversial since its debut, Playboy magazine has long been an icon of American pop culture. Sure, it features sexist “pictorials” of beautiful nude women, including many celebrities, but the monthly periodical also publishes short stories, articles, and cartoons by some of the world’s leading writers and artists. Playboy runs interviews of well-known, accomplished people, too.

Now faced with Internet nudes available free at the click of a mouse button as well as changed social values and mores, the late Hugh Hefner’s magazine has fallen on hard times. Its licensing fees are worth more than its original content. However, Playboy magazine firsts can’t be replicated. Like the publication itself, they’re one of a kind. 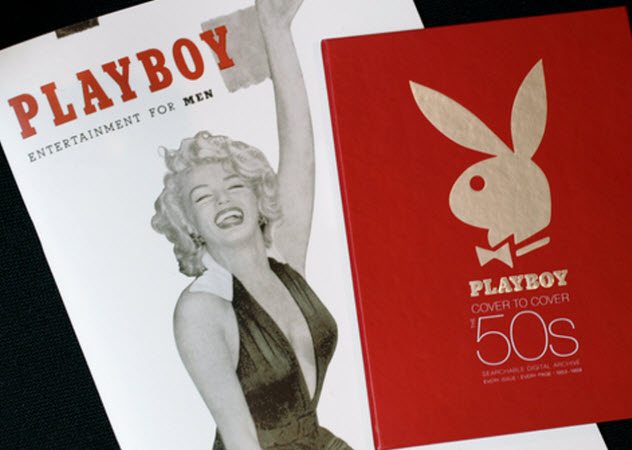 In December 1953, Hugh Hefner, a former promotional copywriter for Esquire magazine, spent $7,600 of his and investors’ capital to launch Playboy magazine, not knowing whether a second issue would follow. At a cover price of 50 cents, the debut issue sold 50,000 copies.

Although Hefner considered Playboy a “lifestyle” magazine, he admitted that sex would be “one important ingredient” in its mix of contents. Later, he added, “If there was going to be a sexual revolution, I would be its pamphleteer.”

He argued that faith, as represented by organized religion, was outmoded and should not attempt to impose its beliefs or values on those who didn’t agree with its tenets. For Hefner, right-minded people wanted to be seen as sex objects and as attractive. He acknowledged that “Playboy exploits sex the way Sports Illustrated exploits sports.”[1] 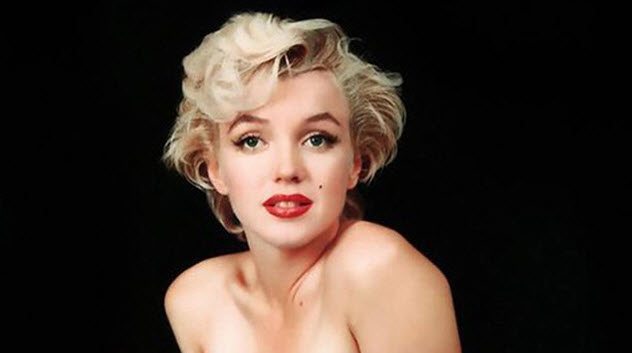 As an aspiring actress, Monroe was short on cash. To earn money in 1949, she posed nude for photographer Tom Kelley, who paid her $50. He then sold the pictures to Western Lithograph Company, a Chicago business that printed calendars. A year later, Monroe had her big break, starring in The Asphalt Jungle and All About Eve.[2]

Hefner paid Western Lithograph $500 for Monroe’s nude photos, and she appeared as the first issue’s centerfold, or Sweetheart of the Month (later called Playmate of the Month). The public was sympathetic to Monroe, who’d been nearly broke at the time she modeled for the photos, and her career didn’t suffer from the exposure. 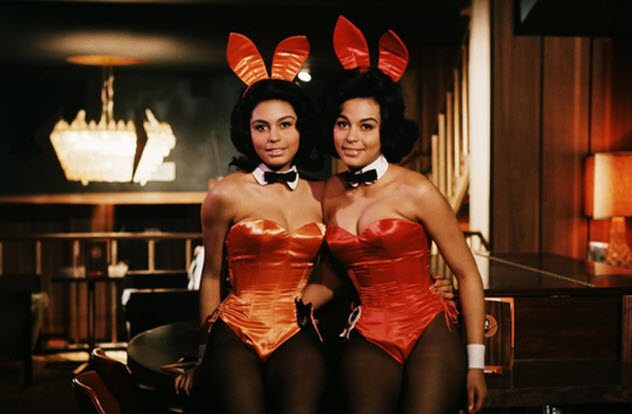 Playboy has a mixed past when considering race. The magazine featured important individuals in the civil rights movement, such as Alex Haley’s lengthy interview of Martin Luther King Jr. and other interviews with Muhammad Ali, Sammy Davis Jr., and Malcolm X. In October 1971, model Darine Stern became the first African-American woman to grace the magazine’s cover alone.

In March 1965, Playboy‘s first African-American Playmate, Jennifer Jackson, had appeared as a centerfold inside the magazine. It never occurred to her that she’d had a role in knocking down the racial boundaries of the day.[3]

“I never looked at it like that,” she said. “I guess I was the first, but in Chicago, we had black doctors, dentists and businessmen living in our neighborhood.” Instead, she felt ashamed of having posed for the magazine until she attended a Playboy reunion in 1999. Attending the event gave her “closure.” 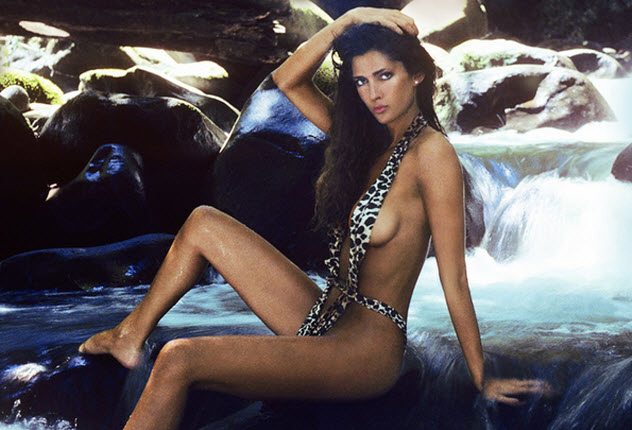 Caroline Cossey—who went by the pseudonym, “Tula,” as a model—was the first transgender woman to appear in Playboy. Having appeared as a Bond girl in the 1981 movie For Your Eyes Only, starring Roger Moore, she and the film’s other Bond girls promoted the movie by appearing together in a June 1981 Playboy pictorial.

A year later, a headline in the British tabloid News of the World revealed “James Bond Girl Was A Boy,” sparking a sensation in the media. In September 1991, at her request, Cossey appeared inside Playboy in her own pictorial.[4]

At the time, she was battling the European Court of Human Rights to change her gender on her birth certificate. She thought the pictorial would give her a platform for her cause. After her appearance in the magazine, she was interviewed on television by Phil Donahue, Maury Povich, Howard Stern, Joan Rivers, and Arsenio Hall. Cossey also wrote two books, including her 1991 memoir, My Story. 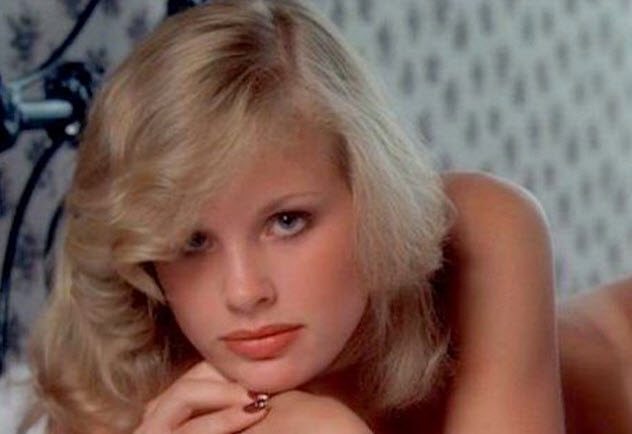 To Village Voice writer Teresa Carpenter, Hefner looked like “a sybarite in mourning” as he mourned the death of 20-year-old Playmate Dorothy Stratten (1960–1980) while dressed in his trademark silk pajamas. In her Pulitzer Prize–winning article, “Death of a Playmate,” Carpenter wrote of Hefner’s hope of transforming Stratten into a major star.

Her former manager and estranged husband, Paul Snider, shot Stratten in the face on August 14, 1980. Like Snider, Hefner had itched “for the big score. [However, Hefner] simply had more class,” Carpenter wrote.

Movie producer Peter Bogdanovich also had harsh words for Hefner. In Bogdanovich’s memoir about the model, The Killing of the Unicorn: Dorothy Stratten, Bogdanovich suggested that Hefner and his lifestyle contributed to her death: “She could not handle the slick professional machinery of the Playboy sex factory, nor the continual efforts of its founder to bring her into his personal fold, no matter what she wanted.”

After becoming Playmate of the Month for August 1979 and Playmate of the Year in 1980, Stratten saw her star begin to rise. Her biggest break was a role in the 1981 movie They All Laughed, starring Audrey Hepburn, which was shot in New York City. Stratten and Bogdanovich, the movie’s director, hit it off. When they returned to Hollywood, she moved in with him. After Stratten became increasingly distant from Snider, he raped her, shot her, and then shot himself.

Hefner said that he’d agreed to Carpenter’s interview because he wanted to set the record straight about Stratten’s death. She wasn’t a victim of “life in the fast lane,” he said, “[but of] a very sick guy [who] saw his meal ticket and his connection to power . . . slipping away.”

Although other Playboy models have died under suspicious circumstances, Stratten was the first to be murdered.[5] 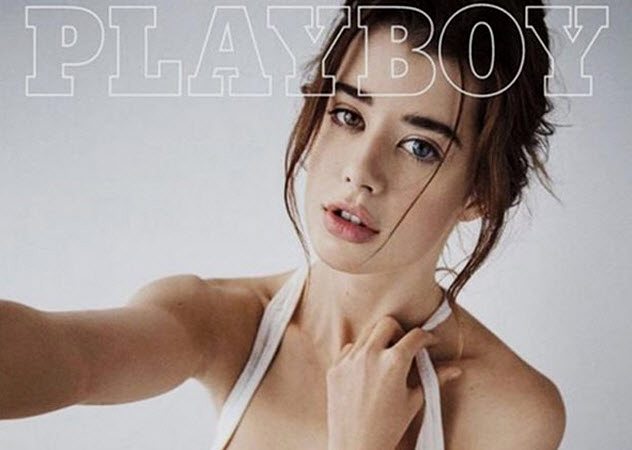 During the 1970s, Playboy boasted a circulation of approximately five million copies. By 2011, its circulation had dropped to 1.5 million copies. This was due to the more salacious content of competitors such as Hustler and Penthouse, Internet sites offering free soft-core and hard-core fare, and Playboy‘s loss of status as the premiere men’s “lifestyle” magazine to upstarts Maxim, Stuff, and FHM.

As a result, Playboy executives saw the need for a change in its marketing strategy. The magazine’s iconic logo had been licensed for a variety of products, and the huge market for it was still growing overseas.

The magazine itself also generated a lot of publicity when its first nudity-free issue was launched in March 2016. The Playboy website had eliminated nudity in August 2014. But Playboy‘s decision to discontinue publishing nude models didn’t last long. A year after the debut of its no-nudity issue, naked women once more began gracing the periodical’s pages. Hefner’s son Cooper, the chief creative officer, admitted it had been a mistake to eliminate nudity.

“Nudity was never the problem because nudity isn’t a problem,” he said. Former CEO Scott Flanders, who’d jettisoned nudity as “passe,” left his position in May 2016. Cooper said, “Today, we’re taking our identity back and reclaiming who we are.”[6] 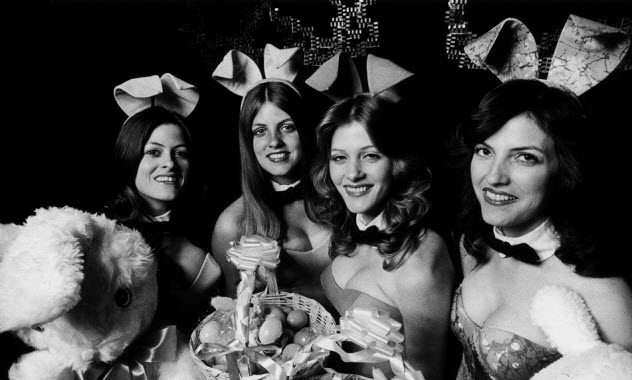 The first Playboy Club opened its doors in 1960. It was a way to make the magazine a reality for men. The clubs featured the decor of a swinging bachelor pad, lots of cocktails, and beautiful Bunnies with their cute cotton tails.

The last company-owned club closed its doors in the mid-1980s. But at the height of their popularity, over 30 clubs existed in the US and abroad in such countries as Japan and the Philippines.

The clubs’ servers were beautiful, young women costumed in outfits with ears and strategically positioned tails. Hefner named them “Bunnies” in honor of Bunny’s Tavern in Urbana, Illinois, at which he occasionally dined when he was a University of Illinois student.

Bunnies weren’t permitted to date the clubs’ other employees. They couldn’t drink on the job or chew gum while working. A Bunny mother supervised them. The Bunnies were instructed to be “cheerful” and “cooperative” with the Playboy Clubs’ male employees.

Wigs and vivid lipstick were preferred. Hosiery had to be refrigerated when it wasn’t being worn. Manicures were mandatory. Except for the Playboy cuff links that were part of their costumes, no jewelry was to be worn. To massage their feet after wearing high-heeled shoes all day, Bunnies were advised to roll their feet “over an empty Coke bottle.”

Infractions resulted in fines, but Bunnies could also earn merits for overtime hours, working private parties, and helping managers. To dress and apply their makeup, Bunnies had to arrive an hour before work, time for which they weren’t paid.

For the Bunnies’ costumes, Hefner had originally envisioned frilly nighties similar to the outfits of the Ziegfeld Follies girls. But those costumes were a problem when lighting cigarettes or serving drinks.

So Hefner agreed with Playmate Ilse Taurins’s idea to dress the servers as female versions of the magazine’s logo. After some experimentation, the servers’ signature costume was adopted, with Hefner insisting “on adding the crisscross lacing at the top of the leg.”[7] 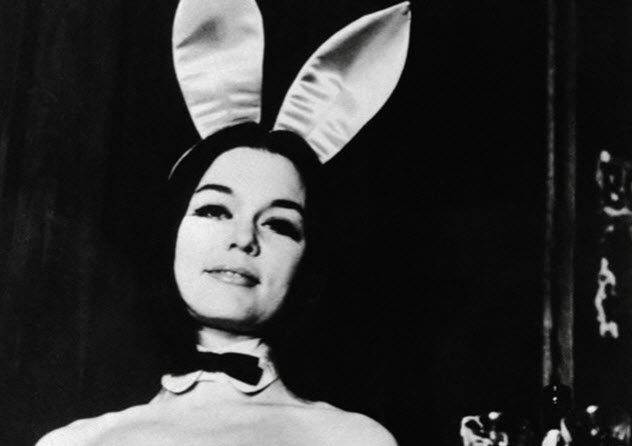 Feminist icon Gloria Steinem, who later founded Ms. magazine, worked undercover as a Playboy Club Bunny for 17 days in May 1963. The results of her scathing exposé, “A Bunny’s Tale,” appeared the same year in the May and June issues of Show magazine.

While Hefner penned monthly essays that he claimed would constitute “the Emancipation Proclamation of the sexual revolution,” Steinem chronicled the truth (as she witnessed it) about what took place in one of Hefner’s Playboy Clubs.

A wardrobe mistress stuffed Steinem’s bosom with a plastic bag. The club collected small fees for a variety of services related to mandatory duties, including charging servers for their false eyelashes. The club also took as much as 50 percent of the Bunnies’ tips. In these and other ways, servers were subjected to patronizing and exploitative treatment, Steinem wrote.[8] 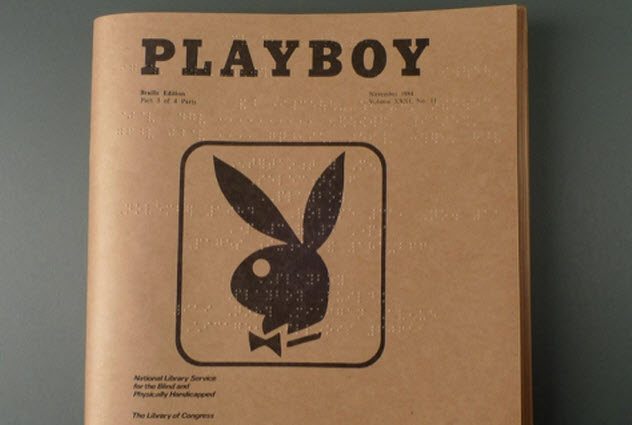 In the 1980s, Senator Mack Mattingly of Georgia proposed that the Library of Congress be prohibited from making such features as Playboy magazine’s “Party Jokes,” “Ribald Classics,” and “Playboy Forum” available in braille. With bipartisan support, the prohibition was adopted and the Library was ordered to cease producing the items.

Blind Playboy enthusiasts sued, claiming that the prohibition violated their First Amendment rights. The Congressional ban was overturned, and the Library resumed offering the once-prohibited items.[9] 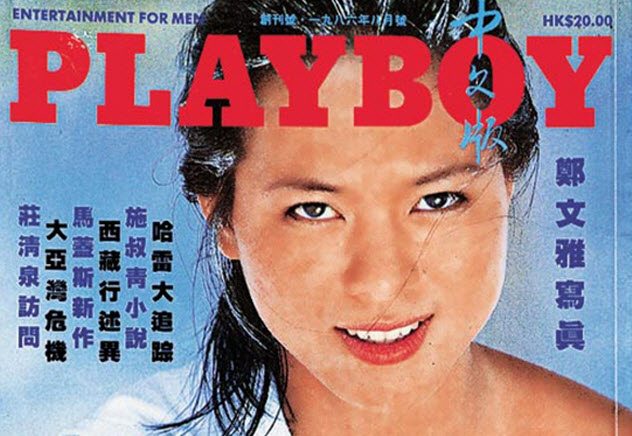 Playboy magazine’s first foreign edition was published in West Germany in 1972. Since then, the magazine has been published in Argentina, Australia, Brazil, France, Greece, Italy, Japan, Mexico, the Netherlands, Spain, and Turkey.

For more stimulating stories about Playboy, check out 10 Stimulating Facts About Playboy and Top 10 Careers Damaged by Photographs.

Top 10 Mainstream YouTubers Who Have Fallen From Grace