It’s reasonable to assume that an incredible amount of stress comes with the job of being a stockbroker. Having to oversee vast amounts of money in fluctuating markets undoubtedly creates a volatile atmosphere for brokers.

More often than not, they probably take the pressures of their jobs home with them. The following list delves into the lives of 10 stockbrokers whose dreams of fortune came crashing down in the most insane ways imaginable. 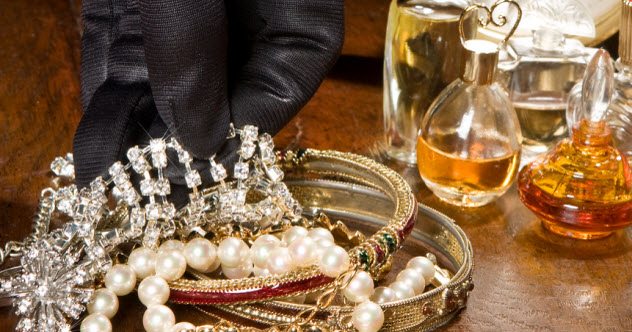 It’s no surprise and quite frankly expected that stockbrokers fall on hard times every now and then. One could only imagine that such was the case for John Patrick Phalon, a 33-year-old stockbroker who was employed with the Baltimore-based brokerage firm Legg Mason.

Phalon had worked for the firm for less than six months when he was arrested in early 1984 in Loudoun County, Virginia, on burglary and grand larceny charges. The conceited, dense broker was clearly ambitious. This explains his tackling the daily grind of Wall Street and having the audacity to burglarize 10 highly elite country estates.

Phalon’s last heist occurred 10 days prior to his arrest. He stole more than $100,000 in jewelry, silver, and guns from a hunt country estate near Middleburg, Virginia. Investigators not only recovered those items but countless other valuables that had been stolen by Phalon over the previous four years. Upon his indictment, he was fired from his job for obvious reasons, resulting in one less thief on Wall Street.[1] 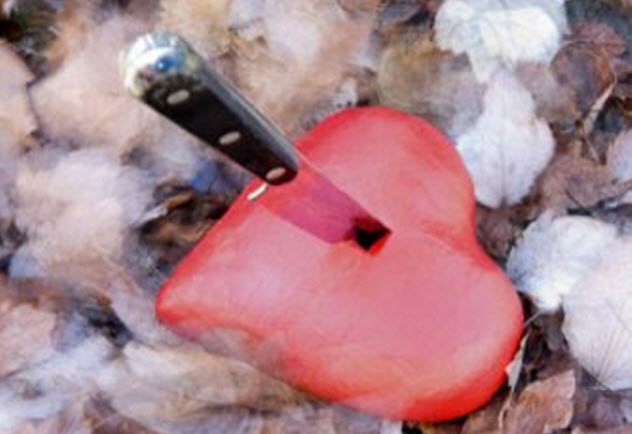 Billionaire Thomas H. Lee felt invincible when he had an affair with Philadelphia stockbroker Laura Goldman in 1993. Eleven months into their relationship, Thomas skipped a dinner date with Laura, which sent her into an unwavering fit of rage and vengeance.

After weeks of receiving threats and monetary demands, Lee agreed to pay $200,000 to Laura plus an additional $15,000 for her psychiatric care after she signed an affidavit that he had not raped her. Her threats continued, however, until she was indicted for harassment.[2]

To avoid prosecution, Laura fled to Israel, where she demanded millions of dollars for mental health treatment. The broker’s irrational terms evidently held zero merit for the Israelis. They were more than willing to extradite her to the US and into welcoming federal arms.

Fifteen years after Laura had accused Lee of rape, she was sentenced to five years of high-restrictive probation after pleading guilty to attempted extortion. Fortunately for Lee, Laura’s sentence prohibited her from contacting him, his family, and his business associates. She was also not allowed to visit New York, Massachusetts, or Florida. 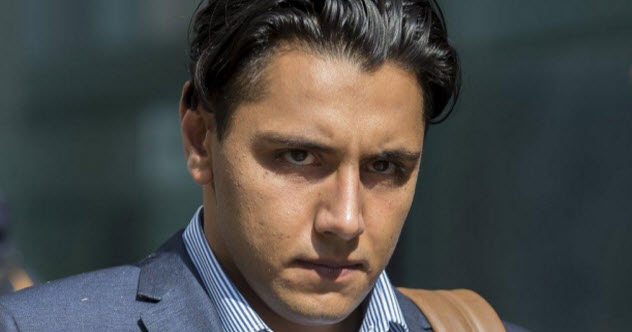 Twenty-six-year-old London stockbroker Daniel Green spent a night with coworkers drinking champagne and snorting cocaine in the offices of StratX. As the party dispersed, an employee in her twenties crawled under a desk to pass out, only to be awakened by Green sexually assaulting her.

According to Green, the two were merely having a “conversation” despite the victim’s claims that she begged and fought to get away. He was questioned as to why the woman was crying during intercourse that was supposedly consensual. Green responded that he simply thought she was in pain because of his well-endowed penis, which he claimed was 25 centimeters (10 in) long and 10 centimeters (4 in) in girth.[3]

Green’s boisterous self-confidence was as perplexing and preposterous as his defense. He was jailed for six years and placed on the sex offender register for an indefinite period because he “had shown no remorse and behaved with a degree of arrogance.”

7 One For The Road 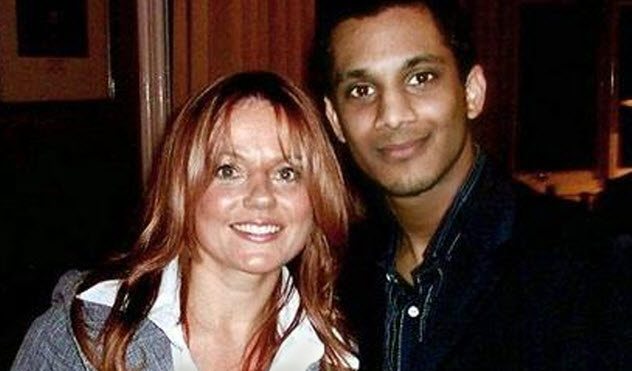 Anjool Malde, 24, was a talented stockbroker who set his sights on becoming the youngest vice president at his place of employment, Deutsche Bank. While on the rise to the top, the Oxford graduate foolishly left a harmless joke message on a financial careers website under the name of one of the firm’s clients. It stated, “I’m hot, I’m hot.” Such a naive joke caused Deutsche Bank to suspend Malde while they conducted an internal investigation into the matter.[4]

Over the next 48 hours, Malde became withdrawn and those around him worried about his well-being. Two days after being told to leave his office and just two days before his 25th birthday, the dispirited broker visited the Coq D’Argent, an elite restaurant in London.

After briefly sitting alone with his thoughts, Malde calmly ordered a glass of champagne as if to celebrate the end of his self-inflicted turmoil. Moments later, he leaped to his death from the restaurant’s eighth-floor garden with the glass of champagne still clenched in his hand. 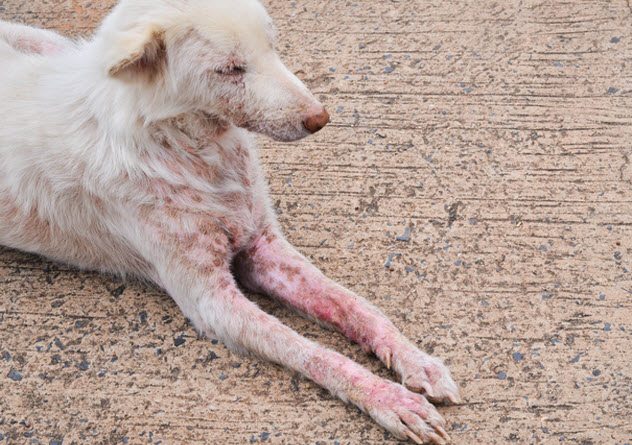 In one of New Jersey’s most exclusive towns sat the home of 66-year-old Philip Tamis, a securities broker at Merrill Lynch. Between 1997 and 2005, Tamis and his wife, Cynthia, had grown increasingly despondent over severe financial troubles. They had accumulated an excessive amount of debt that forced them to file for bankruptcy twice.

In 2007, their troubles escalated when authorities raided the couple’s home and found an animal house of horrors. Inside the $2.4 million mansion were more than 100 malnourished and neglected dogs and cats. Every square inch of the foul-smelling residence was caked in feces.

Over the next two days, police and SPCA workers recovered the remains of at least 24 animals. Some of them had been dead for more than a year. One animal was found in a liquid form of decomposition, causing health officials to condemn the house due to the massive amount of animal waste compromising the home’s structural integrity.

In the end, Tamis and his wife were indicted on 10 counts of animal cruelty.[5] 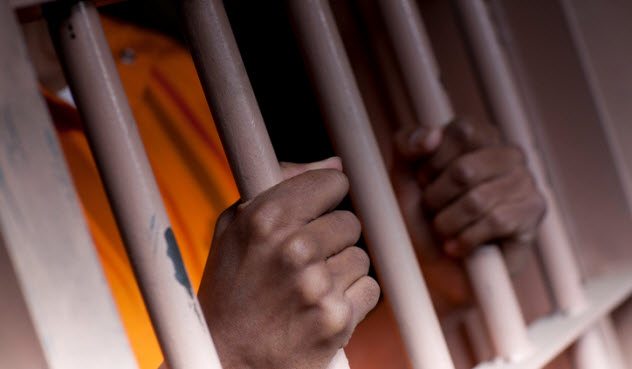 Joel Seidel, a 65-year-old retired stockbroker, had become a nuisance to his community as well as his family, who had a restraining order against him. After violating that order, Seidel was placed in the Camden County Jail in a cell with Marvin Lister, a 35-year-old paranoid schizophrenic.

Seidel’s criminally insane cellmate was being held on charges of assault as well as raping a fellow psychiatric patient, an offense which he repeated. Within a 50-minute period, Seidel and Lister’s lives collided, leaving the older man bloodied and battered.

Aside from being raped, Seidel sustained multiple skull fractures, broken ribs, a lacerated liver, and tearing to his heart. As Seidel begged for his life, Lister pitilessly stomped on Seidel’s frail body for over 30 minutes before guards discovered his beaten remains.

“I felt as big as Shaquille O’Neal,” said Lister. He was found not guilty of murder by reason of insanity in 2006. As of 2007, Camden County was ordered to pay nearly $4 million to Seidel’s two daughters to settle a federal lawsuit. Meanwhile, Lister remains institutionalized.[6] 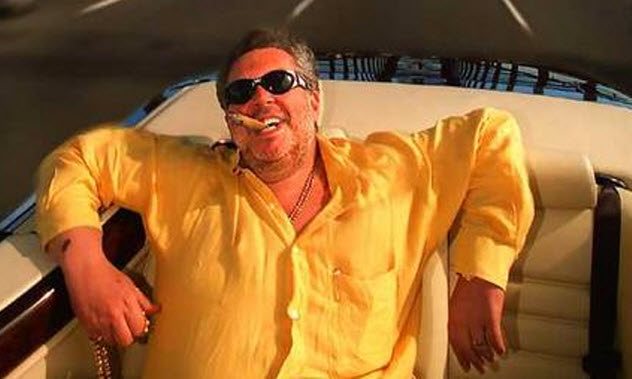 In 1985, a prominent business magazine named Rene Rivkin “Stockbroker of the Year.” Over the next decade, Rivkin’s life of luxury came crashing down following a conviction for insider trading. Despite his cries that he was nothing more than a victim of a witch hunt, the wealthy Australian stockbroker was sentenced to nine months in prison.

On the first day of his imprisonment, he collapsed and was taken to a Sydney hospital where he began to exhibit inexplicably odd and volatile behavior. Over the next few days, he was said to have become “crazier and crazier.” He went from being strong to being catatonic to “dancing in the hallway with one of the other patients.”[7]

According to psychiatrist Keith Roberts, Rivkin’s behavior was a product of his illnesses. Several brain tumors had been detected following his hospitalization.

Over the next two years, Rivkin underwent medical treatment, completed his time in prison, and was divorced by his wife of 30 years. For years, he had declared his suicidal intentions. Like his father before him, Rivkin made good on that promise. In May 2005, Rivkin committed suicide in his mother’s home, nearly seven months after his release from prison. 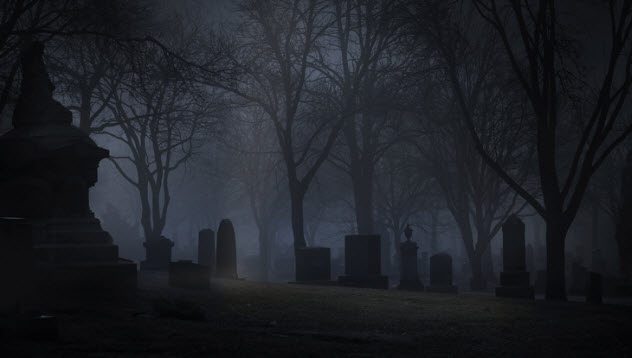 Robert Harrison, a married father of two, was a financial guru working as a stockbroker for Merrill Lynch when his greed overthrew his logic. He lost his job after it was discovered by his clients that he was making unauthorized trades while charging inflated fees.

Harrison soon found himself in financial straits fueled by his addiction to cocaine and heroin. When he and his family had to move from their million-dollar home into a small rental, Harrison sought another route for financial gain. However, it was aimed at feeding his addiction rather than helping his family.

In 2004, he set his sights on 21-year-old James Jr., son of real estate tycoon Jim Weichert. Harrison tried to lure Weichert Jr. to a New Jersey graveyard under a false pretense. Posing as a detective, Harrison phoned the young man and claimed that an abandoned Mercedes-Benz had paperwork inside linking it to him.

Harrison was sentenced to six years in prison overall for his kidnapping attempt, theft of investment funds, and cocaine possession.[8] 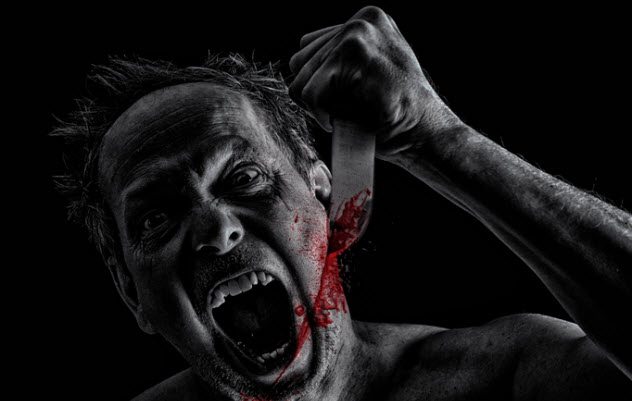 Self-employed stockbroker Justin Wicks had made a name for himself while working in finance in Paris, London, Miami, and Rome. The 41-year-old father of one had recently settled down in his hometown of East Yorkshire when the life of his once-happy family began to unravel due to the abrupt collapse of his mental health.

After suffering a breakdown, Wicks became convinced that a Mafia hit man was after him. Every day, his delusions increased, causing him to live with an enormous amount of fear. One evening, Wicks went to sleep with two knives beside him.

The following morning, his wife, Chiaki Yoshifusa-Wicks, was awakened by her husband’s rants about the imminent danger to them. He continued with his tirade as he scribbled words on a piece of paper. Then he locked himself in the bathroom.

After receiving nothing but silence to her pleas for him to open the door, Chiaki forced her way in and found the unthinkable. Her husband lay dead in the shower from multiple self-inflicted stab wounds to his throat. All that remained was a six-page suicide letter on the bathroom radiator and the forever unanswered questions of his loved ones.[9] 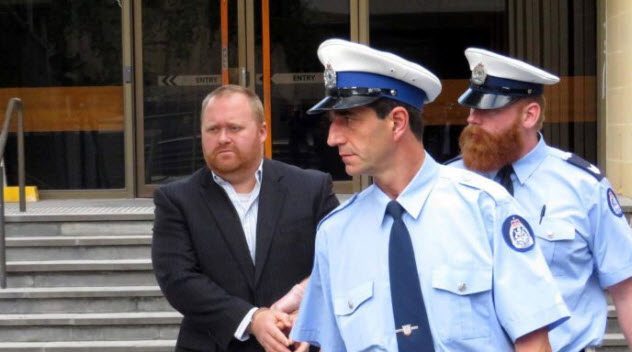 Stockbroker William Henry Richardson and his wife ran into each other at the Hobart shopping center one day in Tasmania, Australia. This occurred shortly after the wife had taken out a family violence order against Richardson. The order prohibited Richardson from speaking to his wife and their two children.

However, Richardson did try to talk to his frightened family from a distance at the shopping center. But his words fell on deaf ears. Following the brief one-sided conversation, the broker took his shopping cart to his car to unload his purchases. Minutes later, he returned to the store to buy an axe.

Without warning, Richardson attacked, striking his wife with five blows to the head and body. With a manic rage pulsing through his psychotic mind, he concentrated so completely on her demise that he forgot to take the axe out of the bag. All the while, his terrified children looked on, pleading for their mother’s life.[10]

Miraculously, Mrs. Richardson survived. Although she healed physically, she understandably requires “ongoing psychological treatment.” William Richardson was found guilty of grievous bodily harm and sentenced to seven years in prison. He will be eligible for parole in four and a half years. In an appalling and grotesque miscarriage of justice, Richardson was found not guilty of attempted murder.

Read more about the crazy world of finance on 10 Mystics And Prophets From The World Of Finance and 10 Dirty Little Secrets About The Experts We Trust.