The word “overdose” typically brings illegal drugs to mind. But it is not only street drugs or the abuse of prescription medications that can overwhelm the body and cause damage or death. Substances that are considered harmless or even healthy can become poisonous when misused.

The items listed below range from benign to beneficial in small amounts but become toxic in higher quantities. These seemingly harmless substances can land you in the hospital—or the morgue—if you overdo it. 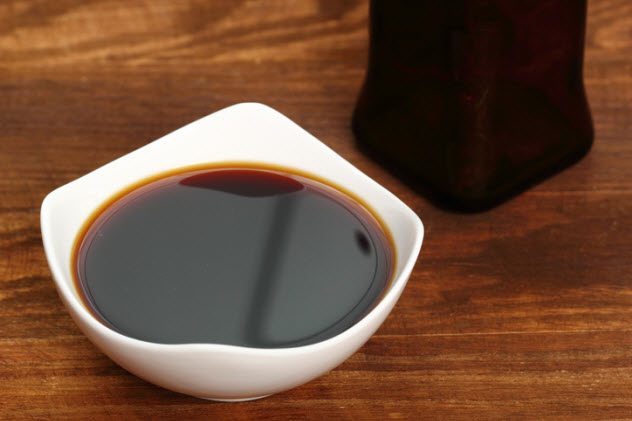 In 2013, a 19-year-old man from Virginia drank 0.9 liters (1 qt) of soy sauce after being dared by his friends to do so. He went into a coma and nearly died from the extreme levels of salt in his body.

Hypernatremia is a condition in which there is too much salt in the blood. When the bloodstream becomes saturated with salt, it draws water from other parts of the body, including the brain, in an attempt to lower the salt concentration. When the brain loses water, it can shrink and bleed.

After the Virginia teen drank the soy sauce, he began having seizures. His friends brought him to the hospital, but by the time he arrived, he had already fallen into a coma. Doctors flushed the salt from his system using a mix of water and sugar dextrose.

His sodium levels returned to normal five hours later, but he remained in the coma for three days before waking up on his own. Doctors said that the young man was lucky to be alive. He is the first person to overdose on such a high amount of salt and survive without any lasting neurological problems.[1] 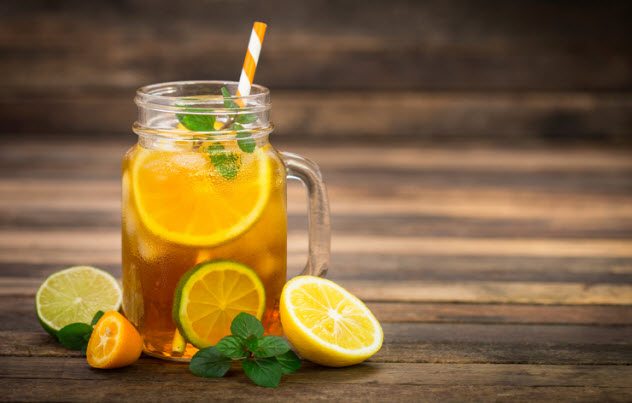 An Arkansas man suffered kidney failure as a result of drinking too much iced tea.

The 56-year-old man drank about 16 240-milliliter (8 oz) cups of iced tea every day. In May 2014, the man was admitted to the hospital after complaining of nausea, weakness, and body aches. Doctors discovered that his kidneys were extremely clogged and irritated. They started him on dialysis, which he will probably be on for the rest of his life.

The damage to the man’s kidneys was caused by a chemical called oxalate. This chemical occurs naturally in black tea as well as other foods such as rhubarb and spinach. Too much oxalate can lead to kidney damage.[2] The man from Arkansas was consuming 3–10 times more oxalate than the average American.

According to the Harvard School of Public Health, consuming up to four cups of tea per day is a safe amount. Sixteen cups per day is too many. 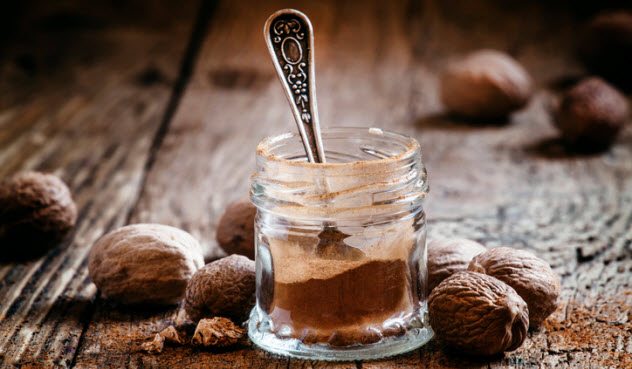 Nutmeg is popular this time of year, but be sure not to sprinkle too much on top of your eggnog. Ingesting as little as approximately 4.4 grams (2 tsp) of the spice can result in nutmeg toxicity.

Usually, people who ingest large amounts of nutmeg are looking for a high. The spice contains a natural compound called myristicin, which has hallucinogenic effects in large doses that are similar to the high from LSD.

Using the spice as a drug is a practice popular with teenagers and prison inmates because of its accessibility. But even though nutmeg is legal and easy to obtain, there are some very unpleasant side effects of ingesting the amount required to experience a high.

Within an hour of consuming a large amount of nutmeg, users typically suffer severe gastrointestinal problems. After a few more hours, people can begin experiencing heart and nerve problems. This is especially dangerous for anyone with an undiagnosed heart problem.

Hallucinations do not occur until several hours after ingesting nutmeg, which can lead people to consume additional amounts if they think they failed to take enough the first time.

Using the spice as a drug is not a modern development. Widespread nutmeg intoxication cases were seen in the early 1900s and then again in the 1960s before resurfacing more recently.[3] 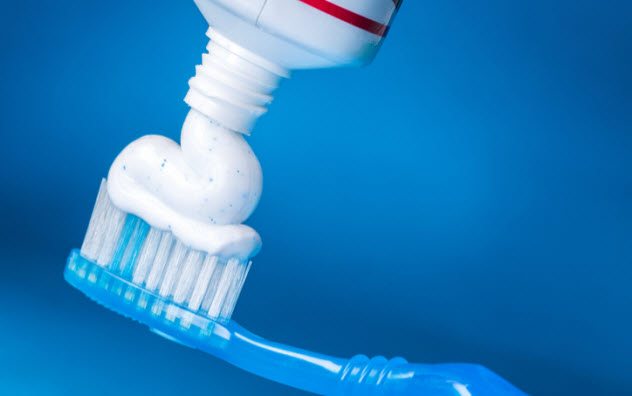 Too much toothpaste can have tragic results. In the early 1990s, toothpaste labels contained basic warnings that said, “Do Not Swallow. Use only a pea-sized amount for children under six.”

The Food and Drug Administration (FDA) did not believe that these cautions addressed the true dangers of consuming toothpaste. So in 1997, a poison warning was added to toothpaste products that contained fluoride.

The American Dental Association as well as toothpaste manufacturers thought that this requirement was an overreaction by the FDA. However, the FDA argued that fluoride is a drug associated with toxicity and, therefore, requires a strong warning for consumers.

Children are more susceptible to fluoride poisoning because their smaller bodies are affected by smaller amounts of the substance. A single tube of children’s fluoride toothpaste contains enough fluoride to kill a child weighing less than 30 kilograms (66 lb). If a child were to ingest only 3 percent of the tube, he would still experience acute fluoride poisoning, which causes flu-like symptoms, dizziness, and gastric pain.[4] 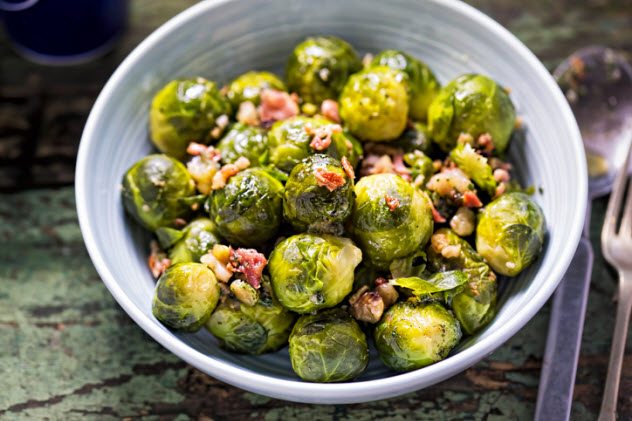 Cruciferous vegetables are a family of nutrient-rich, leafy green plants such as broccoli, Brussels sprouts, and kale. These veggies are often recommended because they contain high levels of antioxidants and other health benefits, but eating too many leafy greens can have negative results.

When too much vitamin K counteracted the effects of the man’s medication, he began experiencing sudden heart problems. Once doctors realized that the problems were due to the man eating too many Brussels sprouts, they were able to treat him. Fortunately, he recovered quickly.

Eating too much broccoli or kale can also result in hypothyroidism (an underactive thyroid) where the thyroid gland fails to make enough thyroid hormone. Nutritional experts say that “reasonable amounts” of cruciferous vegetables offer many health benefits. The negative effects of eating too many leafy greens only happen when people consume high doses. Once a person is diagnosed with hypothyroidism, they are warned to avoid cruciferous vegetables. 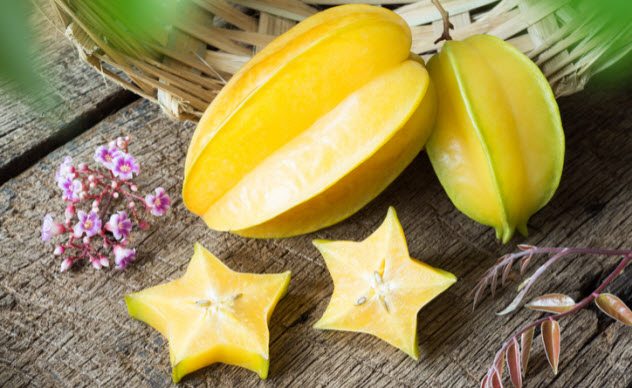 Carambola (aka star fruit) can do some major harm inside the body if too much is consumed. For people who already have weak kidneys, kidney damage or failure can occur from eating just a small amount.

Star fruit contains a toxin that is capable of wreaking havoc on the renal system. People with healthy kidneys can typically filter the toxin with no ill effects, but anyone with existing kidney damage is warned against consuming star fruit.[6]

The fruit is especially dangerous for people who are unaware that they have early stages of kidney damage. In addition to people who have existing kidney problems, those who eat the fruit on a regular basis or drink star fruit juice on an empty stomach are at highest risk for star fruit toxicity. 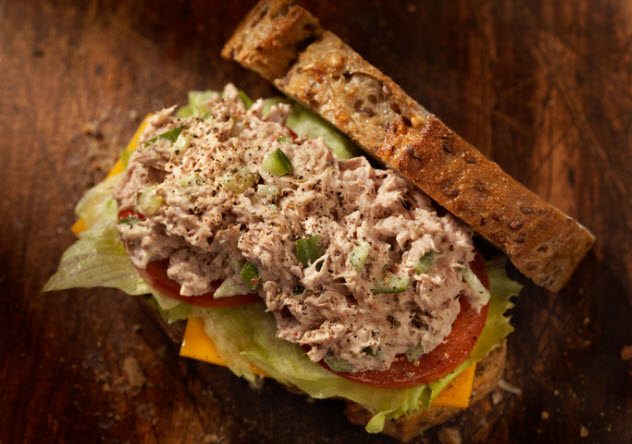 Warnings about consuming tuna are generally directed at pregnant women and small children, but the rest of us are also at risk if we overdo it at the sushi bar.

Raw, cooked, and canned tuna all contain mercury. Mercury is found in most types of fish, but bigger predatory fish contain higher concentrations. Tuna eat smaller fish, so they also consume the mercury content of smaller fish, which raises their mercury level.

Mercury is toxic to humans. Small amounts can be filtered out, but larger amounts will build up and result in mercury poisoning. The earliest signs of poisoning include poor coordination and numbness in the fingers and toes, followed by tremors and vision problems. Long-term mercury poisoning can affect memory function and impair the learning process. Severe cases can result in kidney problems, respiratory failure, and death.

Many people are aware of the dangers of eating too much tuna but are unaware of the actual amount that is “too much.” Certain types of tuna, such as the popular albacore, contain higher levels of mercury.

For a person weighing 68 kilograms (150 lb) or more, the FDA recommends consuming no more than one 170-gram (6 oz) can of albacore tuna every nine days. That means an every-other-day habit of tuna on rye for lunch would easily be enough to cause mercury poisoning.[7] 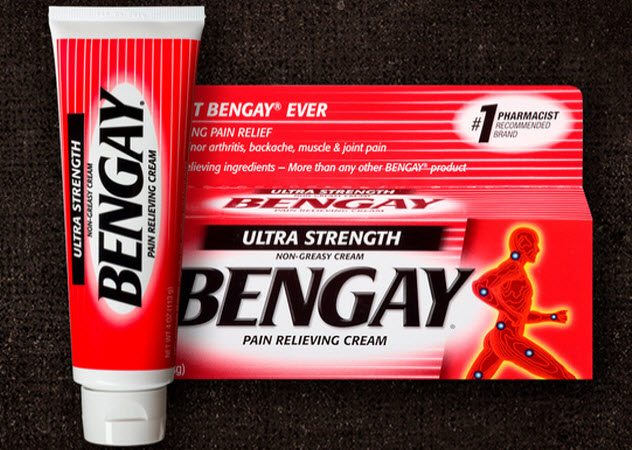 Muscle cream can provide relief from aches and pains, but using too much can have fatal consequences.

Methyl salicylate is an anti-inflammatory found in products that soothe sore muscles, such as Bengay and Icy Hot. Though muscle cream is applied topically, the substance enters the body through the pores and permeates muscles and nerves as well as the bloodstream.

Newman’s overdose was a result of repeated applications of high quantities. Her body absorbed the methyl salicylate over time until the chemical reached toxic levels.

She also applied muscle cream before participating in a track meet, which is believed to have been an additional factor in Newman’s death. The heat that was generated as she ran would have opened her pores, causing increased absorption. 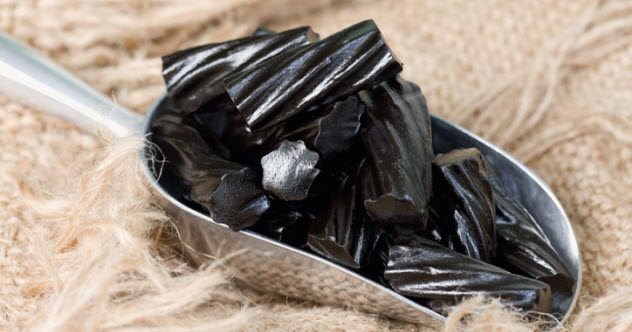 Black licorice can be dangerous, especially for people over age 40. The FDA released a report earlier this year cautioning against the effects of consuming black licorice on a regular basis or in large quantities. The warning from the FDA came after a 2016 case where someone who often consumed black licorice experienced heart problems that were attributed to the chewy candy.

Eating just 57 grams (2 oz) of black licorice, which is about three 2.5-centimeter (1 in) pieces, every day for two weeks can cause heart problems. Black licorice contains glycyrrhizin, a compound that causes potassium levels to decrease. When potassium levels fall, people are at risk of suffering from abnormal heart rhythms, high blood pressure, and even congestive heart failure.

People with existing heart problems are at higher risk of experiencing an adverse effect from consuming black licorice.[9] 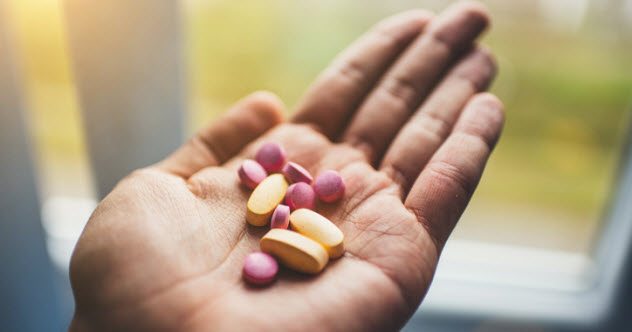 Vitamins are supposed to improve our health, but taking too many supplements can actually cause cancers well as other health problems.

Some types of vitamins are water-soluble. Excess levels of water-soluble vitamins get flushed out through urine. But other vitamins, such as vitamin A, are lipid-soluble. These types of vitamins are stored in body fat and do not get flushed out the same way. Lipid-soluble vitamins can build up to toxic levels and cause liver damage, birth defects, central nervous system disorders, and cancer.

In 1985, a group of doctors began a trial in which participants took high doses of beta-carotene, a vitamin A supplement that was believed to reduce the risk of getting cancer. The trial was shut down early because the regimen backfired and caused cancer in some of the participants instead of preventing it. Specifically, male smokers who took beta-carotene supplements were 18 percent more likely to develop lung cancer than those who did not.[10]

A 2001 study conducted by the National Cancer Institute resulted in a similar outcome. The study assessed the effectiveness of vitamin E in preventing prostate cancer. The findings showed that men who took vitamin E supplements were actually 17 percent more likely to develop prostate cancer than those who did not.

Water-soluble vitamins such as vitamin C are typically flushed from the body before toxicity occurs, but there can still be negative effects from high doses. Overdoing it on vitamin C can result in diarrhea, stomach cramps, and even kidney stones.

For more information about foods you may want to avoid, check out 10 Foods Made From Poop, Vomit, Or Spit. Would You Eat Them? and Top 10 Foods That Are Banned In The US.

10 Weird Ways Your Brain Is Tricking You