After nearly two millennia, Christians have yet to stop arguing over doctrines. One does not have to look far to see differing opinions across the Christian stage—Catholics, Presbyterians, Methodists, Pentecostals, Anglicans, Episcopalians, and more. Even before a plethora of denominations existed in Christianity, though, some beliefs about Jesus Christ were considered incongruent with what the Bible and church tradition had taught.

With Jesus Christ being recognized as the founder of Christianity, it is only natural that important discussions were held about who and what He truly was. If a man came and claimed to be God, would one not ask some difficult questions about this mind-boggling claim?

10 Jesus Was God In A Different Form
Modalism 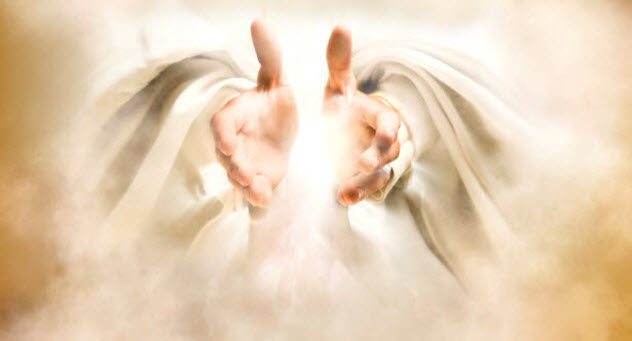 Modalism views God sort of like an evolutionary being. According to this view, God has changed forms since the inception of time. First, in this view, God was Father and then He came to Earth as Jesus Christ. After His ascension, He transformed into the Holy Spirit.[1] It’s almost like God could not make up His mind while at a costume party.

The problem with Modalism is that it rejects the Christian recognition that the one God is made up of three distinct persons—Father, Son, and Holy Spirit. These persons are distinct yet mysteriously united. Not to mention, it gets sort of weird when one thinks about the fact that the Father becomes the Son—meaning that the Father fathered himself. Gross!

9 Jesus Was Just A Spirit
Docetism 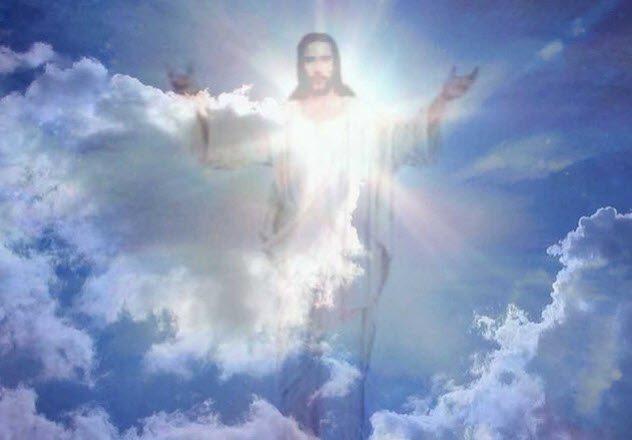 Another rejected but interesting belief about Christ was that He was not physical. Rather, the idea that Jesus had a body was only an illusion. He was just a really convincing ghost. Sounds like an interesting plot for the next Paranormal Activity installment. Additionally, this calls the curious mind to wonder about the mental health of the disciples if they were that convinced that Jesus was human.

This belief arose from the philosophical ideology that claimed that matter (the physical world) was inherently evil and to escape it was salvific.[2] Therefore, based on this reasoning, if matter is evil and God is good, then it is not possible for Jesus to have been human because the body is evil.

This is alarming for Christians because Christ’s full humanity is essential to Christ’s salvific power to humans. The Son of God (i.e., Jesus) became flesh to save the flesh of humanity. 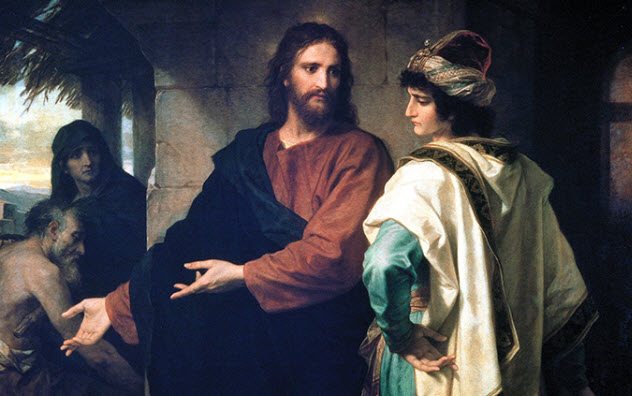 They believed that Jesus was a man (not born of Virgin Birth) who was able to pass God’s requirements for humans and was thereby adopted as His Son. His baptism marks that adoption because He was able to perform miracles afterward, was later resurrected from the dead, and rose to the status of Son in the Trinity.[3]

Jesus’s status as the eternally begotten Son of God before He was human affirms His substance being the same as the Father (homoousia). Jesus’s status as fully divine makes His atoning power on the cross more than sufficient for the sins of humanity. 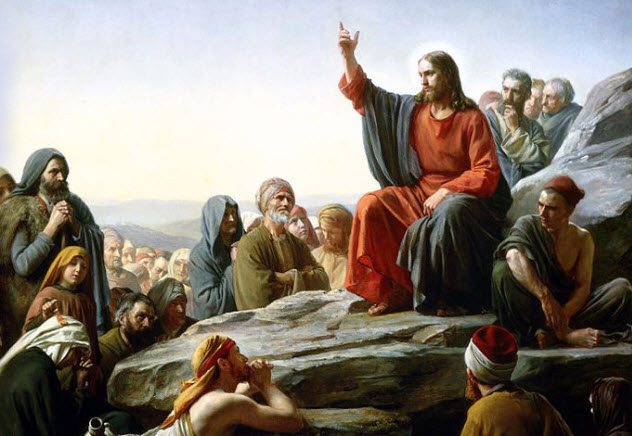 This heresy is much like Adoptionism but has a few distinctions that differentiate it. The Ebionites believed that Jesus was simply a normal man who happened to just outdo the rest of humanity in the virtue department.[4]

It was as though Jesus was a human who earned a status like a Greek demigod. He was still just a man, but His extreme virtue caused God to adopt Him and stamp Him as Judaism’s promised messiah.

Unlike Adoptionists, however, Ebionites found that they could be justified through keeping the law like Christ did. Therefore, Christ’s life is simply an example to follow and has nothing to offer humans in its atoning work.

Again, like Docetism, Ebionism interfered with the Christian belief of Jesus Christ being fully human and fully divine. Not only does this take Jesus out of the Godhead (the Trinity), but it also calls into question the power of His death and resurrection (had Jesus not been fully divine).

Additionally, this belief makes it seem as though humans could be without sin or of high virtue without God’s grace (Pelagianism). If that’s the case, why would humans need a savior from a Christian standpoint? On top of that, the reasoning of this heresy causes it to reject the Virgin Birth of Jesus Christ.

A man named Arius is infamous for having spread the heresy that the Son of God (i.e., Jesus) is not fully eternal. In other words, the Son of God was created in time and not eternally begotten by the Father. This is much like how a human father must precede his own child in existence.

What is particularly intriguing about Arius is that his heretical belief spread through songs he made. Is it not more fun to believe in falsehoods if they are catchy? A humorous video illustrating this is shown above.

Arianism was a problem for Christians because it called into question Jesus’s full divinity. For example, if Jesus was simply the Son of God made by the Father, then that makes Him subordinate in essence/nature because the Father is eternal. Also, this heresy calls into question the efficacy of the atonement and salvation because only someone who is fully divine can reconcile with the fully divine.[5]

To see a piece of the refutation that is still used by churches today, one only needs to look at the beginning lines of the Nicene Creed: “Begotten from the Father before all ages . . . begotten not made; of the same essence of the Father.”

5 Jesus Is Two Persons In One Body
Nestorianism 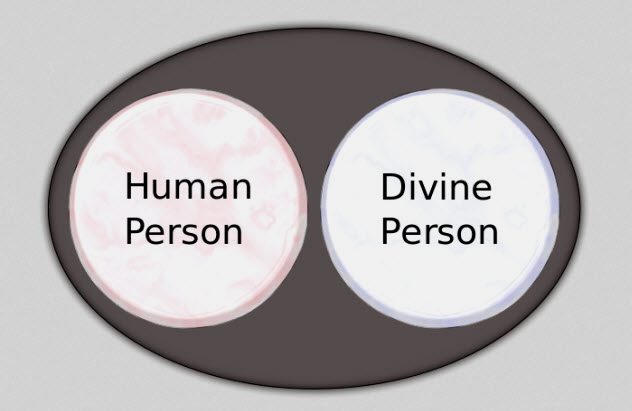 In Christian belief, the Son of God becomes human through the conception of Mary via the power of the Holy Spirit. This was a stumbling block to many because a person is entering into a different nature (i.e., divine person becoming human).

Nestorius, an archbishop of Constantinople, concluded that Jesus must be the product of two persons combined into one body.[6] Perhaps Nestorius thought that Jesus suffered from multiple personalities like Gollum—would that not be a sight?

Christians were alarmed by the teachings of the Nestorians because they violated the doctrine of hypostatic union, which said that Jesus was the fully human and the fully divine within one person—the divine person of the Son of God.

Nestorius also claimed that Mary was Christotokos (“the Christ bearer”) and not Theotokos (“the God bearer”), which emphasized Jesus’s humanity over His divinity. Nestorius’s claims called into question the salvific power of Jesus because of the lack of unity of human and divine natures. 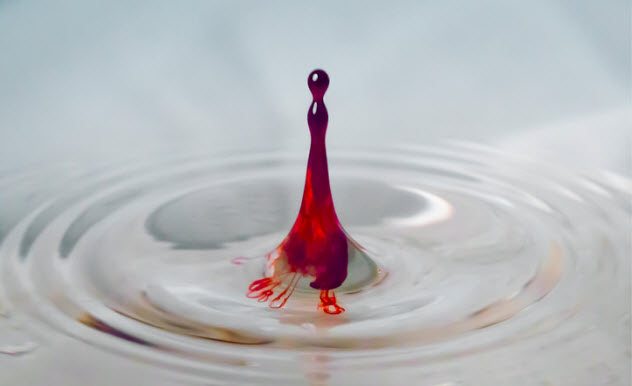 An adequate picture of this heresy is one in which a drop of food coloring is placed into a pool. The food coloring is Jesus’s human nature, and the pool water is His divine nature. An even more exciting picture might be an orca (Christ’s divinity) devouring a shrimp (Christ’s humanity).

This heresy is a form of Monophysitism (one nature) and contends that the divine will, being so superior, simply swallows up the human nature that the Son of God assumes. In other words, the human nature is there, but it is not easily noticeable.[7]

Like the other heresies, this calls into question the extent of Christ’s full humanity and full divinity. In Christian belief, if Christ was not fully human and fully man simultaneously, He would be unable to perform an effective sacrifice that would atone for the sins of humans. 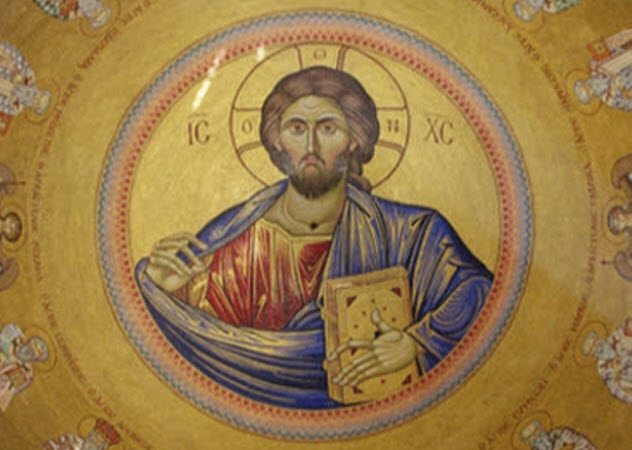 If someone has watched the film Napoleon Dynamite, he knows about the animal called the liger. A liger is part tiger and part lion but not really either of them simultaneously. It is a unique hybrid animal.

Some have believed that Jesus was a sort of “liger.” It has been believed that when the Son of God became human, His divine and human natures mixed together to create a hybrid human-divine nature. No longer were the distinct human and divine natures intact. Instead, there was only a new unique nature.[8]

To think of Jesus as a liger may be a sublimely awesome image, but it is not appealing to historical Christian orthodoxy. It does seem reasonable that the unity of the divine and the human would produce a single nature with distinguishable aspects of each nature that was combined.

2 Jesus Did Not Have A Human Mind/Soul
Apollinarianism 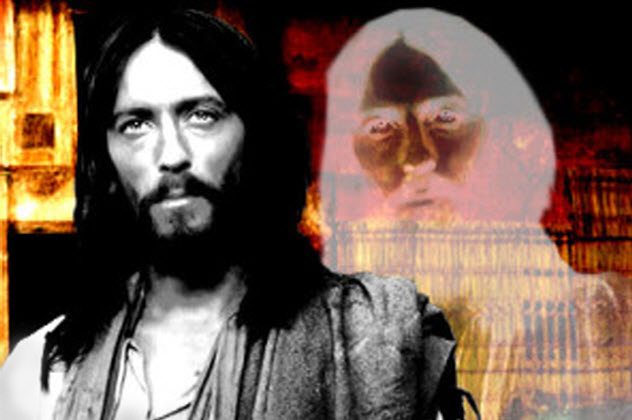 Taught by Apollinaris the Younger, Apollinarianism is another heresy classified under Monophysitism (one nature). Apollinaris held that Christ’s divine mind/soul took the place of a human mind/soul.

It is important to note that classic Christianity sees Jesus Christ (i.e., the Son of God) as a divine person. (“Person” is different than the word “human.”) Following this logic, it can seem rational that this divine person would simply put His mind/soul in place of where a human mind/soul would reside. In other words, Jesus was always thinking in a divine mind/soul.

Nevertheless, if Christ does not possess both a human mind/soul and a divine mind/soul, it would lessen both His divinity and His humanity. Ultimately, Apollinarianism is an attack upon the full humanity of Jesus.[9]

Again, this doctrine, which is in the camp of Monophysitism, calls into question Christ’s atoning power due to the violation of the doctrine of hypostatic union. Christ’s divinity makes His sacrifice on the cross pure while His humanity makes it effective for humans.

1 Jesus Only Possessed A Divine Will
Monotheletism 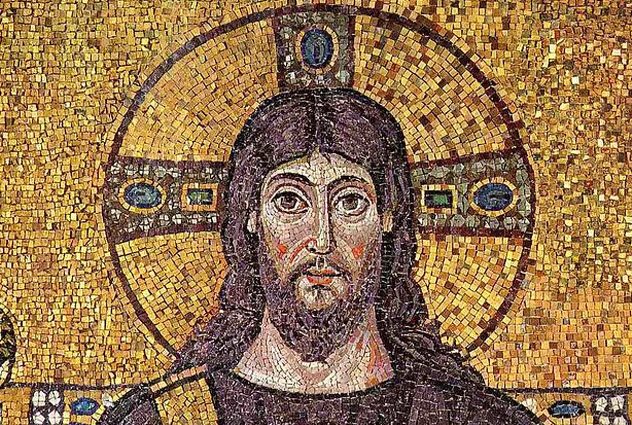 Another heresy that vehemently rejected Christ’s full humanity was monotheletism. It is important to note that “will” in this context refers to the ability to make a decision, not the decision itself.

Christians found that the ability to make a decision was an essential part of human nature. Therefore, the Son of God becoming a man would require Him to have a human will in addition to His previously present divine will. Two wills do not mean that Jesus made two decisions, though. His human and divine wills were views to work in unity just as human and divine natures did.[10]

The problems created by the adoption of Monotheletism are similar to ones that have already been discussed. Obviously, if Christ did not have a human will, which is viewed as a necessary aspect of His human nature, then He ceased to be fully human. Again, this lack of full humanity would put into question His ability to save people who are fully human if He is not fully human.

Additionally, if Christ were to possess only a divine will, it would call into question His peccability (i.e., His ability to sin). A divine will, though all-powerful, cannot sin. As fun and oxymoronic as it is to think of God not being able to do something, Christ’s peccability is a serious issue that is still debated today.

For more theories about the life of Jesus, check out Top 10 Bizarre Fringe Theories About Jesus and 10 Crazy Claims About The Bloodline Of Jesus Christ.