Depending on where you live, the first week of 2018 was either a gentle start to the new year or the most unbelievably cold week of misery you’ve ever experienced. The majority of the US spent the last seven days in the grip of a deep freeze that broke all sorts of records, while chunks of Europe were battered by destructive storms.

In a metaphorical sense, though, politics was where the greatest number of squalls were as entire nations were battered by the winds of protest and change.

10 Iran Was Hit By Its Biggest Protests In Years 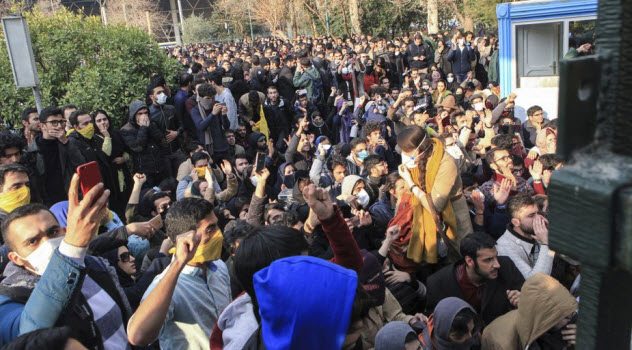 It started with the price of eggs.

On December 28, 2017, Iranians gathered in the blue-collar city of Mashhad to protest. Any sort of protest is rare in Iran, where the state cracks down hard on dissent, but these workers felt they had nothing to lose. After years of economic hardship, they’d now watched as the price of eggs and other basics suddenly spiked. They were angry, and they wanted to let that anger show.

And show it did. In no time at all, the protests had swept the entire country. There’s a rumor that the flames were fanned by conservative clerics hoping to force moderate President Rouhani from power. (Mashhad is a conservative stronghold.) If that’s the case, then they accidentally triggered a wildfire. At the time of this writing, tens of thousands are protesting, over 22 are dead, and Iran’s government is in panic mode.

The last Iranian protests in 2009 were directed by students and ruthlessly crushed. These blue-collar protests are harder to deal with. Tehran likes to portray the 1979 Revolution as a working-class uprising. If the workers are now rising against the Ayatollah, Iran’s clerics could find themselves in serious trouble.[1] 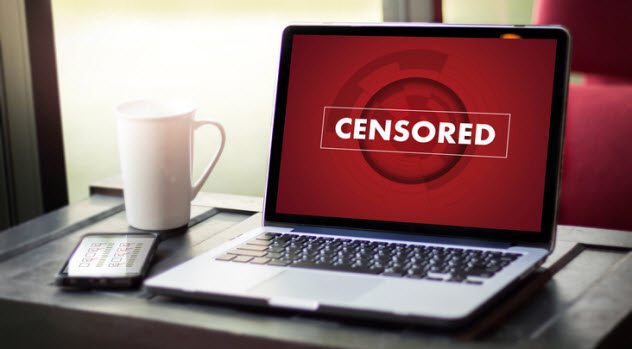 Germany’s Netzwerkdurchsetzungsgesetz law (thankfully shortened to NetzDG) may be about to change the Internet. Signed into law last year but only enforced since January 1, it makes social media companies responsible for any hate speech found on their networks. In practice, this means that platforms like Twitter, Facebook, and YouTube have 24 hours to take down any speech that breaks German law or face fines of up to €50 million.

Germany’s hate speech laws are already some of the strictest of any democratic nation. There are many protected categories as well as prison sentences for stuff like trivializing the Holocaust.

This new law brings that into the digital sphere by making social media companies responsible in the way broadcasters are. Its supporters say that it will stop the spread of extremism. Its opponents say that it encourages companies to preemptively censor almost everything.

Already, the law is courting controversy. Two anti-immigrant politicians and one parody account satirizing Islamophobia have been censored by Twitter. The country’s biggest tabloid, the relatively pro-immigrant Bild, is now calling for NetzDG to be scrapped.[2]

8 Greece And Macedonia Finally Began Sorting Out Their Name Dispute 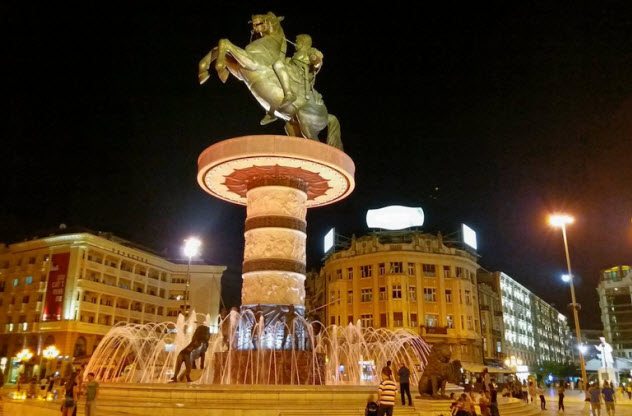 Ever since it became a country, Macedonia and Greece have not been friends. The trouble is the name “Macedonia.” Greece has a province bordering Macedonia that is also called Macedonia. However, as the heirs to Alexander the Great, Macedonia claims that the name belongs to them. Greece responds by saying Alexander came from Greece.

This is a trivial dispute, but it has consequences. Greece has blocked Macedonia’s ascension to both the EU and NATO. Macedonia nearly went to war with Greece over the issue. Macedonian nationalist leader Nikola Gruevski crammed Skopje with statues of Alexander just to thumb his nose at Athens.

This New Year’s, a detente may have finally been reached. Zoran Zaev, Macedonia’s new, pro-Europe PM, met with Yiannis Boutaris, the most important politician in Greek Macedonia. They both agreed that it was time to drop the naming dispute.[3]

Boutaris is backed by Athens, which has agreed to let Macedonia choose a new name that still has “Macedonia” in it (e.g., New Macedonia). For his part, Zaev has said that both his country and Greece share Alexander’s legacy. These are important concessions. If both countries can bury the hatchet, the southern Balkans may gain some rare stability. 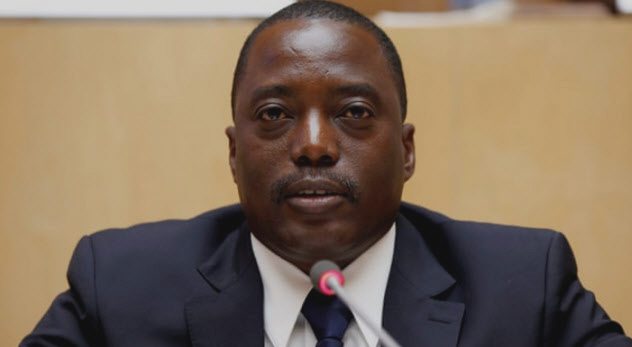 Have you ever wondered why the Democratic Republic of the Congo (DRC) is such a basket case? It’s at least partially because it’s stuck with leaders like Joseph Kabila. He has been in power since his father was assassinated in 2001. The DRC constitution allows leaders to serve two full terms post-election. Kabila won two elections after inheriting the country, and his term expired in December 2016.[4]

As you can probably guess from the fact that we’re talking about him, he didn’t step down. Violence followed, and the Catholic Church negotiated a final deadline for new elections to replace him by December 2017. Leap forward into 2018, and he’s still there. Kabila now says that he’ll step down in December 2018. If anyone reading this believes him, we have a bridge we’d like to sell you.

Kabila’s failure to stand down goes beyond greed. Congo is a country at war with itself, and the delayed election has triggered increasing violence. Hundreds have died. Hundreds of thousands have fled. At this stage, Kabila doesn’t so much have blood on his hands as rivers of it gushing over his expensive suit. 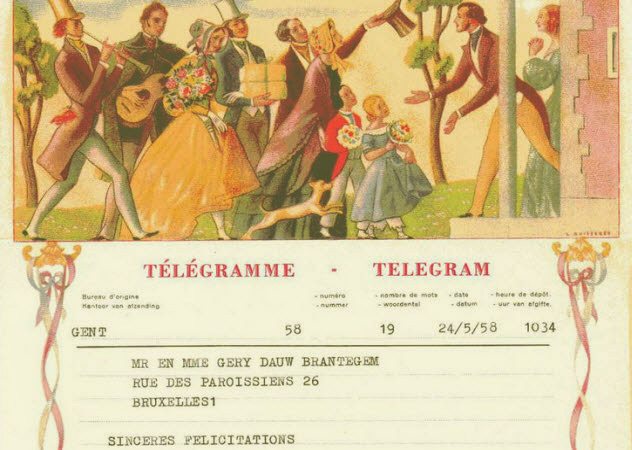 Like certain superseded technologies, telegrams have a sort of nostalgia value attached to them. Many of us would like to receive one on a special occasion, if only for the novelty and feeling of class attached.

In the dying hours of 2017, that suddenly got much harder to do. After 171 years of continuous operation, Belgium finally closed its telegram service. It was one of the last countries on Earth to offer a nationwide telegram service for non-novelty reasons.[5]

There’s not exactly a lot of mystery to this story. Faxes superseded telegrams decades ago, and email has now junked them all. According to Smithsonian Magazine, Belgium sent 1.5 million telegrams annually in the early 1980s. In 2017, it sent barely 8,000, nearly all sent by the same 10 business customers. In 2018, it will now send zero.

5 The US Got Really, Really Cold 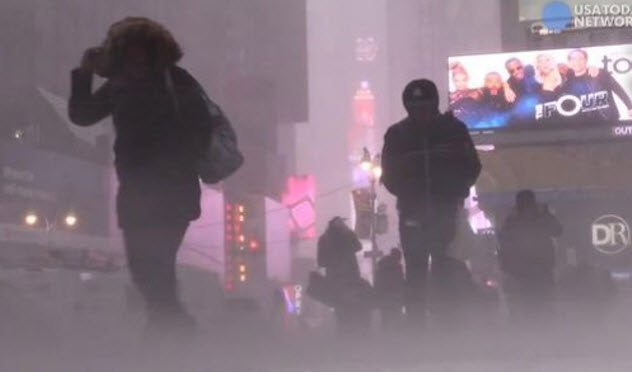 If you’re one of our US readers, chances are you’ve spent a large part of this week freezing your private bits off. As 2018 dawned, temperatures plunged across America, creating chaos and encasing everything in ice. In many places, the bone-snapping cold broke all sorts of records.

The freeze affected even normally temperate places like Florida, adding to the sense of an entire nation shivering in conjoined misery. To top it all off, a record-breaking bomb cyclone then hit the entire East Coast.[6] Who knew The Day After Tomorrow would turn out to be a documentary?

4 Moldova’s President Went To War With His Supreme Court 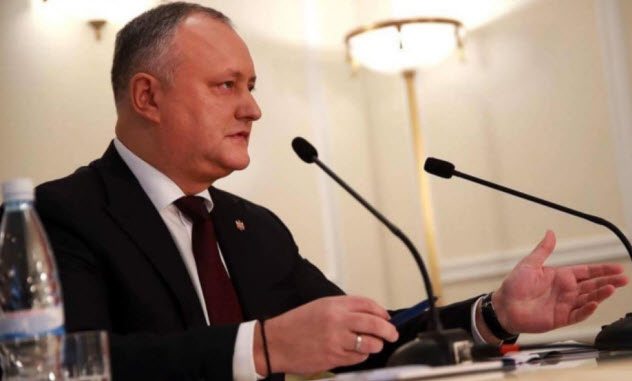 A tiny slip of land wedged between Romania and Ukraine, pint-sized Moldova is home to barely 3.5 million people. It’s also home to some major political drama. On Tuesday, the pro-Moscow president, Igor Dodon, blocked the pro-Europe government’s appointment of new ministers, claiming they were “incompetent.”

In the standoff that followed, the government asked for Dodon’s powers to be briefly suspended. The Moldovan Supreme Court ruled in their favor. How did Dodon react? By refusing to abide by the ruling and going to war with the country’s Supreme Court.[7]

Moldova is in a state of civil war similar to eastern Ukraine, if on a smaller scale. Transdniestria declared independence in 1992, with the help of Russian troops, and has remained a pro-Moscow breakaway statelet within Moldova ever since. More recently, Moldova has actively pursued EU membership, triggering a number of small diplomatic spats with Moscow. Now they’ve turned into a row that threatens to damage the entire country.

At the heart is the issue of Moldova’s identity. Does it want to follow neighboring Romania into the EU or cuddle up to Putin? If a decision isn’t made soon, it could rip apart the government. 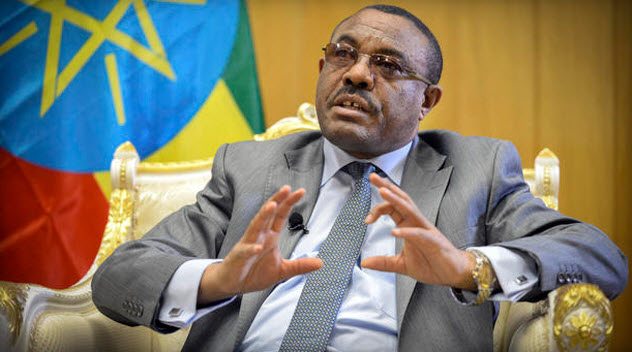 So, that was a surprise.

On Wednesday, Hailemariam Desalegn, the prime minister of Ethiopia, unexpectedly announced that all political prisoners at the notorious Maekelawi prison would be freed. Situated in the capital, Addis Ababa, Maekelawi is a grim torture station where bloggers, activists, and reporters are starved, beaten, and whipped for imaginary crimes, a place where people can vanish for years on end. Hearing it has closed suddenly after all these years is the last thing anyone expected.[8]

The reason may well be related to the protests we’ve previously told you about, which have gripped Ethiopia since 2015. Ethnic unrest has led to bursts of violence, looting, and crude forms of ethnic cleansing that have threatened to topple the state into a full-on civil conflict. Desalegn may be hoping that reforms—or the promise of reforms—quell popular anger among Ethiopia’s many ethnicities. 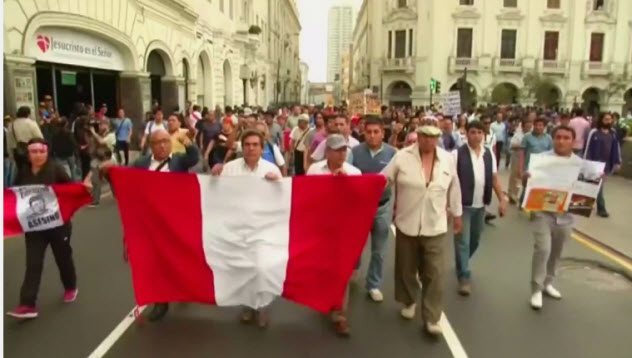 In the excitement of last week’s 2017 roundup, one of the biggest post-Christmas stories got missed. We might as well cover it now. Following impeachment proceedings which he scraped through by the skin of his teeth, Peruvian President Pedro Pablo Kuczysnki threw his political enemies an unexpected treat.

Kuczysnki’s most powerful rivals are supporters of Peru’s former dictator Alberto Fujimori. He was the president who took on Shining Path. But he also sent death squads after his enemies, rigged votes, and was caught up in a bribery scandal. In 2007, he was jailed for abuse of power, with his sentence extended in 2009 for human rights abuses. He was meant to be in prison for the next 25 years.[9]

Then came Kuczysnki’s impeachment vote. At the last moment, some hard-line Fujimori loyalists voted in the president’s favor. At the time, it seemed perplexing. Now it seems like a last-minute backroom deal to preserve Kuczysnki’s career in exchange for Fujimori’s freedom.

The pardon has caused ongoing mass protests in Peru and may have severely damaged the country’s international standing. 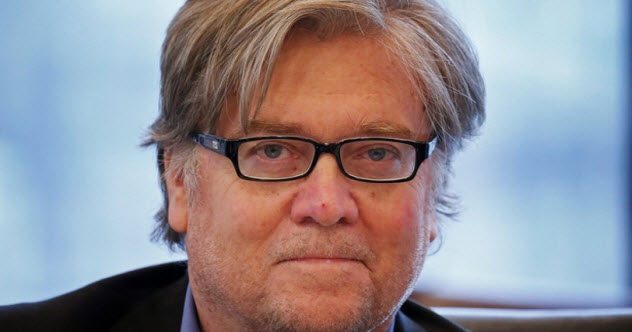 Steve Bannon is the man who made Donald Trump president.

The former editor of Breitbart News, Bannon forged the ethno-nationalist ideas that Trump would come to represent. He took over Trump’s flagging campaign and turned it into a vehicle for winning the White House. He was the ideological soul of Trumpism, the architect of the Muslim ban, and the man with the president’s ear.[10]

This week, this creator of Trump’s vision for America turned his guns on his old ally. In an upcoming book, Bannon called Donald Trump Jr.’s meeting with Russian agents “treasonous” and suggested that collusion was a proven fact. The president responded by declaring war on Bannon.

In one sense, this is merely a storm in a political teacup. In another, it’s a political bomb cyclone that could affect the whole of 2018.

Bannon is unquestionably from the alt-right. If he’s publicly saying that the Trump family committed treason, any plans to paint Mueller’s investigation as a liberal media plot suddenly fall apart. Bannon may be preparing to ditch the president in favor of a less damaged brand who shares his core beliefs. If anyone could take that person (whoever it is) and make them the next president, it’s Bannon.