The English language is the lingua franca of a large swath of the world. Approximately 20 percent of the world’s 7.5 billion people speak English, either as a primary or secondary language. Of those, 360 million individuals claim English as their native tongue.[1] As a dominant international tongue, English has its peculiarities. The language has its roots in a Germanic invasion of Britain in the fifth century. The Norman invasion of 1066 introduced French words to the mix, which, along with Latin, made English a smorgasbord of various dialects.

There are an astronomical number of words in modern English; the Oxford English Dictionary puts the tally at roughly 170,000. This gifts English speakers with a tantalizing array of choices to describe the world around them. Whatever they do, see, or feel, it would seem they have a word for almost everything. Below, however, we’ve put together a list of ten words from other languages without a direct English translation. The next time you have a feeling you can’t quite place, turn to this list; it might have just what you’re looking for. 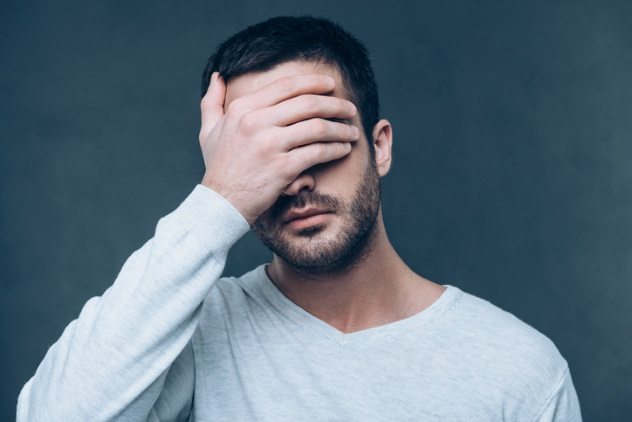 We’re opening this list with the French phrase l’esprit de l’escalier, which, translated literally, means “the spirit of the stairs.” The phrase “staircase wit” is also linked to l’esprit de l’escalier. The phrase refers to that moment when you come up with a witty comeback or the perfect retort too late. The use of “staircase” refers to one’s exit from the situation where their wordplay could have been put to work. There are so many times we’ve all had the right words for someone at the wrong time that it’s strange we’ve had no way to voice this frustration, until now.

L’esprit de l’escalier was the brainchild of French philosopher and art critic Denis Diderot, who came of age during the Enlightenment. His main claim to fame was as editor in chief of France’s Encylopedie during the 18th century, but we think his conception of this phrase is a close second.[2] Indeed, the Germans like the phrase so much that they have their own translation for it: treppenwitz. 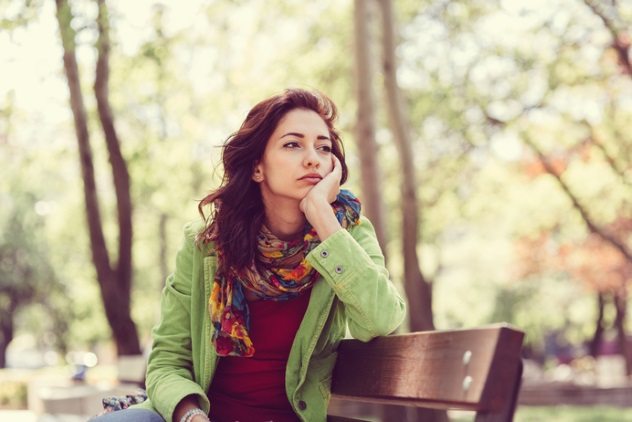 Saudade is a Portuguese word that means a feeling of bittersweet nostalgia. It’s no surprise that a Romance language is responsible for giving us a word for that feeling of loss that we just can’t put English words to. Portuguese author Manuel de Melo poetically defines saudade as “a pleasure you suffer, an aliment you enjoy.”[3]Saudade takes the feeling of longing further than pure nostalgia, reflecting on people, places, or sentiment long gone from one’s life.

Thoughts of childhood innocence and a desire for that bygone virtue. Yearning for the camaraderie you felt with your grade school friends. Feelings for a partner who is no longer with you. That notion you can’t place, a belief that “something” was once there that you can no longer access but for the fissures in your memory. The word for these sentiments is saudade. If a given memory or notion brings a twinkle to your eye, more likely than not, you, too, have experienced saudade. 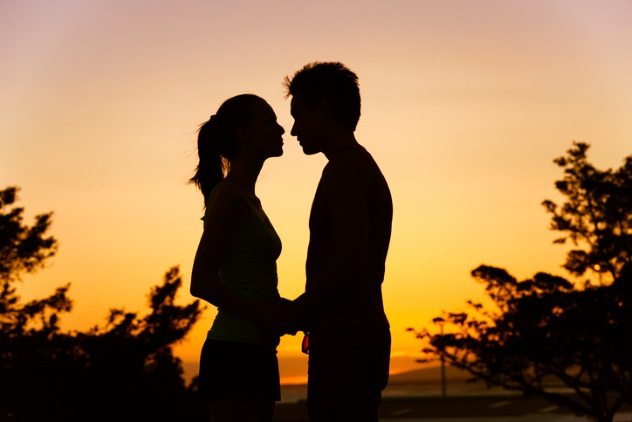 This next one is certainly a mouthful, and we’re guessing you had to give it a second read, maybe even a third. Mamihlapinatapai is a magnificent word that might have been lost to history were it not for the Internet. It comes from the Yaghan tribe, a people living on South America’s Tierra del Fuego archipelago. This territory is split between Chile and Argentina and is home to a nomadic hunter-gatherer tradition dating back more than 10,000 years.

Mamihlapinatapai is defined as “a look shared by two people, each wishing that the other would initiate something they both desire but which neither wants to begin.”[4] It’s pretty hard, if not downright impossible, to come up with an English word, or even phrase, that captures that concept. That’s probably why mamihlapinatapai earned distinction in the Guinness Book of World Records in 1994 as “the most succinct word.”

To communicate the urgency of the word requires the creation of hypothetical scenarios. Imagine you’re with a love interest, looking over a beautiful vista. Up to this point, you’ve been in the friend zone, but now, looking over a stunning sunrise, you both want to go in for a kiss. Unfortunately, not knowing how your yearning for the other would be met, you both do nothing. That right there is mamihlapinatapai. Here’s another example: You’re at the dinner table with your spouse’s family when an in-law starts going off on a political tirade. You look at your significant other, both of you wishing someone would just shut him up. But he goes on and on. You’ve both just experienced being on the losing side of mamihlapinatapai. Now you know—the next time a friend says, “I thought you were going to say something,” it’s mamihlapinatapai. 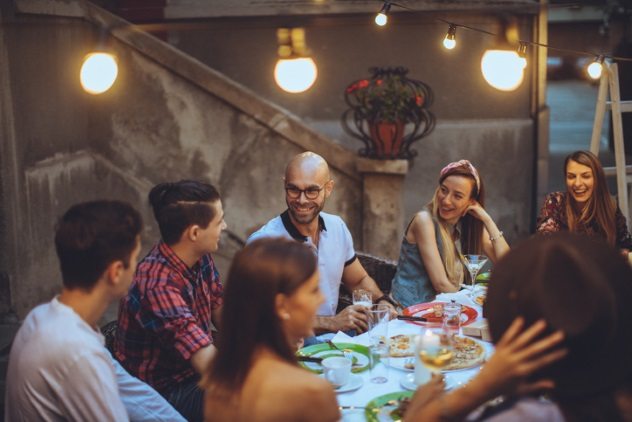 Sobremesa, translated literally from Spanish, means “over the table,” yet its meaning and connotations are as rich as its Iberian birthright. Sobremesa refers to the time after a hearty lunch or dinner where family, or even coworkers, sit together chatting and exchanging relaxed pleasantries.[5] The sentiment expressed with the word sobremesa isn’t necessarily surprising, as the Spaniards are renowned for their casual pace. The Spanish language gave us the siesta, after all.

Similar to sobremesa is the word tertulia, which also comes from the Romance language. Tertulia is a noun and references an artsy discussion held at a coffeehouse or anywhere coffee, or coffeehouse pastries like biscotti, are being enjoyed. It encompasses the same lackadaisical allure of sobremesa, with notes of caffeine for good measure. 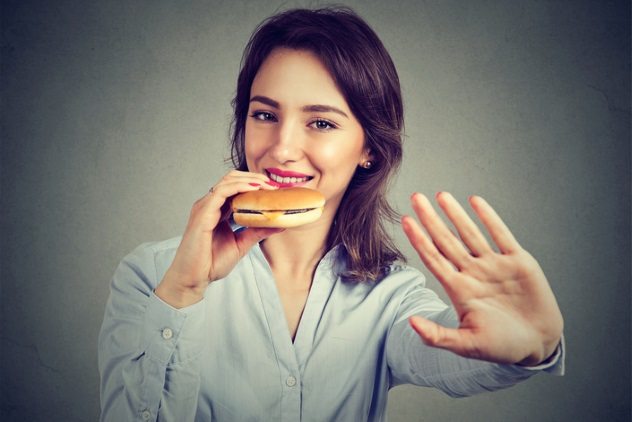 Scandinavian languages are ripe for the picking in terms of words we could really use English translations for. We previously gave play to the Danish term hygge, which sort of translates to an understated nirvana. Hygge means “a complete absence of anything annoying, irritating, or emotionally overwhelming, and the presence of and pleasure from comforting, gentle, and soothing things.” In essence, hygge is coziness.

Now, let us introduce you to Scandinavian Invasion 2.0, lagom. We like to think of lagom as the Goldilocks word. Lagom is Swedish for “not too little, not too much, the perfect amount.” Just as hygge had a bit of a cult following among anglophiles, the same can be said for lagom, which has caught on in Great Britain and the US.[6]Lagom encapsulates a mentality of moderation and can be applied to a couple different idioms we have in English. Consider “living within one’s means” or not “biting off more than one can chew.” Alas, there are no singular words that so beautifully capture that feeling of “just enough” as lagom does. 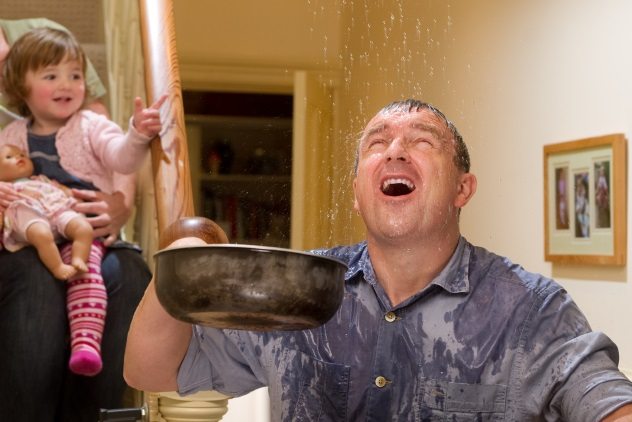 Schadenfreude’s popularity is hard to dispute, and its inclusion on this list is only partially correct. That’s because schadenfreude’s popularity led to its inclusion in the Oxford English Dictionary back in 1982, more than 30 years ago.[7] It’s also recognized by Merriam-Webster. Schadenfreude was so popular among English speakers that it steamrolled its way into our dictionaries. How often does one language like another’s word so much that it steals it?

As many of you already know, schadenfreude is German in origin. It means to find enjoyment in someone else’s sorrows. Many of us wish we were above feeling schadenfreude, but we’ve all had times where someone we found unpleasant experienced misfortune, and we thought, “They got what was coming to them.” Schadenfreude clawed its way out of relative obscurity after appearing in the OED, and the word’s popularity continued to climb right through the start of the new millennium. 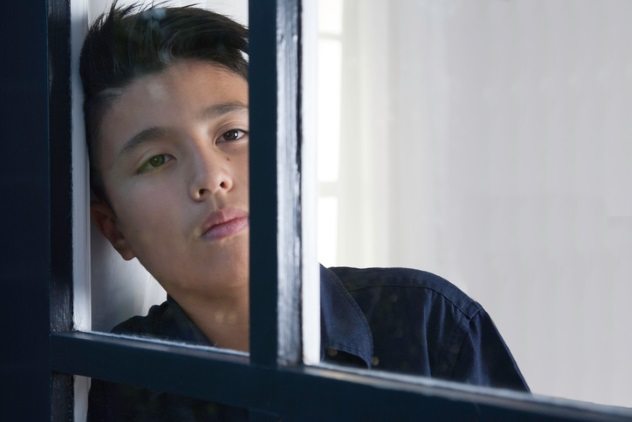 Han comes to us from the Korean Peninsula, and its meaning and emotion are deeply intertwined with Korean identity. Whole articles have been written about the word han, attempting to decode it for Westerners.[8]Han’s definition will depend on the context of its use, but in general, it refers to an omniscient feeling of pain and loss, one that pulls at your heartstrings. The feeling of han can be felt by an individual, or it can be felt by a whole society, taking on the characteristics of despair and oppression.

The concept of han is deeply embedded into Korean culture, seized on by artists and historians alike to describe Korea’s history of perseverance during hardships, including invasion by adversaries. As a final takeaway to consider, although han describes a feeling of loss and suffering, it can also hint at hope for the future. Of all the words on this list, its meaning and use is paramount, tied to national identity. Think of han, perhaps, as the darkness just before the dawn. 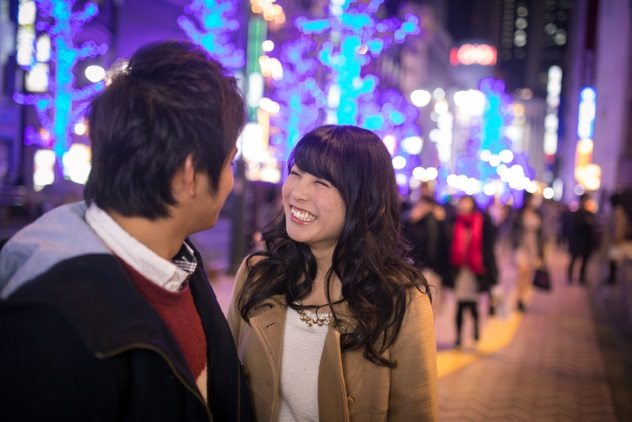 We’re cheating a bit with this one because koi no yokan is an untranslatable phrase and not a word per se. That said, its meaning is heartfelt and left a lasting impression on us. Koi no yokan is a Japanese phrase referring to meeting someone and believing, somewhere in your gut, that you will inevitably fall in love with them.[9]

Now, there’s a subtle distinction here, because koi no yokan isn’t “love at first sight.” The Japanese also have a word for that, hitomebore. Koi no yokan, then, is unique. It has a sunny level of foreshadowing built in, a premonition for what will one day be. Its storybook quality has influenced its use, and today, koi no yokan is a favorite phrase of Japan’s younger generation, who hope they, too, will experience it. 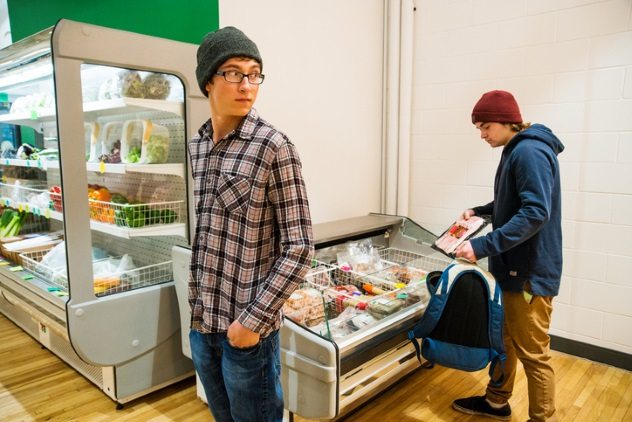 Mencomot is an oddity and demonstrates how nuances play an important role in defining words and differentiating them from each other. The word mencomot is Indonesian and refers to the act of stealing small items or taking things in minuscule increments. Mencomot could, for example, apply to taking an extra cookie at your campus cafeteria.

What makes mencomot unique is that it references stealing for the thrill of it rather than out of necessity.[10] Have you ever taken something just to see if you could get away with it? If so, then mencomot could apply to you, too. You might also want to ask yourself if you’re a kleptomaniac. Just saying. 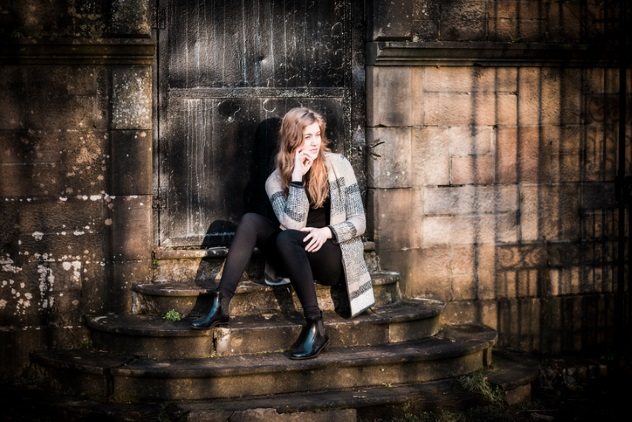 The final entry on our list is an Inuit word, and no, it’s not one of their many words for snow.

Iktsuarpok refers to the eagerness you feel waiting for someone to show up to your house, leading you to go outside multiple times to see if they’ve arrived yet.[11] It makes us think of kids anxiously waiting for Santa Claus each Christmas. (The jury’s out on if there’s a word for that specific kind of excitement.)

Evan Beck is a freelance writer living in the San Francisco Bay Area.

Read about more words that don’t lend themselves to translation on 10 Ancient Words We’ll Probably Never Translate and 10 Hard to Translate English Words.