The Netherlands is next up on our list of national facts, and we know what you want to know first. It breaks down like this: It’s legal to buy it, it’s legal to own it, and if you’re the proprietor of a hash bar, it’s legal to sell it.

It’s also legal to carry it. But that doesn’t matter because—get a load of this—if you get stopped by a cop in Amsterdam, it’s illegal for them to search you. That’s a right the cops in Amsterdam don’t have. Now we’ll enlighten you with 10 more fascinating facts about the Netherlands.

10 They Really Like Their Beer And Sell It To Everyone 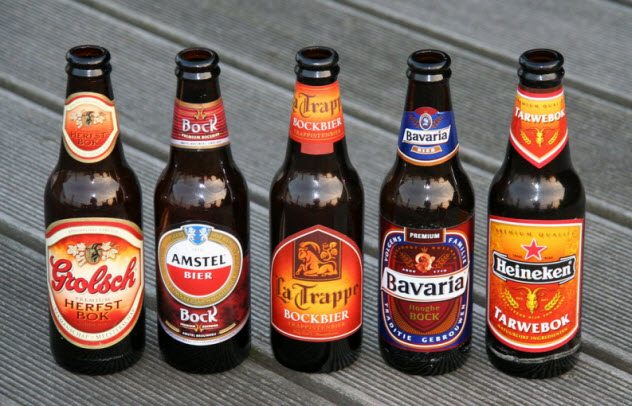 In the Netherlands, 74 liters (20 gal) of beer is consumed per person per year. They are second only to Mexico in terms of beer exports. Of course, this is partly explained by the fact that the world’s second-largest brewer, Heineken International, is based in Amsterdam.

The real story, though, is beyond the export market. While the Dutch happily flog their generic lager to English football hooligans across the water, they keep the really good stuff safe at home.[1]

There is a very good reason for this. The winter Herfstbok beers are sturdy drinks indeed, high in alcohol to stave off the cold and powerful enough that six of these will make a grown man cry. Spring’s Lentebok brings you back from the brink of total alcoholism with a lighter flavor and slightly less vicious punch.

Even so, the fact that the Dutch don’t spend their entire lives completely hammered on these amazing beers speaks volumes about their willpower, when you consider that you can walk into a movie theater in Amsterdam and buy a beer. And we don’t mean in a paper cup. We’re talking about a glass of beer. Incredible.

9 Drugs Are Good, And The Government Will Prove It 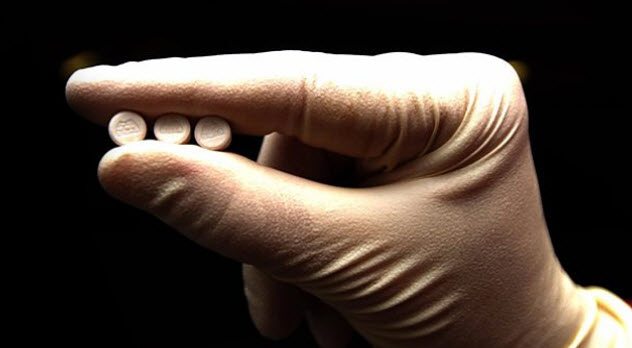 The Dutch are world-renowned for their liberal attitudes. But of course, the country isn’t some degenerate free-for-all. The health concerns of getting out of your mind on chemicals are not neglected.

A progressively minded place, the Netherlands recognizes that grown adults make decisions for themselves. Sometimes, that decision is to go to a club, take Ecstasy, dance to mindless repetitive music, and chew their own eyelids off.

As one couple told the BBC: “We take drugs to party, so the music and the colors are stronger. And also for sex, so the sex is better. Why do we have them tested? Because we like drugs, but we like our lives, too, and we don’t want to die.”[2]

The government agrees and will test your stash for free. The Netherlands has decriminalized the drugs that we know already work.

8 The People Once Ate A Burgher 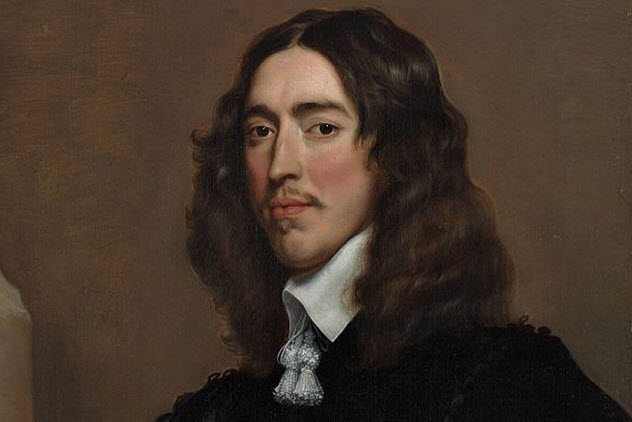 No, that’s not a typo. Back in 1672, the leader of a powerful region in the Netherlands was lynched and then eaten. Johan de Witt led the United Provinces to great wealth. But when the French invaded, his republican ways fell out of favor. As we have covered on these pages before, historical France was quite bellicose and not the cowardly vendor of pastries and cheese that we know and patronize today.

Incited by supporters of William III of Orange, a crowd burst into Johan’s house, dragged him out with his brother, Cornelis, and beat them to death. The bodies were hung upside down from a nearby gallows ladder and mutilated. Their fingers, ears, genitals, guts, and so on were completely sliced off.

Rumor has it that some of these prime cuts were promptly cooked and eaten.[3] Fortunately for everyone, street food has come a long way in Amsterdam since those days, at least in that you can now buy french fries on the streets.

French fry shops are everywhere in Amsterdam, more popular by far than chain fast-food restaurants. In Amsterdam, do you know what they put on fries instead of ketchup? Mayonnaise. It’s true, we’ve seen them do it. They drown the fries in it. Yuck. 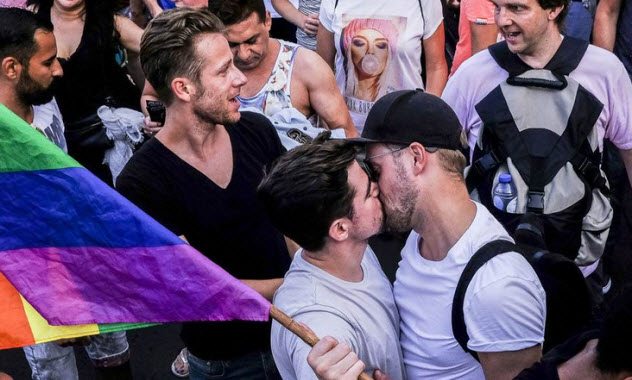 To the surprise of no one, the frisky Dutch led the world in marriage equality by passing legislation in 2001 to allow two people of the same sex to wed. Recent polls indicate that more than 90 percent of Dutch people support same-sex marriage. This openness to the wild idea that you should just let people do what they want as long as they aren’t harming anyone has also been credited with keeping the Dutch away from Zoloft.[4]

“It has to do with personal freedom,” said Ellen de Bruin, a Dutch psychologist and journalist whose work is titled Dutch Women Don’t Get Depressed. “Personal choice is key: In the Netherlands, people are free to choose their life partners, their religion, their sexuality, we are free to use soft drugs here, we can pretty much say anything we like. The Netherlands is a very free country.”

6 Sisters Are Doing You For Themselves 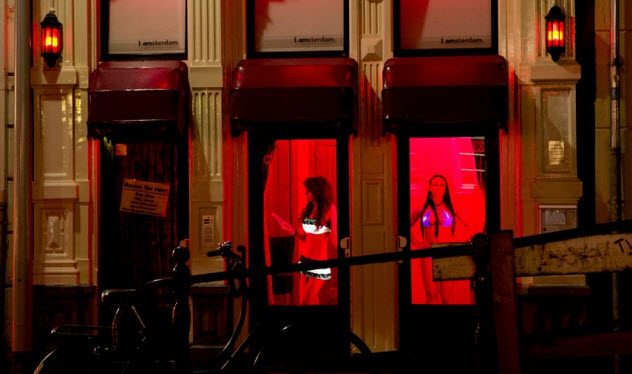 Banging overweight tourists for money. We’ve all done it. Sometimes, not even for money. Don’t lie to us, there was that one time. You know. We all know. Unlike what you did for $5 and a shot of tequila that one time, the girls of Amsterdam are getting organized.

By legalizing prostitution, the Dutch hoped that they would create a clean sex industry where independent sex workers could earn money away from pimps. It didn’t work. So now, the My Red Light Foundation is helping prostitutes to run their own brothels.

“Everything in this project, from the statutes to the decoration of the rooms, is thought out by sex workers,” said one of the prostitutes involved. “It is my hope that My Red Light will offer pleasant workspaces, where sex workers can be who they are and feel welcome. We are very excited about this experiment,” she added. “Because if it works out, we have a whole new model for prostitution.”[5] 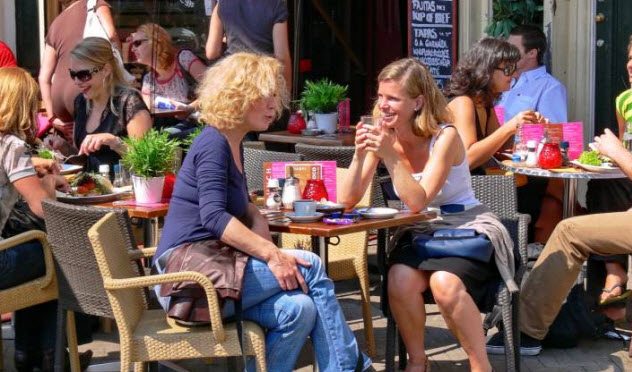 Heh-SELL-ick. That’s how you say gezellig. Like “schadenfreude,” gezellig is one of those words that has no direct translation into English. Unlike the German word for taking pleasure at the misfortune of others, gezellig means cozy, quaint, or nice. But it can also connote time spent with loved ones, seeing a friend after a long absence, or general togetherness.[6]

Naturally, there’s a sting in the tail, which is that pronunciation really matters. If the words are said in a light and upbeat manner, that’s gezellig. If one or more syllables are emphasized but drawn out, pretty much like saying “heh-SELL-ick” slowly, sounding slightly annoyed: ongezellig. Nega-gezellig. Like hanging out with the grandma you don’t like and who smells of cabbage.

4 A Conflicted Relationship With Islam 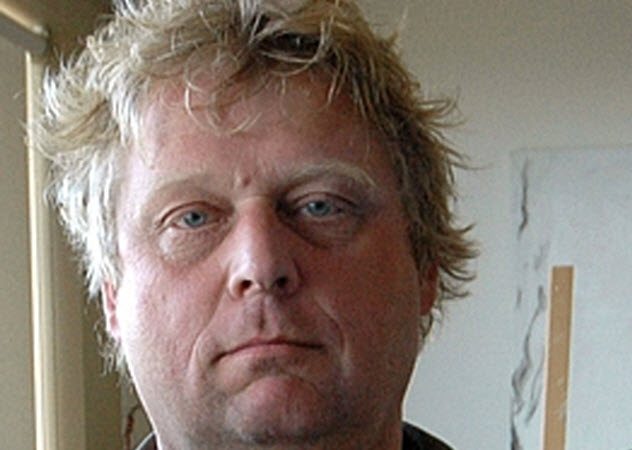 “He told me, Ayaan, if they kill me, remember the rule of law has to be protected against extremists.” Those were the words said by filmmaker Theo van Gogh to Ayaan Hirsi Ali, an ex-Muslim, atheist activist and victim of female genital mutilation in her home country of Somalia.

In 2004, van Gogh was murdered by Mohammed Bouyeri, a 26-year-old Dutch-Moroccan citizen, after van Gogh made a short film with Ali that dealt with the normalization of abuse toward women that they perceived in Islam.[7] After the murder, Ali was forced to flee to the United States, where she lives under permanent armed guard to protect her from assassination.

In 2009, Dutch politician Geert Wilders was charged with making statements that insulted Islam. At the time, he said, “I stand accused not alone but with hundreds of thousands of Dutchmen who reject the Islamization of the Netherlands. [ . . . ] I consider this a black day.”

Meanwhile, a state-funded hotline said that it could not act on a complaint about death threats against homosexuals posted to an online Islam forum in which the Muslim poster called for homosexuals to be “burned, decapitated and slaughtered.” This antidiscrimination watchdog group explained their reasoning: “The remarks must be seen in the context of religious beliefs in Islam, which juridically takes away the insulting character.”

3 The Star Fort At Bourtange 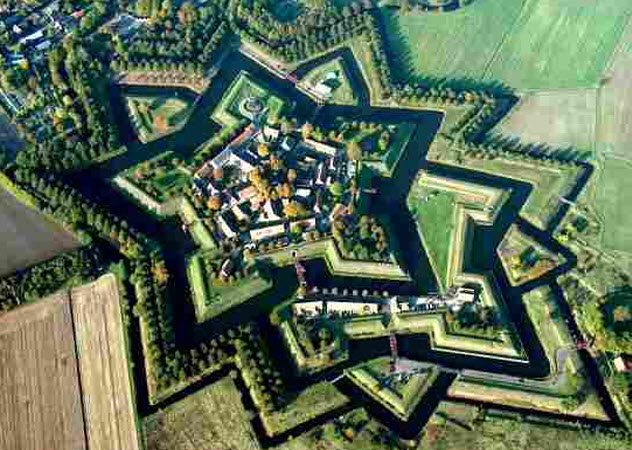 Star forts are objectively cool. No matter who you are, looking at a star fort immediately turns you into a seven-year-old boy who likes cannons. Star forts are cool because they sound like they should be in space, but they’re not. They are on planet Earth. Star forts are, as the name might suggest, shaped like stars.

Well, the aforementioned cannons were developed to take out those pesky castles people liked to build. Storming a castle isn’t as easy as it looks in Monty Python movies. You will probably die trying—unless you use gunpowder to smash iron cannonballs into the nice, flat walls of the castle. The other issue was that the high walls of traditional castles couldn’t defend well against sapping—tunneling under the walls and destabilizing them that way.

Enter the star fort. The fort at Bourtange is a beautiful example, shaped like two overlapping five-pointed stars. It was erected in 1593 by Willem Lodewijk van Nassau. Between 1593 and 1851, Bourtange was an important fortress on what is today the German border. The fort allowed the Dutch to completely avoid getting killed with cannons, which was the point of building it in the first place.[8]

2 Amsterdam Is Built On Poles 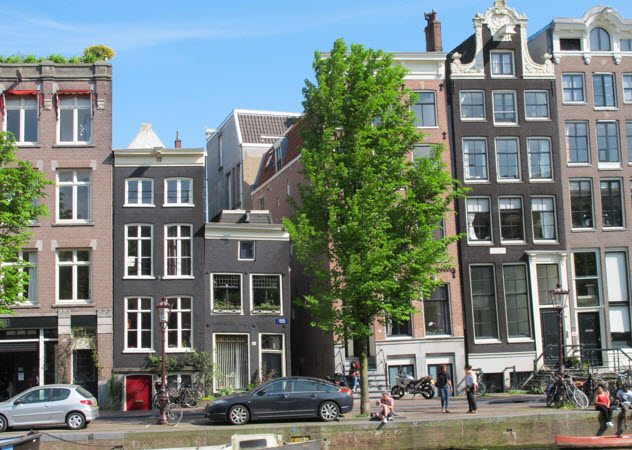 As Amsterdam’s soil consists of a thick layer of fen and clay, all buildings are constructed on wooden poles that are fixed in a sandy layer that is 11 meters (36 ft) deep on average. Yes, all of it.

Today, concrete is added to shore up the piles. But back in the 17th century, the architects weren’t in the business of looking 300 years into the future. If you go to Amsterdam today, you can see that many of the buildings have a certain lean to them, thanks to degrading poles, mismatched sizes, and the ravages of time.

With the terraced style of Amsterdam’s houses, the problem is mitigated by houses being held up by their neighbors. Still, the city is in a state of constant renovation and renewal.[9]

The Royal Palace on Dam Square is built on no less than 13,659 wooden poles. Most houses have around 10 wooden poles to keep them out of the swampy mire, but Centraal Station is supported by approximately 9,000 houten palen. 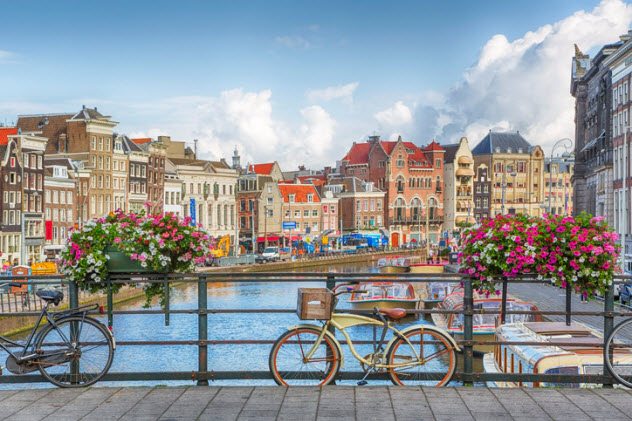 881,000: That’s approximately the number of bicycles in Amsterdam. Oddly enough, there are only about 799,400 people living in the metropolitan area of the city. According to some estimates, around 100,000 bicycles are stolen each year. But looking at the multistory bicycle parks in Amsterdam, you might wonder if people just forgot where they left their bikes and were too embarrassed to say.

Huge areas of city center real estate are given over to bicycle parking bays, and the area has some of the most extensive bicycle-only lanes on Earth. Do not walk on them. You will be killed.[10]

25,000: That’s the number of bicycles that end up in Amsterdam’s canals each year. It is said that only 8,000 bikes are pulled out of the canal every year, which means that there are quite a few bicycles still lurking under the waters. This is growing at a rate of 17,000 bikes per annum.

Ash is editor-in-chief of Republic Standard.