This week, nearly all Western eyes were fixed on Florida where the US suffered its deadliest school shooting since the Sandy Hook massacre. Despicable as this atrocity was, it wasn’t the only major story out there. In Africa, political eras were coming to a close, while corruption scandals were gripping entire nations elsewhere. There was even time for at least one major scientific breakthrough. All in all, another crazy week.

10 The US Suffered One Of Its Deadliest School Shootings 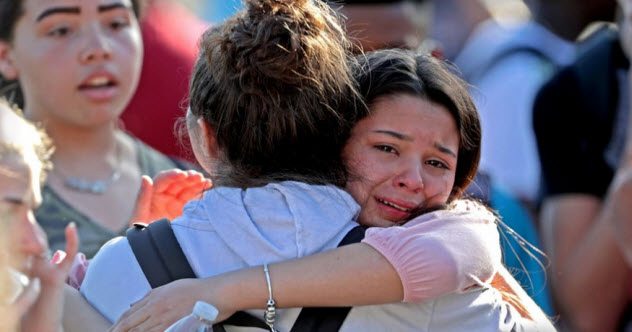 The last five months have seen three of the 10 deadliest mass shootings in US history.

First, Stephen Paddock opened fire on a Las Vegas concert, killing 58. A month later, a man strolled into Sutherland Springs Church in Texas and killed 26. Now this. On Wednesday, 19-year-old Nikolas Cruz walked into his old high school and opened fire. At the time of this writing, 17 people were dead. The death toll may rise.

Cruz’s profile reads like that of a stereotypical school shooter. He was a violent loner with behavioral problems who was obsessed with weapons. Despite this, he was able to legally buy the AR-15 he used in the massacre. Although school staff had sounded the alarm about him, it appears that nothing was done until it was too late.[1]

Mass shootings are a uniquely American sickness, and they’re getting worse. The death toll from this attack, Texas, and Vegas is over double that of every single terrorist attack in Western Europe last year. Unless some difficult conversations are had—and soon—it’s likely that Wednesday’s tragic shooting won’t be the last.

9 Jacob Zuma Was Forced From The South African Presidency 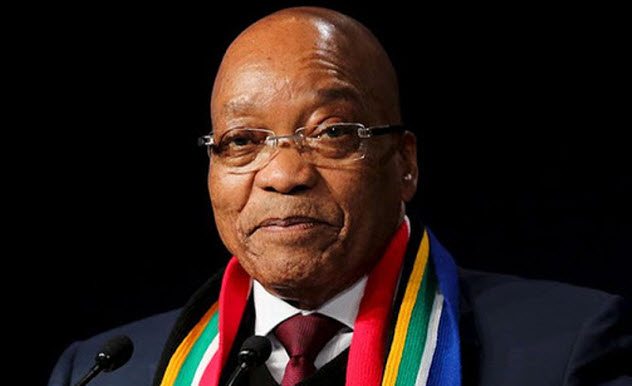 It’s official: Jacob Zuma is out. The president of South Africa ended his nine-year tenure on Wednesday after support within his own ANC party completely collapsed. Having come to power in 2009 with the promise of change, Zuma wound up overseeing a near-decade of corruption, financial mismanagement, and economic disaster that left the former regional powerhouse in woeful shape.

The charges against Zuma are long and ignominious. It’s said that he used public funds to enrich his own family and that he cozied up to the Gupta business dynasty and allowed them to influence his government. He oversaw a protracted economic slump—triggered by his own policies—and an uptick in violent crime following a long decline. Although his AIDS prevention policies saved lives, the general consensus is that he was a disaster.

There were worries that Zuma would refuse to give up his grip on power even after the ANC voted him out. In the end, he jumped before the final push. Cyril Ramaphosa has now taken over as South Africa’s leader. Here’s hoping that he doesn’t repeat his predecessor’s mistakes.[2] 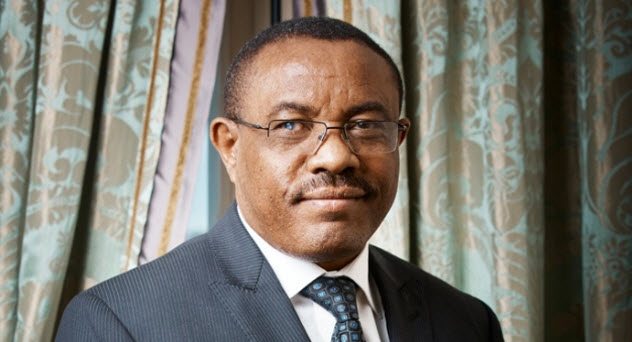 Less than a day after Zuma was forced from power, there was another major political upheaval in Africa. Ethiopia’s Prime Minister Hailemariam Desalegn unexpectedly announced that he was resigning. His departure from the post he’s occupied since 2012 marked yet another twist in the long-running story of Ethiopia’s post-2015 unrest.

The Horn of Africa’s major power, Ethiopia has been in a state of instability since antidevelopment protests spiraled out of control three years ago, leading to riots and violence. Hundreds have since died, the government’s grip on power has been weakened, and the nation has fractured along ethnic lines.

Desalegn had previously tried to calm things by releasing 7,000 political prisoners but to no avail. His resignation was the last card he had to play.[3]

Desalegn will now stay on in a caretaker capacity until a new leader can be chosen. Whether his actions will quell the deadly unrest gripping Ethiopia remains to be seen. 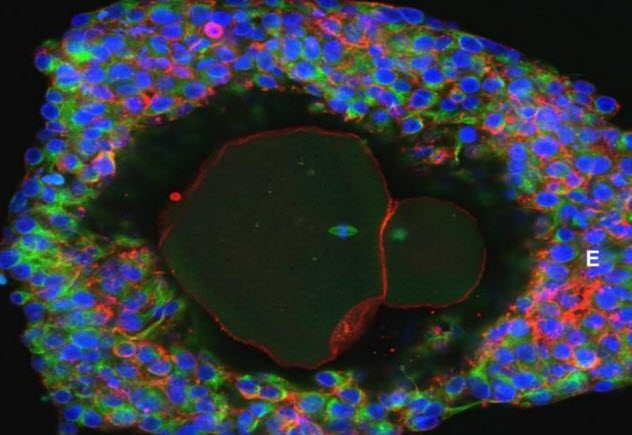 You can chalk that up as another science win. This week, for the first time in history, researchers revealed that they had managed to grow human eggs to maturity in a lab setting. While they didn’t create the eggs from scratch—although misleading headlines may have given that impression—this breakthrough still has enormous real-world applications.

Chief among them is helping cancer survivors. Girls who have chemotherapy before they mature can wind up having fertility problems later in life. Currently, the only way to give them a shot at conceiving is to remove some of their ovarian tissue before treatment starts and later reimplant it.

The downside is that this can reimplant the cancer cells, too, effectively signing their death sentence. Being able to grow the eggs outside their bodies means that these girls will be able to conceive when they reach adulthood without the additional cancer risk.[4]

Practicalities aside, the mere fact that this was possible also represents a great advancement for science. 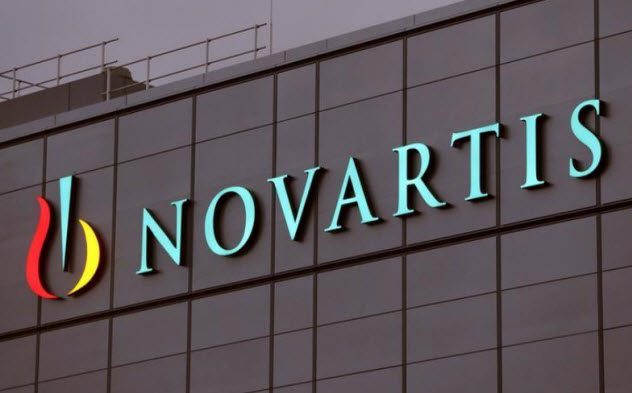 If all the many allegations about Swiss pharmaceutical giant Novartis turn out to be true, the company may well be at the epicenter of one of the biggest bribery scandals in medical history. Novartis is currently under investigation by both Greece and the US—and has already been fined millions by South Korea—for bribing doctors to prescribe their products.

On Monday, the company’s woes got even worse. The Greek investigation uncovered evidence that Novartis may have spent nearly a decade bribing not just thousands of doctors but many of Greece’s most senior politicians. By one estimate, over €50 million may have been spent to ensure that two prime ministers, the governor of the Bank of Greece, and the EU’s migration commissioner were all in Novartis’s pocket.[5]

It’s important to note that the company denies any wrongdoing. But if they’re found guilty, it will be the mother of all scandals. 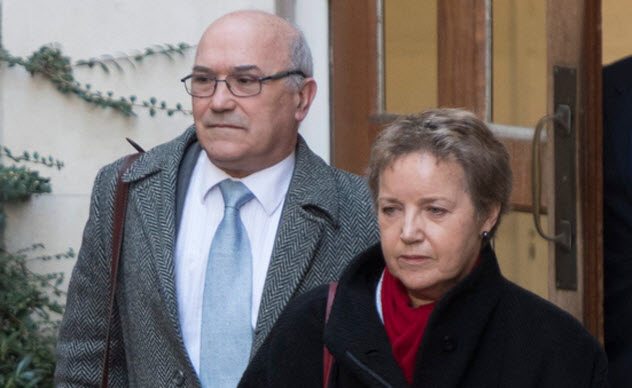 Britain’s Oxfam, one of the world’s biggest charities, has been doing development work in crisis-hit places for decades. At least, that’s the official story. Over the last week, a series of explosive revelations has shown that the aid charity might not be as benign as we thought.

The first scandal to emerge involved the use of development money to throw lavish parties for Oxfam teams in disaster areas, including buying prostitutes. Specifically, it’s alleged that a team headed by Roland van Hauwermeiren paid for sex workers in Chad in 2006 and for underage prostitutes in Haiti following the 2010 earthquake.

Barely had the dust settled on these claims than a separate report surfaced claiming that Oxfam workers in poor countries had traded sex for aid. This was followed by other claims that up to 10 percent of the staff in some nations had been sexually abused and executives had covered it up.[6]

Whether Oxfam survives this triple blow of scandal remains to be seen. The UK is now launching a probe into the entire aid sector that could yet claim the scalps of more global charities.

4 Australia Began A Commission Into Its Entire Banking Sector 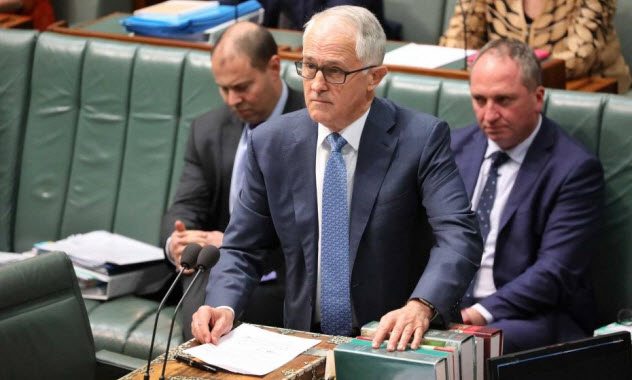 It’s Australia’s biggest sector, a vital part of the nation’s economy. And it’s now on the receiving end of a royal commission into what awful stuff it’s been up to. After a lot of resistance from Malcolm Turnbull’s government, Australia’s royal commission into banking practices finally began this week. Scheduled to finish a year from now, it is expected to rake up unbelievable amounts of muck.

Australia’s banks have spent the last 10 years acting like the 2008 crisis didn’t happen. Among their alleged crimes has been breaching the law to inflate their earnings (thus triggering the 2009 Storm Financial collapse), rigging Malaysian currency markets, and just generally giving terrible financial advice. The Commonwealth Bank of Australia (CBA) has even been found to help fund terrorists and money launderers.[7]

The commission will now decide how culpable Australia’s bankers are for these transgressions. The potential is there to shake up the entire antipodean banking industry or even bring down Turnbull’s fragile government. 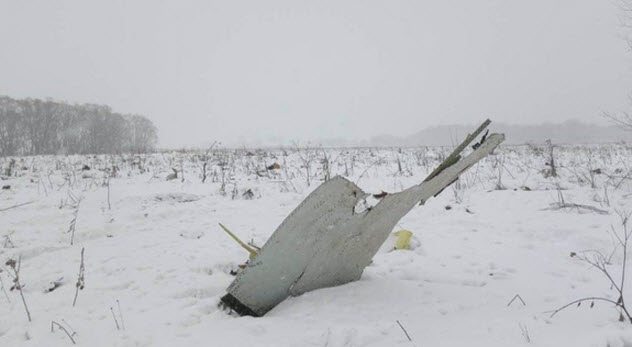 2017 was the safest year to sit inside an airplane. Ever. During the whole 12 months, not a single commercial passenger jet crashed fatally anywhere in the world (although two light planes carrying tourists memorably crashed on the same day in Costa Rica and Australia). This contrasts with 271 killed in commercial jet crashes in 2016 and 471 in 2015. There were hopes that this good luck streak might last through 2018.

Sadly, it didn’t. On Sunday, a plane flying out of Moscow in bad weather plunged into the frozen earth outside the capital. All 71 people aboard died on impact.[8]

It’s thought that either ice on sensors or faulty speed indicators were responsible for the tragedy, the deadliest for a commercial jet since the Colombian crash of November 2016. Awful as it was, the fact that the crash was newsworthy in itself shows just how far air safety has come in the last few years. If companies keep investing and technology and training keeps improving, maybe zero-crash years will soon become the norm.

2 We Discovered A Completely Unknown Language 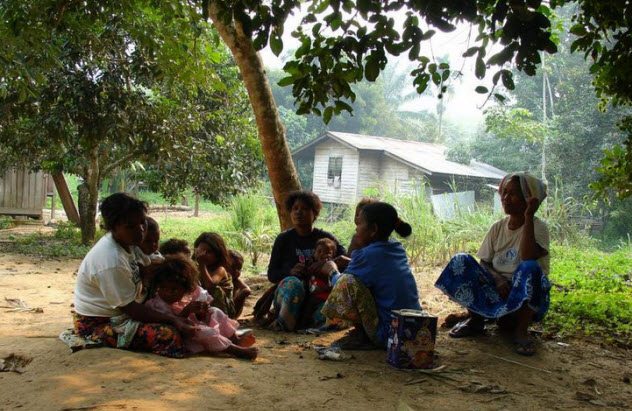 There are a crazy number of undocumented languages out there. But undocumented doesn’t mean unnoticed. Anthropologists are aware of plenty of tongues that no one has gotten around to transcribing yet, and getting them on paper is a semi-frequent occurrence. It’s much rarer to discover and document a language that no one even suspects of existing.

Yet, this week, that’s exactly what happened. On February 9, researchers from Lund University in Sweden revealed that they’d uncovered a completely new language in Malaysia. Known as Jedek, it’s spoken by a mere 280 people.

This is the first time since 2013 that a wholly unknown language has been discovered. That it was even noticed was remarkable. Linguists and anthropologists have studied in the local community before, but they never realized that a number of its inhabitants spoke a second language in addition to Jahai. By recording it, these researchers have helped preserve a fragile fragment of our global culture.[9] 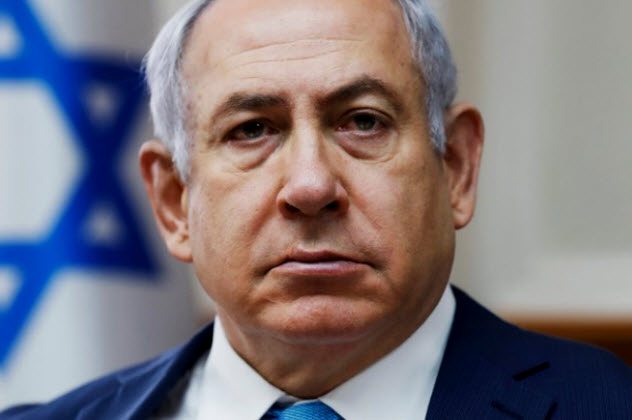 After 14 months, two of the three investigations into Israeli leader Benjamin Netanyahu finally came to a head. This week, Israeli police recommended that Bibi be indicted for two counts of corruption. While only Attorney General Avichai Mandelblit—a Netanyahu appointee—has the power to begin prosecuting the prime minister, it’s starting to look like the writing’s on the wall.

The cases relate to one count of accepting gifts from Hollywood producer Arnon Milchan in return for pushing through tax laws that would benefit him (Milchan was born in Israel) and one count of bribing a newspaper editor for better coverage by promising to sink his rival. In addition, police are weighing a third charge of handing out lucrative defense contracts to family members.

Bibi has gone on the attack, saying that the police have a political bias against him. Nonetheless, anti-corruption demonstrations have been growing in Tel Aviv and even the military seems to be stepping back from the embattled PM. It may not be too long before we find ourselves in a post-Bibi world.