A young nation of 37 years, Zimbabwe has seen enough trouble and strife to last a century. A tyrannical leader and rampant corruption will likely ensure plenty more for years to come.

It’s a fascinating and beautiful land, striving to reclaim her former riches with the despotic Robert Mugabe in charge. That’s hard when you don’t even have your own currency. 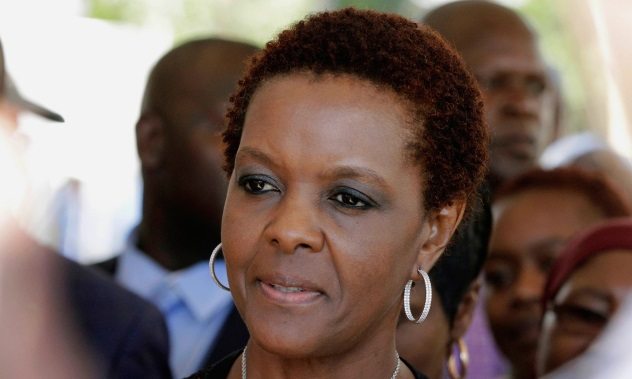 Never one to shy from a fight or a headline, Grace Mugabe has form and a mean right hook. Back in 2009, she joined her bodyguard in kicking the snot out of a photographer. This very month, Mrs. Mugabe visited her sons in South Africa, only to discover that her darling angels were also entertaining a 20-year-old model.[1]

Like any loving mother, Mrs. Mugabe whipped the model with a plug extension and then went on the run. Despite assurances to the media that the SA police would apprehend the fugitive—and rumors of attempted bribery by the model’s family—Grace was granted diplomatic immunity and cannot be charged. 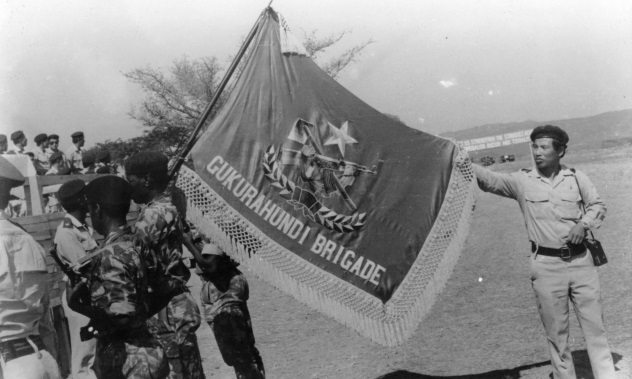 Back in the early 1980s, when Robert Mugabe took over, some people disagreed with the new regime. After all, the country had recently passed through a brutal struggle against white rule; dissent was easily found. There is a well-trod path to curing dissent in a brave new world, and it involves bullets. And rape.

The crack Fifth Brigade of the new Zimbabwean army (trained by North Korean commandos) raped, tortured, and murdered up to 20,000 civilians in 1983. The British ambassador at the time said, “Zimbabwe is important to us primarily because of major British and western economic and strategic interests in southern Africa, and Zimbabwe’s pivotal position there. Other important interests are investment and trade [ . . . ] and the need to avoid a mass white exodus. Zimbabwe [ . . . ] [also] is a bulwark against Soviet inroads.”[2]

So that’s okay then. 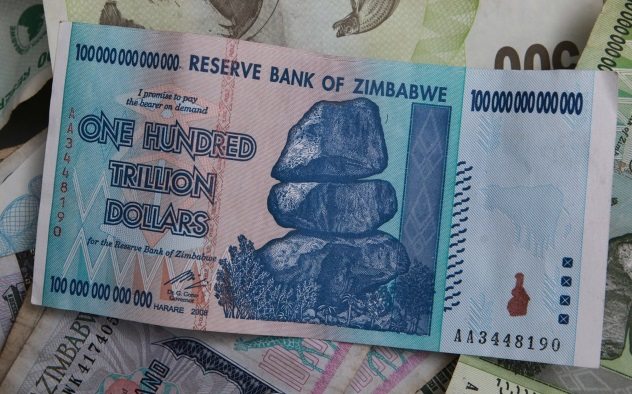 Today, for all imports to the country, you can deal in your own currency. The South African rand and the US dollar are commonly used, and there seem to be several years between where we stand today and Zimbabwe attaining full currency status.

But who could have wrecked an economy so badly that it needed to issue 100 trillion dollar notes[3] in the first place? 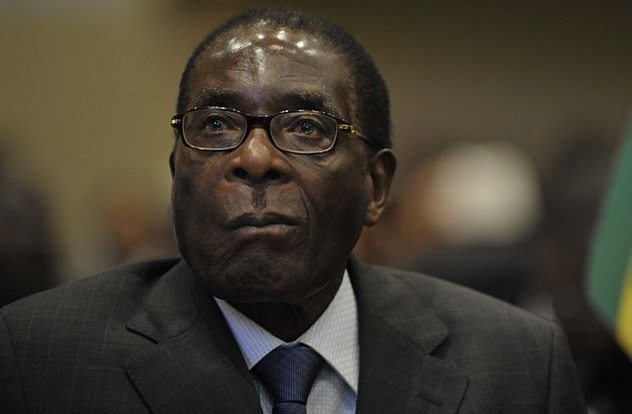 He’s rivaled in modern times for the crown of most insane leader by Kim Jong-un and . . . that al-Baghdadi guy from ISIS? Oh, and Kony. If we’re looking just at people who are off their nut but somehow manage to run countries, you’re hard-pressed to find a better choice. A happy-go-lucky Leninist/Stalinist combo kind of guy, some of his top quotes include:

On Hitler: “I am still the Hitler of the time. This Hitler has only one objective: justice for his people, sovereignty for his people, recognition of the independence of his people and their rights over their resources. If that is Hitler, then let me be Hitler tenfold. Ten times, that is what we stand for.”

On being better than Jesus: “I have died many times—that’s where I have beaten Christ. Christ died once and resurrected once.”

On white people: “The only man you can trust is a dead white man.”[4]

So yeah. And that’s before we talk about what he has actually done.

6 You Can Get Away With Murder 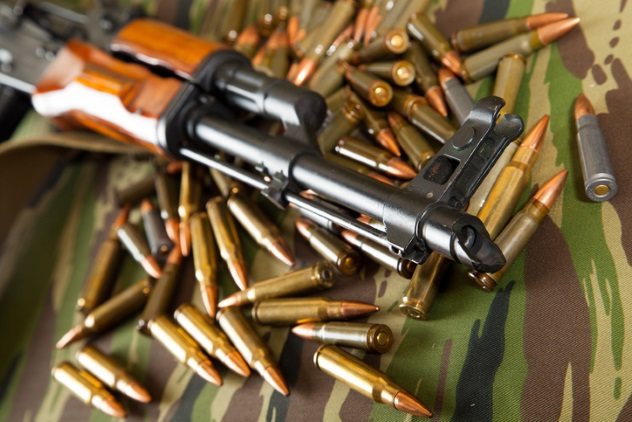 Speaking of dead white people, you might remember that there were quite a lot of those back in 2000. Robert Mugabe told his people to “reclaim” the land from the white farmers. Unsurprisingly, this led to some resistance, ending in some outright murders of farmers by squatters.

Mugabe said recently, “Yes, we have those who were killed when they resisted. We will never prosecute those who killed them. I ask, why should we arrest them?”[5] So it’s good to know that when your victim resists, just kill them. They should leave everything they ever knew and go. Ha, whitey is so dumb.

5 Turning The Corner On Life Expectancy 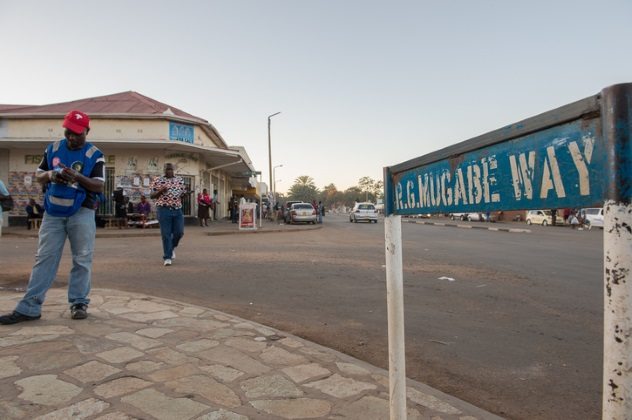 The average Zimbabwean man is unlikely to be able to afford a Harley Davidson to assuage the trauma of his midlife crisis. Up until recently, he was also unlikely to live long enough to ride the hog anyway, as life expectancy in 2006 was 37.[6]

The tragedy here was due to the twin ravages of AIDS and a drawn-out economic collapse. Thankfully, through great advances in antiretroviral medicine and international aid, the average Zimbabwean will now reach 60. Still, this period has left large demographic holes in the population that will take generations to rectify. 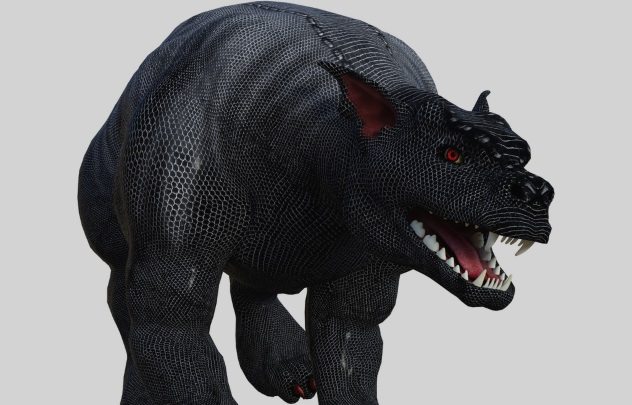 Apart from filmmaker Peter Jackson, not many people in the world understand the nature of goblin attacks. In Zimbabwe, things are a little different. There, you can empty a police station of cops by showing them goblins.[7]

Apparently, due to mishandling by a “traditional healer,” a goblin rampaged through a Bulawayo police station. Some say it had a dog’s head on snake’s body. Some say it was like a dog but with scales. Everyone said it smelled really bad, and then the healer burned it.

“No one told anyone it was time to run. One minute, the charge office was full, the next, it was empty. I think some people went out through the windows because we could not all have fitted through the door. Fat cops and slim cops all ran for their lives screaming,” said a police officer at the scene. 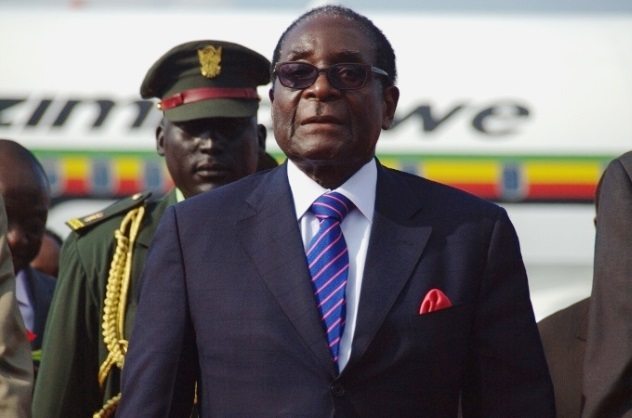 As we all know, the only thing worse than a stinky goblin that has the head of a snake is a homosexual. Rightly, the glorious Robert Mugabe has never even considered the allure of oiled up, well-muscled male dancers. He has also never been filmed stuffing a barely legal twink’s jock strap full of 100 trillion dollar notes. So secure in his own virile heterosexuality is Mugabe that he does the only proper thing and declares that gays should be beheaded.[8]

This is what wisdom looks like. While we now know that Robert Mugabe has rarely sneaked a peek at another man’s Johnson in a public toilet, it cannot be confirmed that he has a secret Grindr account. Such obvious hearsay would be incredibly weird if it were true. Mugabe probably never shares certain pictures with strangers or attends football matches with a close friend called Manny.

They would never hold hands if they did, and any photos of such an event would obviously be forgeries. Robert Mugabe is definitely not further in the closet than Michael Jackson was. 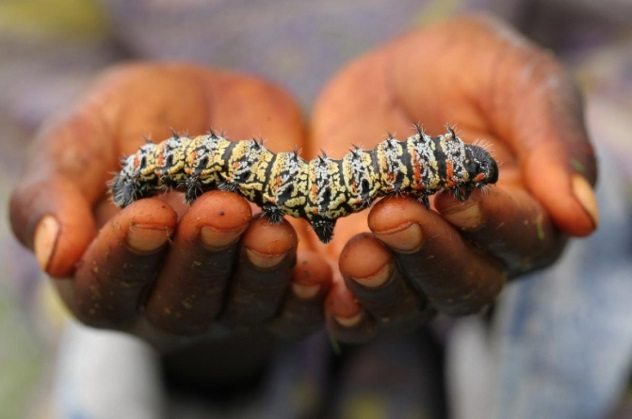 Mopane worms are actually caterpillars, the larvae of a species of emperor moth. Usually found on the mopane tree, these critters form a key part of the diet across much of the region. Being cost-effective—with 3 kilograms (6.6 lb) of leaves producing 1 kilogram (2.2 lb) of worms—the caterpillars are freely available and easy to farm.

This is useful when, for example, you evicted the vast majority of farming knowledge from your country in a giant racist crusade. In any case, the people of Zimbabwe are semi-dependent on these caterpillars for protein. Gram for gram, they contain three times the protein of beef and are apparently quite a delicacy to worm-munching connoisseurs.[9]

Yorkshire pudding looks weird to some folks. too.

1 An Already Poor Country Robs Itself 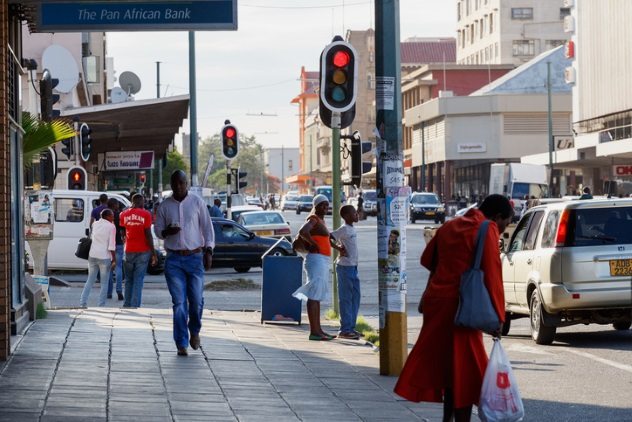 Imagine if in your country, your dealings with public officials came with demands for bribes. For basic services like installing an electricity meter or approving a house plan, there is graft.

Police also are in on the game, which should be a shock to no one who has any experience with the law. The cops even take bribes from drivers at roadblocks. Local government officials also receive bribes. To the tune of $1 billion a year.[10]

The result is (naturally) the sometimes violent protests that cost lives and provide the government with justification for ever more draconian crackdowns. Ever the way with totalitarian regimes, the state misses no trick to punish the people for wanting to live without being ripped off.

Read more about Africa on 10 Tragic Facts About Albino Hunting In Africa and 10 African Civilizations More Amazing Than Ancient Egypt.