We’ve heard all of many strange disappearances of people from planes and ships. But sometimes, whole planes and ships disappear in mysterious ways as well. Sometimes, they’re found in just days, but others are never found at all.

When you’re finally embarking on that long-awaited and much-needed vacation, you might wish you never had to come back. Be careful what you wish for. Here is a list of ten passenger transports that mysteriously vanished. 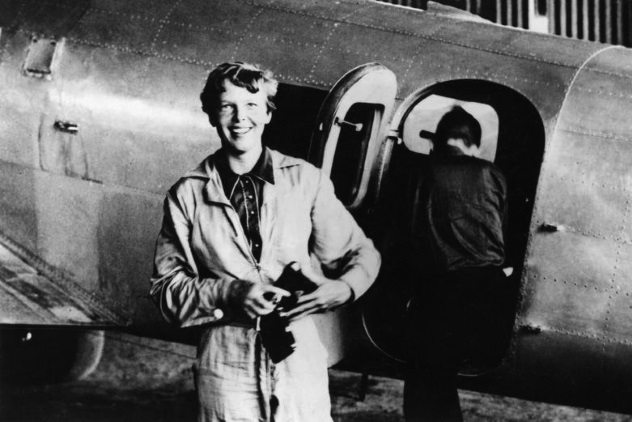 Our first plane disappearance is one of the most famous in history. In 1937, on what became Amelia Earhart’s final journey, she was to travel in her Lockheed Electra from Florida around the globe, following the equator. Earhart was making this trek with her navigator, Fred Noonan. Somewhere over the Pacific Ocean, the plane disappeared. Every search launched to find the missing plane proved unsuccessful. This has led to much speculation as to what happened to Earhart and Noonan.

A theory surfaced in 2017 that Earhart and Noonan actually survived, and they were captured by the Japanese military on the Marshall Islands. This theory comes from a photo that was taken there in 1937. This image shows a barge towing an unidentified plane. Also visible are a man who theorists believe to be Noonan and the back of a woman, who is theorized to be Earhart.[1] This theory has been discredited, but it is amazing how so many years later, speculation about Amelia Earhart’s disappearance is still going. 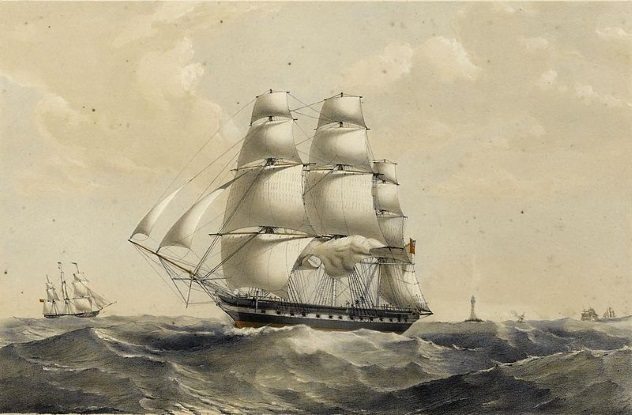 In 1853, the Madagascar set sail from Melbourne to London. This was a merchant ship that carried various cargo and also passengers. Not only did the vessel disappear, but it was never found. Just like any missing ship, there are many theories about what may have happened to it, but the story of the Madagascar isn’t just interesting because it vanished but because of what occurred before the ship left for London.

Before the Madagascar’s disappearance, the ship was loaded with 110 passengers, wool, rice, and two tons of gold. Three of the passengers were arrested just before the ship left port. These arrests have led to the theory that there may have been more criminals aboard the ship. It is postulated that the criminals robbed the ship and killed the rest of the passengers.[2] The cause of the Madagascar‘s disappearance has never been determined. 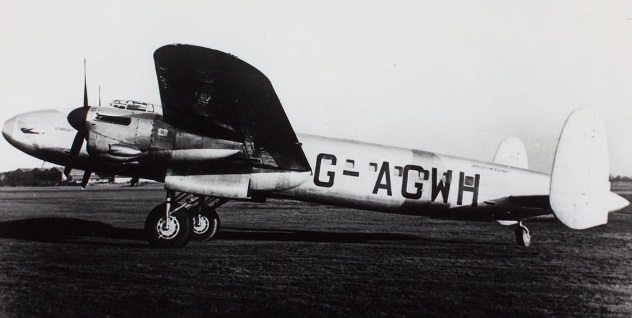 In 1947, the British South American Airways plane Stardust mysteriously disappeared on its trip over the Andes Mountains. In the moments before it vanished, the pilot sent out a Morse code message that read “STENDEC.” The disappearance of the plane along with this strange message had the public so confused that some believed a UFO abduction had occurred. Fifty-three years after the disappearance of Stardust, the public actually found out what happened to the plane.

On a remote peak within the Andes, climbers found pieces of Stardust and the remains of a few passengers who were on the flight. Researchers think the plane crash may have been responsible for an avalanche on the mountain peak. This avalanche buried the plane in snow, which made it even harder for it to be detected.[3] 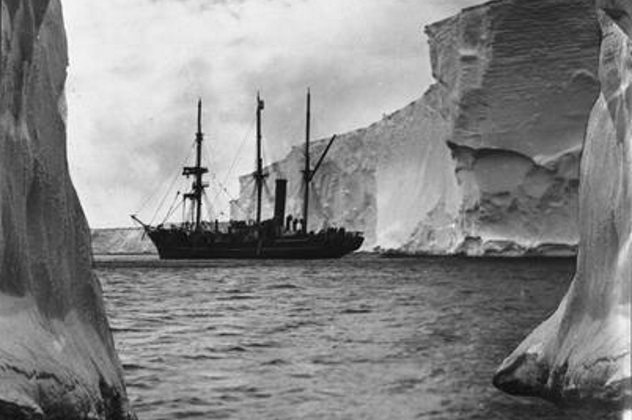 The story of the SY Aurora is one that shows the true power of the ship, but it ends in tragedy. The Aurora was a steam yacht. It was initially built for whaling, but it ended up traveling to Antarctica five times for different expeditions. This ship proved itself by traversing harsh weather conditions each time.[4] It seemed that nothing could bring the vessel down.

In 1917, the Aurora disappeared while traveling to Chile carrying a cargo load of coal. The ship was never seen again, and it is believed to have fallen victim to World War I. After proving itself again and again in some of the roughest weather conditions, this ship still did not survive, and we may never know the true reason why. 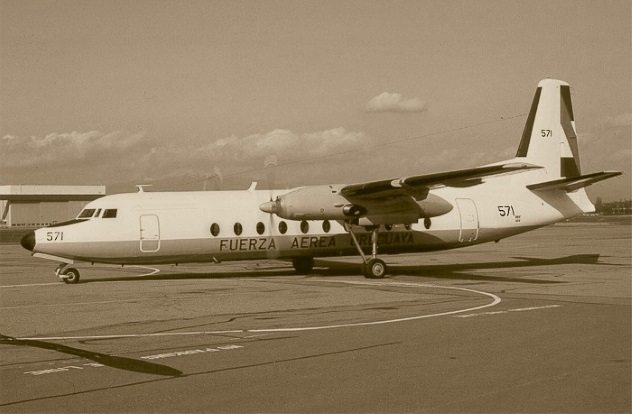 Not only did Uruguayan Air Force Flight 571 go down, but what the surviving passengers had to endure before being rescued is something out of a nightmare. In 1972, this flight was headed to Chile carrying 45 passengers and crew. The flight disappeared over the Andes Mountains on its journey. The crash killed some of the passengers, and the rest were left to try to survive in the harsh conditions for 72 days.

It is hard to imagine how scared and helpless these survivors must have been, but to make matters worse, a avalanche killed eight more of them. With all of this devastation and lack of resources, the remaining survivors had to resort to cannibalism to survive. Only 16 passengers ultimately survived through all of these horrific circumstances.[5] 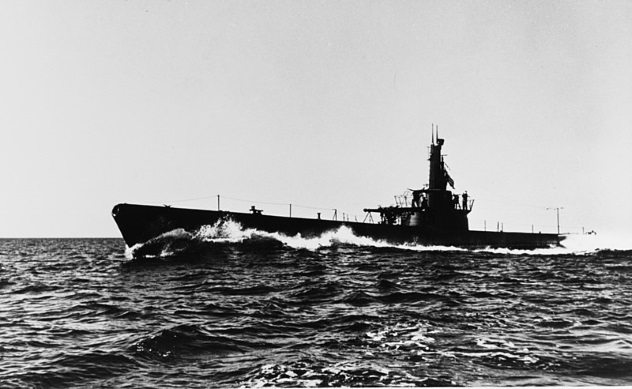 This next entry was actually a submarine. The USS Capelin was in service during World War II. On the ship’s first war patrol, it sank a Japanese cargo ship. The sub then went to Darwin, Australia, for some repairs and set off again for its second war patrol. After the Capelin left, it was never seen again.

It is known that there were minefields along the vessel’s route. This is believed to have been the cause of the disappearance of the Capelin. Since no trace of the sub was ever found, however, mines have not been proven to be the definite cause. There were 76 Navy men aboard when the Capelin vanished.[6] As technology advances, we may one day be able to find a trace of the sub, but for now, this is still a mystery that has yet to be solved. 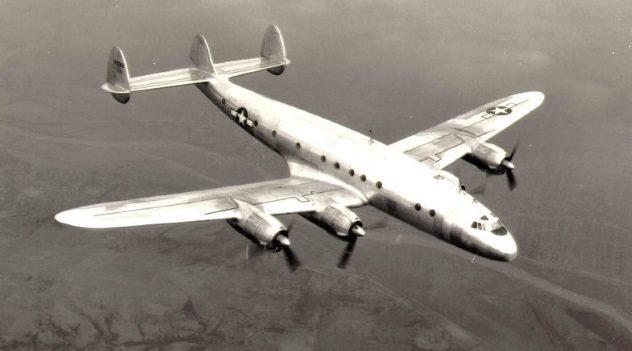 In 1962, Flying Tiger Line Flight 739, a chartered Lockheed Constellation (example pictured above), disappeared along with more than 90 passengers on its way to the Philippines. The Flying Tiger Line was the United States’ first scheduled cargo airline. On the plane’s journey to the Philippines, there was never a distress call sent out from the pilot. This could have been caused by the plane running into trouble too fast and the crew not having enough time to send out a distress call.

The crew of a ship under the flight path of the Flying Tiger plane reported seeing a light in the sky above them, which they believed was the plane exploding.[7] It was also theorized that the plane may have been hijacked or sabotaged in some way, but once again, there was no evidence found to prove this theory. No matter what happened to this plane, all of those passengers disappeared without a trace, making this another tragic mystery. 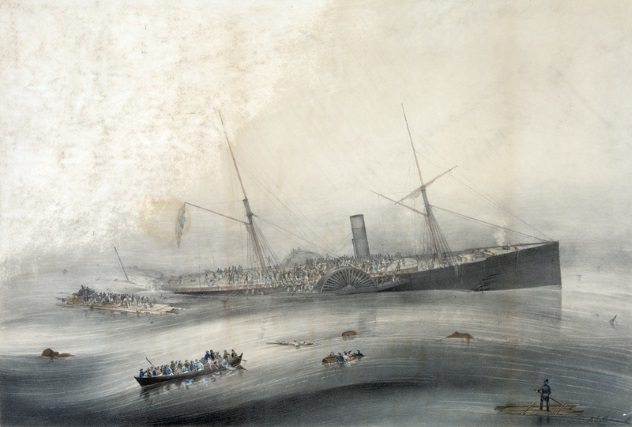 The SS Arctic was an American ship that collided with a French iron steamer in 1854. Neither one of the ships sank right away, but there were many casualties in the collision. There were about 350 deaths from the accident, and no women or children aboard the Arctic survived.[8] After the collision, the Arctic set sail for land but never made it.

The damage that was done to the ship during the collision caused it to sink on its way back to land. Due to the number of fatalities, a monument stands in Brooklyn, honoring those who lost their lives that day. 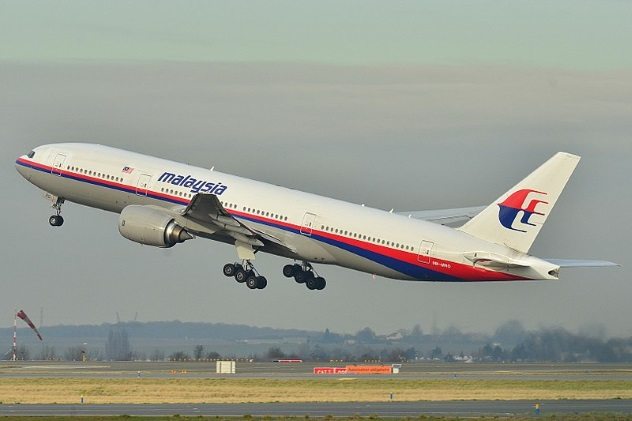 In 2014, Malaysian Airlines Flight 370 was en route to Beijing. The plane had 239 people aboard. After about an hour in the air, MH370 lost contact, and no distress signals were sent out because of this. Before the plane disappeared, the radar showed that it started to travel west, although it was supposed to be heading in a northeasterly direction.[9]

After the flight disappeared, teams were sent out to search areas of the Indian Ocean. Only a small amount of debris has been found. Searches began anew in 2018, looking for further traces of the aircraft. Even though there have been so many efforts to find MH370, the plane and its passengers still haven’t been located. 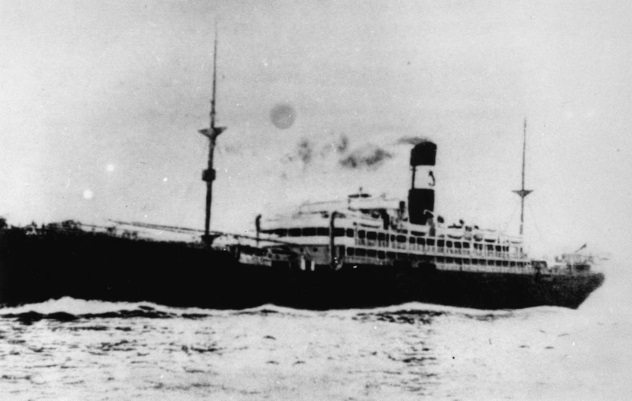 The SS Waratah was a steamship that sailed from Europe to Australia and then back again. The ship could hold 700 passengers and had 100 first-class cabins.[10] In 1909, on the ship’s return trip back to Europe, it mysteriously disappeared and was never seen again.

The Waratah was seen was at the South African port of Durban. After that stop, it was supposed to make port in Cape Town but never made it. During the ship’s trip from Durban to Cape Town, it experienced rough weather, which researchers believe may have led to the sinking and ultimate disappearance of the SS Waratah.