Some of the most fascinating and legendary criminals were train robbers. The 19th and early 20th centuries were filled with train heists. Some were even masterminded by legends like Jesse James and Butch Cassidy.

Many train robbers got away with millions of dollars in cash, gold, silver, and bank notes. The exploits of some were sufficient to make train robberies an iconic image of the Wild West, but such crimes were not an exclusively American phenomenon. Here are ten of the most memorable train heists in history. 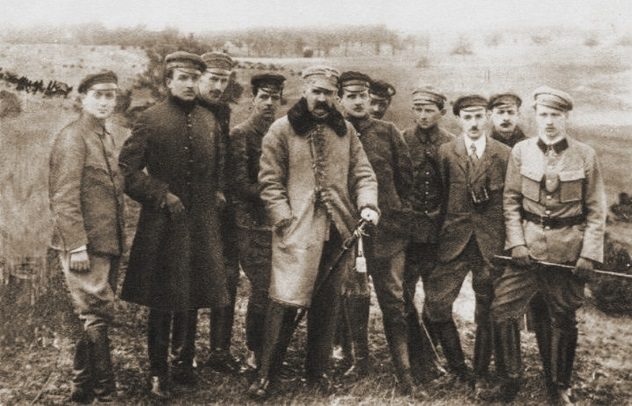 In an attempt to help free Poland from Russian occupation, Jozef Pilsudski put together a plan to overtake a train in the town of Bezdany in 1908. Pilsudski founded a military school for the training of the Bojowki, which was a militant arm of the Polish Socialist Party. The members of the Bojowki who took part in the raid on the train were 16 men and four women, including Pilsudski’s lover and future wife.

Six of the members were on the train disguised as passengers, and the remaining members were assembled at the train station. When the train came to a stop at the station, one group assaulted the train, while the other took control of the station. Bombs were used in the attack, and a short firefight ensued, killing one Russian soldier and injuring others. They quickly surrendered, and Pilsudski and the group promptly blew open the mail cart with a bomb.

The group looted around 200,000 Russian rubles. The money was used to help fund their military organization fighting for Poland’s freedom. It is known today as one of the most daring and successful train robberies ever.[1] 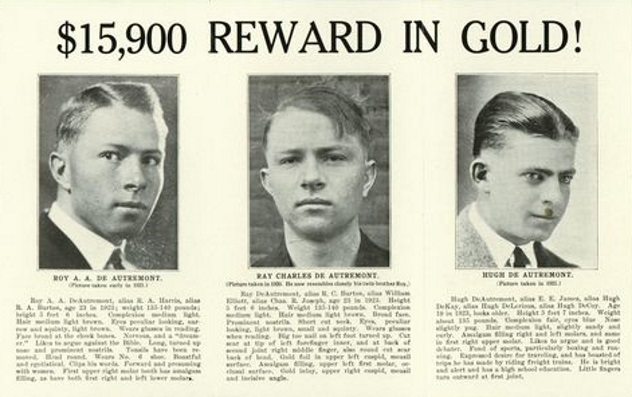 By the 1920s, train robberies had started to decline, but there was a violent attempt in 1923 by the DeAutremont brothers. Twin brothers Roy and Ray DeAutremont and their younger brother Hugh ambushed a Southern Pacific train in Oregon as it was emerging from a dark tunnel.

The brothers didn’t plan out their ambush very well, which was evident when the boys tried to blow up the mail cart. The brothers used too much dynamite, destroying the mail cart and killing the mail clerk. They also shot and killed the conductor, fireman, and engineer during the raid. The brothers believed the cart was supposed to be carrying $40,000 in gold, but they were surprised when there was none to be found.

The brothers fled the scene quickly and went unnoticed for three years before being caught. The DeAutremont brothers were convicted for their crimes, and each was sentenced to life imprisonment.[2] 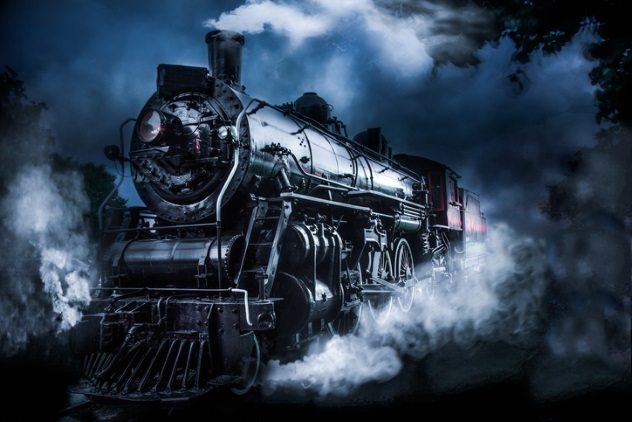 While many train robberies were high-profile crimes, the Great Gold Robbery of 1855 was an inside job that nobody witnessed. The gold on the train was secured into three separate boxes but had disappeared by the time the shipment had reached its final destination in Paris. The gold was loaded onto the train in London, tightly secured in boxes that were covered with iron bars and locks, and sent to Folkestone to be put on a boat to France. When the boat reached Boulogne, the boxes’ weights were off, but they were nevertheless sent on to Paris.

It was concluded that at some point between London and Folkestone, around £12,000 of gold had vanished. Police knew the robbery had to have been an inside job and started working on finding the men responsible. Edward Agar and William Pierce were the masterminds, and they let two other men in on their plan: James Burgess, the train guard, and William Tester, the stationmaster.

They created copies of the keys that would unlock the boxes filled with gold. Once the men broke into these boxes, they replaced the gold with lead shot to make up for the weight that was now missing. Even with careful planning and patience, the four men were eventually caught for their crime.[3] 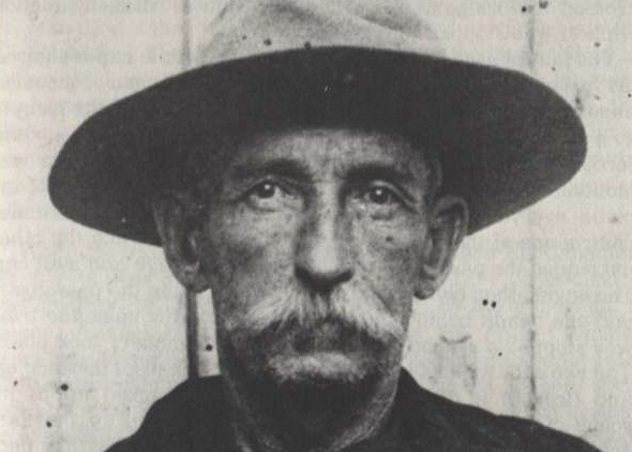 The first successful train robbery in Canadian history was in 1904 by Bill Miner. Miner and two other men boarded a Canadian Pacific Railway train at the Mission Station while the area was covered in a dense fog. Once the train left the station, the bandits held both the engineer and fireman at gunpoint. The engineer was forced to stop the train 8 kilometers (5 mi) up the track and release the passenger cars from the engine and express cars.

The engine and express cars moved farther along the track, and then Miner and his men forced the express messenger to open the safe. The safe contained $6,000 in gold dust and $1,000 in cash, and Miner also stole $50,000 is US government bonds and $250,000 in negotiable Australian securities.

Miner and the other two men managed to escape the area without being caught. Authorities suspected Miner because he fit the description of the robber, but they were unable to locate him. After attempting to rob another Canadian Pacific Railway and only making off with $15, Miner and the men were located at their nearby campsite. The three men were arrested and sent to prison. Miner would later tunnel his way out of prison and was never seen again in Canada.[4] 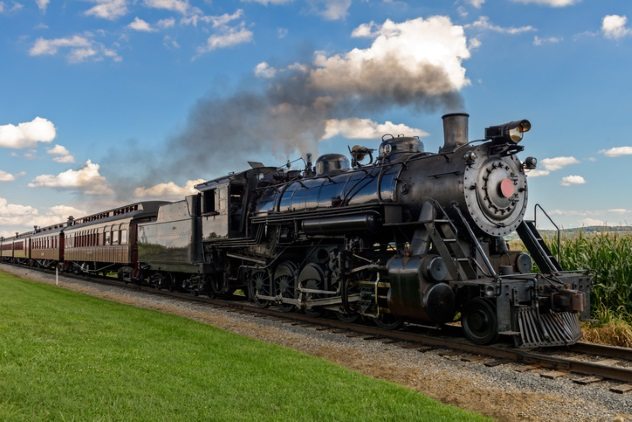 In 1924, the Newton brothers (Willis, Doc, Jess, and Joe) committed the largest train robbery in US history. The brothers were known to have robbed more than 80 banks and six trains during their criminal careers.[5] They recruited a postal inspector to help them create the perfect train heist. Two of the brothers boarded the mail train and pulled guns on the engineer. They then forced the train to stop in Rondout, Illinois.

The other brothers and accomplices were waiting in Rondout with a fleet of cars. The brothers used tear gas bombs to stun the passengers and armed mail clerks on the train. The guards finally surrendered, and the Newtons stole several sacks containing more than $3 million in cash and bonds. The group escaped, but Doc was accidentally shot in the confusion. The Newtons were later apprehended at the hospital where Doc was receiving medical attention. 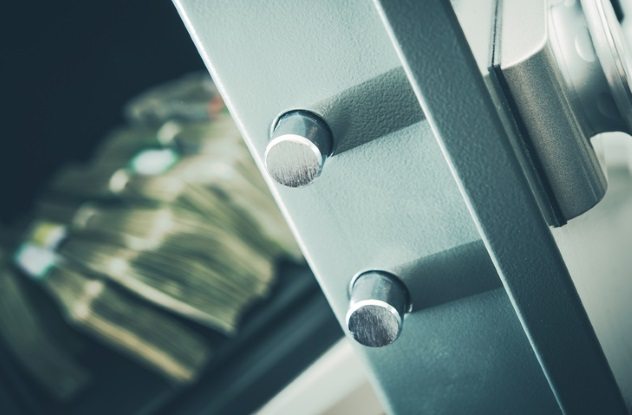 A gang of 15 thieves stole £2.6 million in bank notes from a London mail train in 1963.[6] It was known as the biggest train robbery in British history. The thieves tampered with a signal at a crossing so that it would show a red light. When the train came to a stop at the compromised signal, the masked men jumped aboard the train and started beating the driver with a metal rod.

The men formed a human chain and unloaded 120 bags of money into vehicles that they had waiting. The robbers hid in a farmhouse for several days before splitting the money and going their separate ways. The authorities were able to gather fingerprints and other information from the house, which led to the capture of 12 of the men. 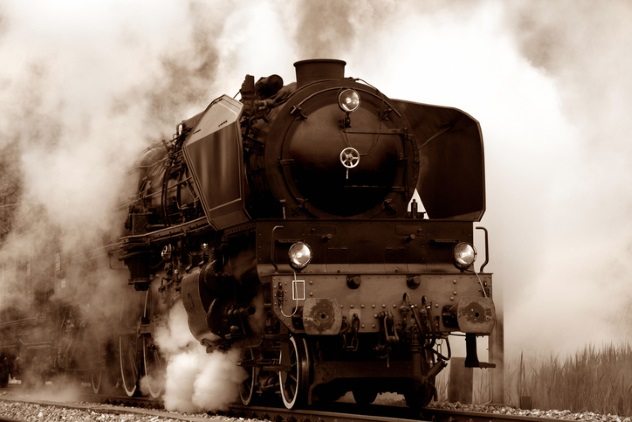 In the 19th century, Butch Cassidy led a group of robbers known as the Wild Bunch. The group was responsible for numerous train heists, but the Wilcox Train Robbery is one of the most famous. While Cassidy is generally accepted to have masterminded the heist, he isn’t believed to have personally participated in it.

In 1899, members of the gang flagged down the first section of a two-section train in Wyoming. When the train stopped near the Wilcox Station, members of the Wild Bunch told the engineer to cross a nearby bridge. Once the train crossed the bridge, they set off dynamite, damaging the bridge and keeping the second train from reaching them.

They also used dynamite to open the doors of the train cars as well as the safes. The group gathered cash, gold, bank notes, scarf pins, pairs of cuff buttons, and watches from the train, all of which amounted to over $50,000. After grabbing the loot, they all quickly disappeared into an enclave in the middle of Wyoming.[7] 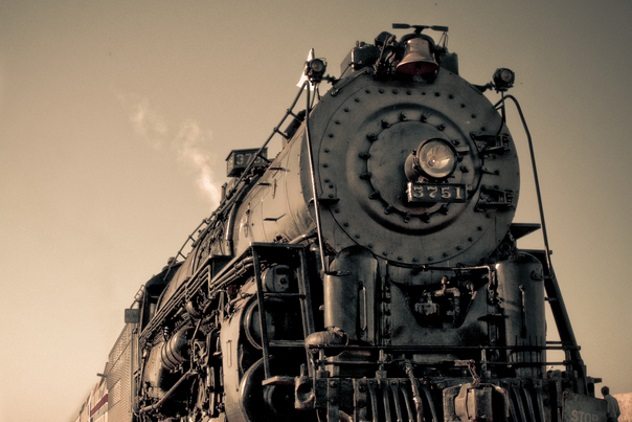 In 1925, a militant organization dedicated to freeing India from British rule robbed a train in Northern India. A group of the revolutionary activists stopped the locomotive in the small town of Kakori. They subdued the train’s guard and passengers before forcing the safe open and stealing all of the cash. The money stolen would be used to fuel their rebellion.

Only a month after the robbery was committed, around 40 people were arrested for conspiracy and their crimes on the train. Twenty-nine of the members were put on trial, and most of them ended up with sentences of up to 14 years. Two of the men were acquitted, and two others were even pardoned. One man was given a life sentence, and four of the men were sentenced to death.[8] 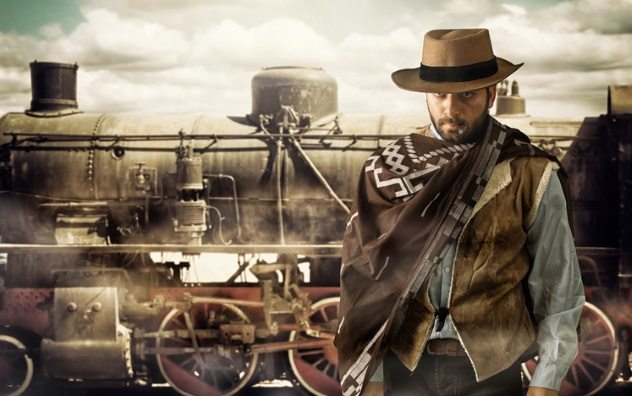 The first train robbery in Nevada occurred in 1870 in the small town of Verdi. A small group of five men were tipped off that a nearby train would be carrying around $60,000 in gold and silver. The men rode their horses to Verdi and set up a barrier across the tracks. When the train rolled through the town, the five men boarded it and quickly took over the engine and express cars. They separated the two cars from the rest of the train, and then the robbers quickly stuffed their bags with the loot and rode off into the darkness on their horses.

The men were able to leave with roughly $41,000 worth of gold and silver. They left behind about $15,000 in gold bars and $8,000 in silver, because it was simply too heavy to carry back with them. A reward was posted by the state of Nevada, the Central Pacific Railroad, and Wells Fargo for finding the robbers, and the five men and three other accomplices were captured shortly after. Most of the gold was also found with the men and returned.[9] 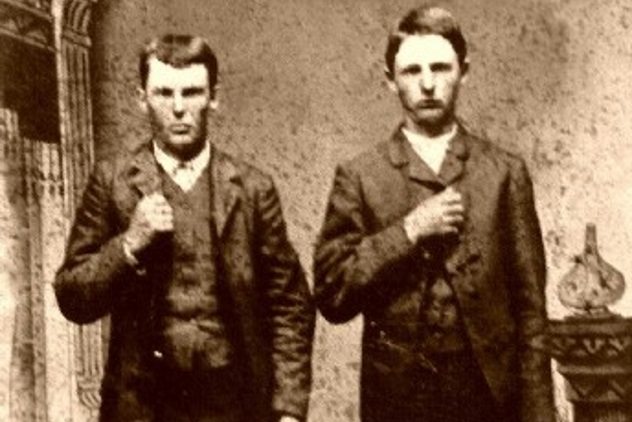 Jesse James’s robbery of the Rock Island train in 1873 is known as the first train robbery in the West, even though the Verdi train robbery predates it. James and his gang of outlaws loosened a section of the track with a rope, causing the train to flip on its side when it reached that section. The crash killed the engineer and injured the fireman.

Jesse and his brother Frank quickly boarded the derailed train and confronted the express manager. The manager opened the safe for the men, and they tied him up and threw him in a corner. The men managed to escape with only about $2,000 worth of loot, much less than they’d hoped for. The two then proceeded to rob the passengers of the train, taking all of their money and valuables. This would be the first of many train robberies for Jesse James and his gang of outlaws.[10]

Read about more daring and unbelievable thefts on 10 Impossible Heists Pulled Off By Real Thieves and 10 Audacious Historical Heists Fit For Hollywood.