A single detail can change everything about a monument, the written record, or an entire field. While not all discoveries are dramatic, every recovered piece is valuable. Even the shortest chapter of history is rarely complete.

Pieces can turn up anywhere, hidden in plain sight or where none are expected. But it is not all about the ruins. Evidence of conflict during the first contact between civilizations as well as sidelined siblings of famous people can infuse history with fire and pain. 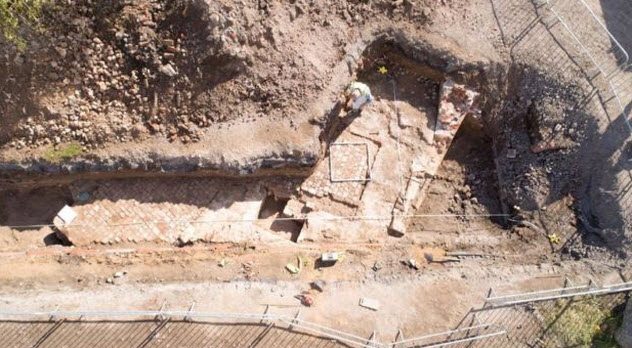 When King Henry VIII picked a scrap with the Church, he sacked over 800 religious institutions across England. He primarily went postal on monasteries and nunneries to steal their wealth.

But in 2017, a new find in the city of Hull showed that the king also poached building material. A year after the looting spree (1536–1540), the monarch ordered the construction of a blockhouse. It was to toughen the defenses of Hull and provide safety for gunners and stored weapons.

During excavations of the badly damaged site, archaeologists found the original floors beneath the one laid in the 19th century. Then they found the first walls and discovered that pieces of monasteries were included in the mix. Found entirely underground, the walls still stood 1 meter (3 ft) high in some places. The ruins also included gun ports with side chambers.[1]

Apart from finding the traces of the demolished monasteries, the recovered blockhouse is a great historic recovery overall as it ranks among the first defenses built on Henry VIII’s orders. 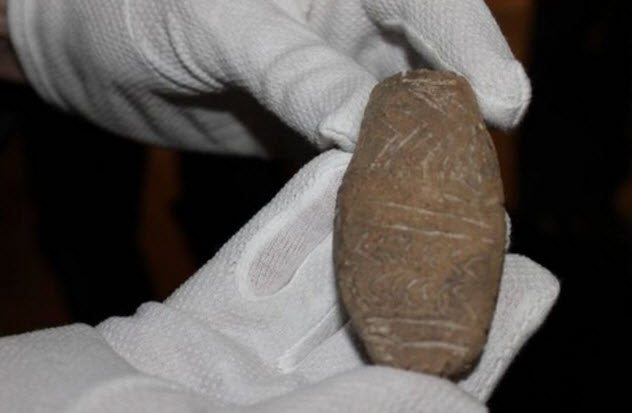 In 2016, a fragment turned up beneath a Roman road station in Bulgaria. Marks on the surface made the 7,000-year-old piece a good candidate for the world’s oldest writing. But a year later, another Bulgarian find—this time, a complete slab—could beat that record by a millennium.

The tiny artifact was made of clay. Somebody pushed repetitive symbols into the surface. Although they look like lines and sergeant stripes to the ordinary eye, archaeologists got excited.

Found near the town of Nova Zagora in an ancient riverside village, it showed similarities with other inscribed artifacts from Bulgaria. None matched its antiquity, however.

Archaeologist Tatyana Kancheva said, “These symbols, these signs are widely distributed not just in Bulgaria but also in Romania, in Serbia, all over the Balkan Peninsula, but those are from the fourth to fifth millennium. [ . . . ] There are similar signs which were inscribed on all kinds of artifacts.”[2]

If this is some kind of script, the meaning of the writing remains an unbroken code. Researchers have faith that its message is important, probably something akin to a harvest calendar. 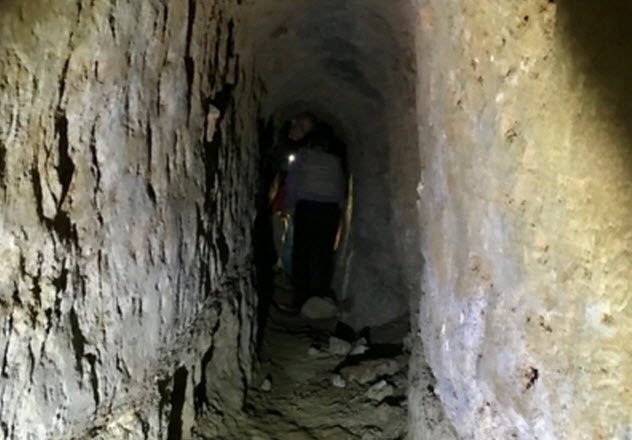 One of the monuments destroyed by the militant group ISIS was a shrine shared by Muslims and Christians in Iraq. It was believed to house the tomb of the biblical Jonah in the ancient city of Nineveh.

Researchers found that looters had dug tunnels underneath the grave. Four of the passageways contained a surprise—inscriptions that were 2,700 years old. The passages describe the genealogy, religious reforms, and territory of the Assyrian king Esarhaddon.

Descriptions of his borders ranged from the geographical “king of Assyria, governor of Babylon, king of Sumer and Akkad, king of the kings of lower Egypt, upper Egypt and Kush” to the fanciful “king of the world.” The latter and his ancestors were listed on the back of a subterranean statue.

The new details can now be added to writing found during the 1987–1992 excavations of the shrine, which describe the brutal exploits of Esarhaddon. The destruction of Cilicia was recorded on a small clay pyramid in his own words: “I surrounded, conquered, plundered, demolished, destroyed and burned with fire twenty-one of their cities together with small cities in their environs.”[3] 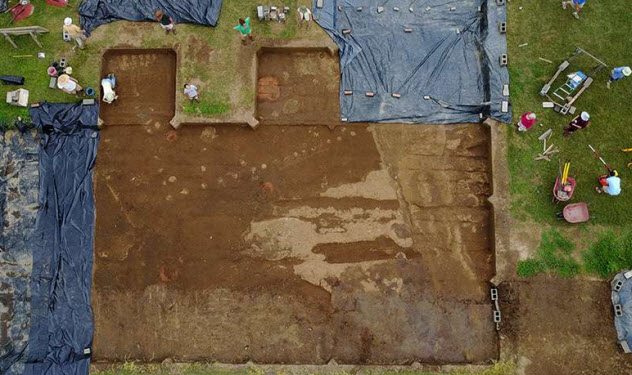 For years, researchers searched for Fort San Juan, the first-known attempt of Europeans to stay in the interior United States. In 2013, it was tracked down in North Carolina.

As one of the earliest groups to interact with the locals, archaeologists wondered if their relationship was solid or fraught with conflict. The fact that the residents of Fort San Juan were Spanish conquistadors was not a good sign. Spanish interaction with natives is widely known to have been oppressive.

Worse, before the fort builders came, another group of conquistadors squeezed local villages in 1540 for food and labor. When the Native Americans refused, they were attacked. The Spanish moved on.

Two decades later when Fort San Juan was erected, the locals were no longer defenseless. Perhaps because of what they had suffered in the past, a nearby settlement called Joara had grown hostile and burned the two-year-old fort in 1568.[4]

In 2018, researchers discovered that the sacked houses had Native American designs. It is not clear whether the locals or the Spanish built them. But at least the question of their ultimate reaction to each other was answered, and it set the mood for things to come. 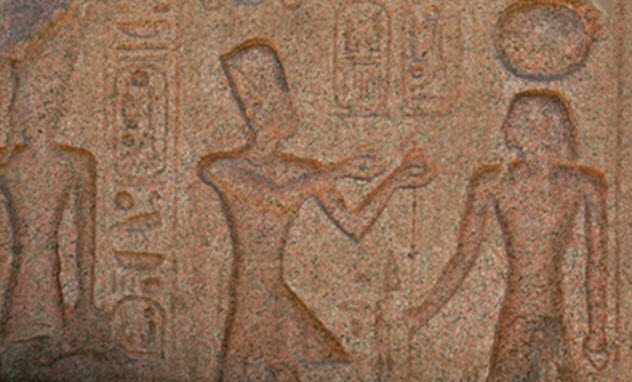 In the ancient Egyptian city of Tanis rests a neglected site. Called San Al-Hagar, it has already proven to be a worthy archaeological site. Temples have turned up at San Al-Hagar since the 19th century, many dedicated to the goddess Mut as well as the gods Amun and Horus. One Mut temple even had its own sacred lake inside.

In 2018, a renewed effort to explore and preserve San Al-Hagar turned up a large granite stela. Found upright, the red stone depicted the well-known pharaoh Ramses II making an offering to a deity. The Egyptian authorities did not identify the god or entity that was worthy of the king’s worship.[5]

Ramses II was one of the most famous and longest-reigning pharaohs. He commanded Egypt until he died at age 90. The stela and its undeciphered hieroglyphs are an encouraging find for those aiming to turn San Al-Hagar into an open-air museum. 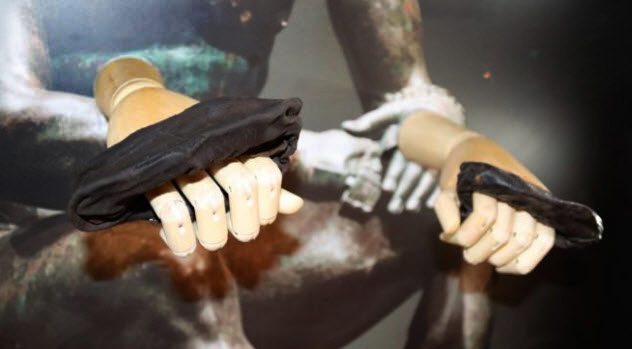 Thanks to sporty statues and paintings, researchers know that Romans used boxing gloves. They looked a little different from their modern counterpart—more knuckle band than glove. Despite the countless Roman sites that have been excavated, not a single glove had ever turned up.

In 2017, a cache of artifacts was unearthed near the ancient fortification known as Hadrian’s Wall in Northumberland. Among the weapons, clothing, and writing equipment was a pair of 2,000-year-old sparring gloves.

Skillfully made of leather, they fit the knuckles snugly but were not the same size. The larger one contained natural fiber, much like stuffing. Inside the smaller glove, however, was a hard coil of leather.

Even though this ensured a more painful jab, the gloves were tame considering what historians knew about ancient boxing matches. Gloves used for real fights usually contained metal. In all probability, the rare find was a training set.[6] 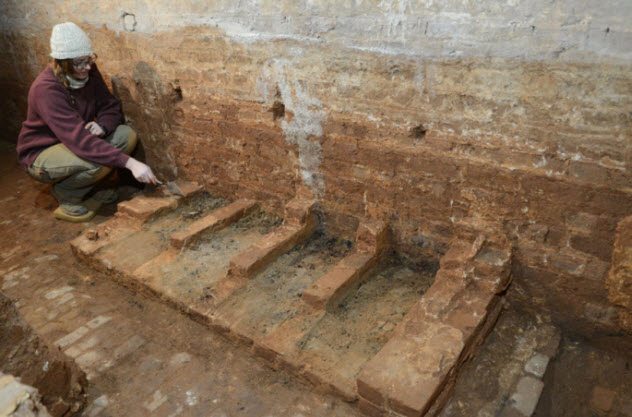 Thomas Jefferson owned several slaves who were the half siblings of his wife, Martha. (They shared a father.) The most famous was Sally Hemings, with whom Jefferson may have had several children. A lesser-known half brother of Martha and full sibling to Sally was James Hemings.

Far from being ignored by Jefferson, 19-year-old James was taken to Paris to learn French cooking. Jefferson was fond of the cuisine, and it was also a sign of wealth at that time to have French food served in one’s house.

James Hemings is a historical shadow. Almost nothing is recorded about his life even though he introduced meringues, creme brulee, and macaroni and cheese to the United States.

Recently, renovations at Jefferson’s plantation, Monticello, found the enslaved chef’s kitchen. All this time, it had been hidden in a cellar-turned-visitors’ bathroom. When fully excavated in 2017, the remains of stoves identified Hemings’s kitchen. They were stew stoves, rarely used by Americans at the time but popular in France.[7]

The discovery is valuable because it is difficult to link a slave from history with physical traces of his life, such as Hemings’s workplace and equipment. Though eventually freed, James died a few years later from an apparent suicide. 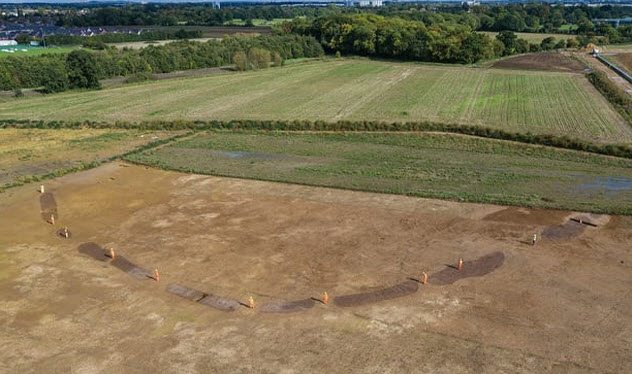 Within sight of Windsor Castle, one of Britain’s oldest monuments revealed itself in 2018. Archaeologists investigated the area and expected to find small houses and traces of prehistoric farming. Instead, they found an oval with a perimeter of 500 meters (1,640 ft) with ditch segments. It was a causewayed enclosure around 5,500 years old.

This kind of location, encircled with ditches, has long been considered a ceremonial center. The Windsor find added a heap of evidence to support that theory. There were vast amounts of animal bones, domestic and wild, reminiscent of feasting.

Deliberately smashed ceramics suggested that the festivities reached a fevered pitch at one point. Expertly manufactured weapons and tools also turned up. The exceptional trove of artifacts makes the site unusual, too. Normally, causewayed enclosures do not yield much in that way.

In addition, it was more intact than most similar structures. This could allow a more complete understanding of these gathering places. Curious human remains turned up as well. One person was missing a femur and skull. Another skull, showing cut marks, had been purposefully left at the bottom of the ditch.[8] 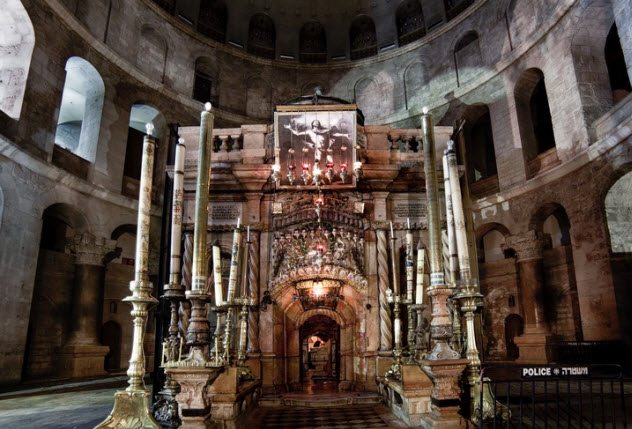 For years, visitors to Jerusalem’s Holy Sepulcher carved their marks into a slab discarded in a corner. Eventually, the table-sized rock became known as the “graffiti stone.”

In 2018, a fragile part of the church needed restoration and the stone was moved out of the way into another corner. But it was reversed, showing the side that had been hidden for decades.

An Israeli researcher noticed circular designs and exquisitely inlaid red stone within the limestone. The rings matched the trademark of an artisan family employed by Pope Urban II. The slab was no longer viewed as a lost piece of junk. The papal link, high craftsmanship, and location were all clues to its true identity.

The area that underwent renovations was the Aedicule.[9] In 1808, it had also received a makeover after a devastating fire. But sometime during reparations, the high altar disappeared. In the 12th century, it had been placed there by the Crusaders, who took control of the church 700 years after it was built.

Researchers believe that the graffiti stone could be the missing high altar on which Mass was said for the next five centuries. Ironically, it had been close to its original position and in full view the entire time.

1 Graveyard Under The Sea

Venice in Florida is a rich hunting ground for fossil seekers. In 2016, a diver found a jaw near Manasota Key. He kept it at home for a few weeks before becoming suspicious that the remains might be human. An expert quickly confirmed this. In addition, the jaw belonged to a prehistoric individual.

A research team soon submerged themselves beneath the waves where the bone had been discovered. They found more skeleton fragments and wooden stakes. The conclusion was an unprecedented find: a 7,000-year-old bog cemetery swallowed by the ocean.

What made this so spectacular was the level of preservation. Somehow, the skeletal pieces and artifacts survived millennia under the sea, the rough waves, and experts’ belief that no ancient site could ace these conditions.

Excavations in 2017 turned up six individuals, textiles, and sharp stakes. Since the graveyard roughly covers an acre, more skeletons are expected. Their age places them among the first Native Americans to abandon the hunter-gatherer way for villages.[10]

Organic material was also found in dense quantities. This fits a theory that burial practices at the time involved placing the deceased in woven material which was then staked to the bottom of a pond.

For more intriguing facts about ancient sites, check out 10 Ancient Sites That Might Be Stargates, Portals And Wormholes and 10 Intriguing Discoveries At Famed Ancient Sites.